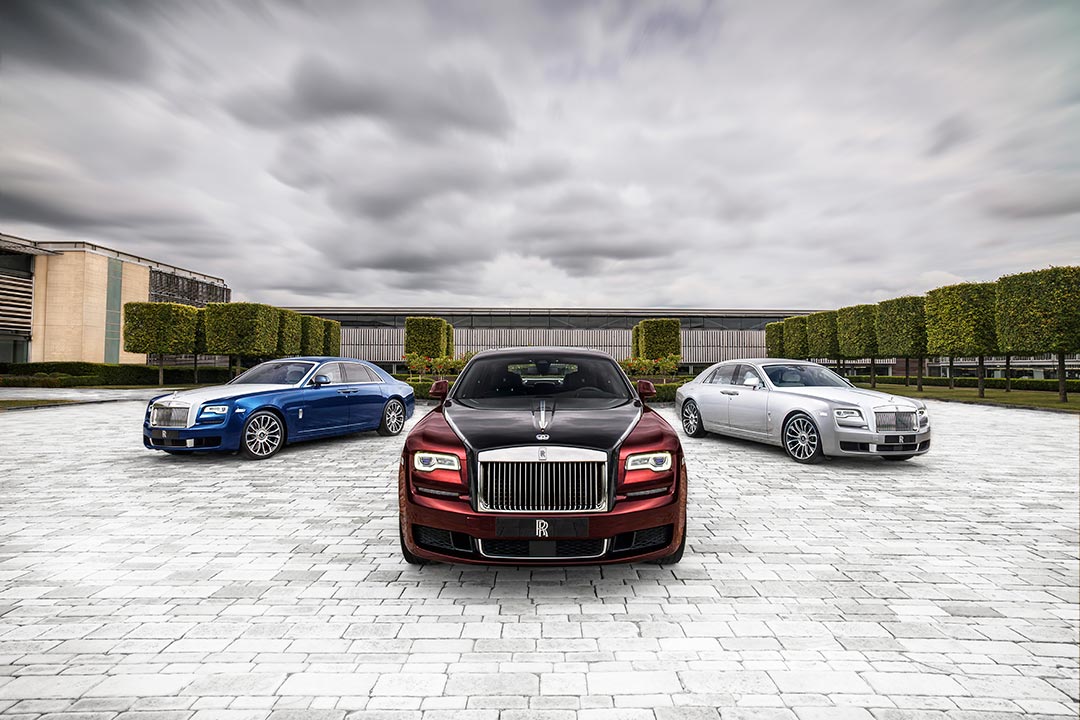 The four-door saloon was the marque’s most popular model.

Rolls-Royce knows exactly how to say goodbye to one of its most beloved models—with an extremely limited bespoke edition.

On Wednesday morning, the revered British automaker announced it would bid adieu to the best selling Ghost with a Zenith Collection. Limited to just 50 examples, the run seeks to end the nameplates’ decade-long tenure in style, capturing the car at its most luxurious with more bespoke touches and flourishes than any previous iteration. The next-generation version of the vehicle will debut in 2020.

Referred to by the brand as its most “modern, lithe and driver-focused” automobile, the Ghost’s roots go back to the more-than-century-old Silver Ghost. But it wasn’t until 2009 that the car as we now know it made its debut at that year’s Geneva Motor Show as the 200EX concept. In the decade since, the four-door saloon quickly became, and remains, the marque’s most popular model, lowering the average age of Rolls-Royce drivers in the process.

Traces of the 200EX concept can be seen all over the Ghost Zenith. The most significant is a commemorative ingot made from the melted down metal of the concept’s Spirit of Ecstasy hood ornament that’s been engraved with the Ghost’s primary character lines and text explaining its history. The console is also engraved with a blueprint-inspired artwork that’s unique to each Ghost Zenith but also unites the line. Additionally, the car’s Spirit of Ecstasy and clock are both engraved with the collection’s name.

The saloon’s doors feature ambiently lit pockets, along with a complex piece of marquetry—made from either wood, technical fibre or piano finished veneer—that transitions from the driver cabin to the passenger suite, to highlight that the vehicle was designed with both in mind. The rear seats feature contrasting leather and embroidery inspired by the 1907 Silver Ghost. As for the headliner, that changes depending on what wheelbase the customer chooses for their Ghost Zenith. The long-wheelbase features a liner inspired by the Spirit of Ecstasy, while the short-wheelbases offer a starlight pattern consisting of 1340 individually woven fibre optic lights. 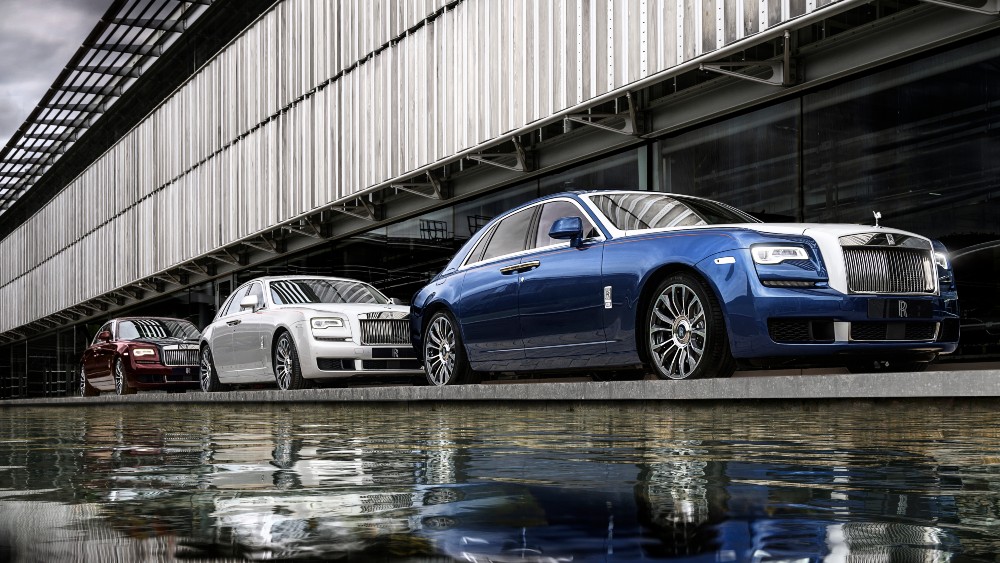 The bespoke details don’t stop inside the car. The Ghost Zenith is available in one of three two-tone, gloss-contrast colour schemes—Iguazu Blue with Andalusian White, Premiere Silver with Arctic White or Bohemian Red with Black Diamond.

This marks the second time Rolls-Royce has said goodbye to a model with a Zenith Collection edition. But just as with the 2016 Phantom Zenith, the Ghost Zenith won’t be easy to acquire. The automaker didn’t release pricing information, but you can certainly expect a figure north of the “standard” Ghost’s $545,000 starting price. Check out more photos of the car and its luxe interior below: 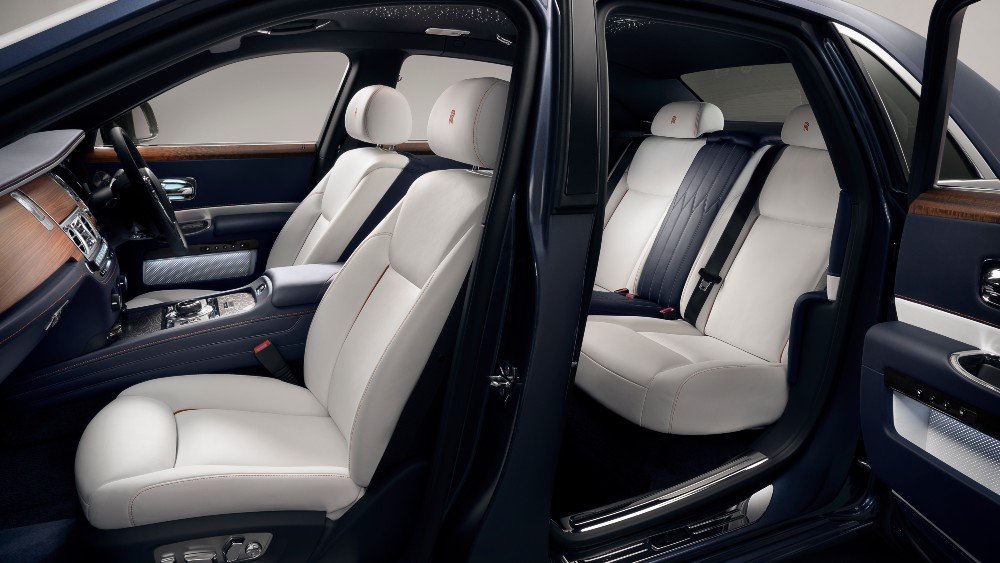 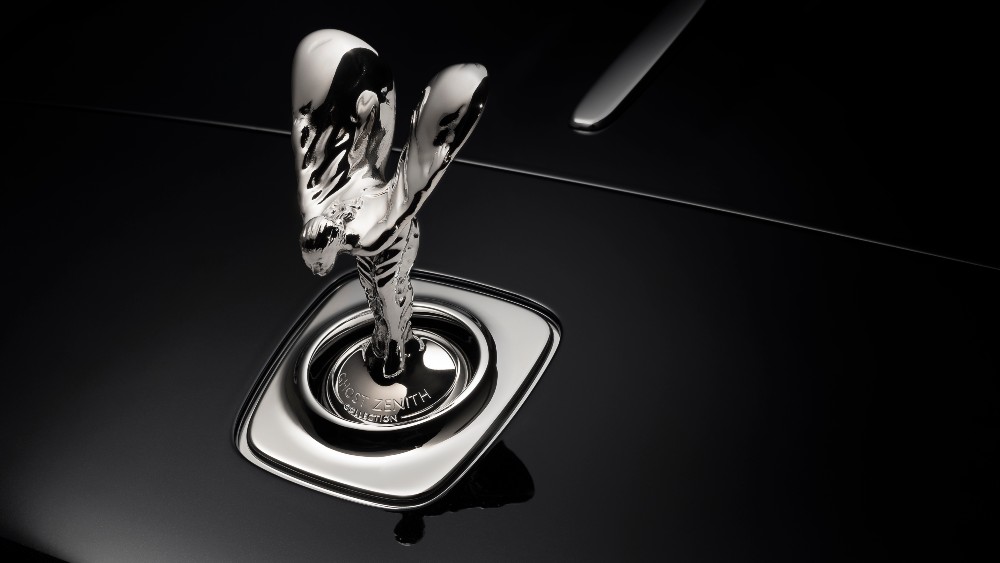 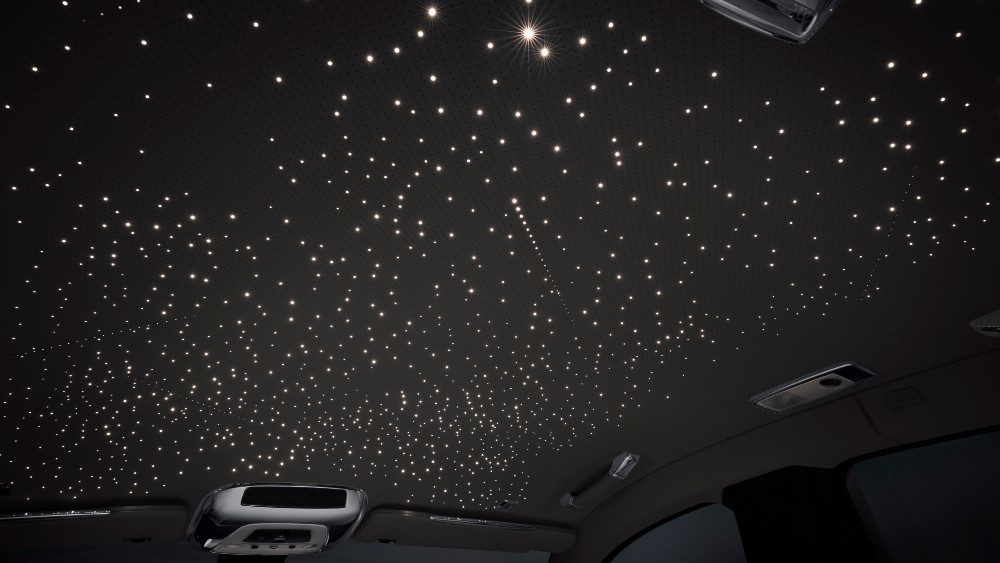 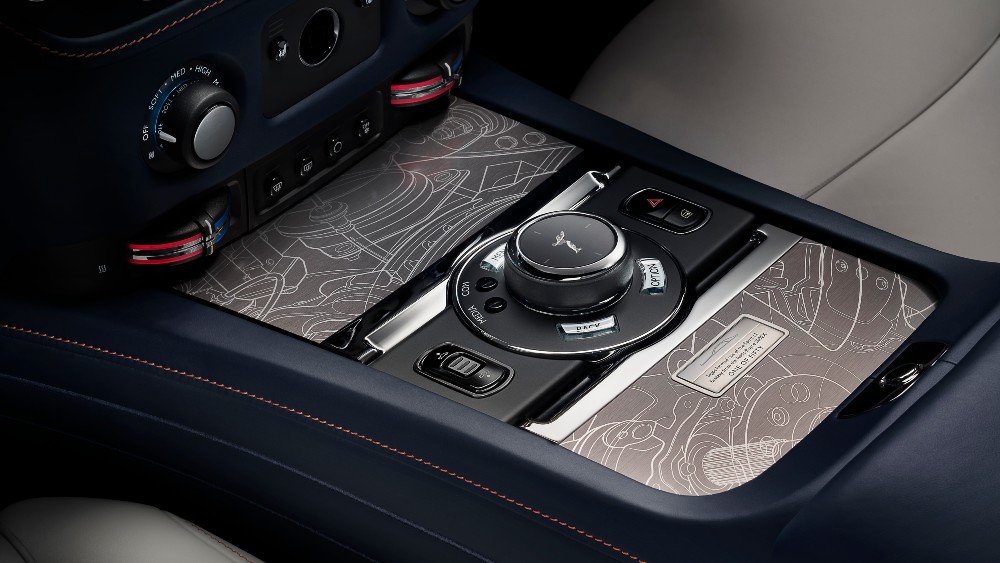 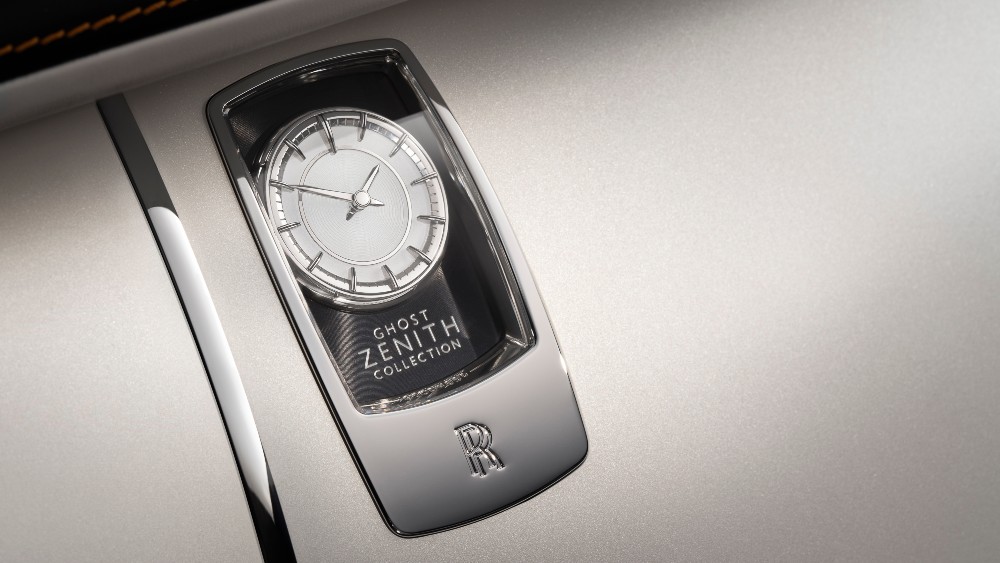 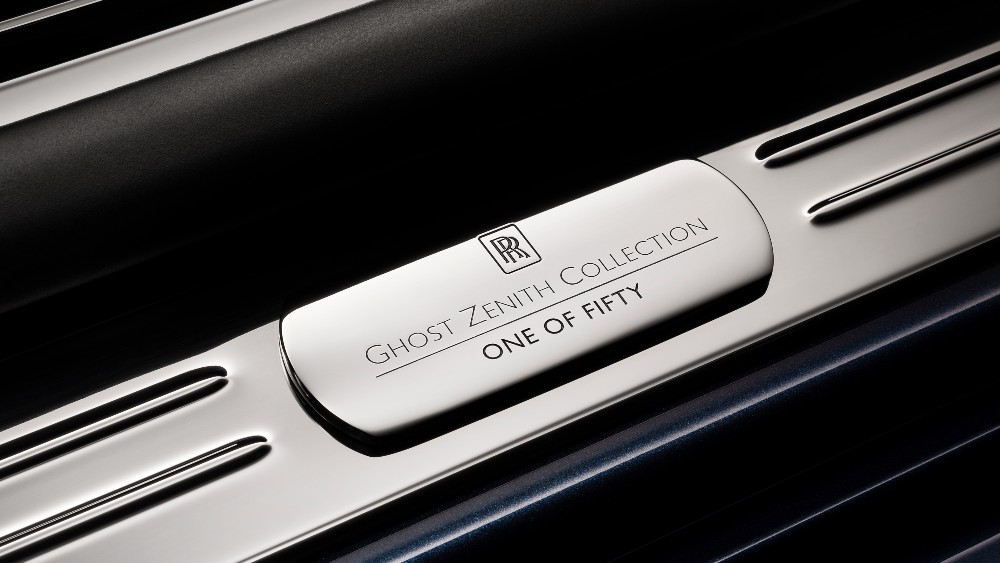 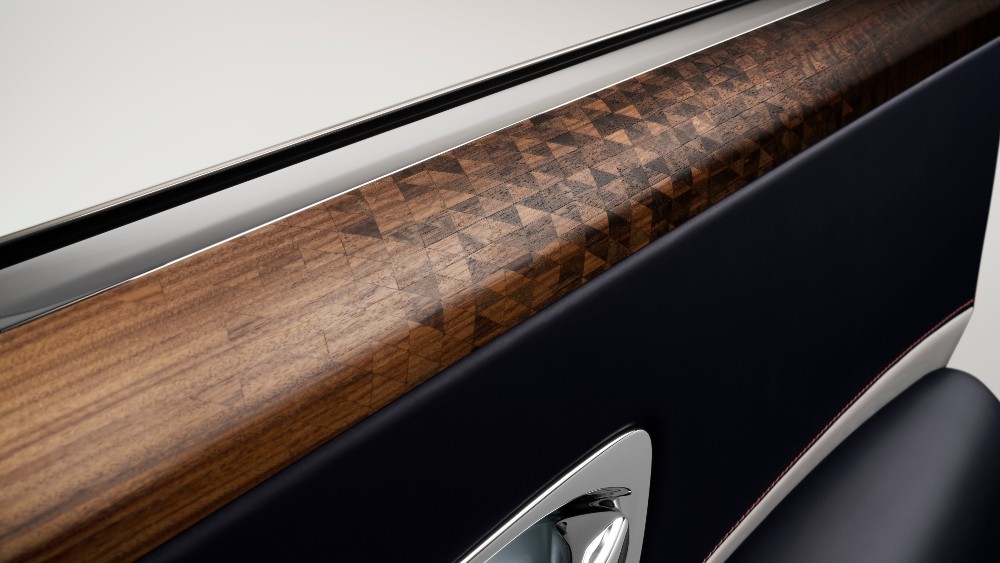 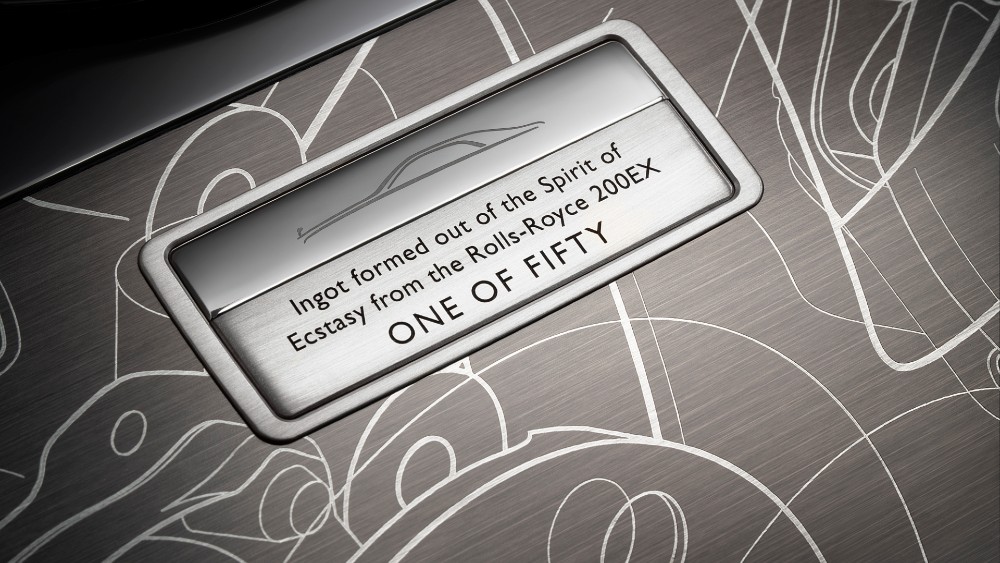 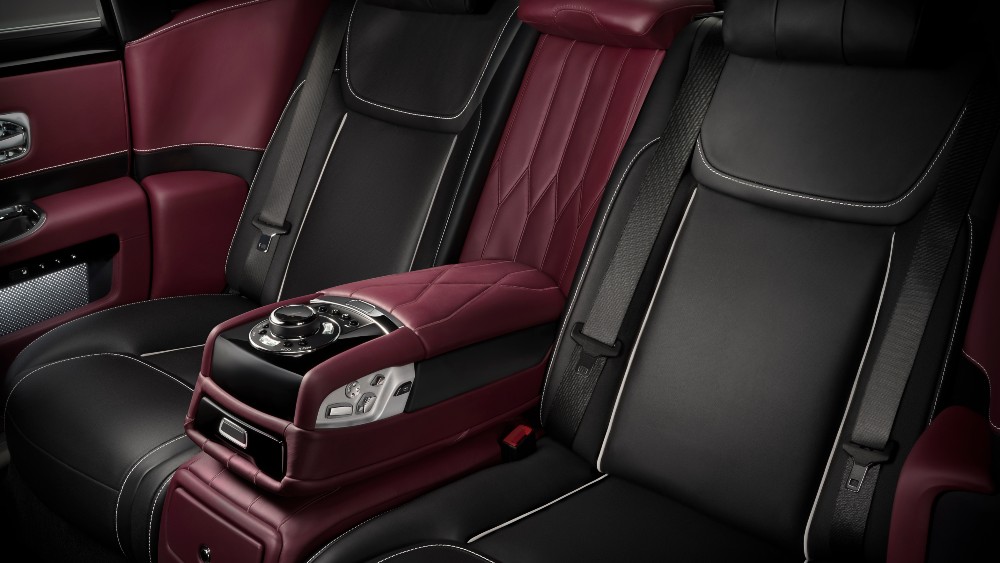