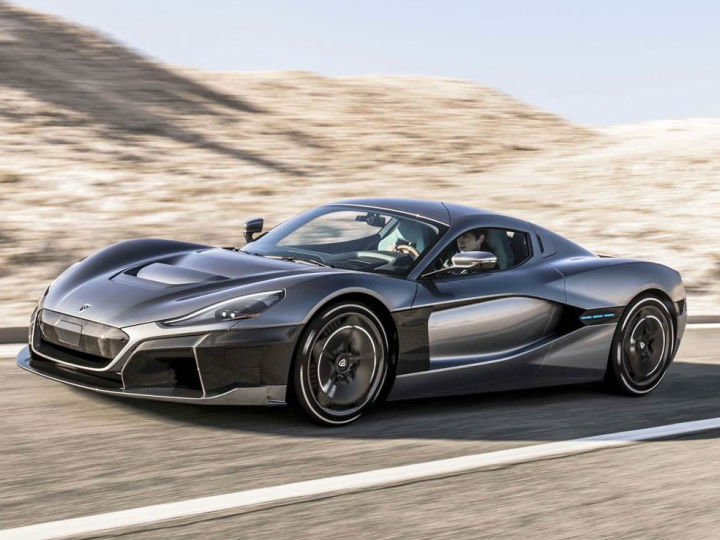 Will it live up to the hype?

Croatian supercar maker Rimac Automobili lists some pretty spectacular specs for its Concept Two hypercar. Zero to 60 mph acceleration in 1.85 seconds. Zero to 100 mph in 4.3 seconds. Quarter-mile sprinting in 9.1. And top speed? Well, that would be 258 mph. All courtesy of electric motors delivering a mind-bending 1,914 hp and 1,696 ft lbs of torque. 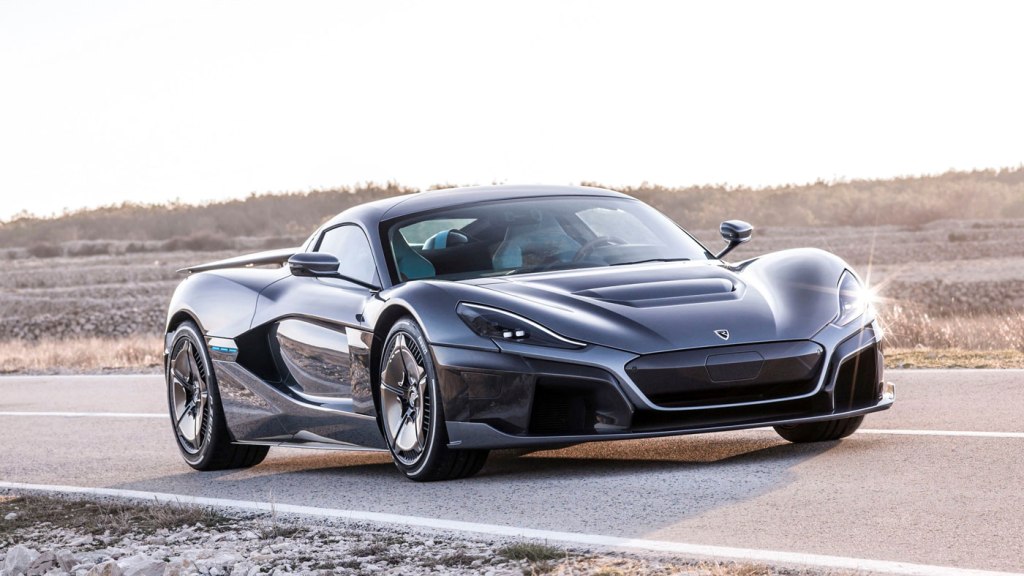 Yes, it’s all too easy to dismiss the audacious performance claims as pie-in-the-sky hyperbole. Especially as this multi million, carbon-fiber two-seater has yet to spin a wheel in anger. Yet to ignore Rimac and its 30-year-old visionary Mate Rimac, is to do so at your peril. This is the company that has already demonstrated its technical prowess with a run of 1,224 hp Rimac Concept One electric supercars.

This is also the company that recently inked a deal with Shanghai-based battery giant Camel Group to build a £110/AU$203 million electric motor and battery plant in China. And the company that has been providing electric know-how for Koenigsegg’s Regera, Aston Martin’s Valkyrie, and Jaguar Land Rover’s electric E-Type Zero. 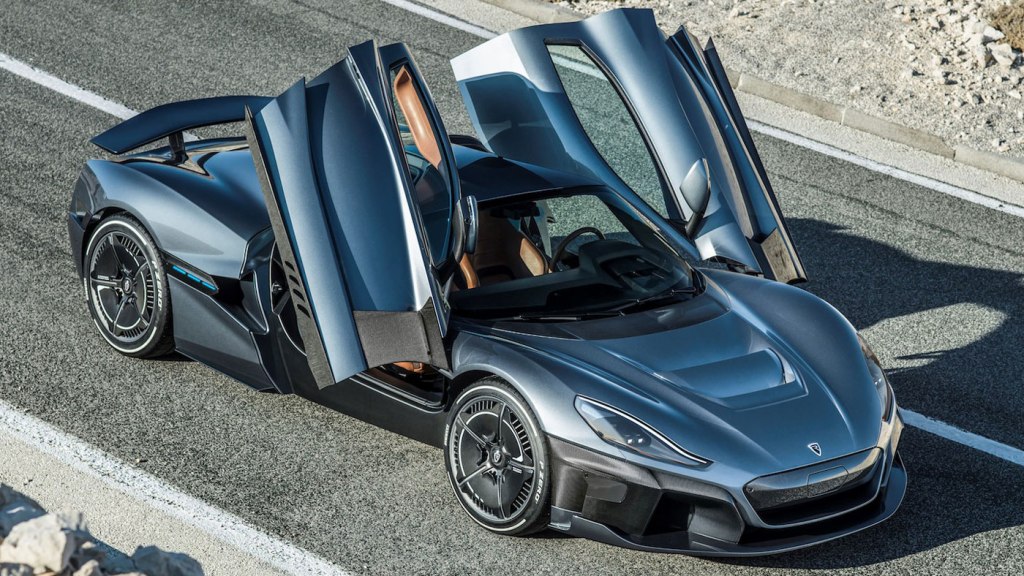 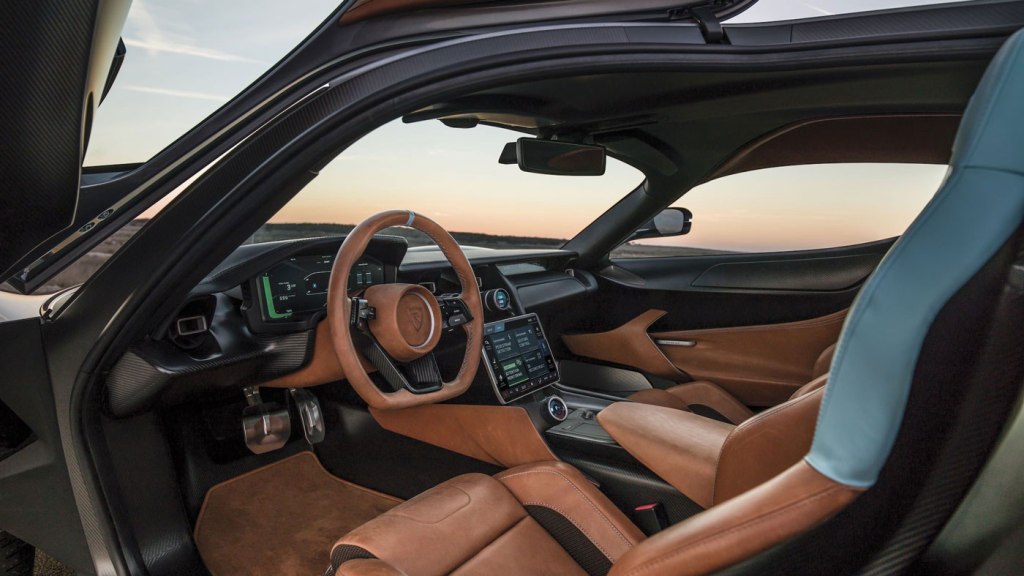 If all goes to plan—and it is still a big “if”— the Rimac Concept Two (or C_Two in Rimac-speak) will be a true technical tour de force when the 150-car production run kicks off in 2020.

Featuring a completely carbon-fiber chassis, and a carbon body with huge butterfly doors, the C_Two’s dramatic shape is the work of Rimac design chief, Adriano Mudri. Its active aero elements include adjustable front and rear diffusers, a flat floor, and a variable-angle rear wing that can act as a full air brake—useful for those stops from 258 mph. 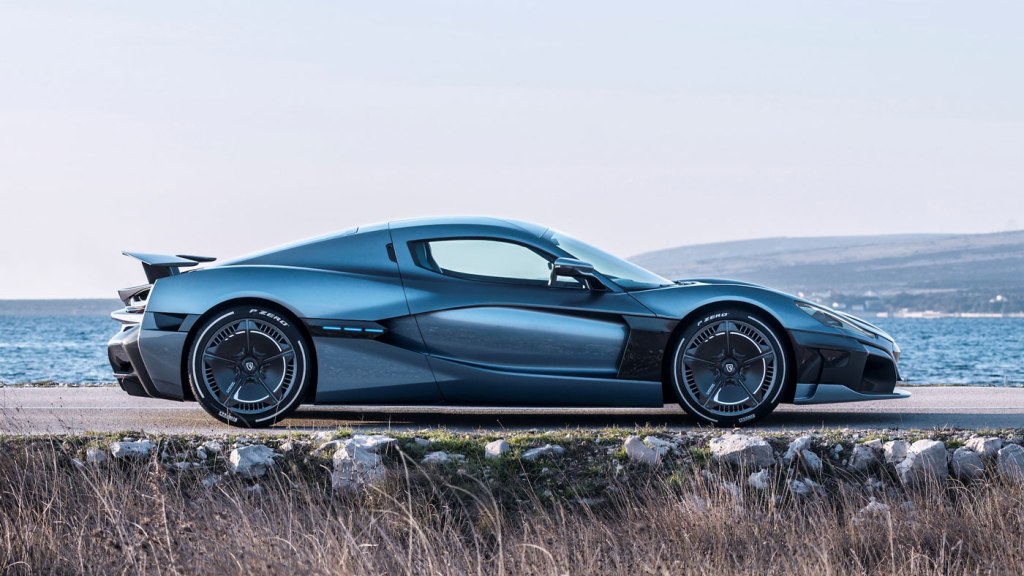 Providing electrical juice to the car’s quartet of electric motors is a 120kWh battery pack containing 6,960 lithium manganese nickel cells. Fully-charged, these are said to be good for a daily-driving range of 400 miles, or two full laps of the Nürburgring at max power. When plugged in to a fast charger, the battery pack should regain 80-percent capacity in thirty minutes. 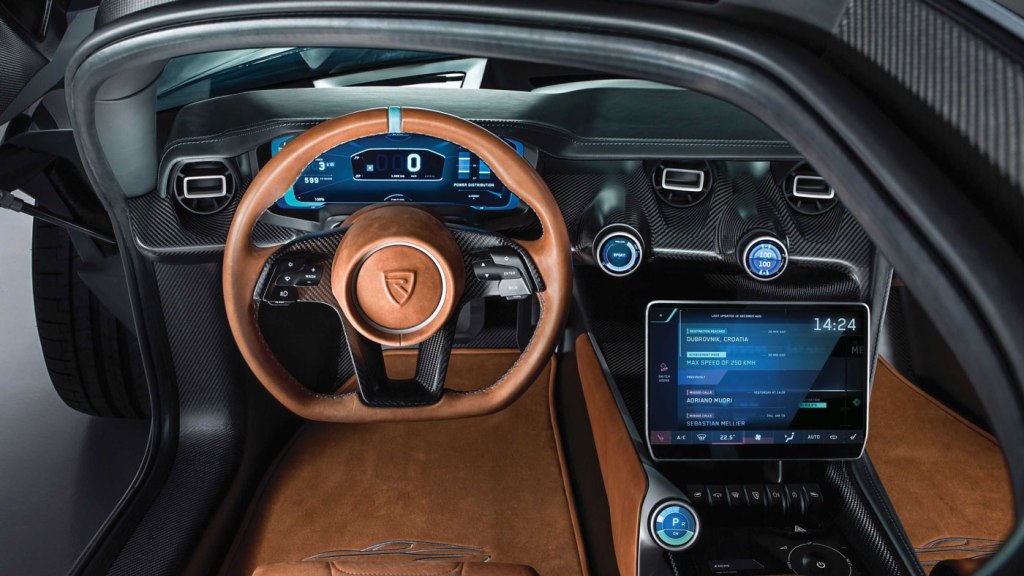 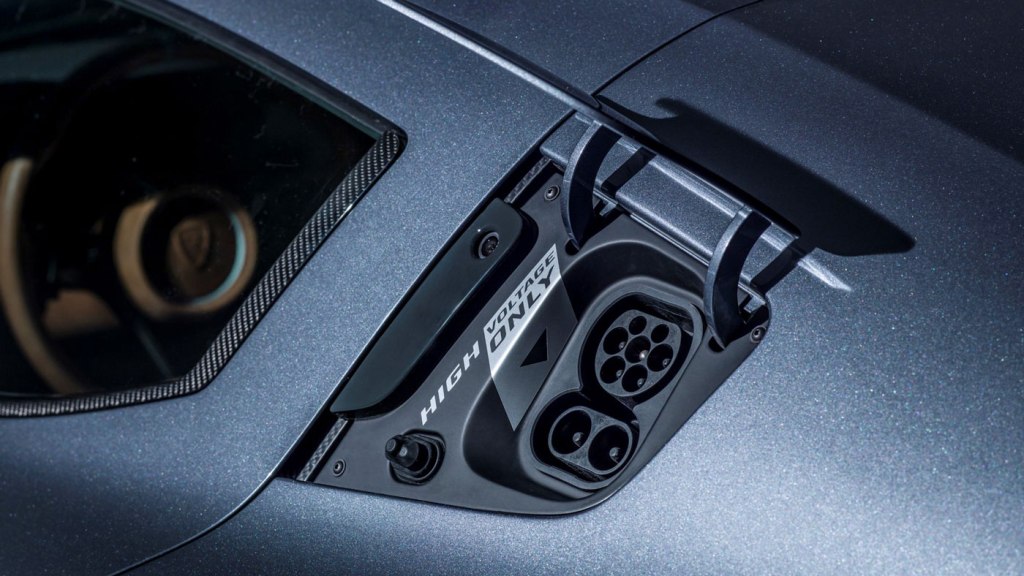 Naturally, Rimac could not resist adding a few more high-tech touches. The C_Two is being designed to deliver Level 4 autonomous driving capability, courtesy of its eight cameras, six radar emitters, a dozen ultrasonic sensors, and LiDAR light detection and ranging. Mate Rimac claims that the car will have the equivalent computing power of 22 MacBook Pros. But don’t go looking for a simple key to pop-open the doors or power-up the motors; the C_Two utilizes facial-recognition cameras.