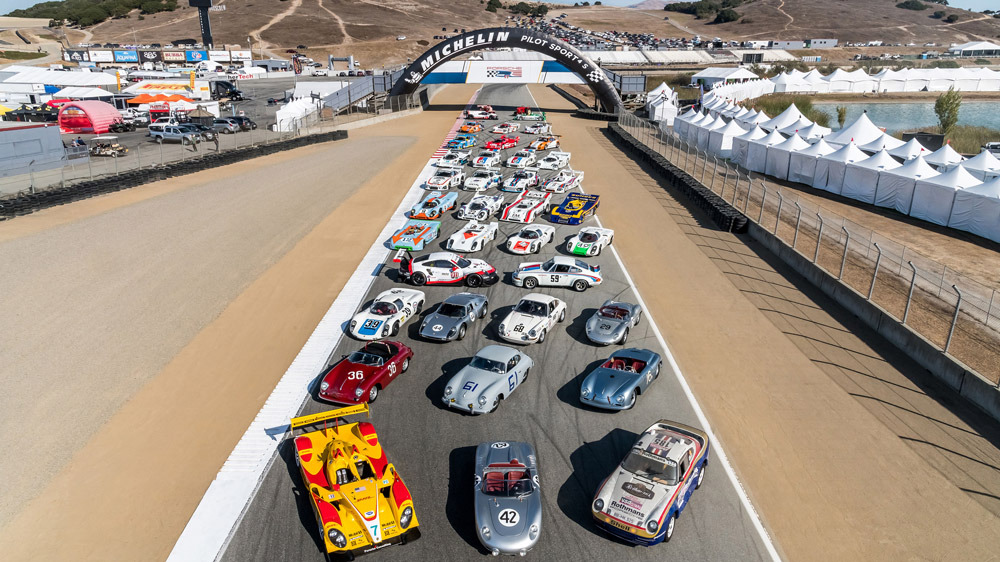 A total of 81,000 fans and 2000 cars came together at WeatherTech Raceway Laguna Seca to celebrate Porsche.

To Porsche outsiders, Rennsport Reunion might seem like overkill. But to those devoted to the marque, it is nothing short of nirvana. The sixth edition of this vintage car extravaganza was held at the WeatherTech Raceway Laguna Seca in Salinas, Calif., from September 26-30. The event, which happens every three or four years, takes a full year of organising by Porsche Cars North America. This time around, it drew a record-setting 81,000 fans and more than 2000 air- and water-cooled cars from the marque.

Picture the biggest motor show in the world merged with a carnival, and that’s more or less the Rennsport vibe. Strolling the grounds were everyone from first-time Porsche owners to company scion, Dr. Wolfgang Porsche, who lapped the iconic track at the wheel of Porsche No. 1, the 356 model that launched the legend in 1947. Standing in line for a bratwurst and beer — this is a German car event after all — meant bumping into Porsche driving legends such as Derek Bell, Jacky Ickx and Hurley Haywood. But most of all, it was about the cars. 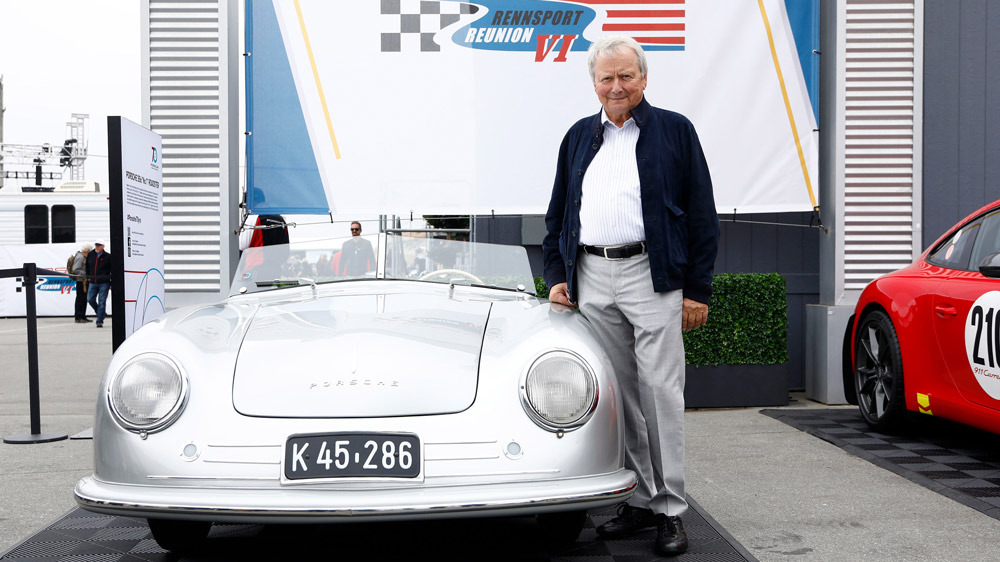 And what cars. Under the Chopard Heritage tent there were track legends such as the 956C (whose Rothmans livery remains etched in every enthusiast’s mind) and industry icons such as the 959 (eight examples of which instantly made one tented parking area worth around $16 million). There were impossibly small 550 Spyders that, driven by the immortal likes of Hans Hermann and Count Wolfgang von Trips, helped build the brand in the mid-1950s. There were also staggeringly brutal variants such as the Sunoco-liveried 917/30 that Mark Donohue used to crush all comers in the early 1970s.

There were so many classic Porsches to ogle that even the famous racers on hand seemed to stop and stare. “You can’t truly understand the depth of the passion unless you are here,” said Klaus Zellmer, CEO of Porsche Cars North America, noting that many of the cars on hand were responsible for some of the company’s 30,000 motorsports wins to date. 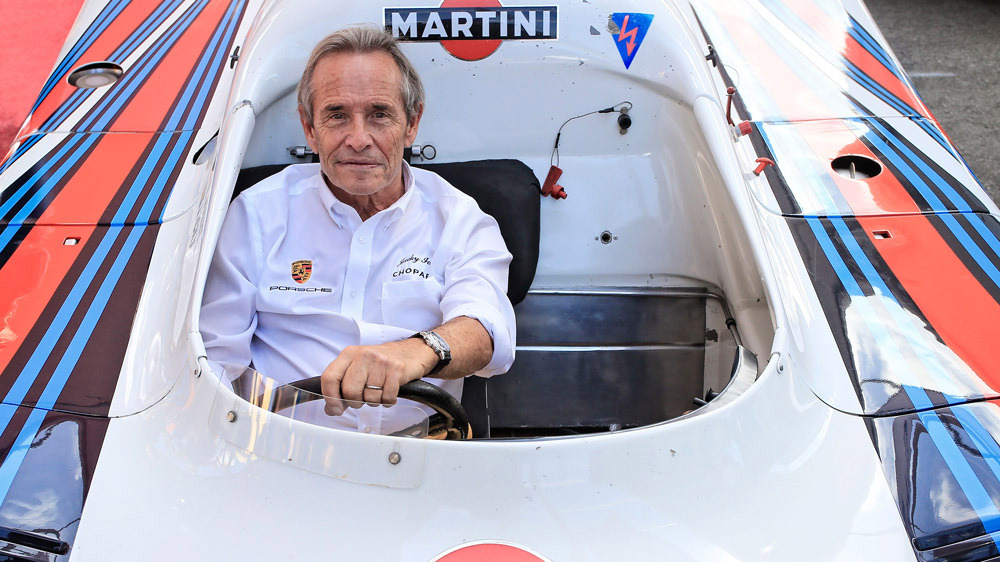 Zellmer was on hand along with ex-F1 hot shoe and Porsche brand ambassador Mark Webber to pull the wraps off two Rennsport-debut vehicles: a modern version of the 911-based 935 race car, of which 77 models will be made, and a new Speedster Concept, a model that marks the return of a special-edition variant named after the 1950s model created specifically for the young carmaker’s then-nascent California market. 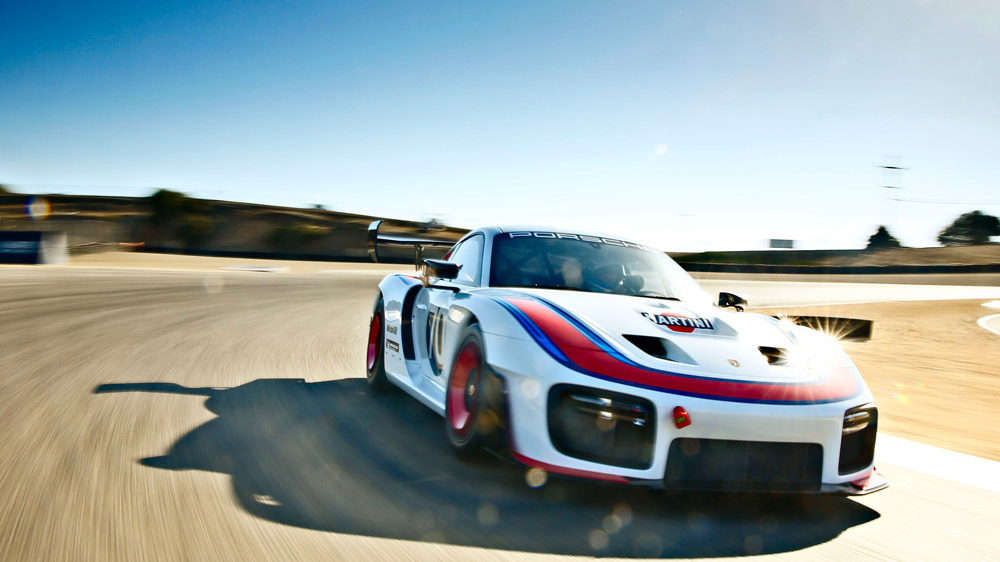 Hundreds of fans pressed the stage to get a closer look at both new cars. But in truth, only at Rennsport would these two show-stopping vehicles be quickly forgotten. On the track itself, countless vintage races unfolded over the course of four days, providing innumerable reeling-in-the-years moments. One moment, a fleet of 356s battled wheel to wheel in anger, in another, the Gulf 917 that captured Steve McQueen’s attention in the film Le Mans circled the track with the screaming menace of its Le Mans-winning glory days. Fittingly, McQueen’s son Chad was a constant presence around the grounds, while Porsche collector Jerry Seinfeld even did a sold-out one night gig in nearby Monterey.

Meanwhile, most activity in the infield was overflowing with vendors peddling everything from T-shirts to six-figure, reworked 911s. But all attendees came to attention when one car decided to lap the track solo. It was Porsche’s modern Le Mans–winning monster, the 919 Hybrid Evo, which was doing a career victory lap before being enshrined in the factory’s gleaming museum in Germany. Although attendees ranged from toddlers to the elderly, everyone seemed to revert to wide-eyed childhood. 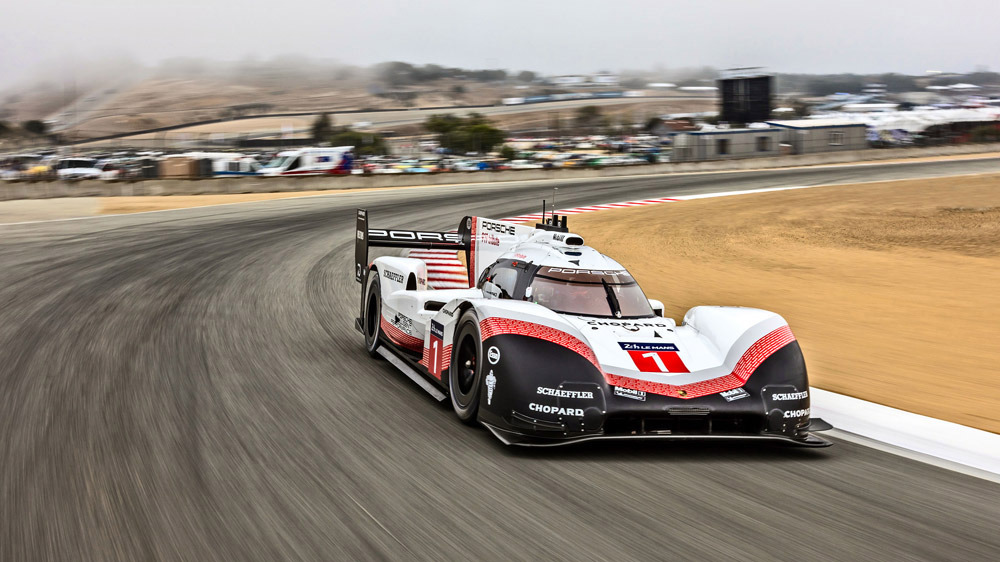 No word yet when the next Rennsport Reunion will be held — or where, considering that the event, which was kicked off in 2001 by racer Brian Redman and the late Porsche communications boss Bob Carlsen, also has taken place at tracks such as Lime Rock and Daytona. But there’s a decent bet this California circuit may get the nod again, given this year’s enthusiastic turnout.

As Zellmer said to wrap up Rennsport: “Every Porsche car has a soul, and Rennsport has its own soul thanks to the emotional response of enthusiasts who come from around the world.”