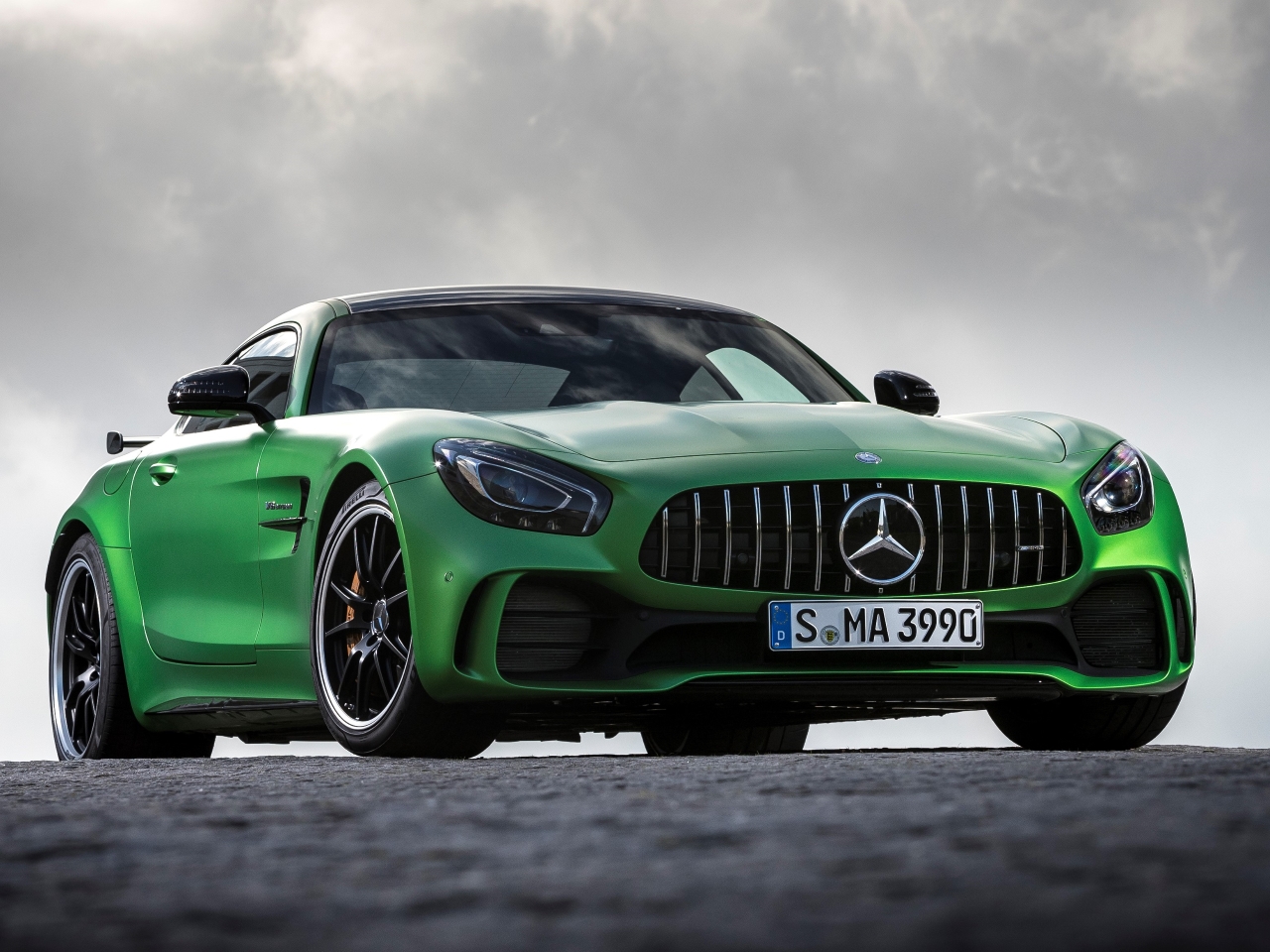 Price surprise for the new king of Mercedes’ AMG range

The new top dog in Mercedes-Benz’s high-performance AMG range ought to be a member of the half-million-dollar club. It isn’t.

If outputs and lap times are any guide, the Mercedes-AMG GT R ought to be a fully-fledged member of the half-million dollar supercar club. Instead, Mercedes-Benz will charge less than $350,000 when it goes on sale later this year.

The new top dog in Mercedes-Benz’s high-performance AMG range, the GT R sprints from 0-100km/h in 3.6 seconds, has a top speed of 318km/h and has lapped the fearsome Nurburgring Nordschleife circuit in 9 minutes, 10.2 seconds. That’s considerably faster than many cars at twice the price, and makes this one of the fastest production cars ever to go on sale in Australia. The track-focused GT R is based on the GT Coupe, but packs a more heavily tuned twin-turbo V8 engine into the low-slung chassis in front-mid configuration, making 430kW at 6250rpm along with 700Nm of torque from as a low as 1900rpm.

Performance tweaks include a self-deploying underbody wing that is said to reduce front axle lift by up to 40 kilograms at 250km/h, effectively sucking the car to the road surface beneath. An enormous rear aerofoil and double diffuser ramp up the aerodynamic effect further. A new traction control system, developed by AMG for its motorsport program, has nine different settings that allow the driver to pre-select the amount of rear-wheel slip, independent of the amount of stabilisation provide by the stability control system.

“It combines the driving dynamics of our AMG GT racing car with the everyday practicality of the AMG GT,” says Mercedes-AMG CEO Tobias Moers. “Those with petrol in their veins will be thrilled by the radical longitudinal and lateral acceleration, the precise turn-in and the sensational grip.” The GT R, which will perform parade laps at this weekend’s Bathurst 12-Hour Race at Mount Panorama, will go on sale in July for $349,000 (excludes on-road costs). Mercedes-Benz has confirmed it will be a permanent part of its range with ongoing availability, rather than a limited edition.