The 2020 Taycan is about to make Tesla very nervous.

Porsche’s newest model, the 2020 all-electric Taycan sedan, will make its showroom debut in Australia early 2020, shortly after the North American debut in September, to an expectant general audience and, likely, a nervous Tesla boardroom. The Taycan has the Model S squarely in its sights, promising a more than competitive range of 310 miles and offering 447 lithium-ion-generated kilowatts providing a reported 3.5-seconds-to-100km/h thrust. Other six-figure Tesla challengers are in the works, including Porsche’s sister-company effort, the Audi e-tron GT.

In Porsche’s favour is a positively ravishing template for the Taycan in the form of the Mission E, the svelte sedan with coupe overtones that drew immediate raves from the motoring press. Few got to actually tool around in the Mission E, although Porsche leveraged its star power to tease the car’s capabilities when it allowed car enthusiast and Maroon 5 frontman Adam Levine to lap its Porsche Experience Center track in Los Angeles. Video of the event put a spotlight on a machine that just might outshine a Tesla Model S—no slouch of a sedan silhouette—on the red carpet. But the question, as always, is how much can be retained in a production car from a smashing art room exercise. What spy shots have been circulating online suggest that some of the Taycan’s more radical touches might be gone (such as the suicide doors), but overall the low-slung menace of the original machine remains. 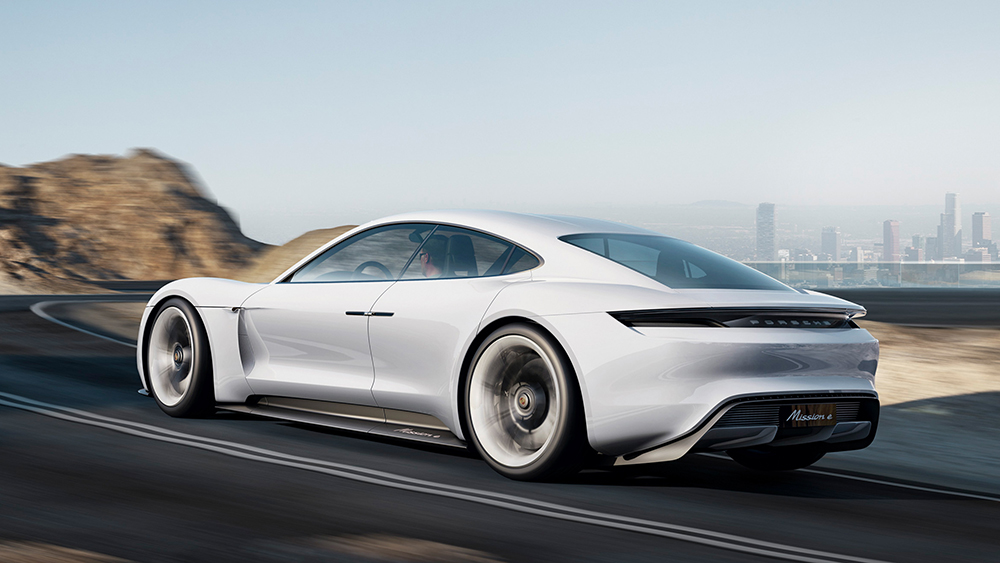 For Porsche purists, however, the biggest revelation will be seeing whether the magicians in Zuffenhausen have managed to keep the company’s automotive soul intact despite the removal of an internal combustion engine. The sound of that air-cooled and even water-cooled power plant has, for epochs, defined the marque. Porsche says no worries, it’s all about the road feel not the noise. Enthusiasts may have the final word.