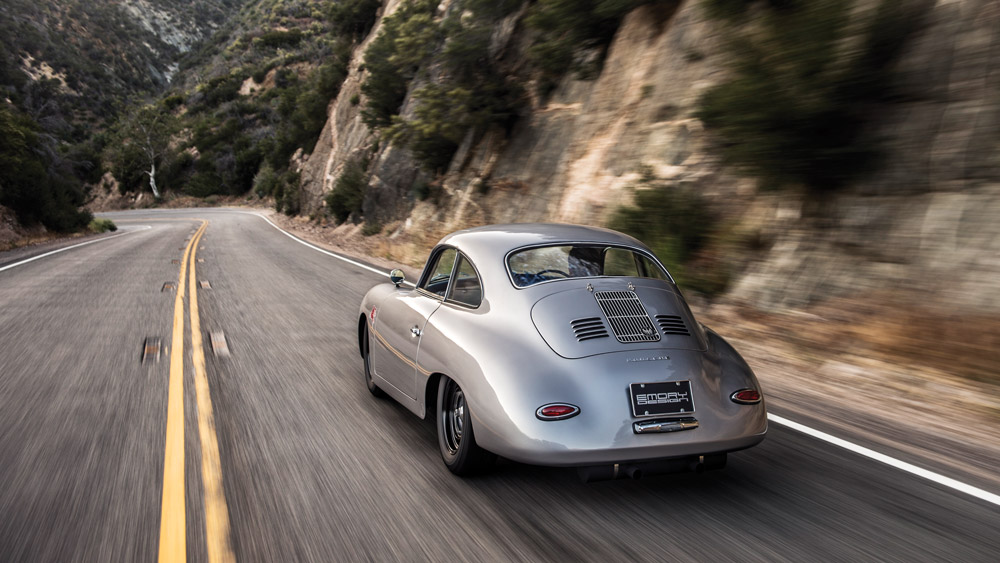 Porsche Progressive: Rod Emory shares his passion for the Porsche 356

The man behind Emory Motorsports transforms the classic Porsche into a modern masterwork.

Rod Emory, founder of Los Angeles–based Emory Motorsports, believes that the iconic Porsche 356’s original production period—from 1948 through 1965—wasn’t long enough to unlock the car’s true capabilities, so he began imagining new possibilities. (The 356 is so beloved that Emory is not the only one customizing the car.) Emory is responsible for the now-revered “outlaws” of the model, customizations that can run to seven figures. The automotive alchemist recently gave us a tour of his laboratory and talked shop.

When did Porsches become a priority in your life?

At birth. My grandfather had a custom car shop before working for a Porsche dealership where my dad became the parts manager, so I think that’s where the marque entered my bloodline. The day I was born, Dad drove Mom to the hospital in a fat-fender 911, and the rest is history. The cars were in my soul, and from a very early age I knew I wanted to make them my life’s work.

What is the focus of Emory Motorsports?

Our sole mission is to take the potential of the Porsche 356 and push the envelope to evolve the car as if Porsche would have continued to build it. The 356 changed the way people looked at cars and performance because it was so very light and nimble—not a lot of horsepower, but that’s not necessary when everything else works so well. I’m just carrying on that legacy for Porsche and making examples that people can enjoy, hopefully for the next 50 to 100 years. 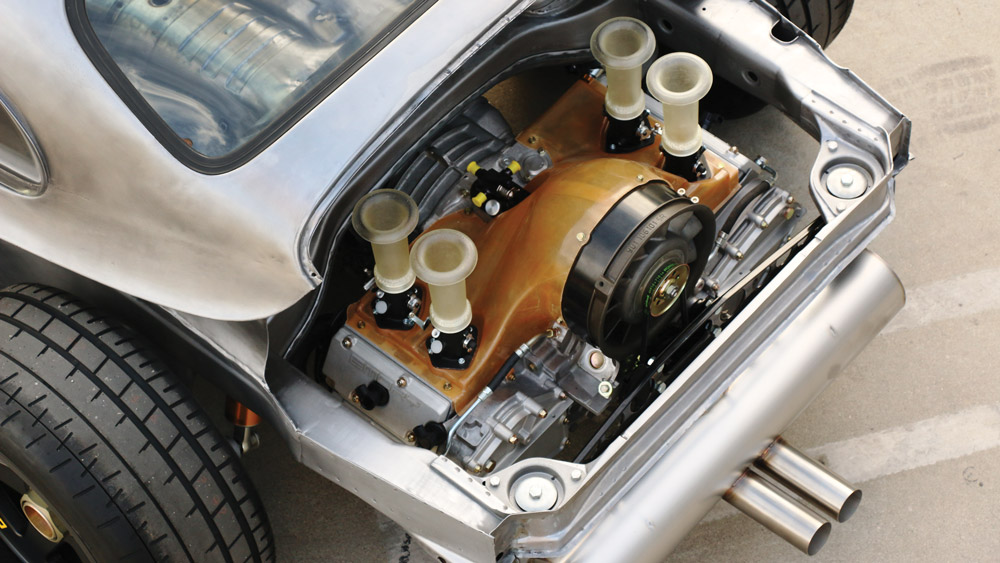 Engine of the Porsche 356 as reimagined by Rod Emory Photo: Chris Greenwood

What does Emory Motorsports offer?

We offer an Emory Outlaw, Emory Special, and Emory RS. The Outlaw is rally inspired, so it has performance upgrades such as three times the power, better brakes, and a better transmission, but the body is still traditional to a 356. The Special is where we use a lot more creative freedom to advance the design and change the physical appearance while maintaining the performance characteristics of the Outlaw. For the RS, we take all of the Porsche technology from newer cars that we can, such as all-wheel-drive Carrera 4 suspension and running gear, and infuse it into an old 356 chassis.

Take us through the process from donor car to Emory creation.

Once we determine the customer’s preferences, we go and find the donor vehicle—which can sometimes be in a barn or field—disassemble it 100 percent, and then put it in our octagon rotisserie for media blasting so all of its secrets are exposed. Rust repair and structural metalwork follow to get the chassis back to shape. Next, we introduce all of the custom modifications, build the engine, and begin bodywork and paint. When we put the car back together, there isn’t one bolt that’s not redone, restored, and dialed in. Finally, I take it up in the hills and put a couple hundred miles on it as a shakedown. My favorite part of everything, though, is when we turn the keys over to the client.

With 23 Porsche 911s, a Ferrari and a tank, the entire collection is available.

The race returns to the Formula 1 calendar.

A ride to make everyone envious.