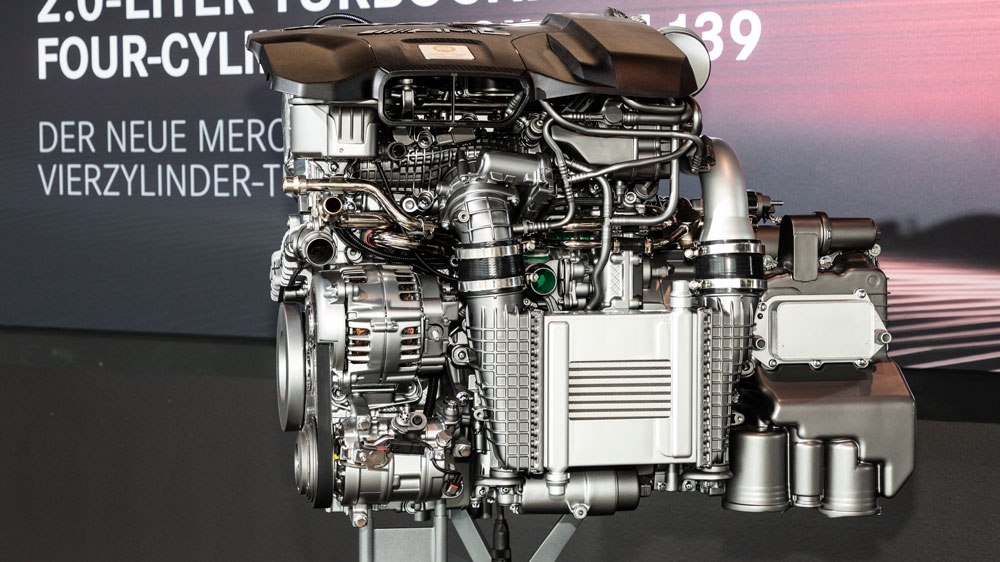 Per litre, it’s got more horsepower than a Ferrari 488 and a Bugatti Chiron.

The old adage that there’s no replacement for displacement is probably a bit of a joke around the Mercedes-AMG plant in Affalterbach, Germany. AMG engineers scoffed at the laws of physics when they debuted the M139, a completely new 2.0-litre, turbocharged four-cylinder engine that offers a whopping 310kW and 500Nm torque. That’s the most powerful four-cylinder ever in a mass production car. And at 155kW per litre, it’s more powerful per litre than a 3.9-litre V-8 Ferrari 488 GTB and the 1100kW, 8.0-litre W-16 mill found in the Bugatti Chiron. The best part? It’ll be the star of most of Mercedes-AMG’s compact vehicles, nearly all of which will reach Australian shores, including the A45, CLA 45, and the GLB 45. 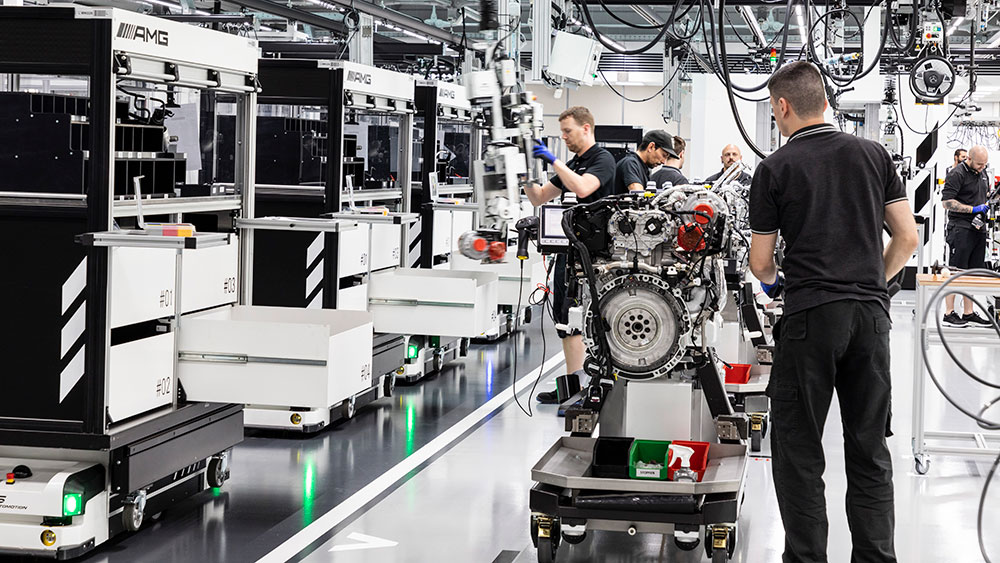 Two variants of the M139 will be offered, a base model, good for 285kW and 480Nm torque and the “S” model, with the power outputs described above. It’s a significant gain over the outgoing-gen’s engine, the 282kW M133. Knowing that this engine was destined for the likes of the CLA 45, the GLB 45, and the A45, and that those engine bays are shrinking, AMG needed a smaller powerplant that would physically fit and comply to emissions standards. To do so, it set about figuring how to eke extra oomph without increasing the footprint. The solution was to swap the intake and exhaust systems and mount the engine transversely, we learned from AMG COO Dr Emmerich Schiller at the German plant. The exhaust manifold and turbo now reside next to the firewall while the intake moves forward, shortening both systems and allowing for a lower overall profile. “That new profile means we can have a better, sleeker hoodline,” Schiller says, adding that it’s also better for crash safety.

There are bigger exhaust valves, a closed-deck engine block, aluminium crankcase, and two separate cooling systems, one for the head and one for the block. This is the first time AMG has used both port and direct fuel injection in a four-cylinder configuration. The brand-new twin-scroll turbo now utilises roller bearings, mitigating mechanical friction, allowing it to spin up more easily. The wastegate is electronically controlled for more precision, and—because this whole system is next to the firewall—the largest challenge during development was keeping everything cool. AMG went with three separate cooling systems, air, oil and water. AMG wanted a torque curve that would better match a naturally aspirated engine, and this claims to come close, with peak power rolling on at 5200rpm, though Schiller notes there’s still plenty of low-end grunt. 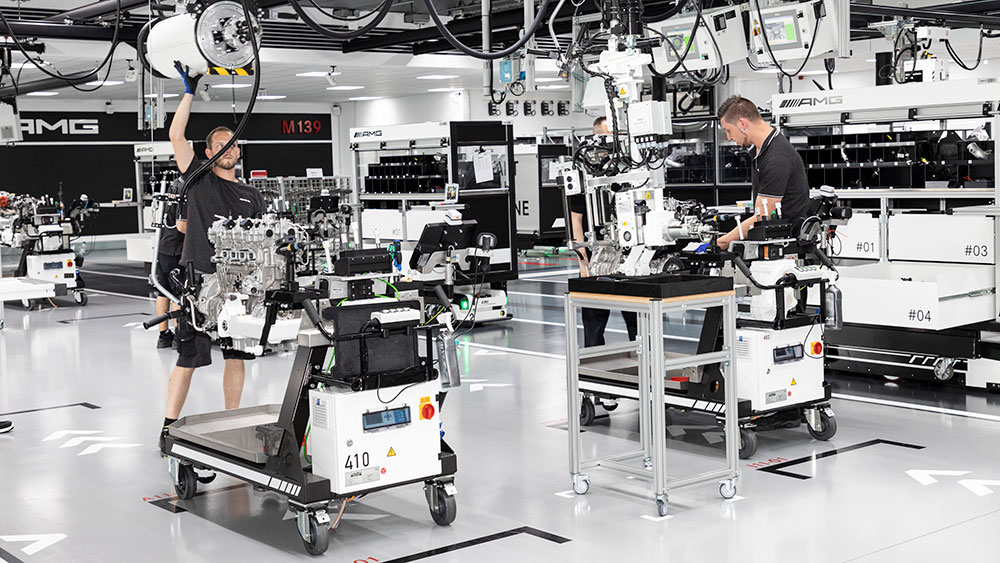 With the M139, AMG will continue it’s “One man, one engine” build process (though Schiller points out there are “at least 10 women working as engine builders”), and that assembly method will happen on a futuristic floor of the AMG plant, aided by automated robots. Unmanned, electrically powered skateboards shuffle along the plant’s floor, picking up various carts of parts and tools and will automatically shadow the engine technicians as they move through the various processes of the engine builds. Much of the process is aided by GPS, and AMG claims everything is so precise that it can figure out the position of a drill on a motor in live time. The system has proved to be about 25 per cent more efficient, with the ability to churn out a completed M139 engine in as little as two hours.