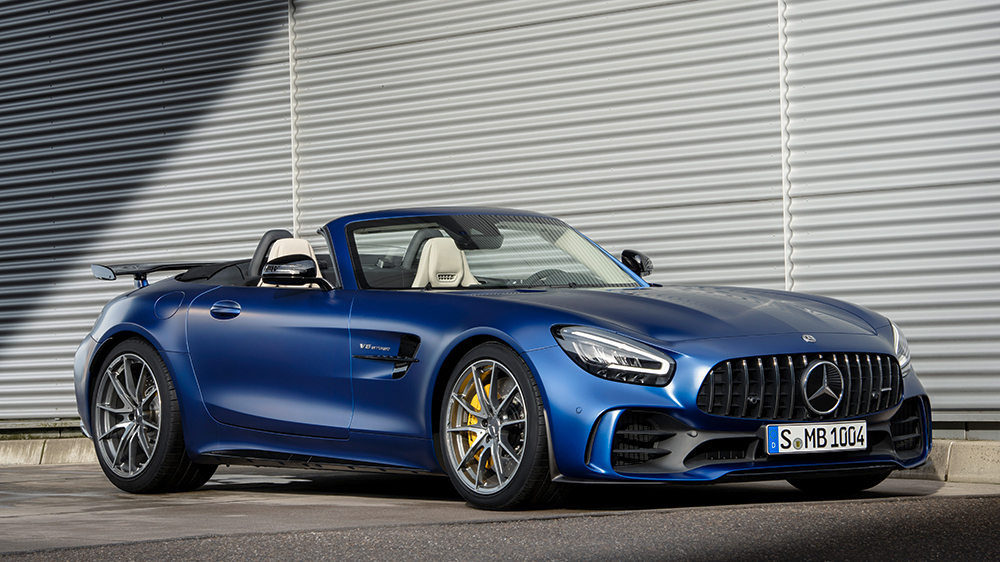 Meet the new Mercedes-AMG GT R, the convertible roadster that happens to have 430kW

And say goodbye to the mega-muscle limo that was the S 65.

This week at the Geneva Motor Show, the Mercedes-AMG GT family grew by one as the Germans unveiled the GT R Roadster, a convertible version of the range-topping GT R coupe. A mere 750 units will be produced, each featuring a prodigious bi-turbo V8 that’s good for 430kW and 700Nm torque. It boasts the same adjustable coil-over suspension as its hard-topped brethren, along with rear-axle steer, and active aero bits and pieces. And despite the triple-layer fabric soft top with its aluminium and magnesium structure adding about 50 kilograms to the vehicle, it still hauls to 100km/h in the same time as the coupe: a mere 3.5 seconds.

“The performance is great,” smiles Tobias Moers, Chairman of the Management Board of Mercedes-AMG. “We design the coupe and roadster in concert, and it’s very easy because of the rigidity of the GT platform.” Nothing needs to be added to the chassis to get the maximum stiffness, a point of pride for Moers. 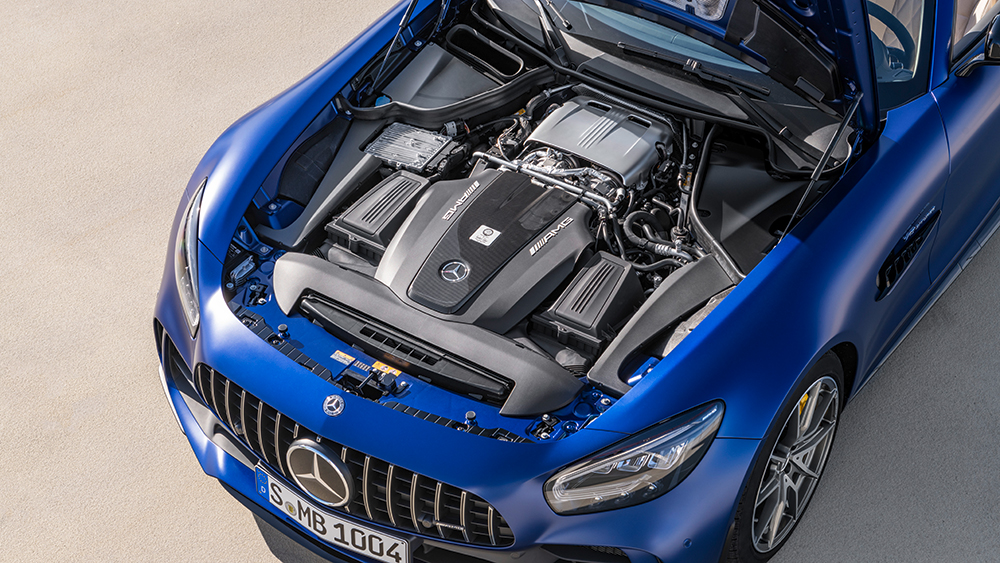 While plenty of Spiders keep hatching from the likes of McLaren (600LT and the 720S both launched this year), as well as Lamborghini (the Evo Performante Spyder is new, as is the Aventador SVJ roadster), Moers doesn’t view the influx as competition. “I don’t think our competitors have a performing convertible on that level,” he told Robb Report. Those marques may beg to differ, though the use cases are likely different.

While you could happily track the GT R Roadster, Moers doesn’t think many of the lucky owners actually will. They’re more likely to ditch the top and head to the golf course. “You can still fit a set of clubs in the boot, even with the top down,” he grins. “No compromising here.” While about two to three hundred units will find their way into the US, the next biggest market will be Germany, so expect to see some of them streaking down the autobahn. One thing you’ll never see in the long-bonneted beasts? A hybrid powertrain. “Hybrids are key in our other [AMG GT] platform, for the [AMG GT 63S] Four-door Coupe, but never in this generation of GT Rs. The V8 is very strong.” 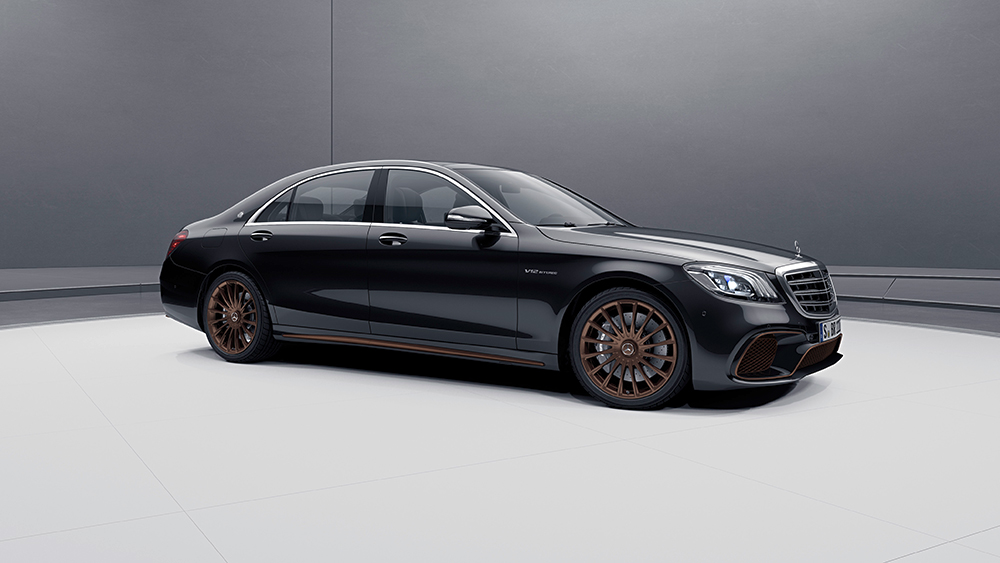 The unwavering performance derived from that potent V8 setup is partially why Mercedes is slowly phasing out its V12s. The Mercedes-AMG S 65 is making its swan song at Geneva via an aptly-named Final Edition. That luxurious limo on 20-inch wheels has plenty of send off touches, unique to the 130 units that will be produced, including a matt bronze finish, AMG crests on the C-pillars and a high-gloss obsidian black metallic paint finish. Badges displaying the car’s production number adorn the inside, along with special copper contrasts.

Will Moers miss that 463kW, 1000Nm 12-cylinder? “I’ve had to say goodbye to great engines before, like when we stopped the naturally-aspirated engines. I loved those,” he shared. (R.I.P. to AMG’s absolutely perfect 6.3-litre V8.) “We do a lot of market research and the era and demand of the performance V12 is kind of over. The V8 is so powerful and with hybridization becoming a larger part of our future, the time is now. With the 4.0-litre bi-turbo, there’s nothing to miss.”