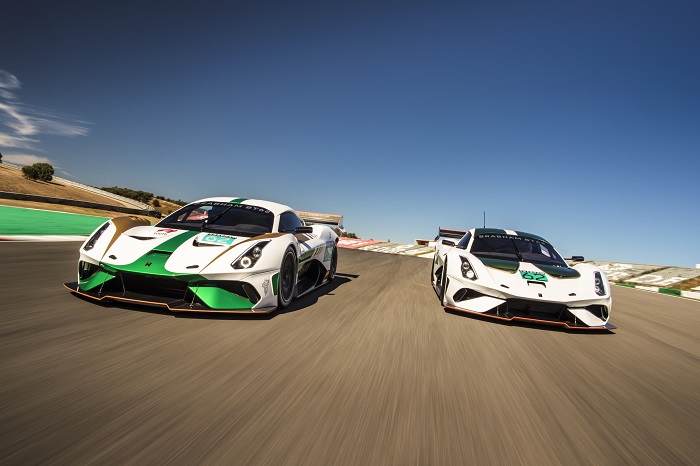 The Brabham BT62 is set to make its global debut at this year’s Goodwood Festival of Speed.

Fans will be able to see the Australian supercar power its way up the hill-climb course in its first dynamic appearance in public.

The race-inspired track car was unveiled to the world for the first time in London in May and is powered by a Brabham 5.4-litre, naturally aspirated V8 engine, which produces 522kW.

With a dry weight of just 972kg, an aero package which generates 1200kg of downforce and equipped with Michelin competition tyres, the BT62 is built to deliver blistering lap times and reward its driver like no other.

David Brabham, the youngest son of the late legendary Australian race car champion, Sir Jack Brabham, is the brains behind the supercar, and said debuting the car to the public at the Goodwood Festival of Speed was an obvious choice.

“The festival is without equal in celebrating all things automotive, and the opportunity to drive the legendary hill-climb route is amazing,” he said.

“Giving the BT62 its dynamic public debut and returning the Brabham name with all its historical significance and racing pedigree to Goodwood will be an experience I’ll never forget.

“My father attended the festival himself many times, and it’s great to continue the tradition of a Brabham driving a Brabham up the hill,” he said.

In addition to making its dynamic debut, the BT62’s appearance at Goodwood marks another exclusive for Brabham, with the introduction of a new red and blue livery representing one of the thirty-five Celebration series vehicles, which pays tribute to the car that took Brabham’s 19th of 35 Formula 1 victories.