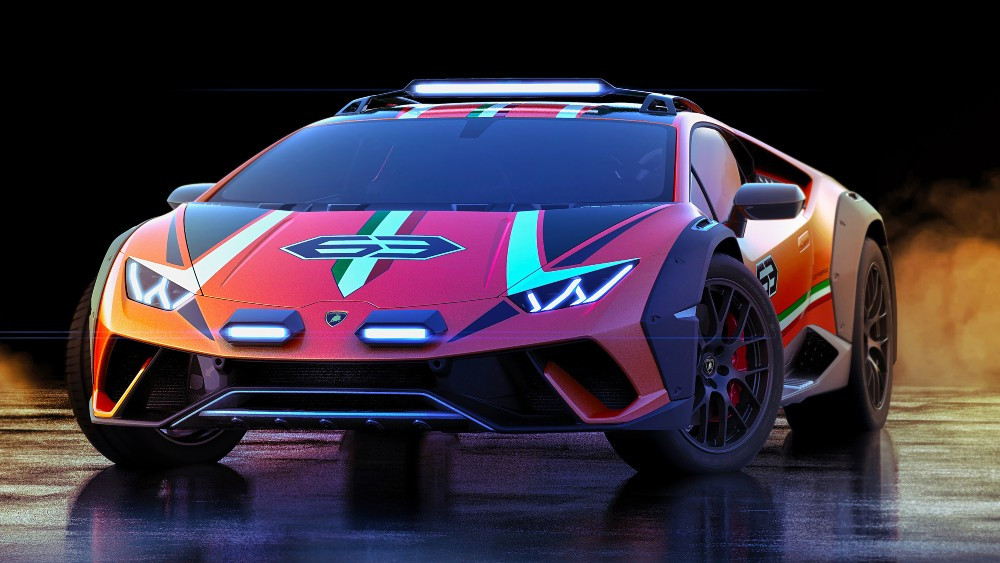 The one-off concept combines the performance of the company’s V10 Huracán with the off-road capabilities of its Urus Super SUV.

Lamborghini’s latest car isn’t afraid to get a little dirty.

The Italian automaker unveiled the Huracán Sterrato Concept, a new one-off edition that aims to bridge the gap between supercar and sports utility vehicle. In fact, the speedster, which looks like something out of a far-future-set sci-fi flick, combines the performance of the company’s V10 Huracán with the off-road capabilities of its Urus Super SUV.

“The Huracán Sterrato illustrates Lamborghini’s commitment to being a future shaper: a super sports car with off-road capabilities, the Sterrato demonstrates the Huracán’s versatility and opens the door to yet another benchmark of driving emotion and performance,” Lamborghini’s chief technical officer Maurizio Reggiani said.

The Sterrato—which means “dirt road”—packs the same 5.2-litre engine, 640 ponies or 477kW, four-wheel steering and torque-vectoring all-wheel drive as its sibling, the just-released mid-engine Huracán EVO. It also shares the EVO’s Lamborghini Dinamica Veicolo Integrata (LDVI) technology, which is designed to help the car predict a driver’s intent and adjust accordingly. The system, which took 30 months to develop, has been specially calibrated for off-road driving to maximize traction and acceleration.

Of course, since this is a concept car, there are some key difference between the two vehicles. The Sterrato’s body has been raised 1.85-inches from the ground, resulting in a 1 per cent steeper approach angle and a 6.5 per cent improvement in departure angle. Fender flares have also increased its track width by 1.18 inches. Because of this, and the fact that it’s meant to be driven off-road, the Sterrato has been outfitted with underbody reinforcements and body protection, including front and rare aluminium skid plates. The car also sports bronze 20-inch wheels and tires that have been specifically designed to help with off-road performance. 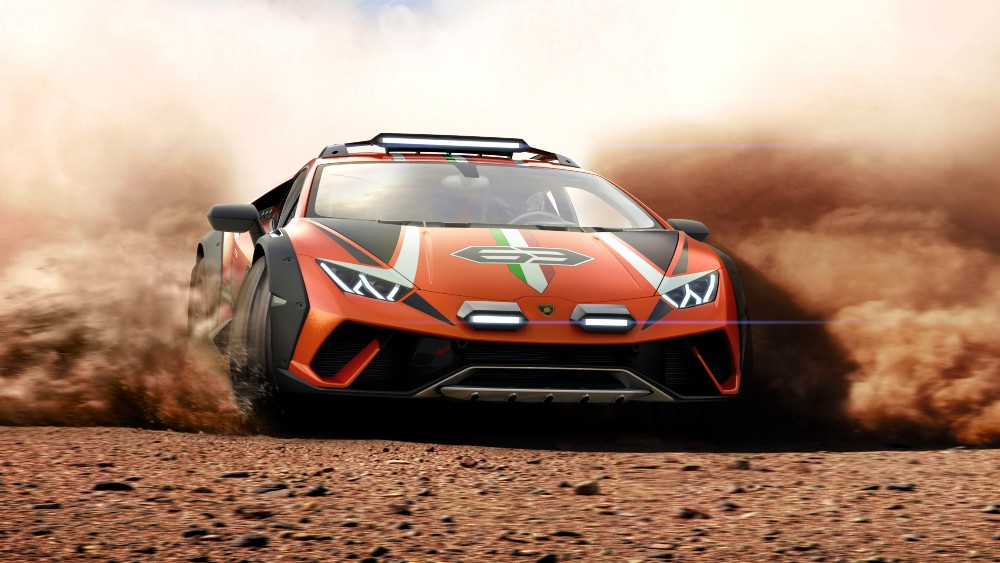 The Lamborghini Huracán Sterrato Concept in its natural habitat
Lamborghini

There are also some eye-popping visual flourishes. The Sterrato features an off-road LED light package—including bumper lights and a roof-mounted light bar—as well as a special orange paint scheme with black-and-white accents and an Italian flag racing stripe topped with the number 63. And while no photos of the interior were available at press time, the company promises it will feature a titanium roll cage, aluminium floors panels, four-point seat belts and new carbon bi-shell sports seats.

This isn’t the first time that Lamborghini has taken one of its sports cars off-road. Back in the ’70s, the company’s test driver, Bob Wallace, modified and drove rally versions of the Jarama and Urraco. If first impressions are accurate, we expect that Wallace would’ve been no less proud of the newest Huracán in the family. 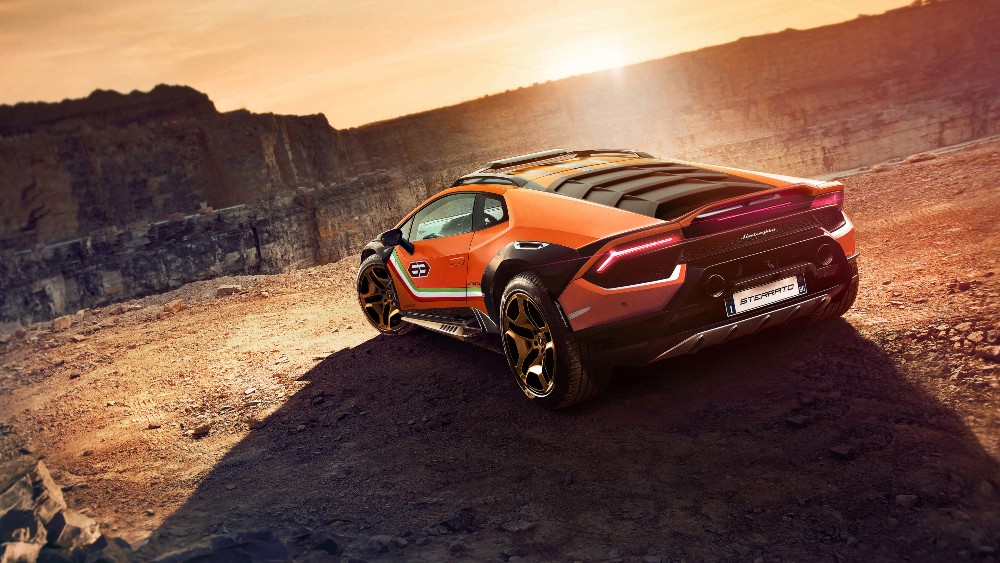 The rear of the Lamborghini Huracán Sterrato Concept
Lamborghini