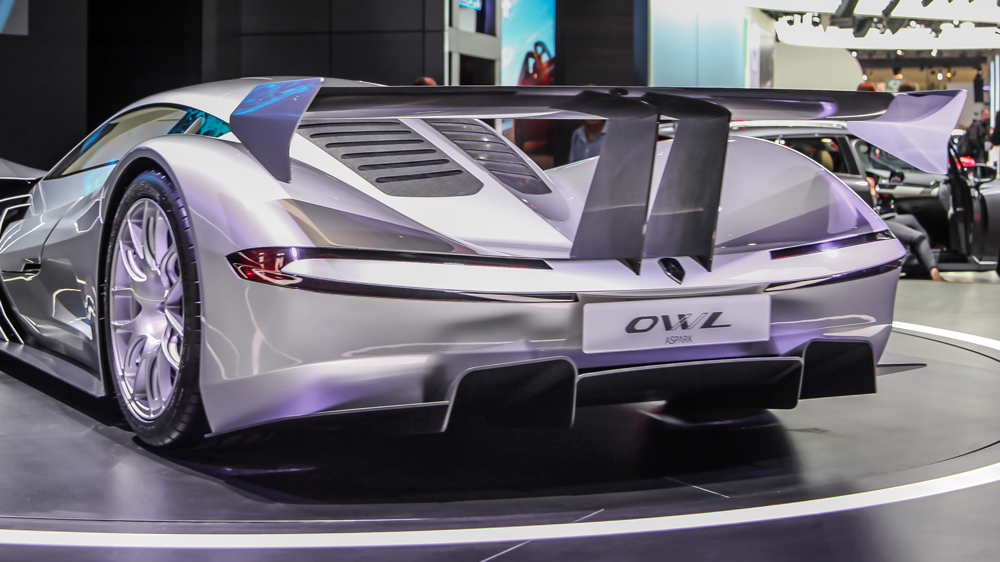 Time will apparently tell if it can shatter the current EV record, held by the Nio EP9.

“Mediocre” isn’t a common word when it comes to Japanese creations and the positively mental Aspark Owl isn’t an outlier. The all-electric Japanese hypercar boasts 856kW and 884Nm torque, thanks to quad motors, and its creators claim it will be the fastest accelerating car on the planet. Now, the company is aiming to add a Nurburgring lap record to the marketing claims.

“[The Aspark Owl performances are allowing us to aim for the Nurburgring record,” an Aspark rep told Top Gear. The current reigning EV champ at the iconic track? The 1000kW Nio EP9, which turned in a blistering 6:45:90 lap time, but Aspark rushes to note the Nio is a track-only beast, while the Owl will be road-legal.

Aspark may not be blowing smoke, either. Last year, a prototype of the otherworldly-looking Owl violently launched from zero to 100km/h in 1.89 seconds, running on race tyres. Don’t believe it? Jump to 1:07 in the below video. (Looks like the Owl nearly runs out of asphalt and is about to find a perch in those trees, doesn’t it?)

For the skeptics who attribute the blink-and-you’ll-miss-it performance due to the tire compounds, Aspark assures you the production version fitted with street shoes will be a mere .10 seconds slower.

The Owl’s all-carbon body and carbon fibre monocoque means it hardly tips the scales at 3,218 pounds, pretty featherweight for an EV about the size of an Aventador. Only 50 Owls will see production, each slated to fetch some $5 million, and although the final version will finally be revealed at the Dubai Motor Show in November of 2019, non-refundable deposits starting at around $690,000 are currently being accepted.

Regardless of whether the Owl nabs the ‘Ring’s top EV spot, the electric hypercar class is getting wonderfully crowded, with the Rimac C_Two and the Pininfarina PF0 also forthcoming.