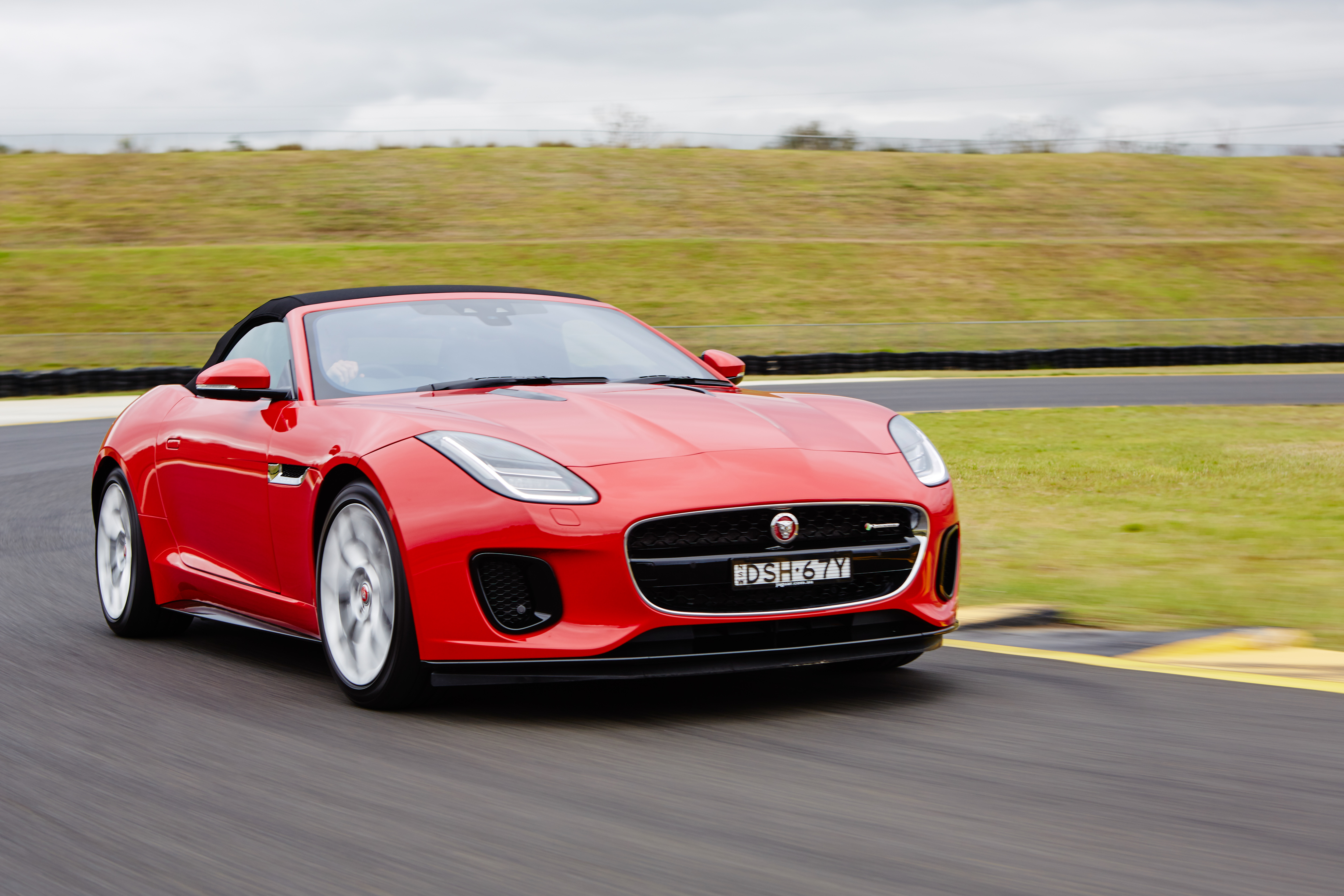 Perhaps it should not have been a surprise that so many people would go out of their way to admire and comment on the chiselled, bright red roadster. And quite a few had done so during our week with the new Jaguar F-Type before anyone actually asked what was under the bonnet.

For all its head-turning handsomeness this was, in fact, the new entry-level version of Jaguar’s signature sports model; a $125,712 roadster (there’s also a $107,012 coupe) powered by a 2.0-litre, turbocharged four-cylinder engine shared among the marque’s volume sedan and SUV models. 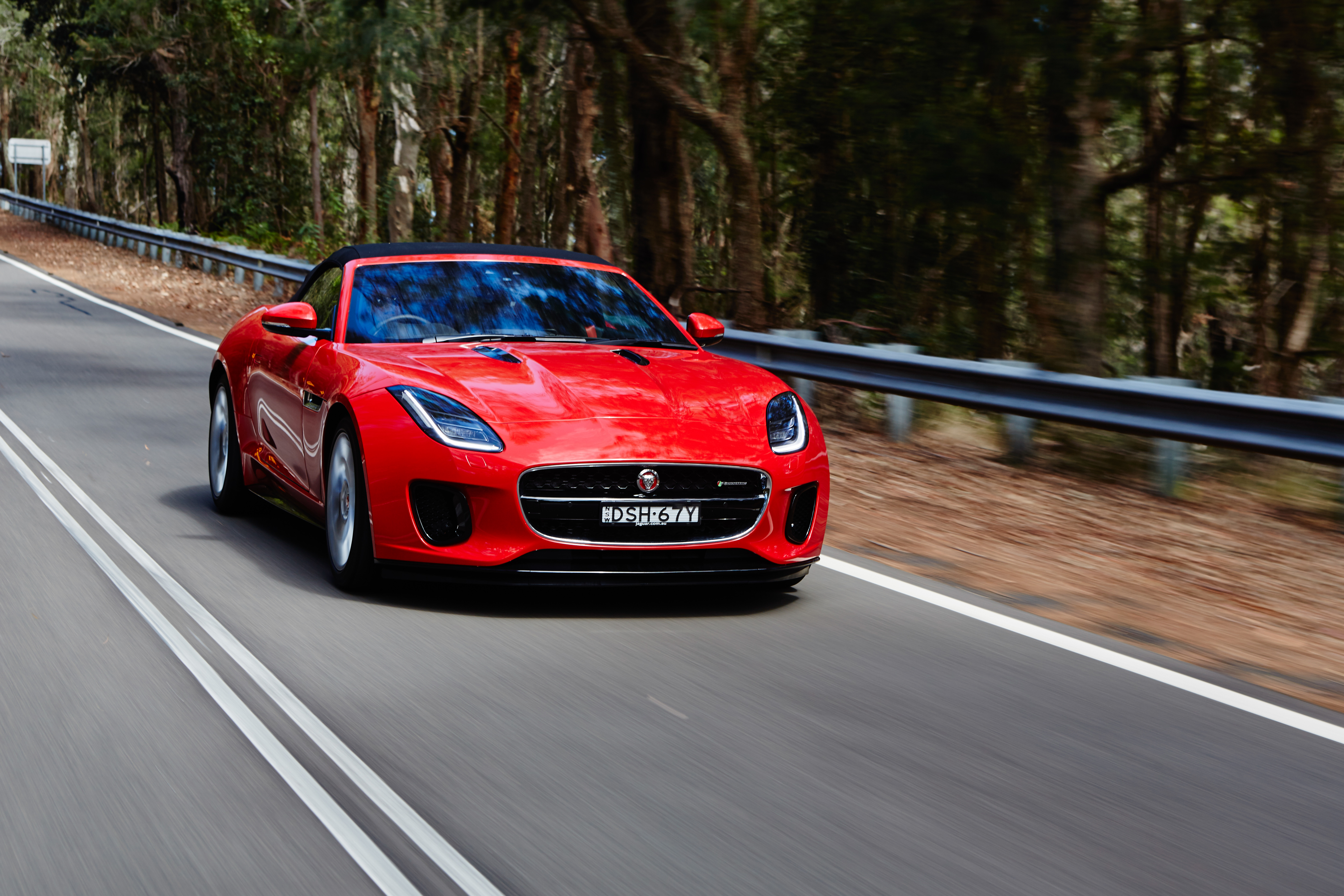 Any stigma arising from such a bland summary is, however, quickly put to rest by the driving experience. (And by the fact that this car’s natural rivals, the Porsche 718 Boxster and Cayman, are similarly four cylinder-powered).

The Jaguar F-Type is intended to be the modern invocation of the legendary E-Type, described at its 1961 launch by none other than Enzo Ferrari as “the most beautiful car in the world.” The E-Type was powered by a particularly lusty six-cylinder engine and later, to soothe US tastes, a vast V12. 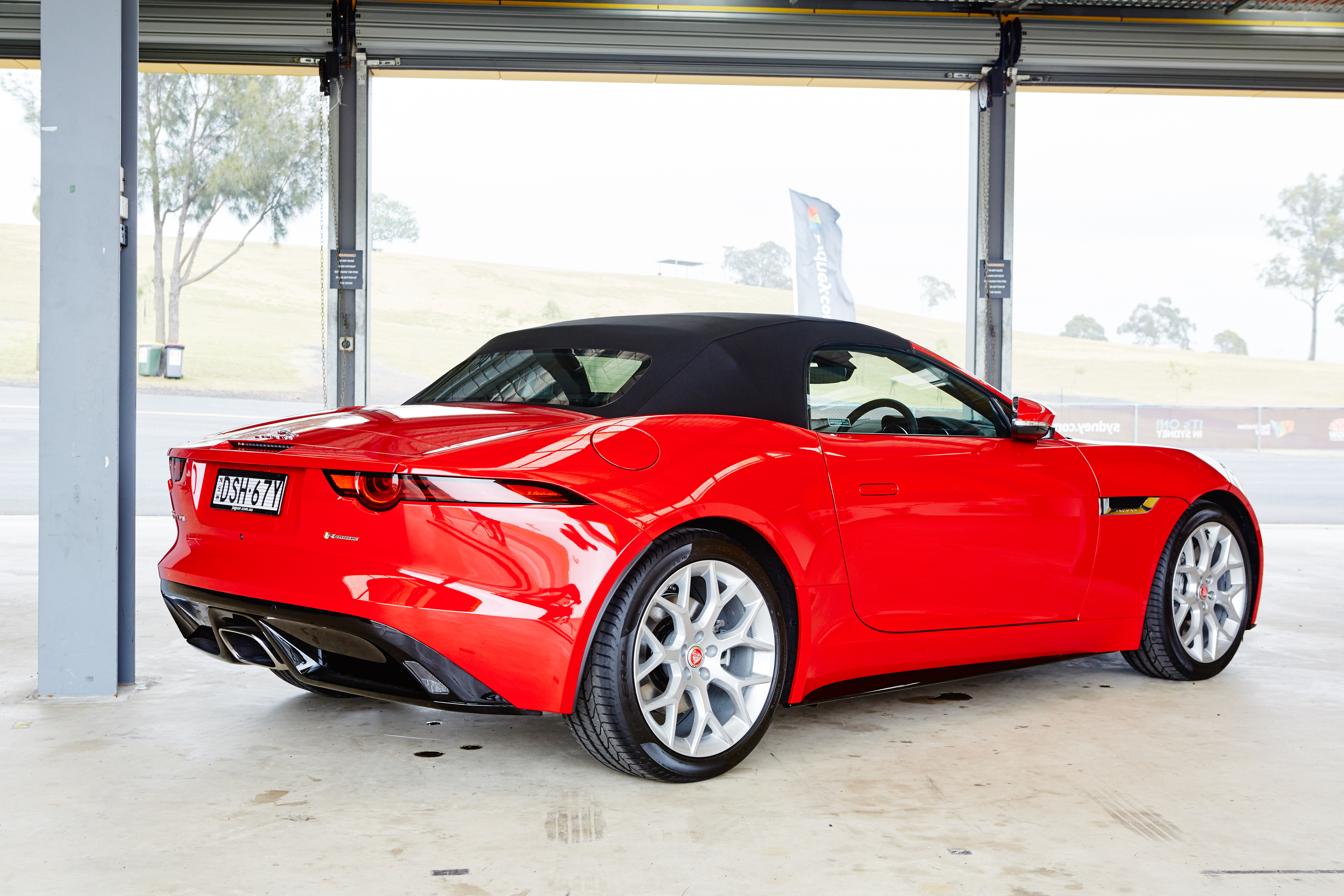 In such hairy-chested company, a four-cylinder turbo might appear to be bringing a wet sponge to a knife fight. 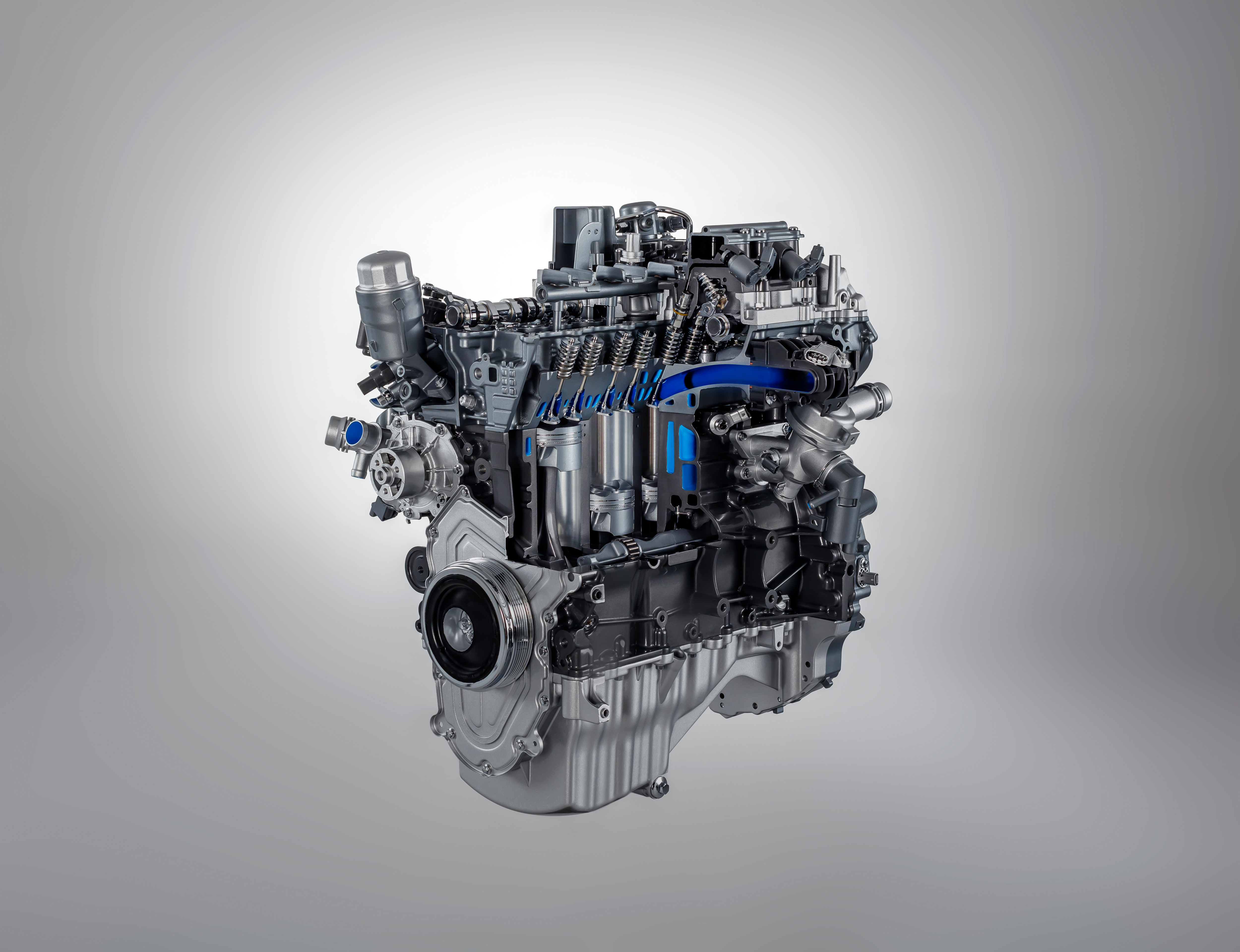 Fast and fuel-efficient: Jaguar’s 2.0-litre Ingenium engine is tweaked for more power in the F-Type

To the engine bay: this variant of Jaguar’s ‘Ingenium’ turbo four-cylinder is unique to the F-Type, with outputs of 221kW and 400Nm representing significant gains over its sedan sisters’ 177kW/340Nm. The F-Type also marginally pips Porsche’s 718 unit – though the Jaguar, at 1545kg despite its deeply impressive aluminium structure, is puzzlingly more than 200kg heavier than an equivalent Boxster.

In performance terms, this F-Type’s 0-100km/h acceleration in 5.7 seconds is just half a second slower than the 250kW V6-engined version – while using 16 per cent less fuel. The only truly noticeable downside is an exhaust note that’s not exactly stirring.

The quality of engineering is evident throughout, not least in the rigidity of that aluminium chassis and the integrity of its handling. The F-Type is solid yet highly responsive to drive, with quick steering and a ride quality that’s firm-ish yet entirely comfortable. 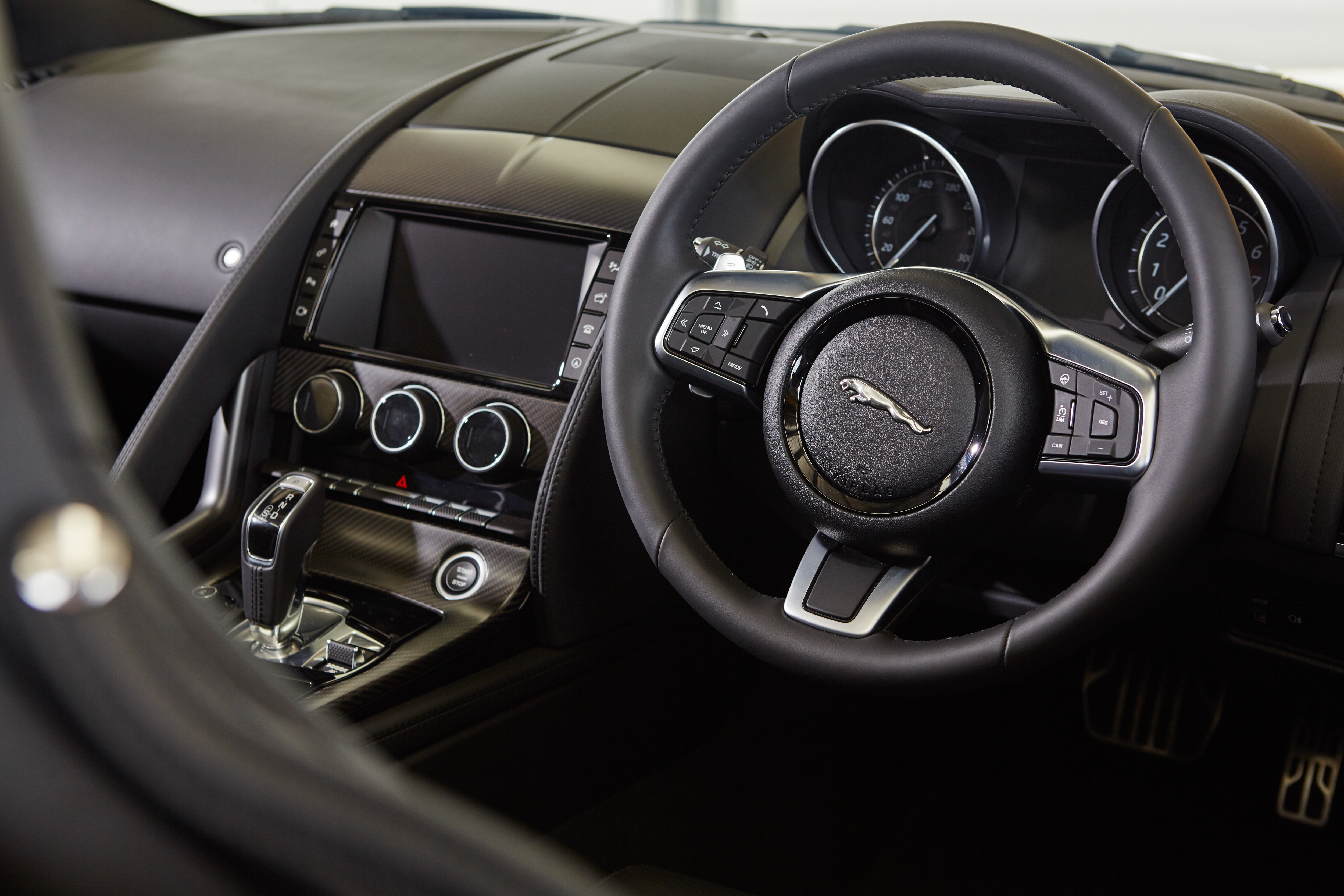 The cockpit shows off its premium design and quality materials, with excellent (and immensely variable) seating for the two occupants, a masterful mix of textures and colours throughout, and a touch of theatre in the retracting “waterfall” dash-top air vents. Cockpit stowage space is, however, minimal, and the boot’s shape necessitates soft bags rather than suitcases.

A nice touch in our red roadster was its heated steering wheel. Beautifully finished and very British, it also said much about this entry-level F-Type itself: it’s hotter than you might expect.