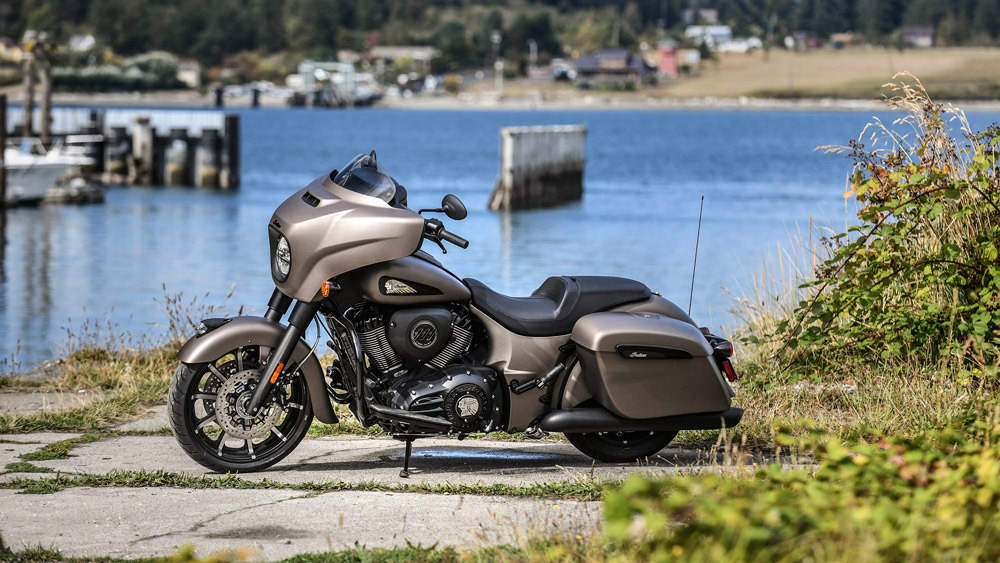 We saddled up on the 360kg bagger for a test in California.

Minneapolis’s Indian Motorcycle has become the new face of American motorcycling—strange when you consider the face new from a company that started way back in 1901. Of course, today’s Indian Motorcycle, relaunched back in 2013, is far from what it was early on, although the style of that trademark front fender, flowing curves, and all-American attitude have remained a constant feature.

The Chieftain Dark Horse—one quarter of the Chieftain lineup that’s all seen updates for 2019—aims to bump up that attitude a notch or three. The Dark Horse is aimed at the younger crowd that Indian hopes to capture when they purchase their first bagger and then never let go. 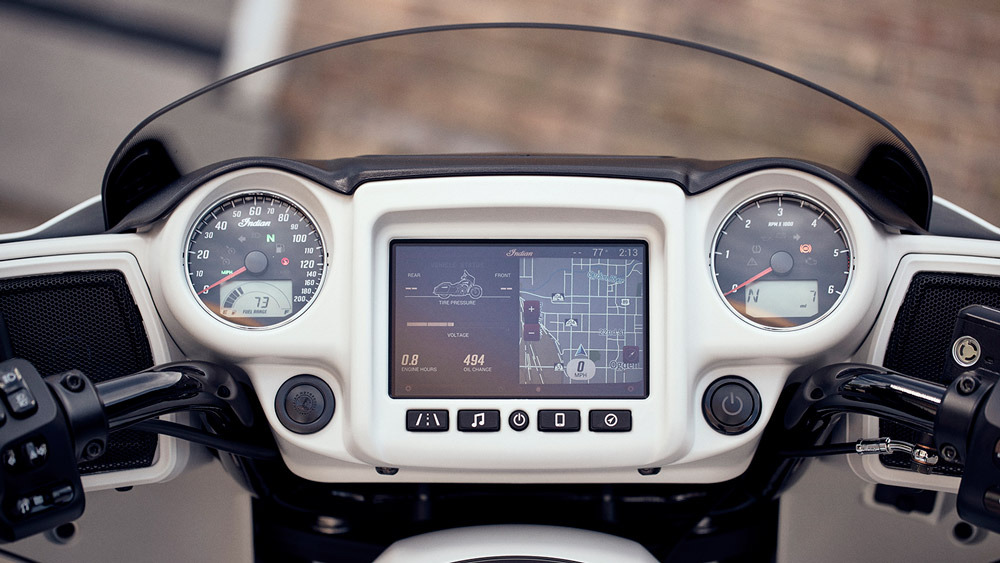 “We’ve heard many times that the classic Chieftain, while undoubtedly beautiful, didn’t have the edgy styling for the younger rider,” says Indian Motorcycle Product Manager, Josh Katt. “In the Dark Horse, we’ve got something that’s a little meaner, but that still retains that classic Indian DNA.”

The Dark Horse can be outfitted with an enormous range of accessories, including a massive 116-ci Stage 3 engine kit and boosted stereo, but for now, we’ll focus on the standard edition.

Mechanically, the 2019 Dark Horse is not a major departure from the ’18 edition, with the same 111-ci air/oil-cooled V-twin and aluminum chassis as the previous iteration.

But there’s three major differences: a new, lower rear suspension; new ECU throttle modes of Touring, Standard and Sport; and the fact the ECU will now kill the ignition on the rear cylinder to reduce the heat felt by the rider when the ambient temperature has reached 15 degrees. 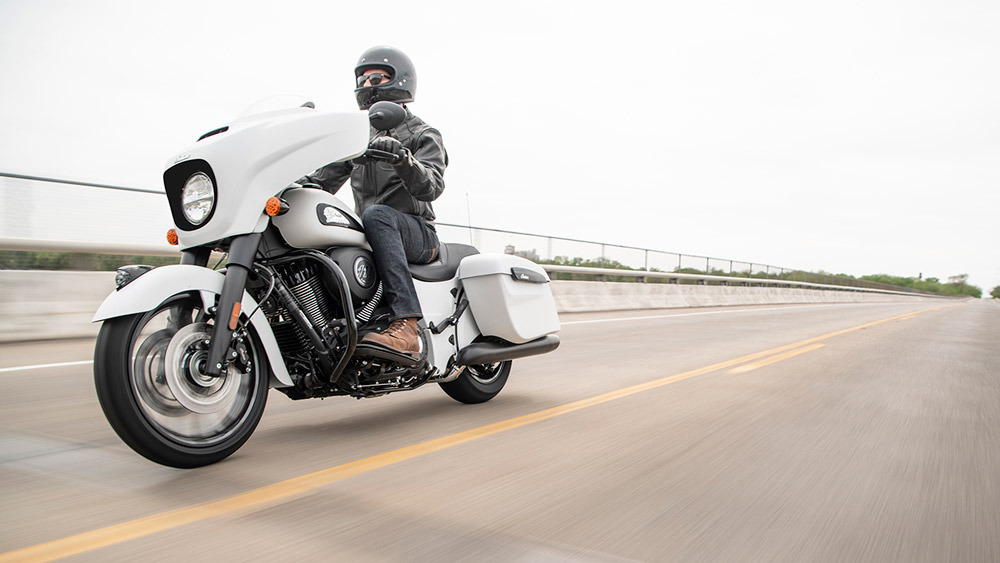 It’s a system that works so unobtrusively you’ll hardly notice its action, save for an ever so slight change in the exhaust note. Unlike automotive systems that can send a shudder through the cabin when a cylinder is killed, the Indian system is incredibly smooth in its operation as you roll away from the traffic lights.

Our ride on the new Dark Horse took us through the motorcycle wonderland that is California’s Northwest, riding from Anacortes to Winthrop and onto Monroe in the state of Washington. Through incredible landscapes and even better roads, the Dark Horse proved an exceptional steed, gracefully carving its way up mountain passes while providing supreme rider comfort.

This is a big 360kg motorcycle designed for big days in the saddle, and as such, Indian has revamped the rider seat and used a more aerodynamic front fairing to help cut the wind with greater ease. 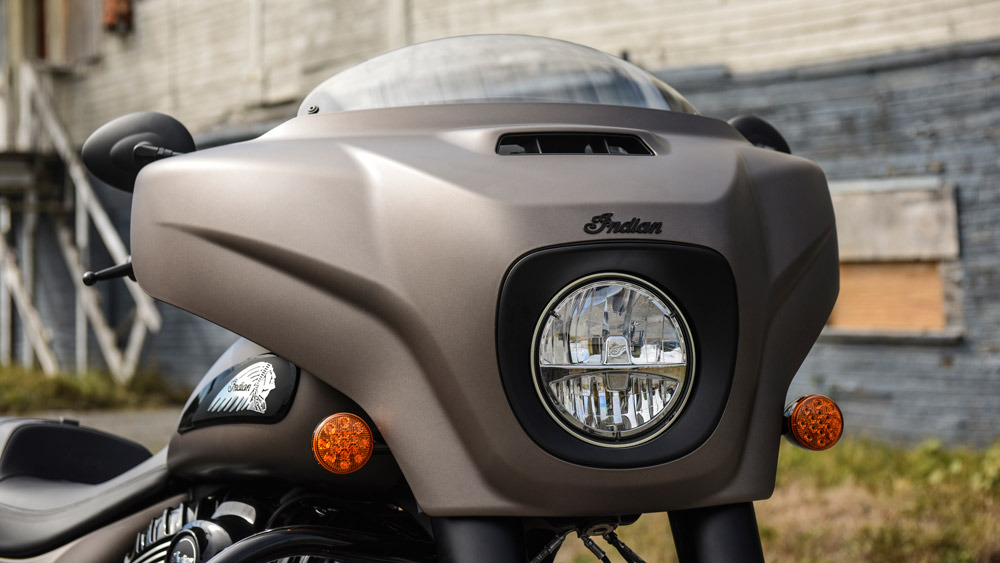 This is all accompanied by Indian’s 100-watt sound system that has also been retuned with the tweeters separated from the mid-range speakers for better clarity and a new five-band dynamic equalizer ensuring you have optimal audio performance, regardless of how fast you’re traveling.

The 1.8-litre motor is a masterpiece of civility, and the new rider modes allow more of its personality to shine through. Sport mode is where the real fun is, allowing for a direct connection from throttle to rear wheel. But the Touring mode is where I believe most riders will spend their time as it gives the best of both worlds of performance and relaxation. The braking system, however, could do with a better feel at the lever, which can be a little vague.

The 2019 Indian Dark Horse thus represents an evolution of the Chieftain, a new take on the classic design, and is another example of how the company is really firing on all cylinders right now. Available in White Smoke, Bronze Smoke, and the original Thunder Black Smoke color schemes, starts from around $28,999.