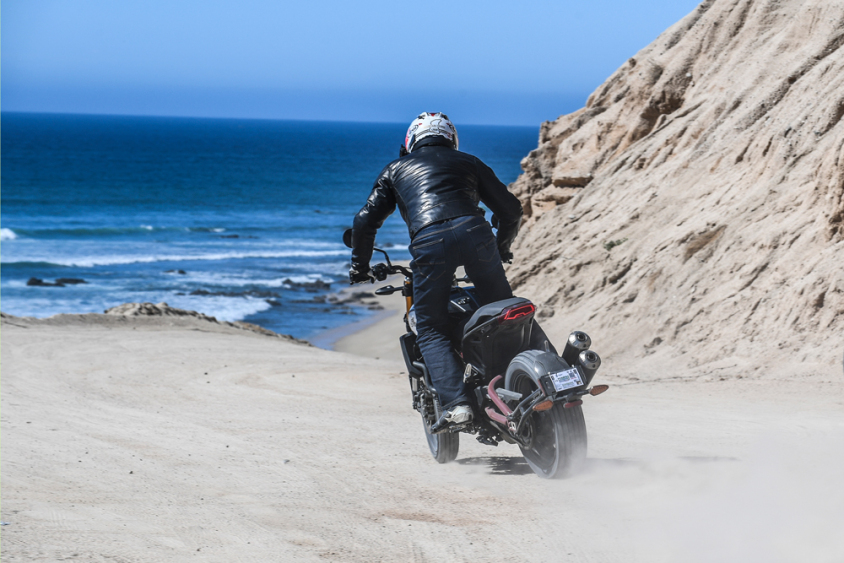 We tested the 91kW, flat-track-inspired model in Baja and found it a confidence-building beauty.

There have been few motorcycles in recent memory as eagerly anticipated as the Indian FTR 1200 S. The $22,995 bike is the fruit of Indian Motorcycle’s racing labour in which they have comprehensively decimated arch rivals Harley-Davidson in the American Flat Track Championship. Since arriving in 2017, the team has taken both championships with Jared Mees, and look like they will back it up again this year.

Emanating from the design pen of the brand’s senior industrial designer, Rich Christoph, the FTR 1200 S and its lower-spec brother—the base-model, $19,995 FTR 1200—represent not just Indian’s current racing program but also the first true American sports motorcycles in a generation, and the only factory-build street trackers available for mass purchase. 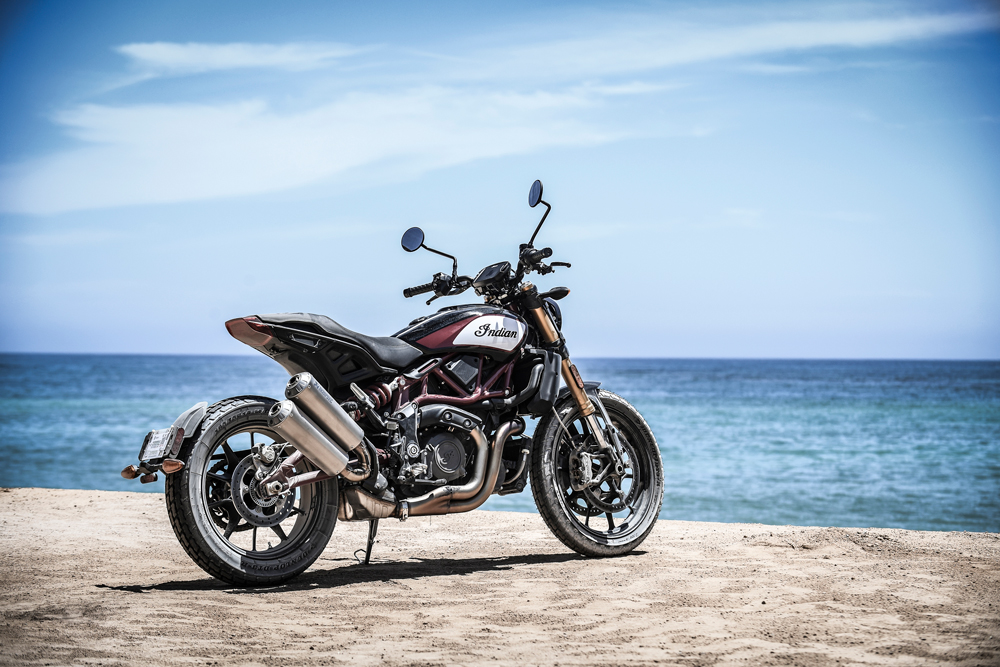 But to compare the FTR to almost any other “naked bike” is to miss the point of the exercise. Unlike almost all competitors in the big-bore V-twin category, the FTR rolls on 19-inch front wheels and 18-inch rear ones. They are wrapped in specifically designed Dunlop DT3-R tires—taken straight from the dirt tracks of America and modified for the street.

On the safety side, you have switchable ABS and traction control, with their functions controlled by a Bosch Inertial Measurement Unit that monitors the motorcycle’s behaviour in six-axis and ensures the safety systems kick in before you get kicked off. Everything is mitigated through Indian’s brilliant Ride Command touchscreen dash, meaning no more taking gloves off and fumbling through different switches for the desired result. Think iPhone for a motorcycle. 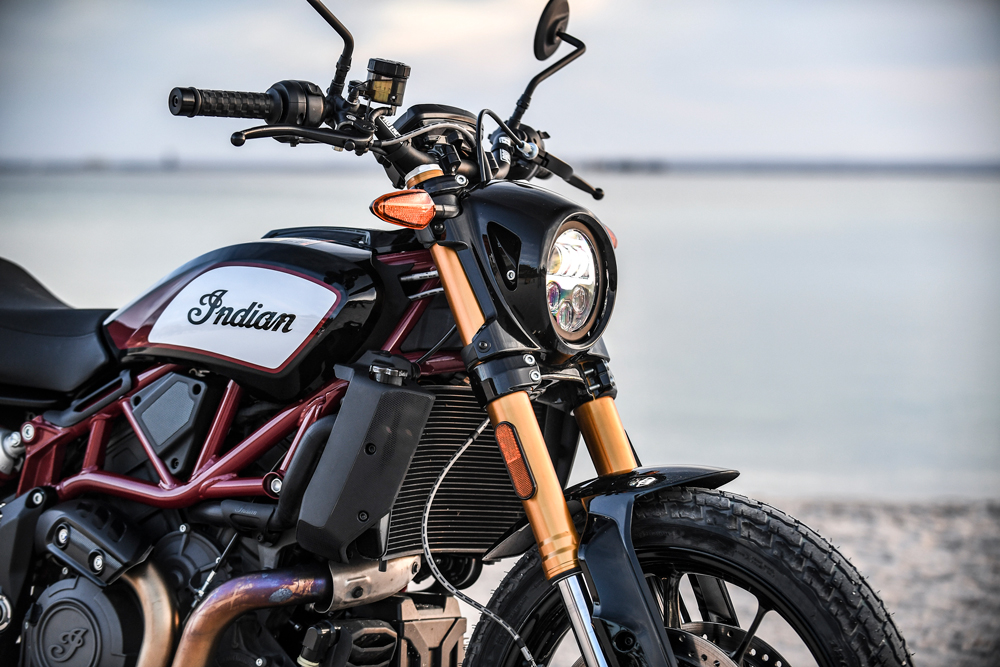 One of the first true American sports motorcycles in a generation.
Photo by Barry Hathaway, courtesy of Indian Motorcycle.

Robb Report was invited to Mexico’s coastal Cabo San Lucas to sample the FTR, which revealed an incredibly agile, virile machine, equally at home going hell-for-leather through the twisty road sections as it was traversing the sandy terrain along the beachfront.

For a machine with a claimed dry weight of 221kg, the FTR is by no means a featherweight. However, it carries its girth supremely well, giving the rider loads of confidence to push the motorcycle harder than you’d expect with those dirt track–specific tires.

Big twins are susceptible to poor throttle response, but Indian has mapped the initial opening of the twist grip well. On high angles of lean, where a smooth throttle response is paramount in maintaining good chassis balance, the FTR feeds its power in smoothly but with a real sense of urgency.

There is a tremendous kick in the power at 5000rpm as the engine surges into its go zone and peak torque and power figures are reached, which, at first, can be a bit of a turn-off but is something you quickly get used to. Call it a personality trait.

And that’s what the FTR has in spades—personality and character. There are other machines out there that are faster, lighter and, frankly, cheaper, but none have the character the FTR 1200 S has.

America’s first motorcycle company has introduced a truly special machine, one that will move it further closer to becoming a truly global player with products that will suit a much broader range of riders. The old motorcycling saying of “win on Sunday, sell on Monday” looks like it was crafted for the FTR 1200 S.