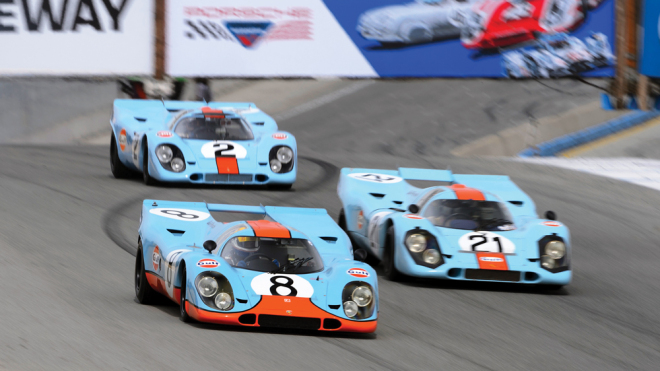 A look into the evolution of the world’s most iconic racing liveries.

When Enzo Ferrari famously remarked that race cars “become beautiful when they win,” he probably did not fully appreciate the full cultural power those looks would evoke. In the relatively brief history of motorsports, particular graphic treatments—racing liveries—have bounded from cars and uniforms into all sorts of places, including watch dials and straps. And from there they continue to fire our imagination, even when the particular details of the cars and the victories they earned begin to fade.

“The most iconic liveries are the ones born out of simplicity,” says Jaguar’s director of design, Ian Callum, who spent the better part of the 1990s working as the chief designer at TWR, a British racing team and engineering firm. “Fundamentally, stripes matter; they accentuate a car’s forms. By using stripes in a certain way, you can give a car a unity that it might not otherwise have.” 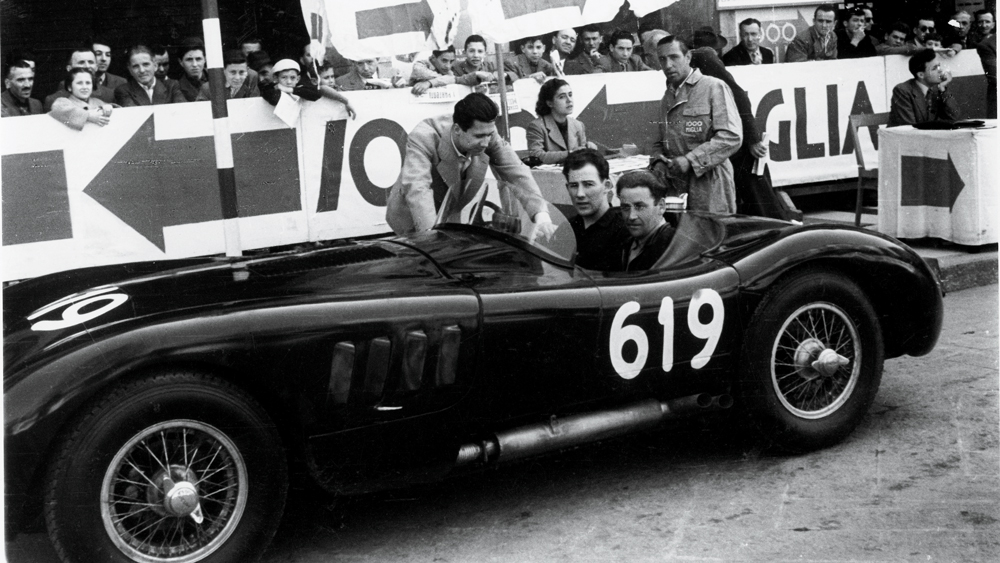 Up until the late 1960s, international racing circuits featured solid-colour paint schemes, which indicated the nationality of the car manufacturer or driver. When sponsorships entered the fray in 1968, more intricate liveries came to life. The following decade, bright colors were the avor of the moment, but Lotus bucked that trend by introducing the John Player Special, an all-black paint scheme that spotlighted its sponsors in gold. “It was really amazing, as you had these clean lines of the car that went along with the elegance of the black colour,” says Giorgio Piola, Motorsport Network’s head of technical analysis and illustration. “The car came to be known as the Black Beauty.” 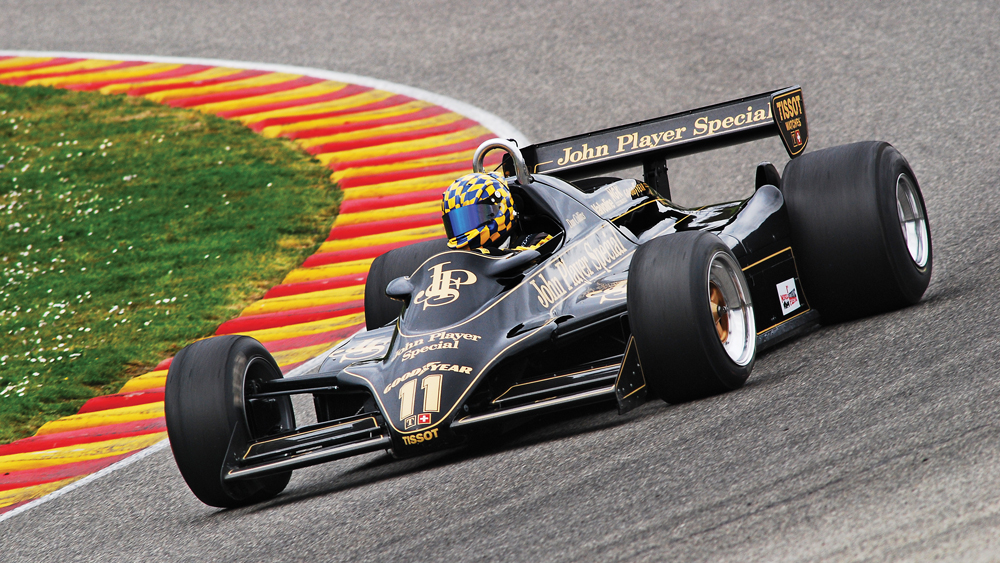 Two decades later, Callum elaborated upon that clean graphic concept by designing a two-tone purple paint scheme for the Silk Cut Racing team’s Jaguar XJR-14. “It was the idea to make it look like it was covered in a blanket of purple silk material,” he explains. “This was really the first attempt to cover a car with something more interesting than just stripes. The graphic showcased the shape of the car instead of trying to disguise it.” 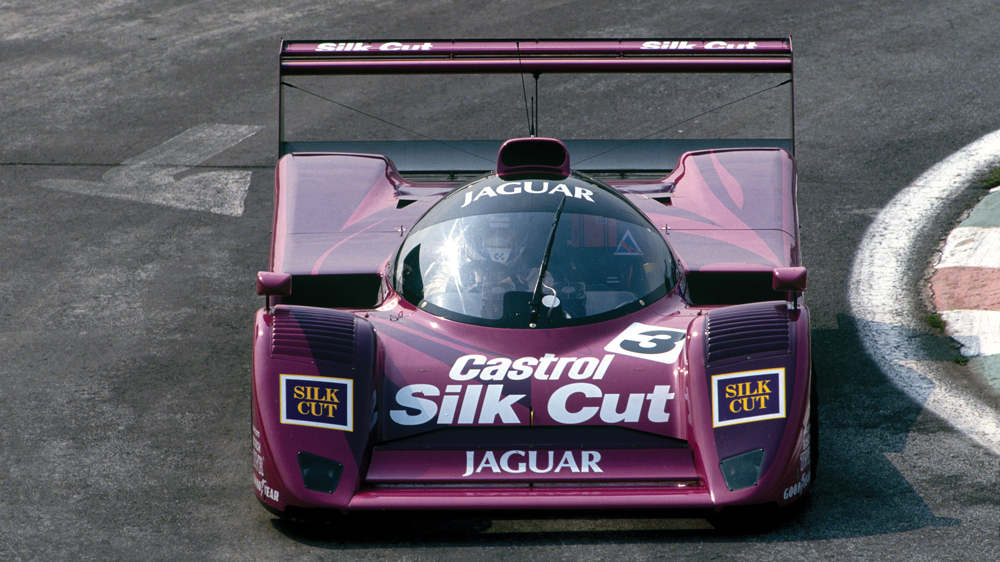 Artistic and cohesive livery designs, although the most memorable, were uncommon throughout the 1970s and are even rarer today. According to Callum, the reason for that is racing’s commercial imperative. “It is such a difficult exercise,” he says. “When someone is paying millions of dollars they want their pound of flesh.”

In rare instances, a renowned racing livery is born from race car engineering. The most notable occurrence took place in 1971, when Porsche engineers aimed to merge the body styles of the short- and long-tail 917 models. The race car that emerged featured a wide body with rounded wheel cutouts and a short, low, nose. Although the car was nimble and quick—it was the fastest car during prerace qualifying sessions at Le Mans—it was also rather ugly. Embracing this, Porsche’s racing team created a pink racing livery that sectioned it off into the body parts of a pig, including the names of each butcher cut in German. The car quickly earned the nickname “Pink Pig” (as well as “Big Berta” and “True Hunter”), and Porsche recently brought the livery out of retirement for the 2018 24 Hours of Le Mans. 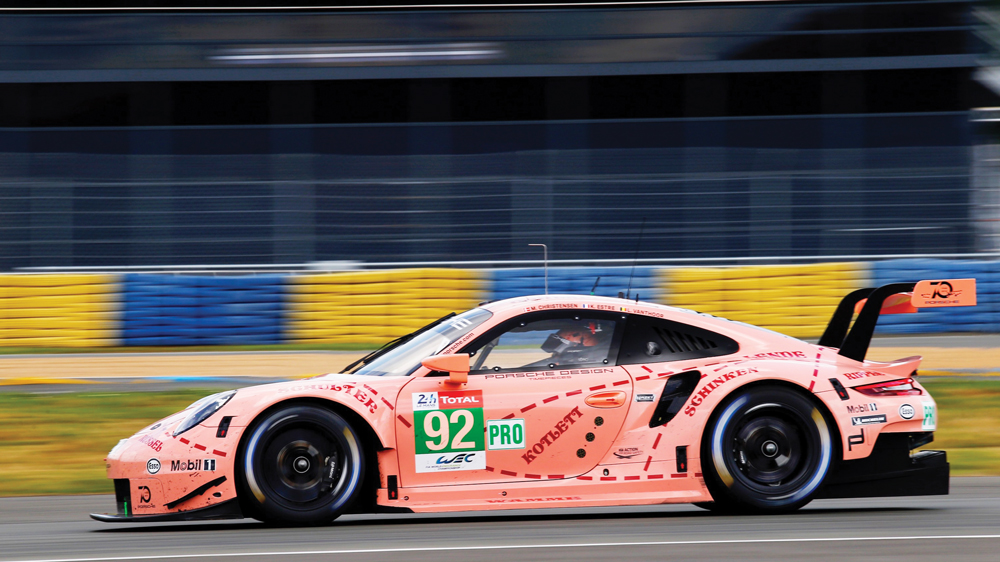 Famous liveries conceived during the late 1960s and throughout the ’70s also earned their iconic status, in part, from factors unrelated to color schemes or racing stripes. “The human story was more important in the 1970s than it is now,” says Harold Primat, a retired professional racer who, during his 17-year career, competed numerous times at Le Mans and in the Blancpain Endurance Series. “You were talking about these amazing engineers and amazing drivers and an amazing sponsor. You felt like you were a part of it; you could recognise yourself in that story. It made an emotional impact because of the human adventure, and the accomplishment felt more human.”

The 1971 Le Mans, starring Steve McQueen, immortalised the powder-blue-and-orange Gulf livery and epitomizes this notion. In 2009, Primat raced for the Gulf-sponsored Aston Martin team, and he says his love of the livery and the pride he felt driving the car was linked to the livery’s history, specifically through that Hollywood lens. “I don’t even know what victories the Gulf livery had,” he says. “But I know that it’s Le Mans and Steve McQueen. That got people dreaming about racing.”