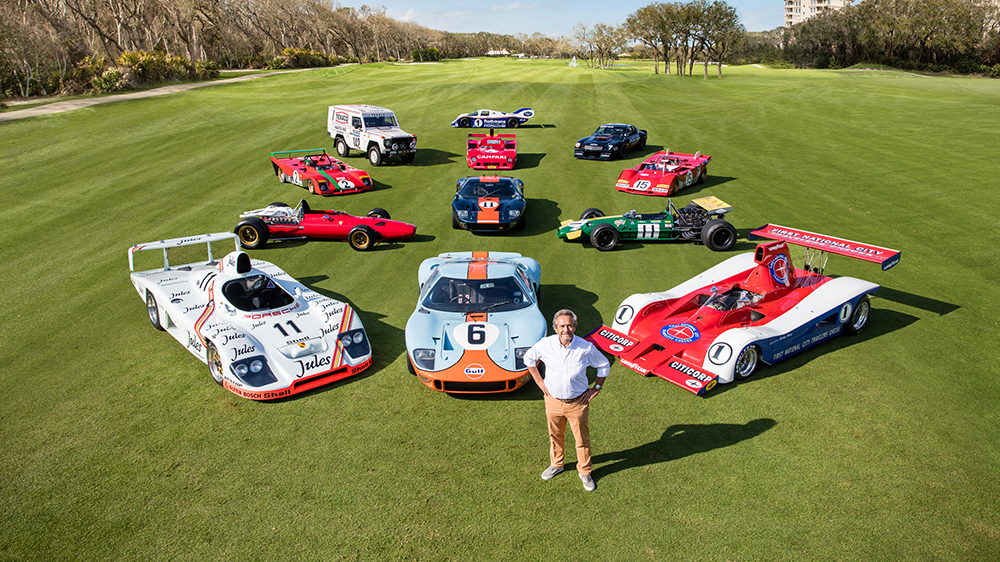 From a 1977 Chevrolet IROC Camaro to a 1983 Mercedez-Benz G-Class Dakar Rally champ, here are the best land missiles Ickx captained.

Jacky Ickx seldom went with the flow. When Jackie Stewart and the rest of the Formula 1 ilk were arguing for safer F1 race standards in the 1960s, Ickx was the sole dissenter, recently remarking, “Can you imagine, back then, stopping a race because the conditions were too wet? It was part of the job, and the job’s not meant to be easy. If you win without difficulty, you win without glory.” Not only did Ickx win in difficult situations, the Belgian did it his own way.

While the 24 Hours of Le Mans used to be a starting sprint to the car that wouldn’t see drivers finally affixing safety harnesses until somewhere deep into the first lap, when they were sometimes doing 320km/h down the Mulsanne Straight, Ickx found the whole notion of racing to start racing foolish. So, in 1969, he calmly walked to his car, and did up his belts and began the race dead last. He finished first.

Ickx is a six-time 24 Hours of Le Mans champion, an eight-time victor in Formula 1, a Can-Am champ and a Dakar Rally winner. But in a sport where winning was everything and egos were as large as the engines behind the drivers, Ickx is somewhat demure when it comes to taking all the credit. On stage during the Mercedes-Benz-sponsored Amelia Island Concours d’Elegance gala, where he was the honouree, Ickx shied away from talking about his racecraft, instead humbly retraining the spotlight onto the teams and engineers that supported him.

Still, to behold his collection of a dozen-plus race cars on the manicured lawns of the Ritz Carlton during the Concours was an impressive sight. Here, our favourites from the collection. 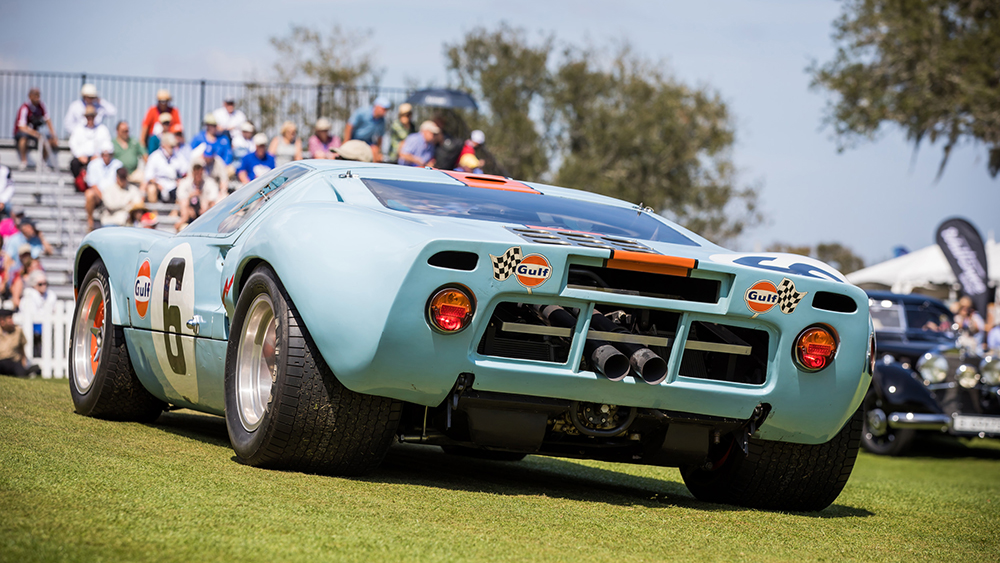 This is the very car that Ickx walked to during the Le Mans start, and it looks fantastic in that Gulf Livery. Ford had proved its sheer dominance in endurance racing after trouncing everyone else for several years straight, and when the FIA limited displacement from 7.0 litres to 5.0 litres in a bid to reduce overall top speeds, Ford ceased factory entries. This customer entry had Gulf Oil support and Ickx’s lead foot to help propel it to Le Mans Victories in 1968 and 1969 and it won six out of the 11 overall races it campaigned in. 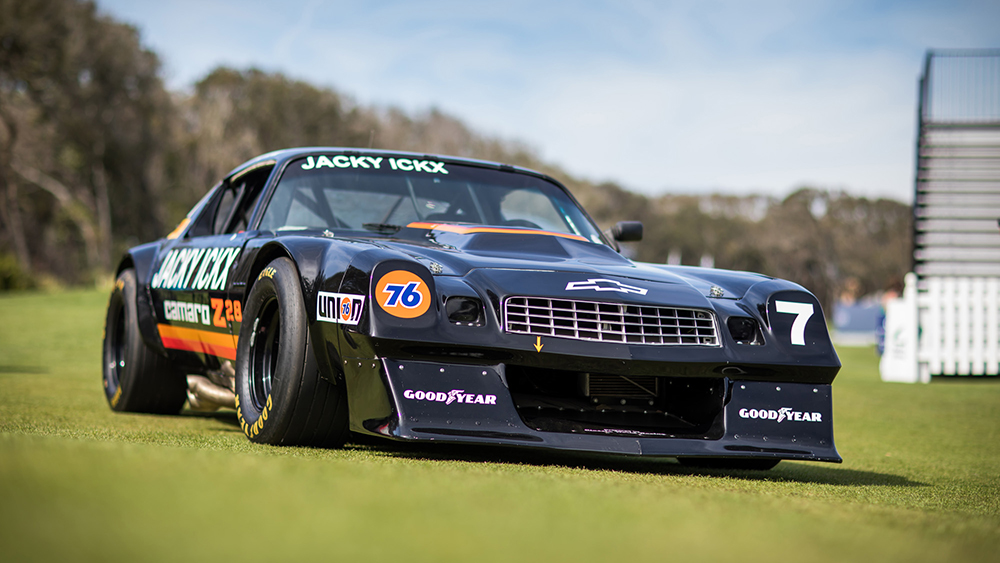 A number of legendary drivers sat in this IROC series’ Camaro race seat, including Mario Andretti, Al Unser, Sr., Cale Yarborough, and Rick Mears, all between the years of 1977 and 1980. It’s powered by a 7.2 litre V8, packing more than 370kW and it just looks as badass as you can get. 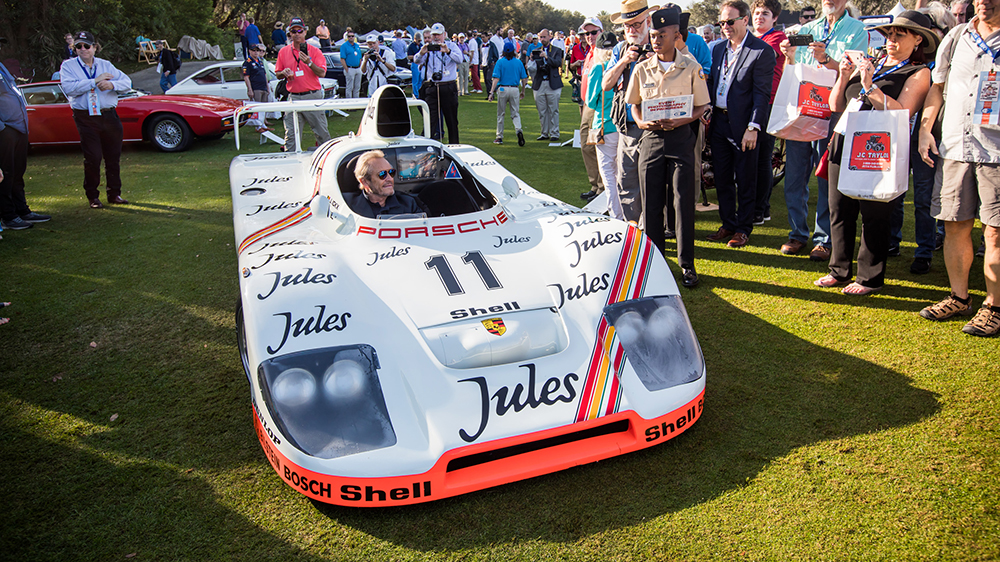 This 936 was made to compete in the World Sportscar Championship and at Le Mans, and under the stewardship of the likes of Ickx, it notched victories in both endeavors. The factory-backed 936 snagged the top of the podium with Ickx three times, in 1976, 1977 and 1981, and saw a number of other top-three finishes. 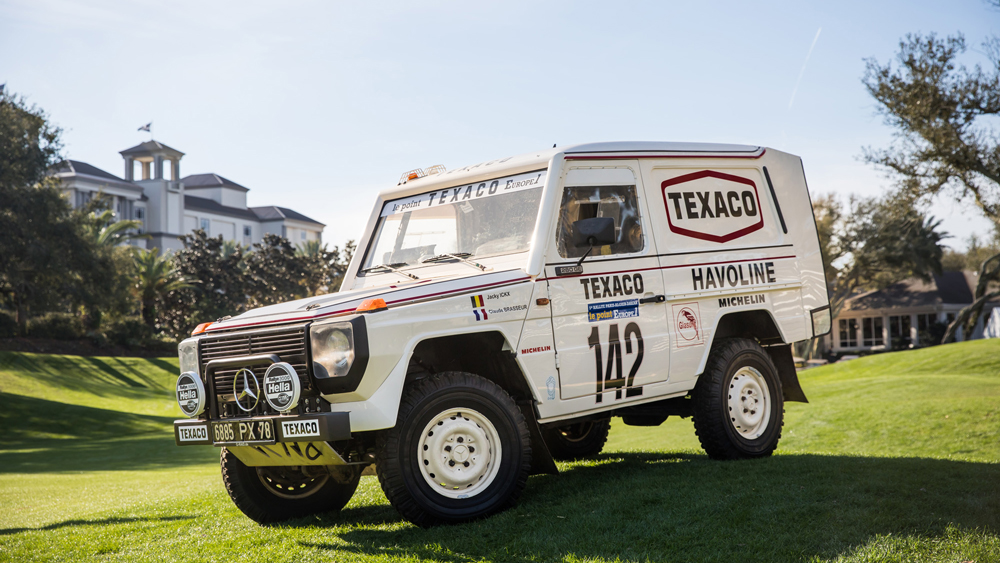 This isn’t the actual Gelandewagen that Ickx won the Dakar Rally with in 1983, but that’s okay because it’s a damn identical replica. Ickx and co-driver Claude Brassuer hammered through the 12,000 kilometres of the Paris-to-Dakar rally to clinch the victory. The 280 GE rally spec was fashioned from a production G-wagen with detachable parts and a rear “hood” that helped increase aerodynamics. The engine went from 48kW, stock, to 164kW in Ickx’s variant, and had special suspension, tyres, and front springs to allow dune-bashing at 210km/h for nine hours straight, for days on end. “A desert is a place where nobody lives,” Ickx told the Amelia Concours magazine. “If something goes wrong, you have to find a solution by yourself, out there in the silence. You think you are important, but out there, alone, you realise you are not.”

And yet, you are, Jacky. You’re among the most important figures in motorsport history.