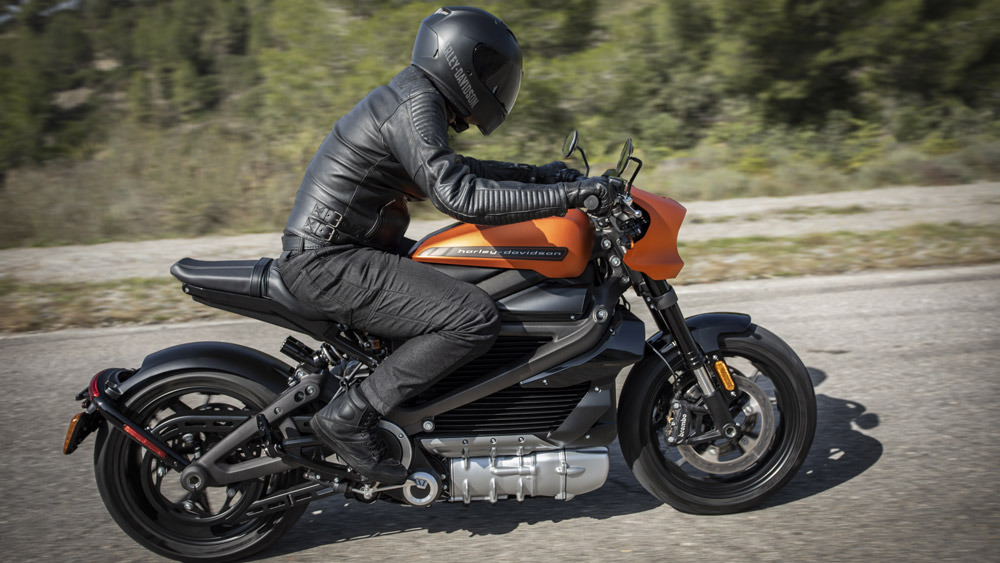 Harley-Davidson Is Redefining Itself With the New LiveWire Electric Bike

The new motorcycle departs dramatically from the noisy, fuel-burning machines of yore.

Harley-Davidson might be the unlikeliest brand to roll down the road of electrification. After all, the 116-year-old nameplate is so synonymous with internal combustion, it once fought for the legal right to protect the distinctive sound of its fuel-burning V-twin engines. Although Harley has been toying with EV concepts since 2014, its first commitment to battery power arrives this August in the form of the LiveWire motorcycle. It’s a seismic shift that has the potential to redefine the brand’s identity.

The new bike departs dramatically from the company’s reverberant machines of yore. For starters, features such as Bluetooth connectivity, navigation, and music settings are displayed on a screen—a far cry from Harley-Davidson’s conventional analog gauges. That digital chic goes more than skin deep, thanks to an app that enables charge status, location, and security alerts to be accessed remotely. And while certain visual cues—like the bikini fairing and false fuel tank—parrot its gas-powered predecessors, the aluminium-framed bike still comes across as a break from tradition, with an X-shaped chassis and large, finned surfaces where a V-Twin would normally live. 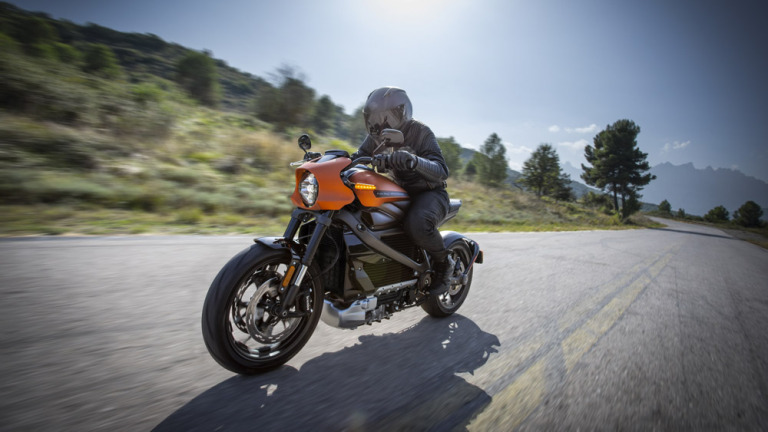 The bike is touted to go from zero to 100 km/h in 3.5 seconds.
Photo: Courtesy of Harley-Davidson.

Swift and (mostly) silent motivation comes from a lithium-ion battery and an onboard charger that can be replenished via myriad sources—such as a standard household outlet, DC Fast Charge, or J1772 connector. Final performance specs are pending, but the essentials are compelling: zero to 100km/h in less than 3.5seconds and 225km of city range. That makes it quicker and longer-riding than Harley’s Sportster Forty-Eight model with a conventional power plant.

Priced at $29,799 USD (around $42,000 AUD), the Harley-Davidson LiveWire offers a fresh take on two-wheeled mobility; one that subverts the builder’s legacy of blustery, heavyweight bikes. And if the old guard is appalled by the loss of gleaming cylinder heads and thumpy exhaust note, let them consider LiveWire’s carefully executed details, which include a brightly finished polished aluminium motor case and the faint mechanical sound of its gear set, whose pitch and volume escalate with speed. Harley’s future may not be loud, but it certainly is bright.