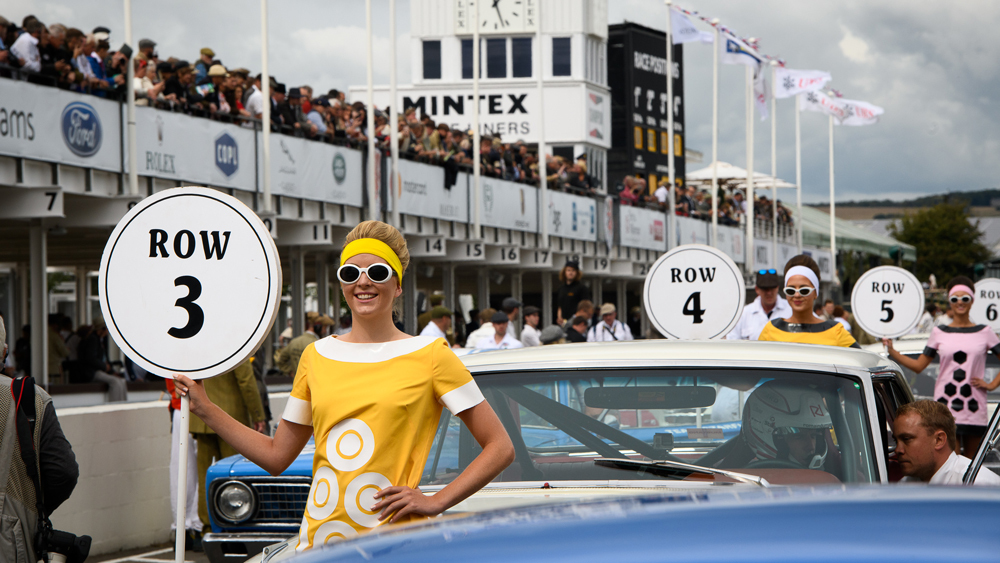 The three-day festival was chockablock with gorgeous vintage cars and over-the-top retro costumes.

The Goodwood Revival, held annually for the past 20 years at the Goodwood Motor Circuit in West Sussex, England, celebrates the famed motorsports track’s re-emergence in 1998 after its closure in 1966. This year, more than 150,000 people attended the weekend’s events (September 7 to 9), which included auctions, shopping, displays, and of course, racing. Not only does the event attract some of the most beautiful vintage cars still in existence, it also lets these pinnacles of past performance duke it out on the track to the thrill of the spectators lining the course. 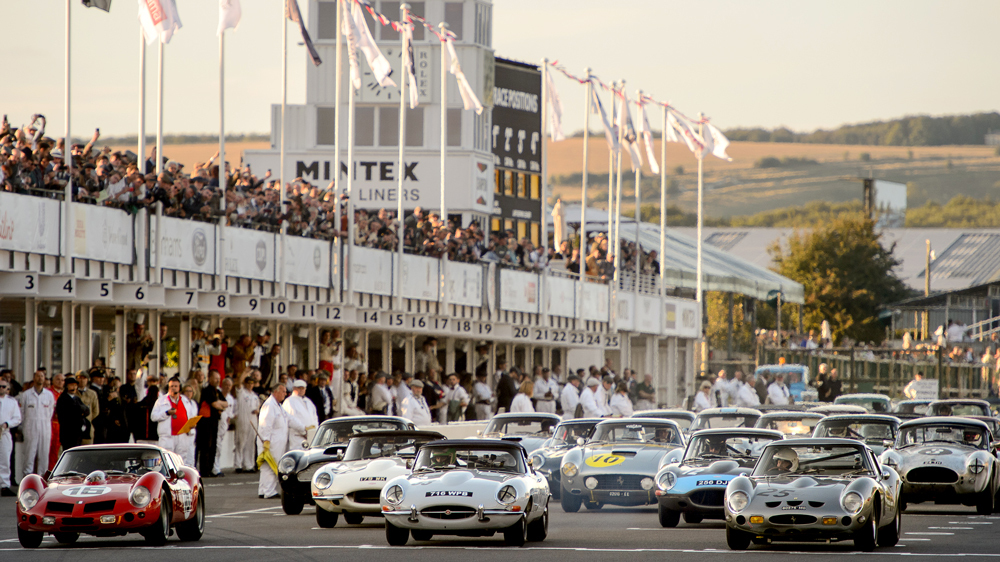 Photos: Courtesy Rolex/Nick Harvey
And oh the spectators! Paying tribute to the circuit’s golden age from its opening in 1948 until its closure, the majority of the fans in attendance at the event dressed up in period costumes of the ‘40s, ‘50s, or ‘60s. From paperboy caps paired with tweed jackets to slinky mod dresses, the stylish spectacle in the stands was nearly as entertaining as the action on the course. 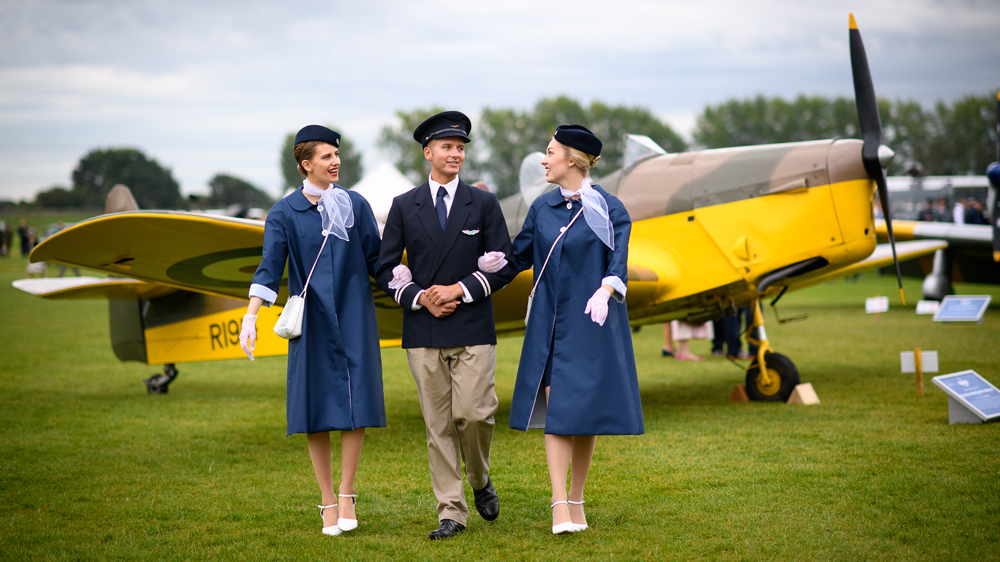 Speaking of the course, this year Goodwood played host to 15 races in various categories, including British sports cars built before 1966, Grand Prix cars from 1952 to 1960, motorcycles from before 1959, and the festival’s annual closer, the Sussex Trophy race, which comprises sports cars that raced from 1955 to 1960. 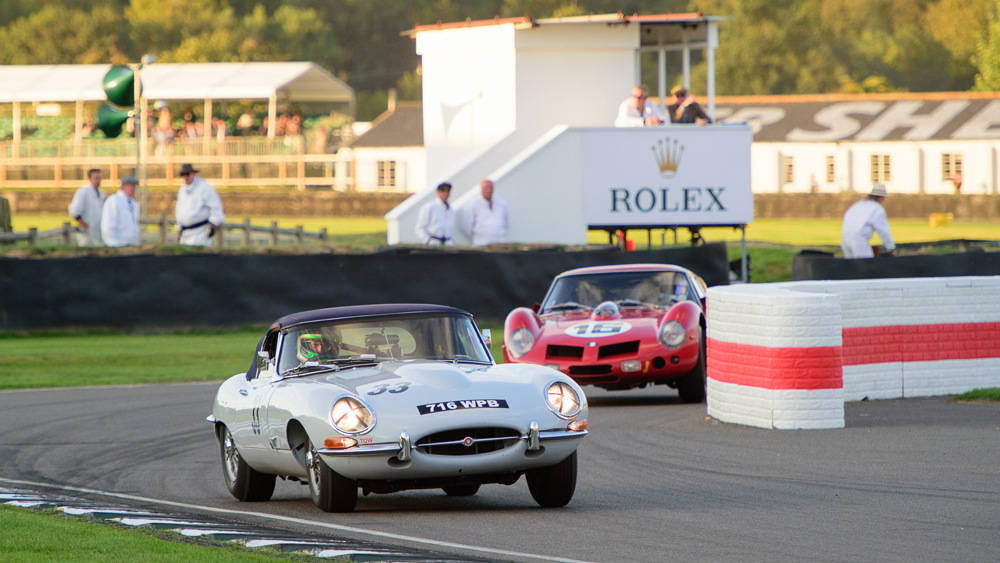 The Kinrara Trophy race held on Friday for closed-cockpit GT racers with engines larger than 3.0 litres was an especially impressive display, fielding one of the most valuable collections of cars ever assembled for a race. In the end, the first to cross the finish line was a 1961 Ferrari 250 GT SWB driven by Niklas Halusa and five-time winner of 24 Hours of Le Mans,, Emanuele Pirro. But Pirro wasn’t the only racing legend in attendance at the race; three-time Formula 1 Drivers’ World Champion Sir Jackie Stewart participated in two races himself. 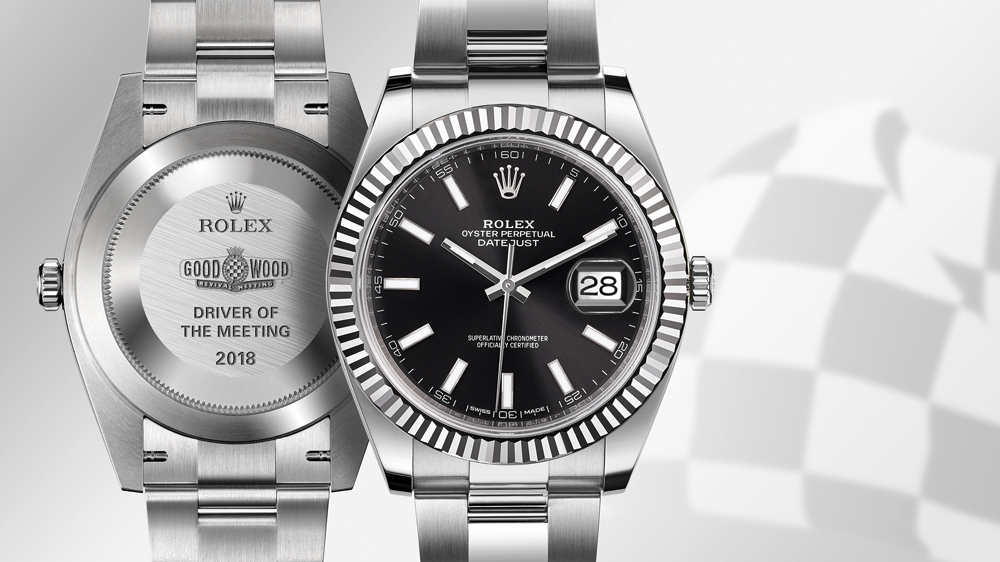 Closing out the weekend’s events, the prize ceremony on Sunday saw racer Darren Turner named the Rolex Driver of the Meeting. Turner, who showed off his skill in three races over the course of the festival, was awarded a specially engraved Rolex Oyster Perpetual Datejust 41 for his troubles.

And though the victory rolls are now unpinned and the trilby hats boxed away, you can always start preparing for your own vintage adventure in England at next year’s event.