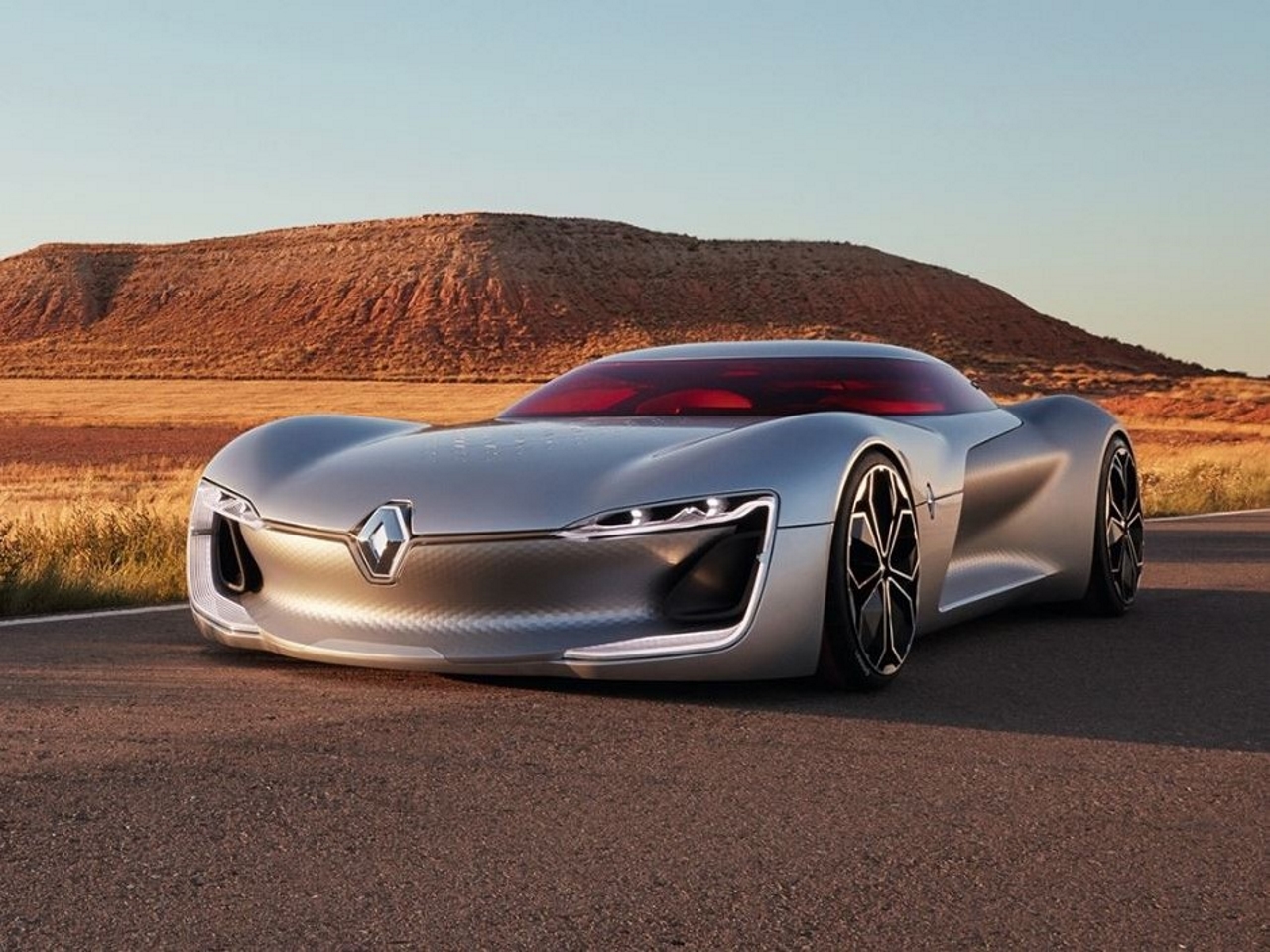 Five auto concepts you absolutely need to know about

Here are just five of the incredible concept cars from the 32nd International Automobile Festival in Paris.

In early February the future of automotive design and engineering found a contemporary home at the 32nd International Automobile Festival in Paris. Dream machines from across the globe were parked within the 32,000-square-foot exhibition space of the historic Hôtel National des Invalides. Here are just five of the incredible concept cars that were illuminated in the City of Lights. (festivalautomobile.com) The team plans for the vehicle to be at the vanguard in all aspects of performance with the help of cutting-edge transmission technology and the next generation of aerodynamic enhancements. The projected production run will range from 99 and 150 examples with deliveries as early as 2018. (astonmartin.com; redbullracing.com) Perhaps what is most impressive about the Renault Trezor at first glance is not the advanced all-electric power-train or autonomous driving technology, but the innovative clamshell-like roof that raises up to admit entry. Once inside, passengers in the gorgeous grand tourer are ensconced in red, from the leather upholstery to the dash. The latter, comprising overlays of ash and integrated with a touch-screen display, has been created by the wood-framed-bicycle builders at Keim Cycles. Along with styling that shows off France’s flair for beautiful bodywork, the Trezor also entices with powerful performance from a pair of motors. The two were developed from those used by the marque’s winning e.dams racing team competing in the FIA Formula E series. With 350 hp (261kW), the concept travels from zero to 100km/h in less than four seconds and can be operated in three modes: Neutral, Sport, and Autonomous. (group.renault.com) A truly green grand tourer, the DS E-Tense is an electric-powered, chartreuse coupe that represents the vehicular vision of the DS marque, a relatively new subsidiary of Citroën’s parent company Groupe PSA. Its zero-emissions motor manages to generate 402 hp (300kW) with about 380 ft lbs of torque (515Nm), kicking the car from zero to 100km/h in 4.5 seconds on its way to a top speed of 155 mph (250km/h). And the battery enables a range of roughly 185 miles (298km). A big cat that protects its environment, the Jaguar I-Pace SUV is the British marque’s first run at electric mobility, and its claws have certainly been sunk into the technology. The I-Pace purrs with dual motors that provide 400 hp (298kW) with 516 ft lbs of torque (700Nm) and the ability to pounce from zero to 100km/h in about four seconds. And the lithium-ion battery, which allows an operational range of 220 miles (354km) per charge, can be brought up to 80 per cent of full capacity in only 90 minutes. The all-purpose automobile’s bodywork has been made aerodynamically efficient with a pronounced hood scoop and air ducts. The interior bolsters comfort for four passengers with individually contoured seats, while the driver benefits from a floating center console (with two touch screens) and a heads-up display on the dash. The I-Pace is expected to join the competitive hunt by the latter half of 2018. (jaguarusa.com) The Opel GT Concept is like the latest athletic footwear — lightweight, highly functional, and flashy. Coming off the scales at roughly 2200 pounds (998kg), the lithe looker holds a 145 hp (108kW), three-cylinder turbocharged engine (with 151 ft lbs of torque or 204Nm) paired with a sequential six-speed transmission. The power-train permits the coupe to sprint from zero to 100km/h in less than eight seconds and reach roughly 133 mph (214km/h). The car follows in the tail-lights of another of the German marque’s concepts, the Experimental GT from 1965. Like its predecessor, the new version inspires admiration with its aesthetic presentation — the result of a design language that translates masterful minimalism but with a dash of splash. For example, the car is sans side mirrors or door handles: Flanking cockpit displays deliver visuals from exterior cameras and the doors are opened by a touch pad near the roof. This stealth approach is contrasted by the body’s distinctive striping and front tyres, all in bright red, which call out for attention. Indeed, it’s hard to look away. (opel.com)