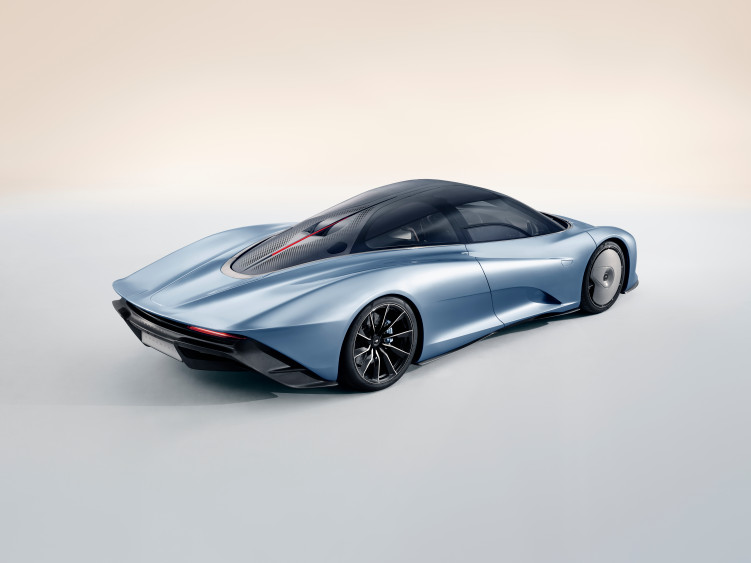 Getting a glimpse of the hotly anticipated Tarmac-shredder

McLaren pioneered the idea of the three-seat supercar with the original F1 in 1993. Now, a quarter of a century later, it feels entirely appropriate that the British brand is the one bringing back the concept with the spectacular Speedtail.

Although most attention will be won by its innovative cockpit design, with a central driving position flanked by a pair of passenger seats set further back, the Speedtail is set to take various other titles. It will be the most powerful road-going McLaren so far, thanks to a 783kW hybrid powertrain, the fastest overall thanks to a 402km/h top speed when operating in its appropriately named Velocity mode and – as befits its status at the top of the tree – also the most expensive. Yet despite costing $3.14m ex-works and before taxes, the Speedtail sold out its total run of 106 cars, the same number as F1 total production, before images of the finished car had even been released, and well ahead of customer deliveries starting in early 2020. 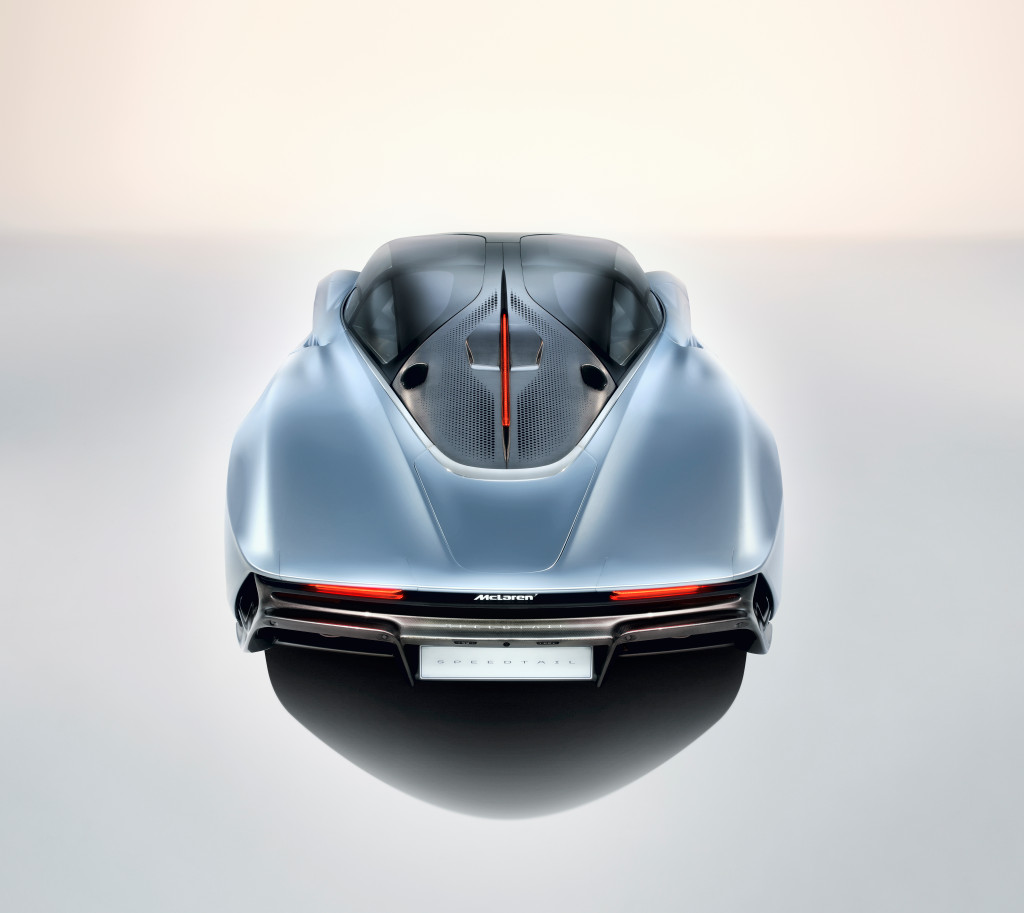 Although both are part of McLaren’s Ultimate Series, the Speedtail’s interior feels very different to that of the stripped-out Senna, and not just because of the central location of the steering wheel. The trim makes extensive use of high quality leather – much of which is a newly developed lightweight hide – with the minimal amount of conventional switchgear located in an aircraft-style panel above the driver’s head.

All other functions are handled by a brace of touchscreens flanking the central digital instrument panel. There are no door mirrors – rather, cameras on motorised arms which relay (reversed) images to the screens; these fold in when the car is switched to its top-speed Velocity mode. Nor are there any sun visors: instead, the windscreen incorporates a strip of electrochromatic glass which can be electrically darkened. 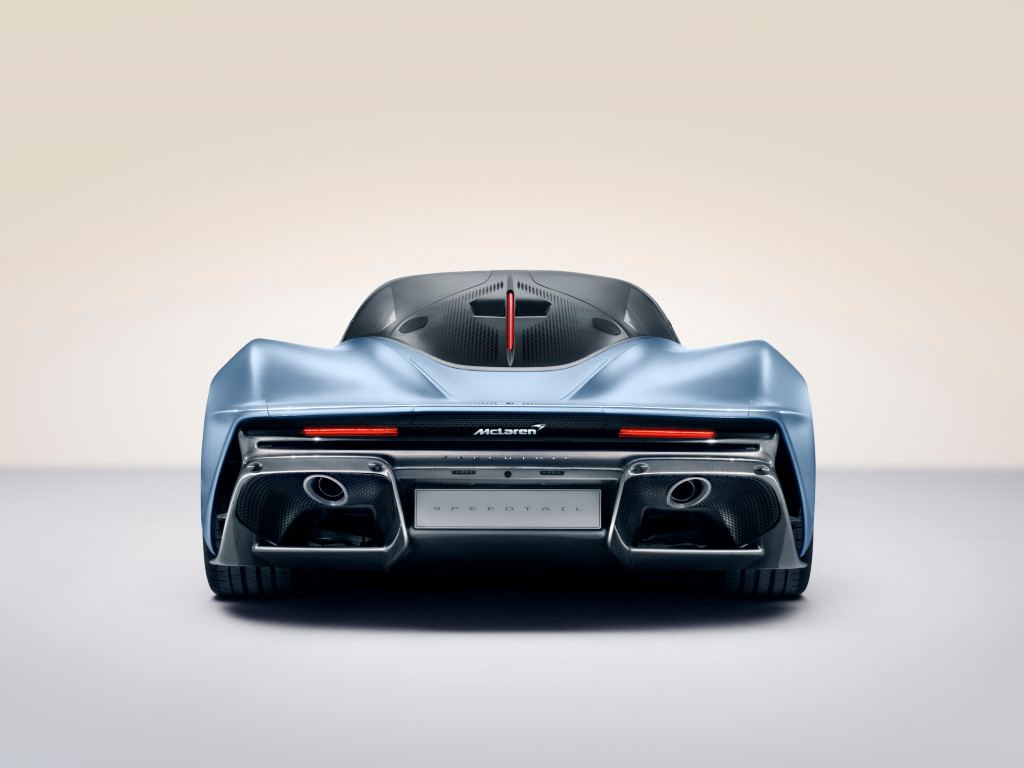 McLaren is remaining cagey about the exact nature of the Speedtail’s powertrain, beyond saying that it will be a hybrid and have rear-wheel drive. We can safely expect the internal combustion engine to be a version of the same twin-turbo V8 that features in the company’s other products, likely producing around the same 800hp peak output as it does in the Senna, with electrical assistance added between this and a seven-speed twin-clutch gearbox. It will be hugely fast – McLaren quotes a 0-186mph time of just 12.8 seconds, four seconds faster than the hybrid P1 dispatched the same benchmark. Although heavier than the Senna, the Speedtail will still be impressively light considering its performance and hybrid powertrain, McLaren quoting a dry weight of just 1430kg. 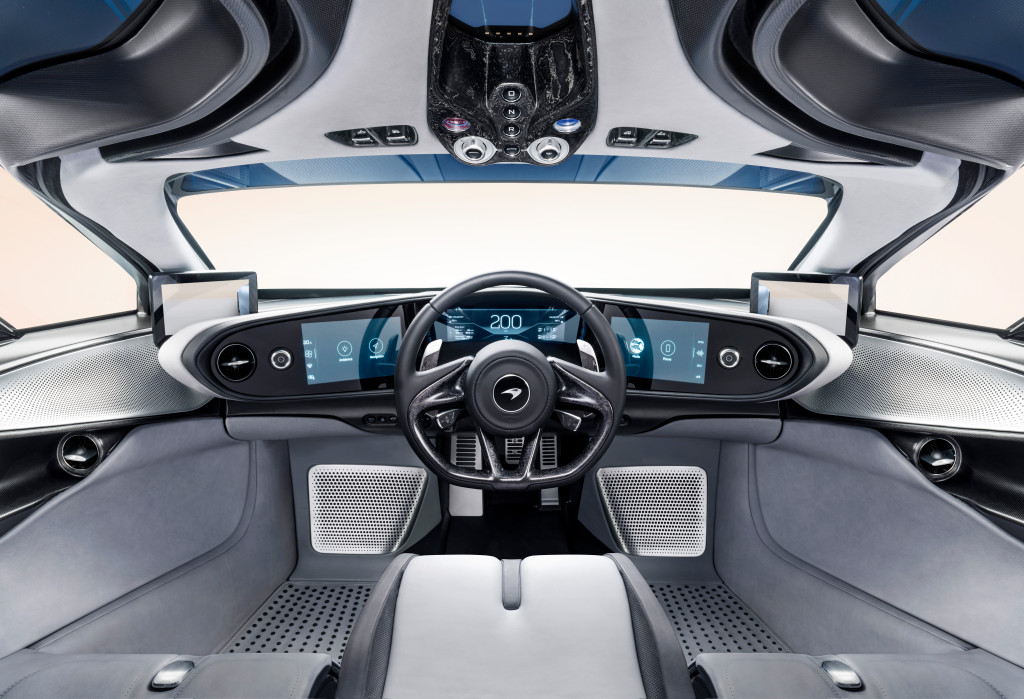 The design bears the clear influence of the car’s high-speed mission, with the wind-cheating teardrop form chosen as what the company calls the “fastest shape in nature”. Although there is no exposed wing element at the rear, McLaren says that the Speedtail’s elongated rear clamshell incorporates active elements that can subtly alter its shape and therefore aerodynamic performance; it also has drag-reducing covers for the front wheels. In Velocity mode, the ride height drops by 35mm and leaves the highest part of the car just 1120mm above the road surface.

The success of McLaren’s car-making division is the result of both innovation and engineering, and the brand’s ability to use the same core architecture to make some remarkably different models. The Speedtail seems set to be the most radical, and most audacious, so far.