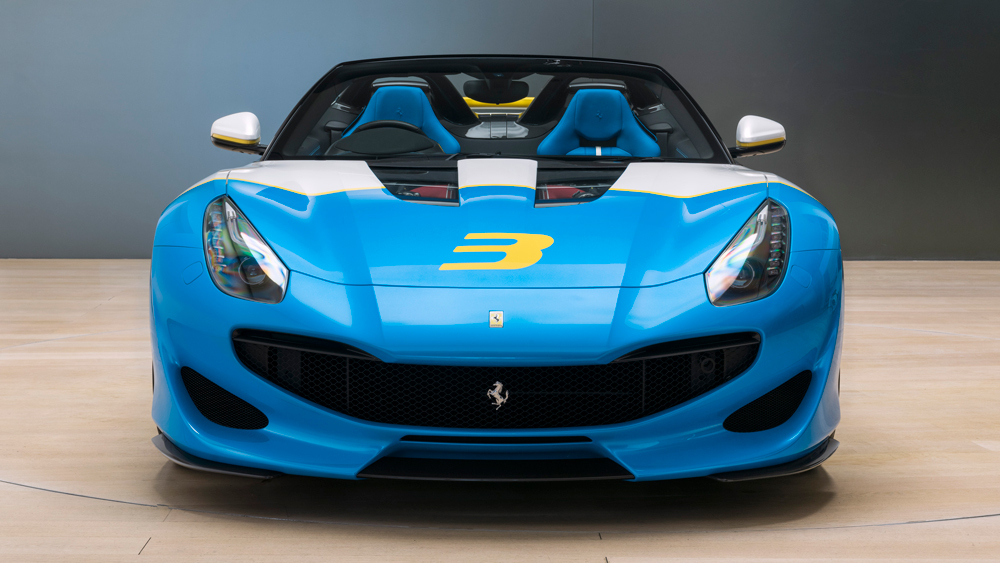 Buddying up with Ferrari has its perks, with getting to buy a one-off car designed to your specifications landing high on the list.

Many businesses have a rewards program for frequent customers. But for one special Ferrari client and collector, their relationship with the brand has netted them a completely one-off supercar, the Ferrari SP3JC.

The commissioning client’s request was to create a roadster with the same chassis and running gear as the F12tdf, the marque’s track-focused version of the F12berlinetta. The unique SP3JC was designed by the Ferrari Styling Centre in the company’s home of Maranello, Italy, headed up by the legendary Flavio Manzoni, who worked on the design of numerous prancing horses including the FF, California T, and the recent Monza SP1 and SP2. For this project, the Styling Centre team worked closely with the client over the span of two years to create their dream car, one that recalls the marque’s spiders from the 1950s and ’60s with its V12 engine and open top. 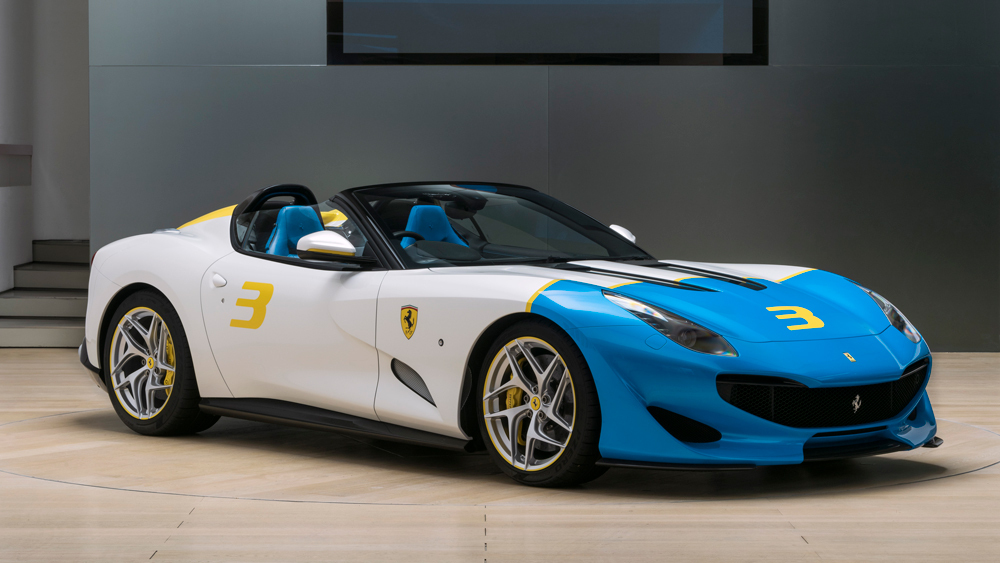 Reflecting the owner’s fascination with pop art, the car has a bold colour pattern with a white base, bright yellow graphics and highlights, and a front end in vibrant blue. The colour scheme carries into the cabin as well, which is equipped with blue leather seats with a white stripe running down each.

The bonnet is marked by two glass inserts, which provide a view of the car’s front-mounted engine capable of churning out 573kW and 704Nm torque. The engine is mounted to a 7-speed dual-clutch transmission, and going by the performance of the F12berlinetta, the car should be able to accelerate to 100km/h in under 3 seconds (though you may have to add a little time since it’s topless). 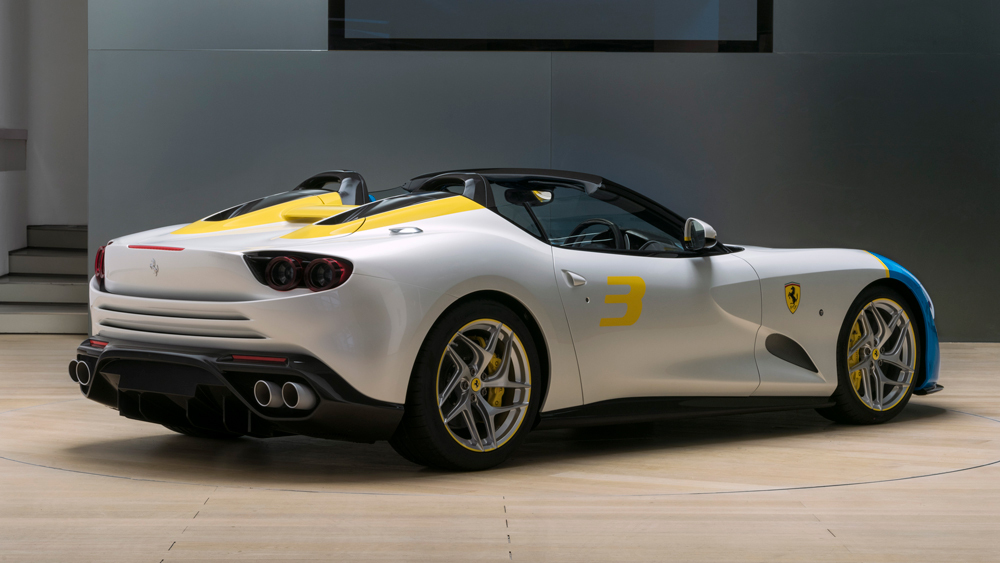 Ferrari has not revealed how much the client paid for their completely personalisd Ferrari, but one can only assume that the old idiom of “if you have to ask, you can’t afford it,” applies here.