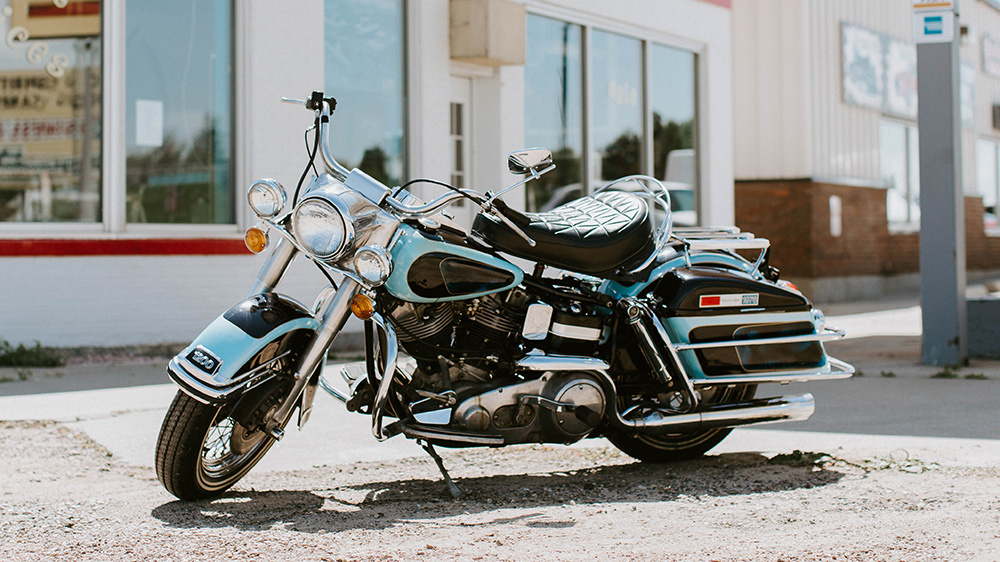 Elvis’s 1976 Harley Davidson, His Final Motorcycle, Could Fetch a Record $2.6 Million at Auction

Presley sold it just 90 days before his death 42 years ago today.

Elvis Presley loved his wheels—cars, motorcycles, trikes, he loved them all. Now, 42 years after his death, a selection of the King’s favourite vehicles are going up for auction—including his final motorcycle, a 1976 Harley Davidson.

Presley’s Harley, an FLH 1200 Electra Glide, is one of five vehicles owned by the rock ‘n’ roll legend that will be included in Kruse GWS Auctions’ Artifacts of Hollywood sale to be held later this month. The bike is the last one purchased by the singer, though Presley—who rarely held on to his toys for long—sold it just 90 days before his death in August of 1977.

As the story goes, Elvis purchased his Electra Glide on August 11, 1976, shortly after buying a Harley Davidson Sportster 1000 for a friend as a gift. The customized full-dress bike features a two-tone paint job, stitched leather seat and chrome accents. Delivered to Graceland, the bike only managed to cover 202 kilometres before the King sold it to a local Harley dealership. From there it would end up in the hands of the owner of the Pioneer Auto Museum in Murdo, South Dakota, where it has been on display for over 30 years. It is still titled and registered in Presley’s name.

As for the Electra Glide, it is almost certain to set the record for a motorcycle at auction. That record currently belongs to an Ehret Vincent Black Lightning which hammered down for US$929,000 (around $1,370,000 at a Bonhams auction in Las Vegas last year. Other celebrity-owned bikes that have sold for high prices include Buddy Holly’s Ariel Cyclone 650 (which sold for US$450,000), Jerry Lee Lewis’s 1959 Harley-Davidson FLH Panhead Duo-Glide (US$385,000) and Steve McQueen’s Husqvarna 250 (US$230,000). Check out more photos of Elvis’s Harley below: 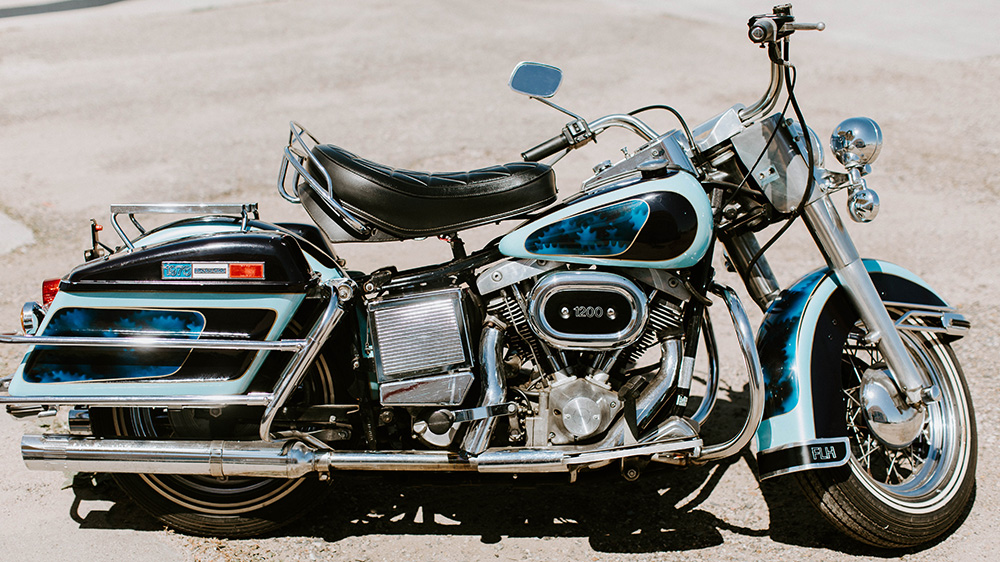 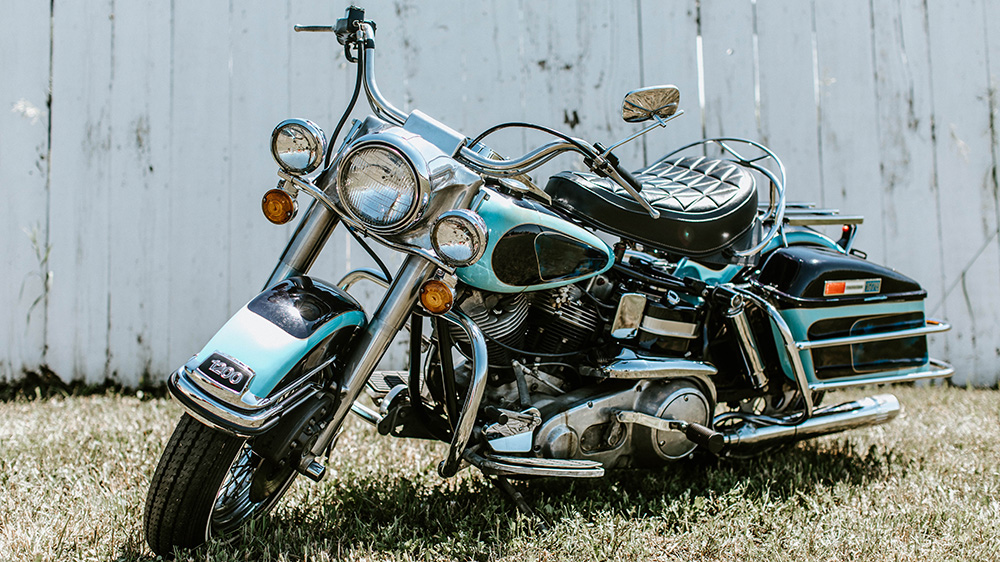 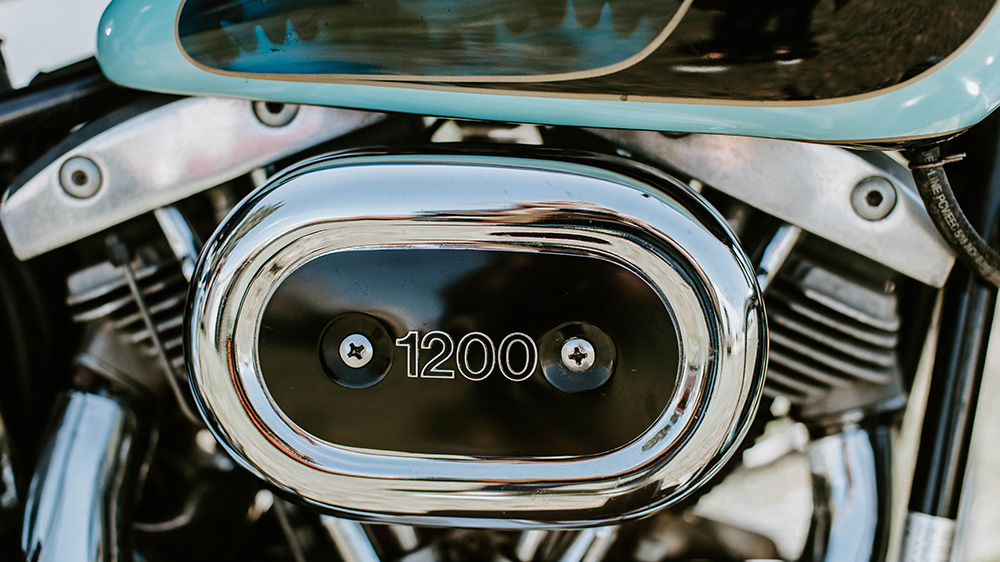 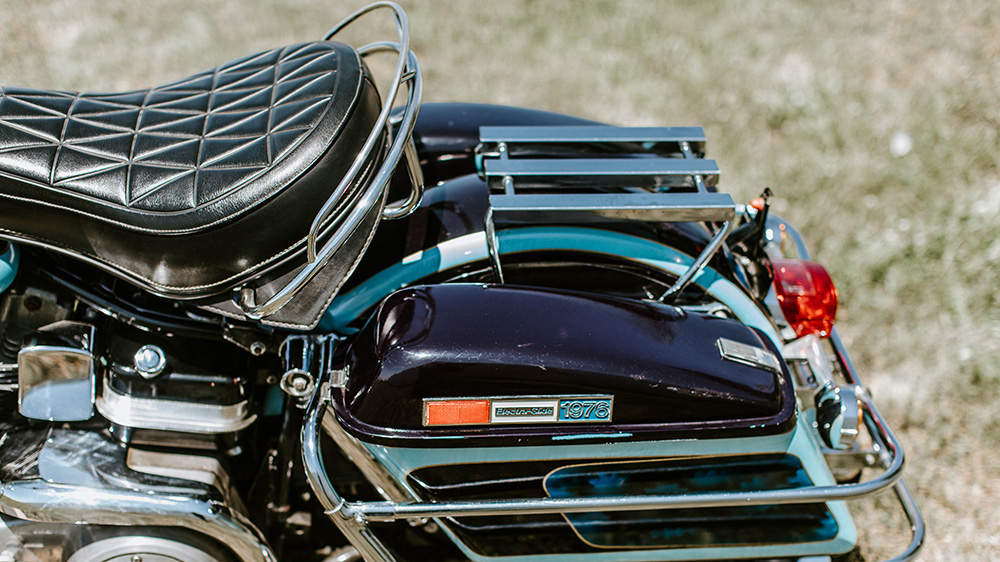 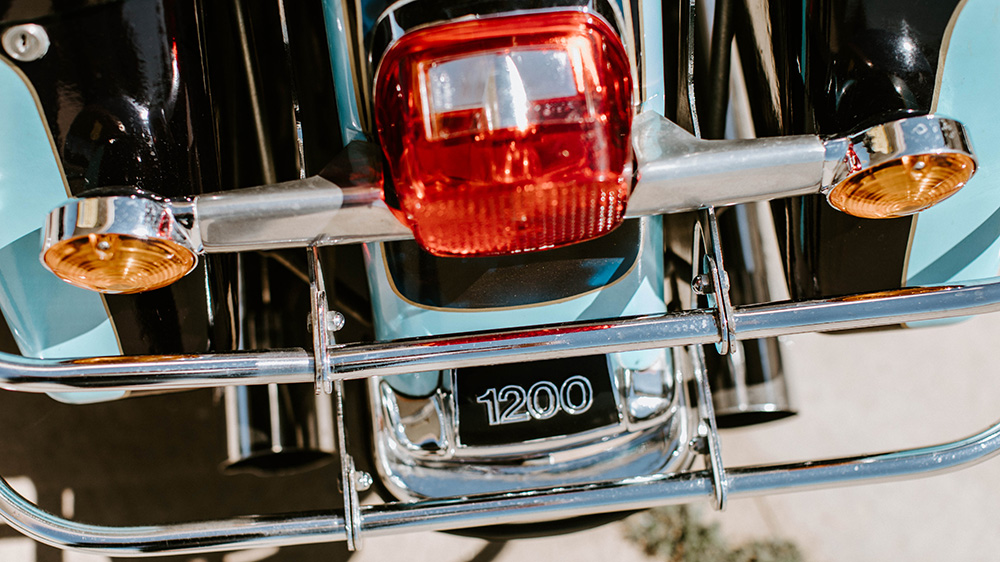 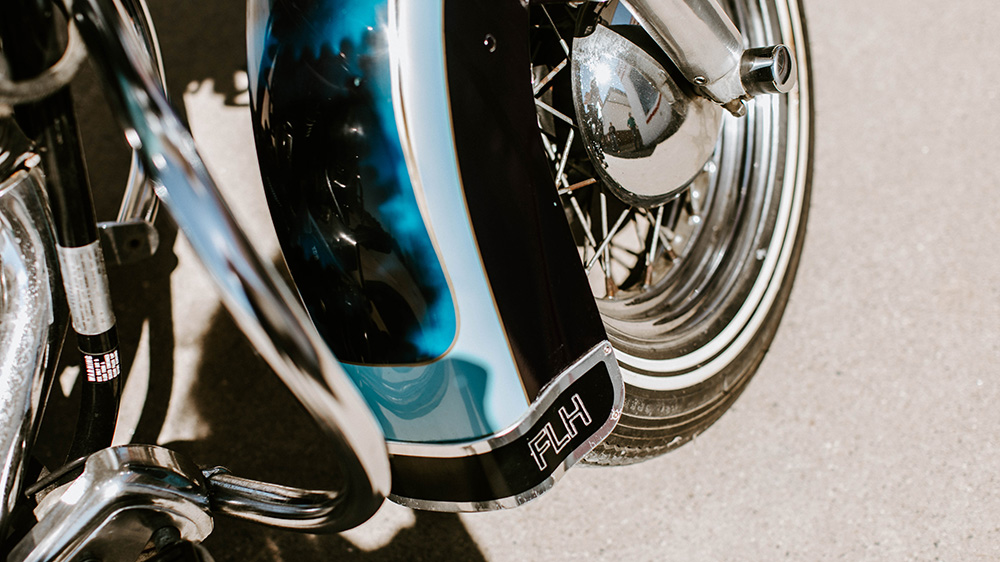 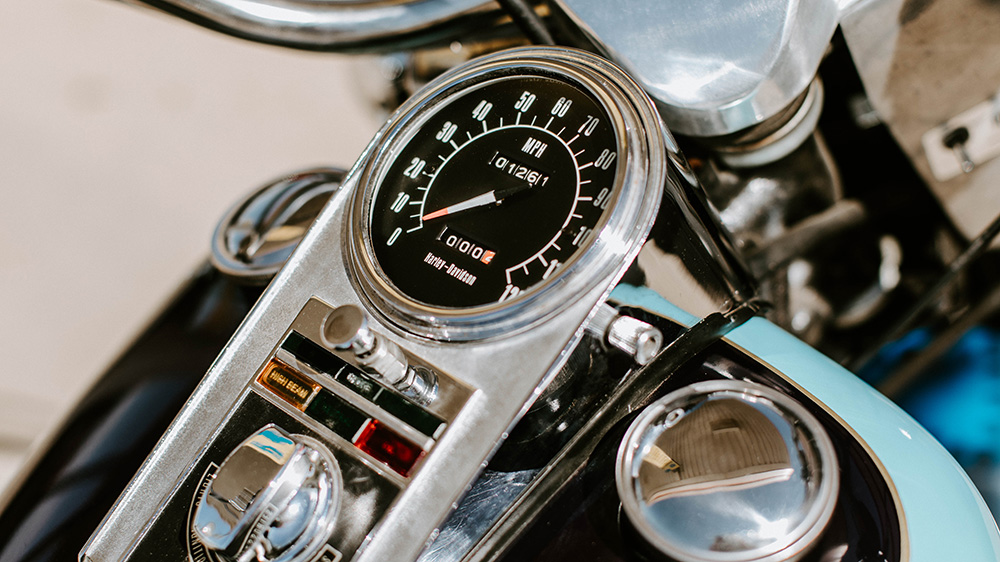 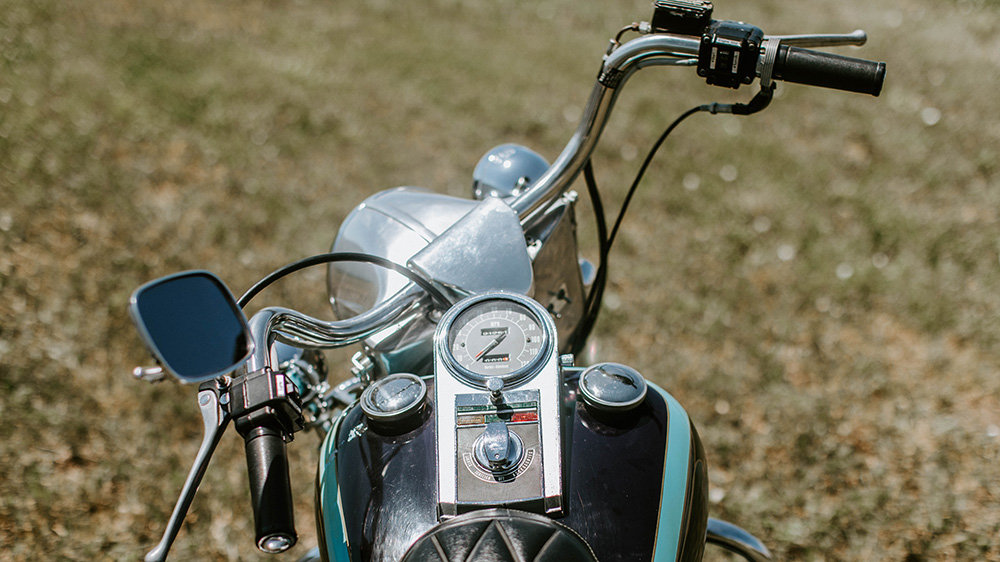 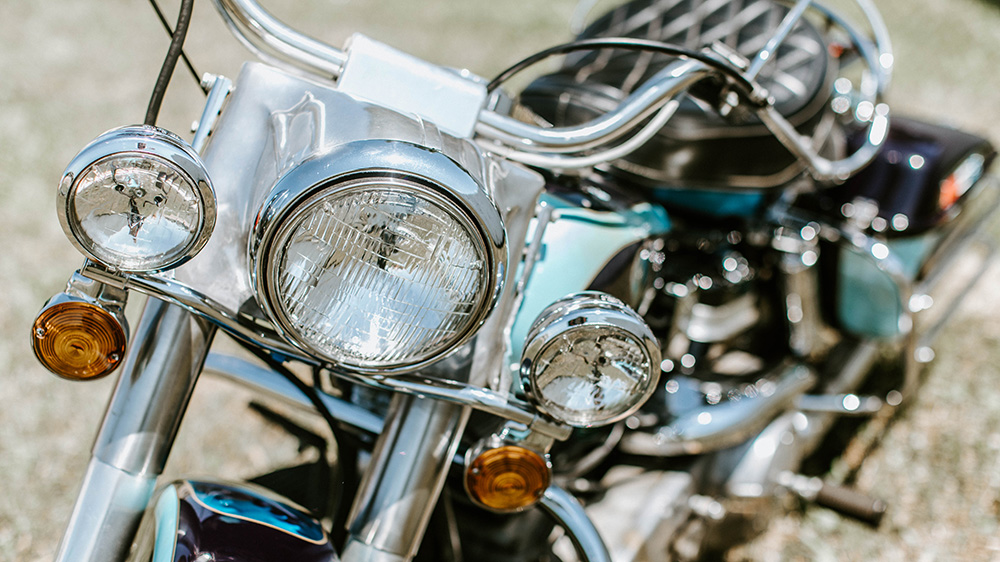