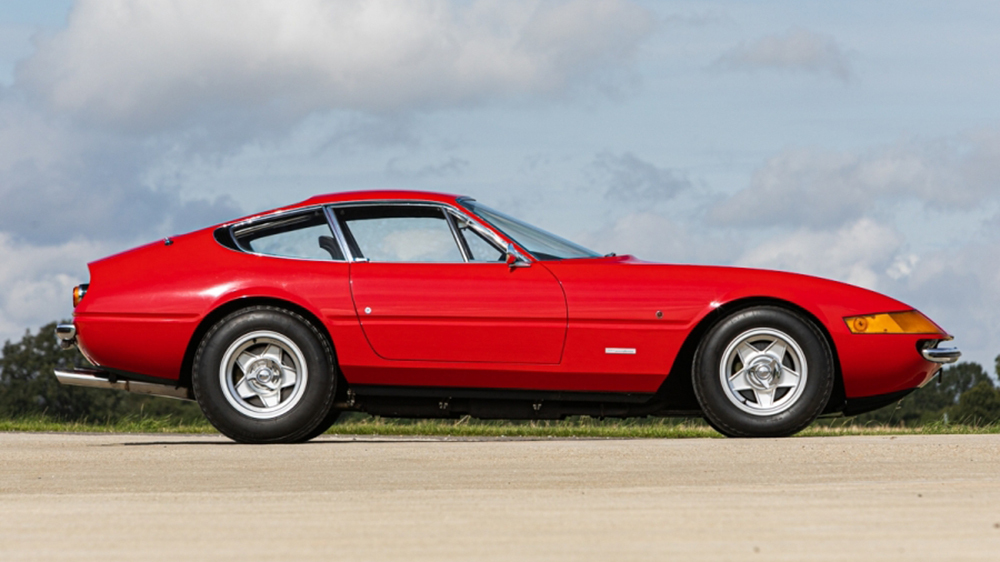 Elton John’s Very First Ferrari, a 1972 Daytona, Is Up for Sale

The 365 GTB/4 is believed to have been purchased with money made from the legendary pop star’s most popular album, Goodbye Yellow Brick Road.

The very Ferrari that’s believed to have kicked off Sir Elton John’s love of the storied Italian automaker is up for grabs. A well-maintained and elegant 1972 365 GTB/4 Daytona the pop icon owned during the mid ‘70s is currently up for auction in the U.K.

Believed to have been purchased with the profits from his most popular album, 1973’s Goodbye Yellow Brick Road, the car is currently up for sale through Silverstone Auctions. Making the slick red speedster even more rare, it’s one of just 158 right-hand drive Daytonas produced for the British market by the carmaker.

Launched as a response to Lamborghini’s mid-engine Miura in 1968, the 365 GTB/4 gained its unofficial Daytona nickname after Ferrari finished 1-2-3 at the 24-hour race of the same name in 1967. The car owned by John features a powerful 4.4-litre, quad-cam V12, capable of 352bhp, and a five-speed gearbox that was mounted in the rear for optimal weight distribution. Capable of hitting a top speed of 281km/h, the Daytona wasn’t just faster than the Miura, it was also, at one point, the world’s fastest road car. 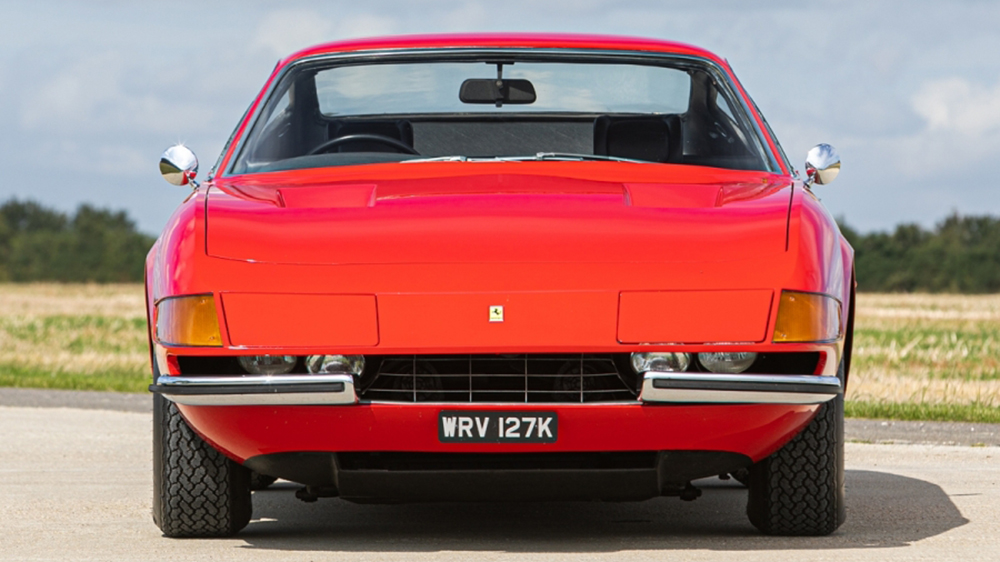 Even though there are 82,000 miles on the odometer, the Daytona has been kept in excellent condition, with its Rosso Chiaro paint job still retaining a “deep shine.” In addition to recent service and inspection, the interior was trimmed in factor specification black leather, and its original magnesium wheels, which are outfitted in Michelin XWX tires, were refurbished in 2017.

Delivered new to the U.K. in August 1972, paperwork shows that the car was registered to John from 1973 to 1975. It is one of the first, if not the first, Prancing Pony the musician purchased. Since then, the car has passed through the hands of a number of collectors, all of whom are members of the Ferrari Owners’ Club. It comes with full documentation, including the original build sheets, delivery correspondence, chronologically ordered service receipts and every MOT Certificate ever issued for the vehicle. 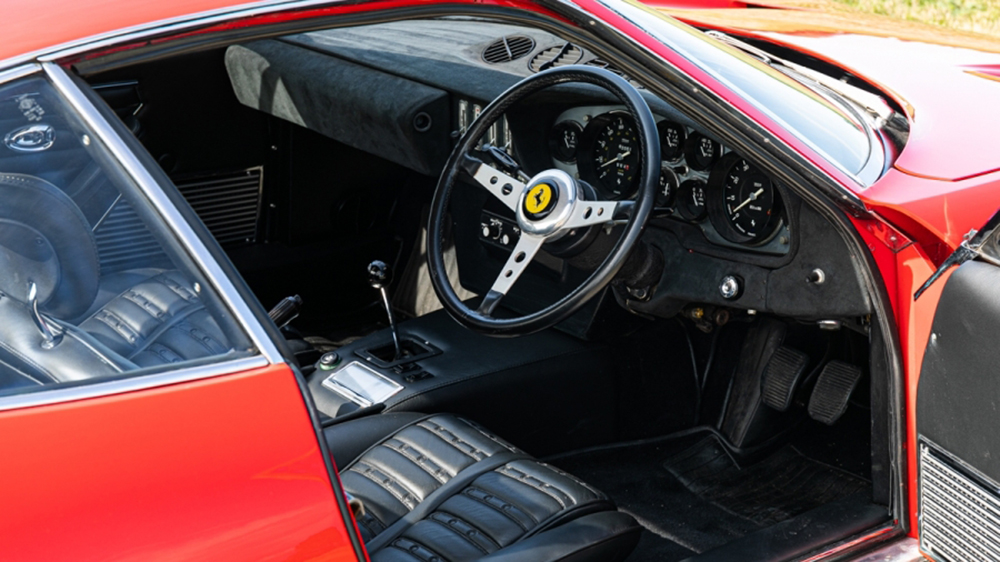 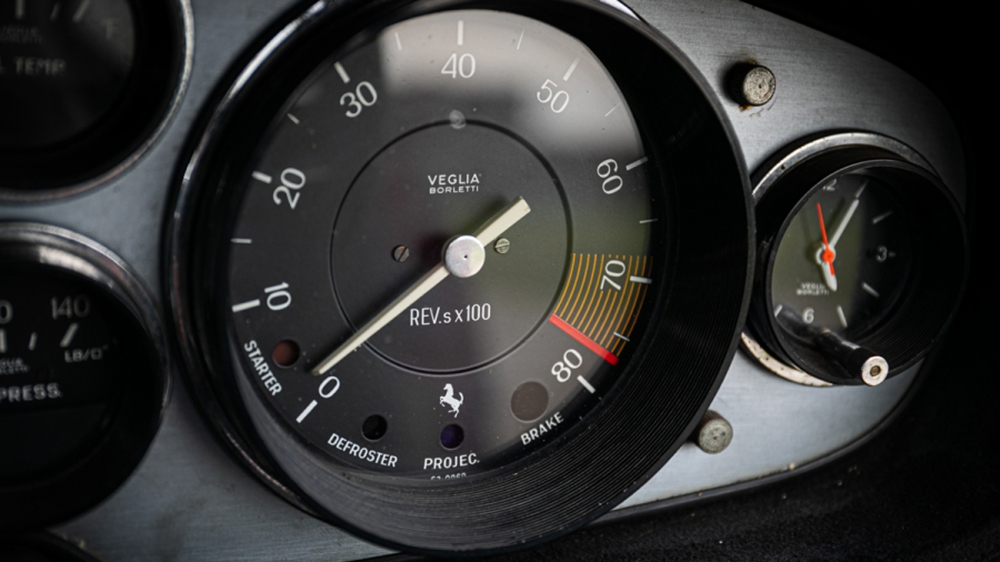 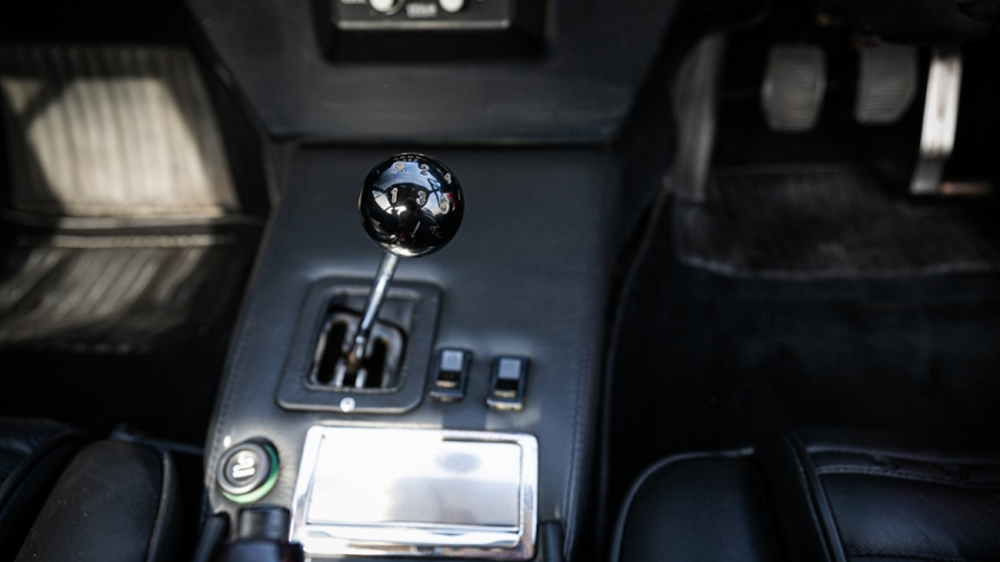 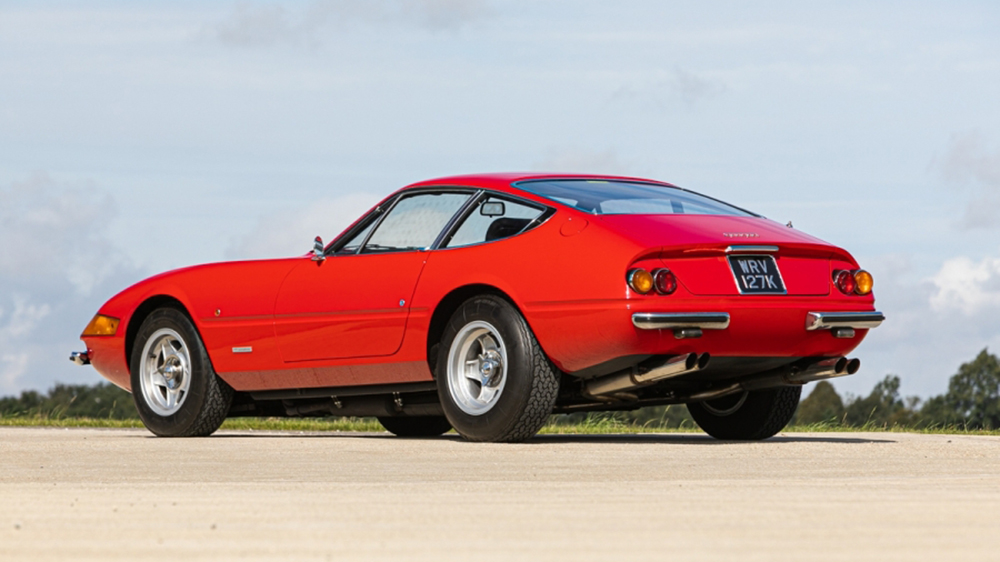 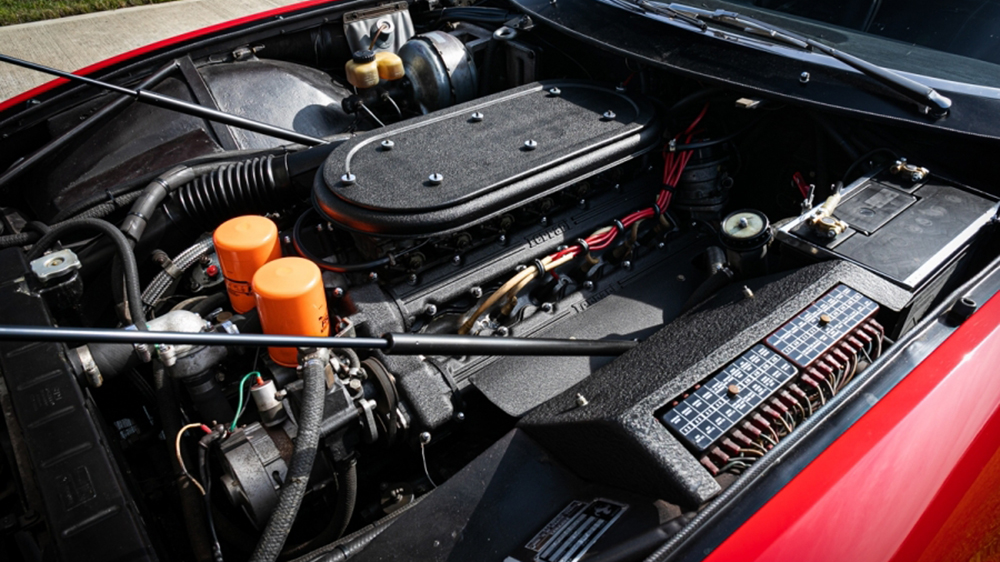