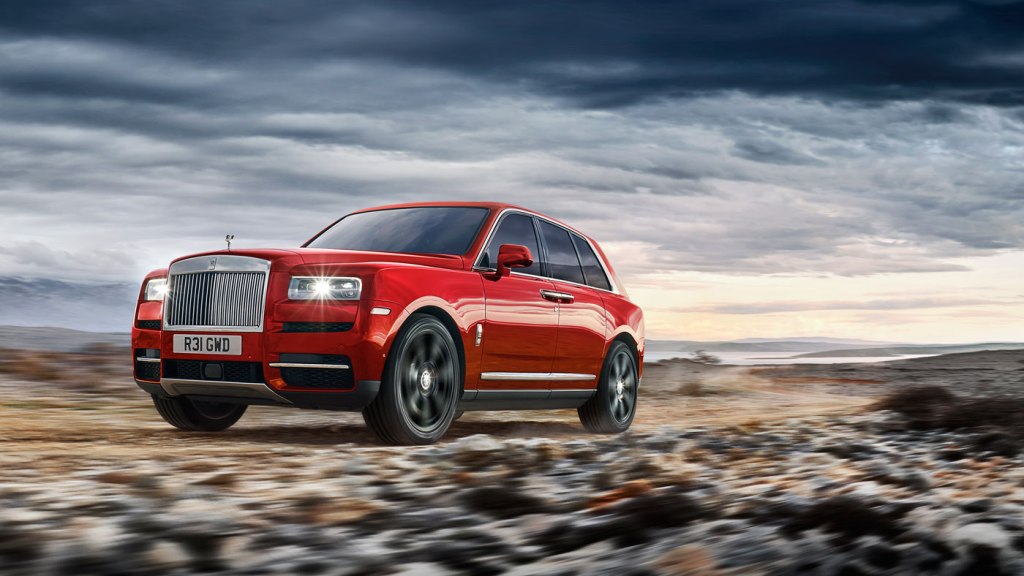 “We are coming when the time is right and the car is perfect”.

Rolls-Royce buyers have typically known what they are going to get well ahead of its official introduction. The world’s most luxurious luxury car brand has broken plenty of new ground throughout its 112-year history, yet it has rarely done anything as truly radical as the Cullinan.

Beyond its blocky form it has plenty of other innovations: this is the first all-wheel drive Rolls, and the first to have a tailgate rather than a boot lid. But the big change is the obvious one: Rolls-Royce is making an SUV, and one that is set to broaden the brand’s appeal to a whole new set of buyers.

Rolls-Royce didn’t get here first, of course: Bentley already sells the Bentayga and Lamborghini is just launching the Urus; Aston Martin is working on its own “UV” and Ferrari is dropping increasingly broad hints about following the herd. 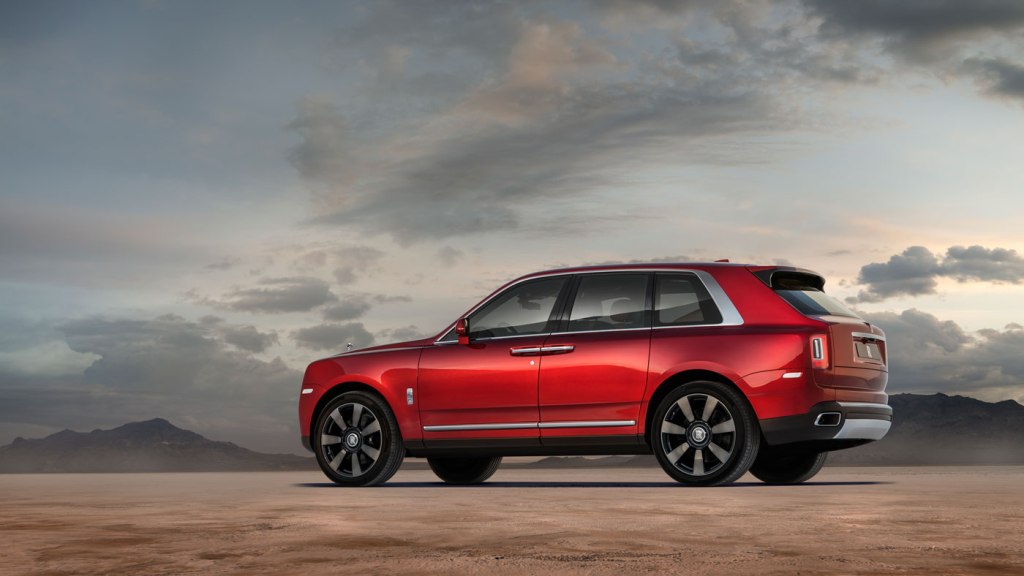 Rolls-Royce is making an SUV, and one that is set to broaden the brand’s appeal to a whole new set of buyers. Photo: Rolls-Royce

Yet the Cullinan, named after the largest gem-quality rough diamond ever found, still stands out as something special.

“The car needs to be a Rolls-Royce in its segment, that was the brief from the first day onwards,” Torsten Müller-Ötvös, Rolls-Royce CEO, told Robb Repport when he showed us the car ahead of its official launch.

“The brand is well known for being authentic, not promising anything which cannot be delivered. I think that if you enter this segment you have to be off-road capable for good reasons, to offer something people will use – this car will go to your favourite fishing spot, will take you to your chalet in the Alps,” he said. 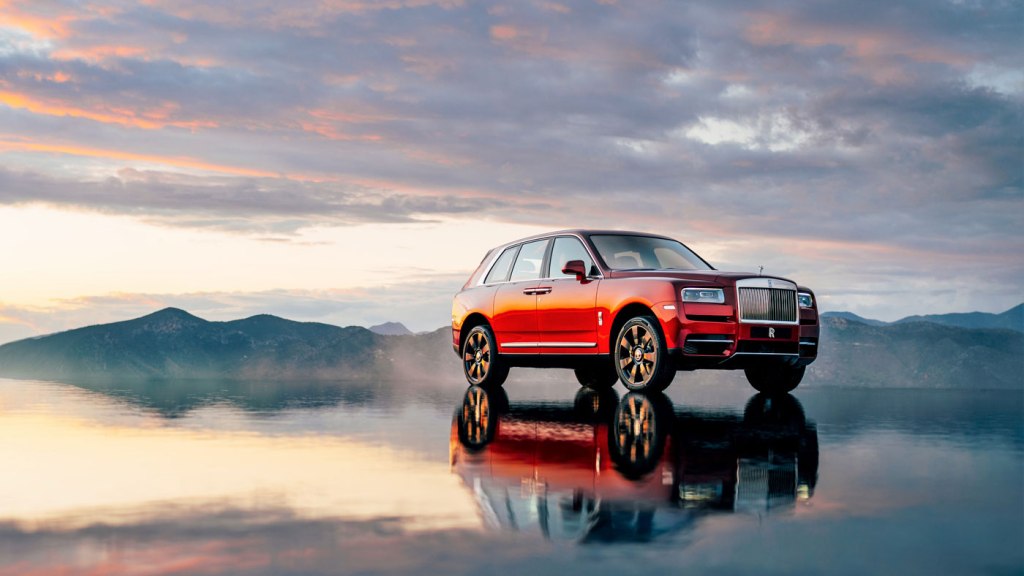 Rolls-Royce’s design team have worked hard to translate the brand’s grand design onto something that is intrinsically taller and squarer than the company’s other models. Photo: Rolls-Royce

Müller-Ötvös added: “It will go dune bashing in the Middle East because that is a fundamentally important part of the story there. You can’t sell a car that needs to be parked up so people can swap into their Land Cruiser to get to their weekend retreat.”

Rolls-Royce’s design team have worked hard to translate the brand’s grand design onto something that is intrinsically taller and squarer than the company’s other models. The Cullinan has plenty of presence, but it also looks better proportioned than many large SUVs, Rolls’ trademark ‘Parthenon’ radiator grille scaling up well.

Its defining visual feature are rear-hinged back doors, as on the Phantom and Ghost, which give the side-on profile a slightly imbalanced look until you get used to them. At the back is a hatchback, but the upper part of the tailgate has been given a stepped design to give an impression of a three-box saloon. 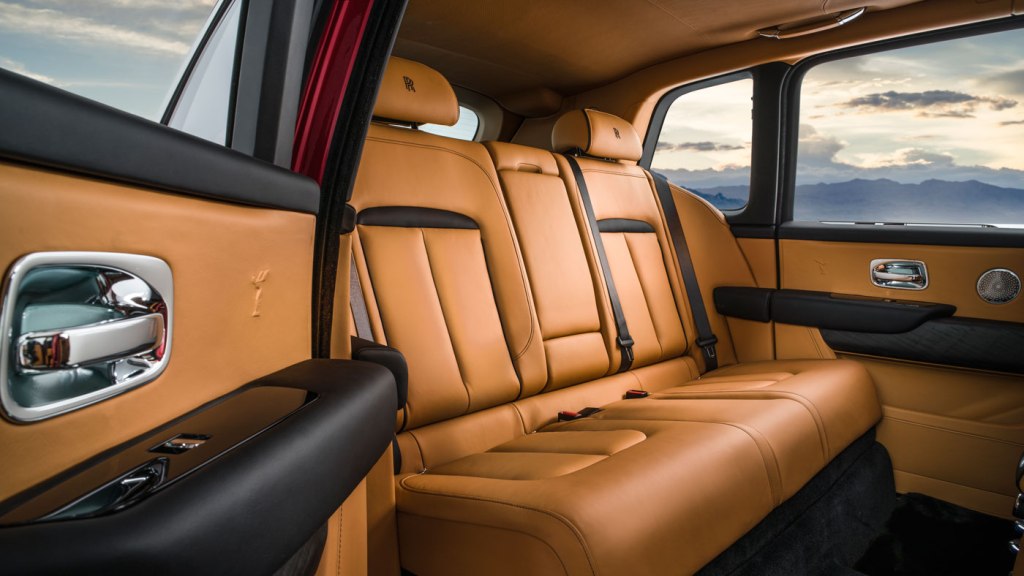 Rolls-Royce’s design team have worked hard to translate the brand’s grand design onto something that is intrinsically taller and squarer than the company’s other models. Photo: Rolls-Royce

Cullinan buyers will be able to specify dramatically different cabin arrangements, depending on what they plan to use their cars for. The majority are expected to go for what is essentially a normal SUV layout, with conventional and the ability to fold this down to maximise luggage space.

But more traditionally minded customers, those who are buying the Cullinan in lieu of a saloon, will be able to have a more limousine-like layout with two individual seats in the rear and a glass screen separating the passenger cabin from the luggage compartment; essentially replicating the layout of a Ghost or Phantom. This will be less practical as the partition can’t be removed, but it will reduce interior noise.

Regardless of the version chosen, materials and design feel top-notch, with the same mechanical-style rotary heating and ventilation controls that have become the brand’s hallmark. And yes, picnic tables are available; power operated ones that fold out of the front seat backs. 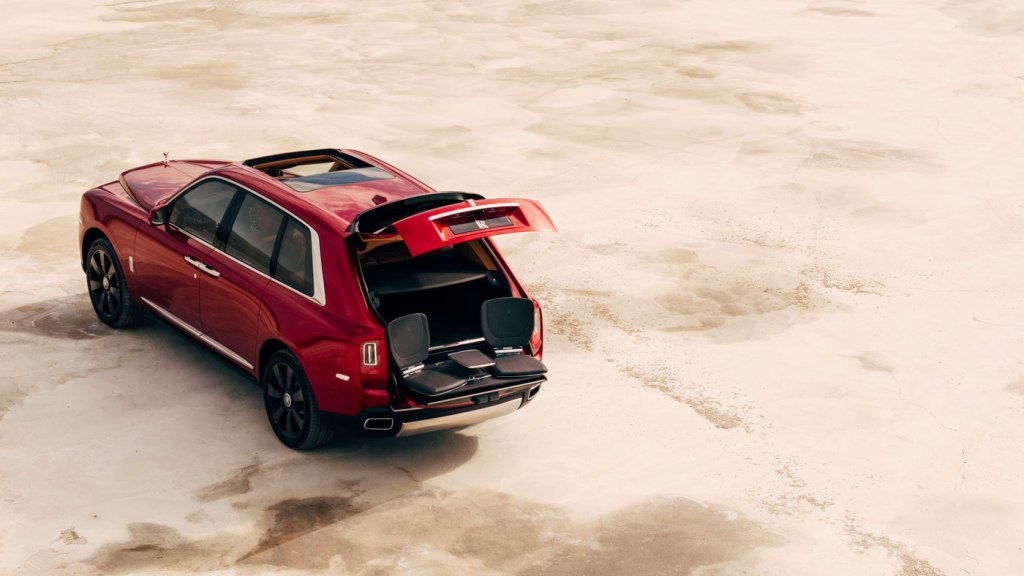 Regardless of the version chosen, materials and design feel top-notch, with the same mechanical-style rotary heating and ventilation controls that have become the brand’s hallmark. Photo: Rolls-Royce

Underneath the Cullinan sits on the same “Architecture of Luxury” platform that underpins the new Rolls-Royce Phantom, a flexible aluminum spaceframe which Müller-Ötvös reckons has been critical to the car’s refinement and character.

“We are confronted with buyers who are very astute, I would call it in a positive way very shrewd,” he said.

“They ask for substance to justify the price… it is not ringing the best bells with many customers that others are using mass brand platforms for high-end luxury cars.”

There’s certainly no downsizing in evidence with the Cullinan, which is on a different scale to most of its obvious rivals. At 5350mm in length it is slightly shorter than a Ghost, but is a whopping 200mm longer than a Bentayga. Nor will there be any economy-focused powerplants, with a 563hp version of Rolls-Royce’s twin-turbocharged 6.7-litre V12 being the only engine choice.

“We are not in the league that three months after the 12-cylinder comes an eight-cylinder,” Müller-Ötvös said, “which is madness because it cannibalizes your sales.”

We’re told that an electric version is likely to come eventually, as some Asian markets move to ban conventionally engined cars from urban centres, but there is no rush. We don’t have an acceleration figure yet, but Rolls-Royce engineers confirm the presence of a 155mph speed limiter.

We will have to wait to see how the Cullinan drives, but we’re promised it will offer a wide range of abilities from a luxurious cruise – helped by the same bump-reading “magic carpet” system that is fitted to the Phantom, and which uses cameras to look for road imperfections before the car reaches them.

Yet it will also be able to cut it in the rough, thanks to a smart all-wheel drive system able to move torque between all four corners and adaptable ride height to enable the car to be lifted in rough conditions.

Few buyers will ever take their Cullinan off-road, but the company still believes genuine ability is a must. “People will use this car for adventures. It has to be ready for that,” Müller-Ötvös said.

The first customer deliveries will begin at the end of the year, and while the Cullinan isn’t the first in its segment, Müller-Ötvös insists that it will be the best: “Are you coming to a party as the first guest? Probably not – my motto is to come to the party when it is in full swing,” he said.

“we are not late, we make it right and then we come to market, we are not doing lukewarm in-between compromises, we are coming when the time is right and the car is perfect.”