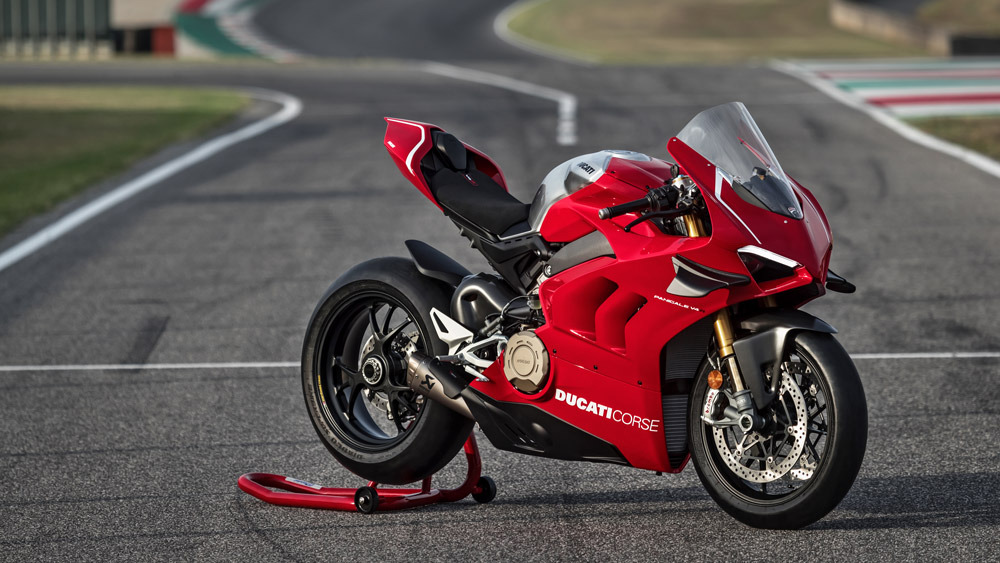 The new 165kW machine might be focused on racing, but it’s also a bike you can ride to work.

Ducati’s twin-cylinder Panigale has been the subject of rider’s affections the world over, yet it has failed to deliver in the one area it was designed to dominate—the Superbike World Championship.

Last year, the Italians delivered a stunning successor in the form of the Panigale V4 S—their first production four-cylinder motor packing 160kW. It was such a success we awarded it our top-two wheeler of 2018, but at 1103cc, it was illegal for Superbike World Championship racing where the maximum displacement for four-cylinder motors is 1000cc. 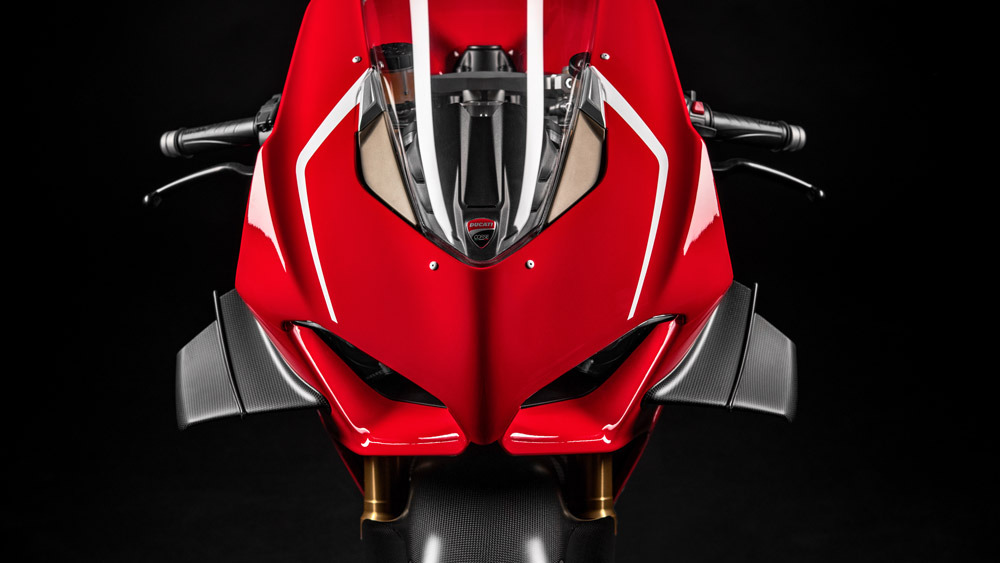 The first production Ducati to come with aerodynamic winglets on either side of the fairing. Photo: Courtesy of Ducati

Now, at a special ceremony at the EICMA Show in Milan, Ducati has brought forth the motorcycle they are pinning their production racing hopes on—the gorgeous Panigale V4 R. The 998cc version of the V4 S pumps out an eye-watering 165kW that increases to 174.5kW with the optional titanium Akrapovic racing exhaust system available from your local Ducati dealer. 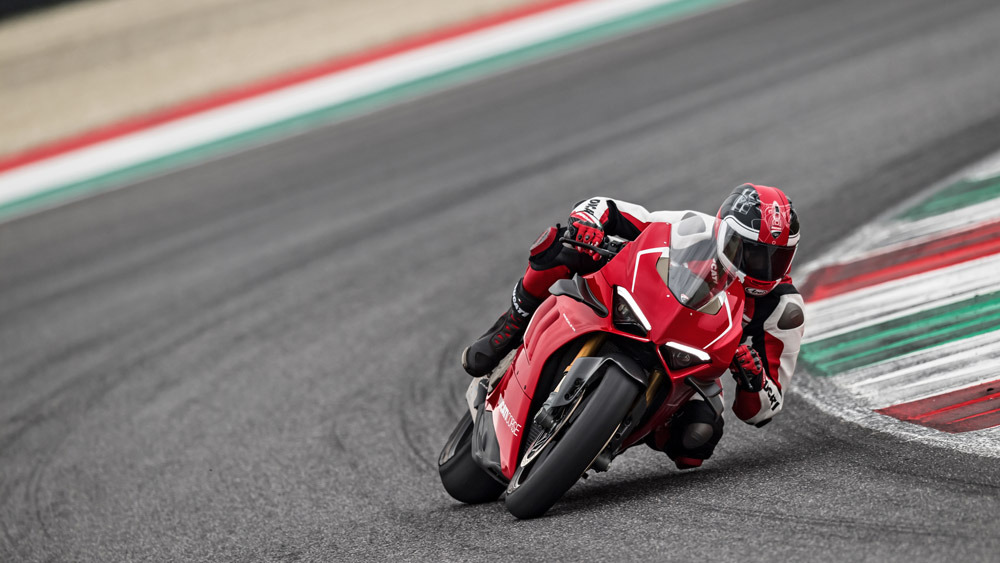 That level of horsepower was reserved solely for MotoGP machines up until very recently, and now it’s available on a motorcycle you can ride to work. Incredible, we know.

The Panigale V4 R is graced with the very best Öhlins suspension, Brembo brakes, and electronics with the six-axis Bosch Inertial Measurement Unit, making this not just the most powerful superbike but one of the most electronically advanced motorcycles ever created for the public. 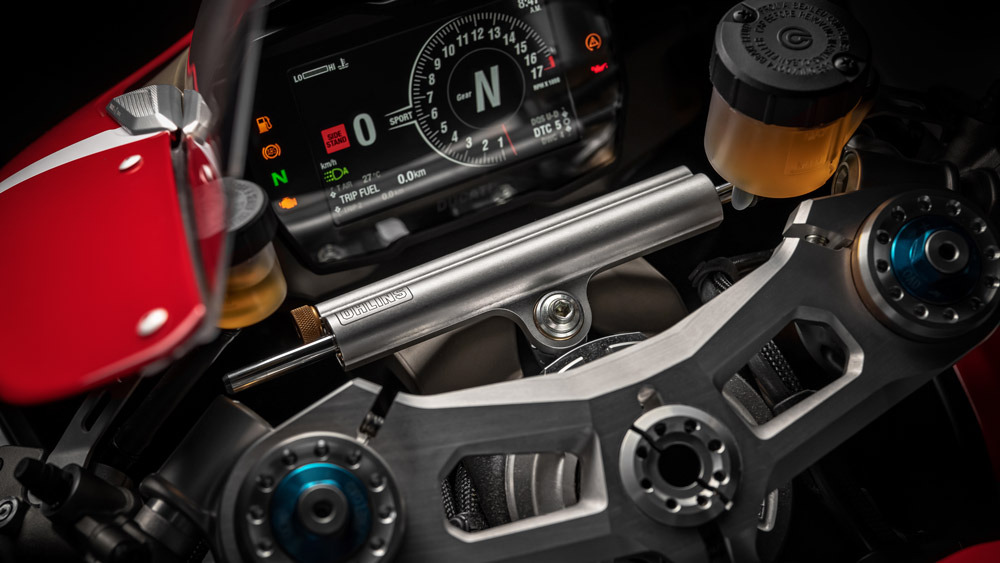 The apex of electronic advancement. Photo: Courtesy of Ducati

The Panigale V4 R is also the first production Ducati to come with aerodynamic winglets on either side of the fairing to aid high-speed stability and keep the front wheel down under the enormous acceleration a 165kW motor produces. These winglets have been taken straight from MotoGP, having been developed on the factory Ducati Desmosedici GP16 that racer Andrea Dovizioso rode to fifth place in the 2016 championship.

This model is indeed a mechanical tour de force; one with a huge responsibility on its shoulders to take back the Superbike World Championship that Ducati used to win with relative ease. Ducati has yet to release the Panigale V4 R’s price or availability.