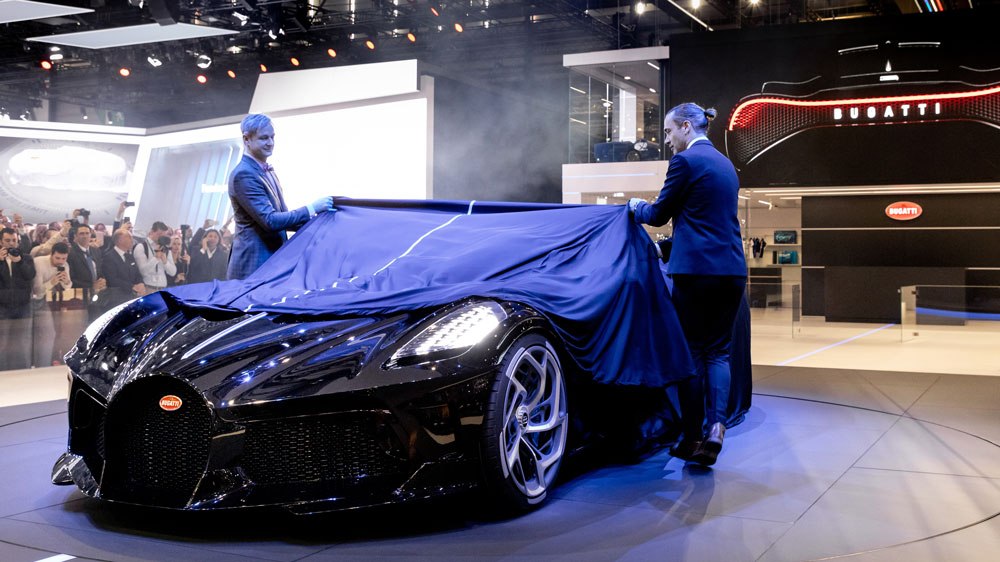 The Geneva Motor Show is always good for a jaw-dropping moment, and this year’s belonged to French marque Bugatti. Boasting two world premieres, the automotive couturier to the global elite is rolling out a pair of vehicles that will undoubtedly hold pride of place in collections for decades to come. And one also happens to be, according to Bugatti, the highest-priced new vehicle in history.

The latter is the one-off salute to one of the world’s most iconic and influential cars, the 1930s Bugatti Type 57SC Atlantic. Bugatti teased the unveiling of “La Voiture Noire” in a series of corporate tweets suggesting that its designers were curious about re-imagining the Atlantic—of which four were made and only three are known to exist. 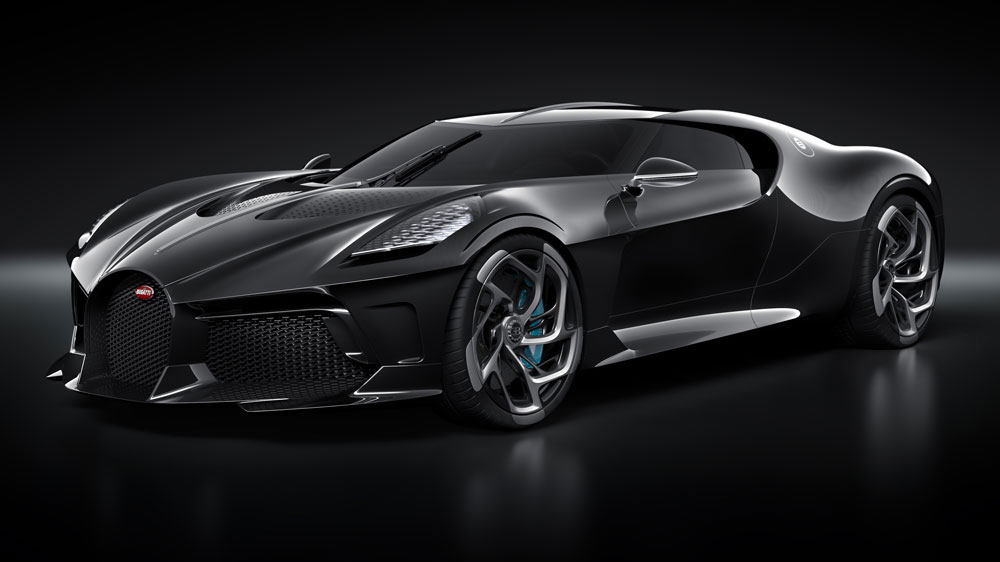 The result is assuredly a heart-stopping design effort that looks like a cross between a 22nd-century Batmobile and the original classis it’s meant to commemorate. The two-door car makes heavy use of black carbon fibre (mais, bien sur!) and features a stunning 8.0-litre, 16-cylinder engine capable of producing 1120kW. 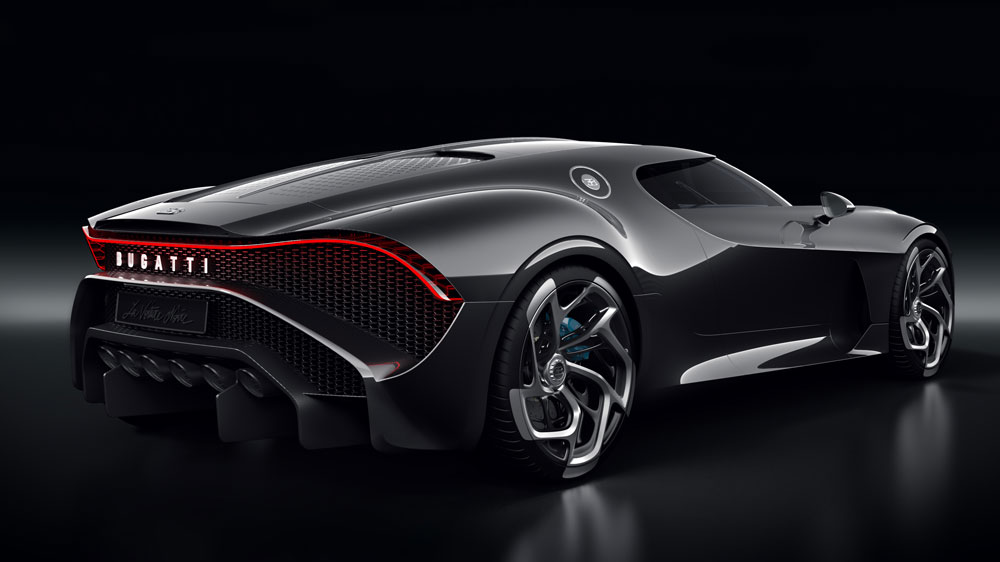 It is in fact a tribute to the one Atlantic that vanished: Ettore Bugatti’s son Jean, who designed the original model, called his personal vehicle La Voiture Noire, and sometime before the Second World War it vanished without a trace.

“We are paying tribute to a long tradition,” Bugatti boss Stephan Winkelmann said in a statement. “At the same time, we are transferring extraordinary technology, aesthetics and extreme luxury to a new age.” 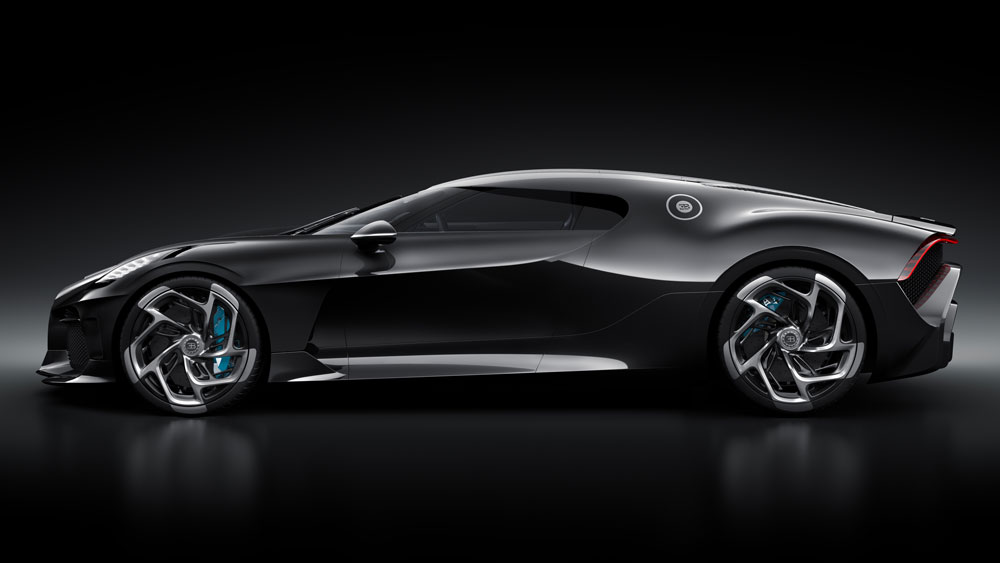 The one-off is named after Jean Bugatti’s personal car that was lost.
Photo: Courtesy of Bugatti Automobiles S.A.S.

If La Voiture Noire has caught your eye, sorry to add that the one-of-a-kind Bugatti has already been snapped up by a buyer for about $17.75 million (prior to taxes, which may have brought the total to $27 million), a reported record price for a new automobile.

In addition to the La Voiture Noire, Bugatti presented the Chiron Sport “110 ans Bugatti,” or 110 years, a nod to the company’s long and significant (albiet,not unbroken) run in the car business. The vehicle is an unabashed tribute to France, with blue, white and red livery and interior touches that culminate with the French tricolor flying proudly on the massive rear wing of the $4.25 million, 1120kW. Only 20 such special edition cars will be built.