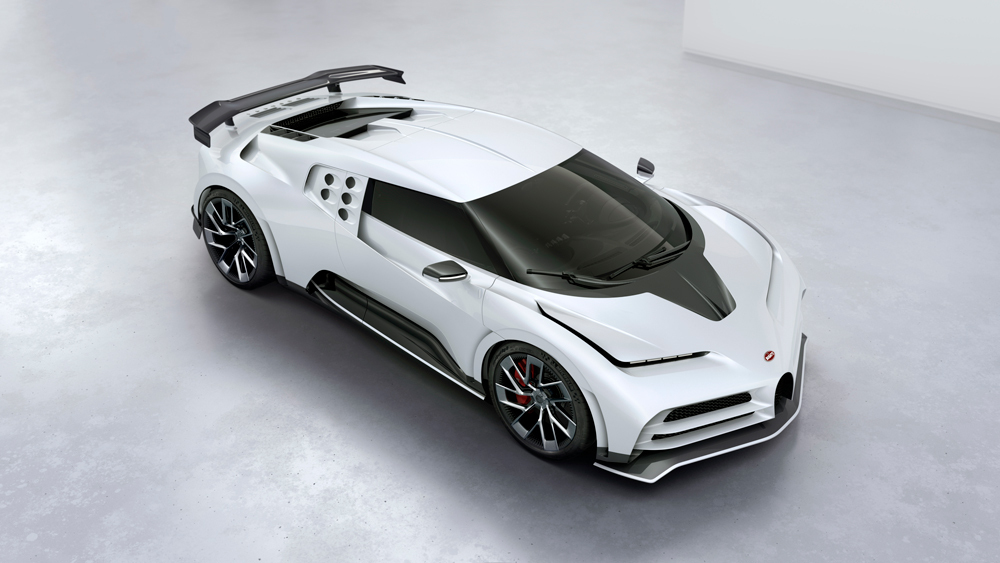 As competition in the hypercar hierarchy redlines when it comes to power, performance and price, one automaker seems to keep cornering the market on bar-raising models. “If it’s comparable, it’s not a Bugatti,” once quipped Ettore Bugatti, founder of his eponymous, 110-year-old French marque. “Each one is a unique specimen in its own right. Unique—and not comparable. If at all, then only among each other.” That claim of dominance was renewed this morning with the debut of the Bugatti Centodieci during the Quail, A Motorsports Gathering at the Quail Lodge & Golf Club in Carmel Valley, Calif. 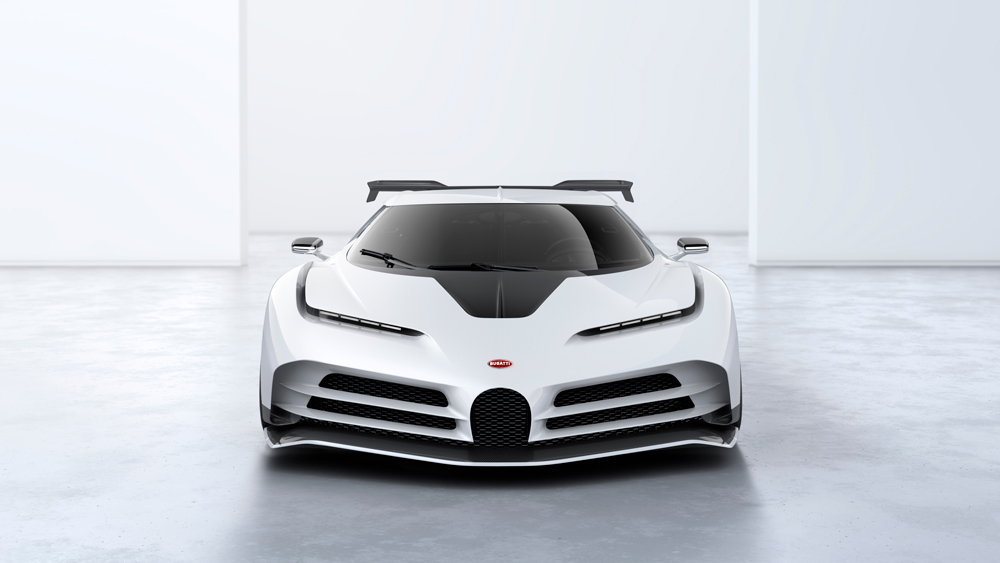 Bugatti’s reflection of the EB110 through today’s 1176kW lens.
Photo: Courtesy of Bugatti.

Although sharing common styling and engineering characteristics with its Chiron and Divo siblings, the latest in Bugatti’s lineup traces its DNA directly back to an example from another era, the Bugatti EB110. “We are proud of our long Bugatti history, of which the EB110 is very much a part,” mentioned Stephan Winkelmann, Bugatti’s CEO, in a released statement. “That’s why we’re celebrating a reinterpretation of this extraordinary vehicle with the Centodieci—Italian for 110.” 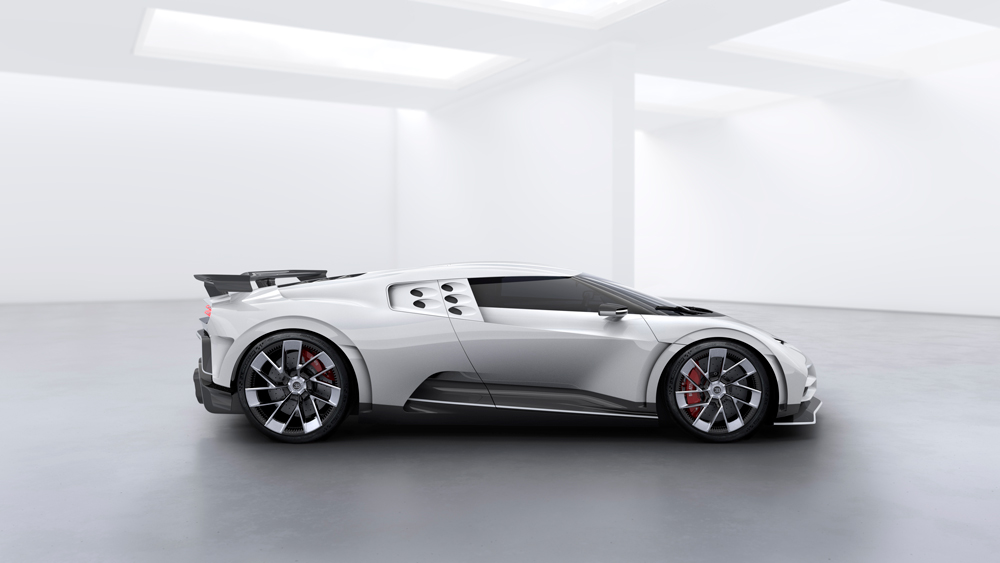 The Centodieci’s five air intakes match those of its predecessor.
Photo: Courtesy of Bugatti.

The EB110 was developed under the mandate of Romano Artioli who had aspirations of bringing Bugatti back to its former glory after, for all intents and purposes, a nearly four-decade hiatus. Initially designed by Marcello Gandini, it was revised prior to production by Giampaolo Benedini and unveiled in 1991 to commemorate Ettore Bugatti’s 110th birthday—hence the nomenclature. Only 139 examples were built at the Artiolo-commissioned plant in Campogalliano, Italy, before it was shuttered in 1995 for reasons both market and management related. Despite the company’s demise—until resurrected by the Volkswagen Group roughly three years later—the EB110 put the industry on notice, and its innovation and influence took centre stage once again in the car presented today. 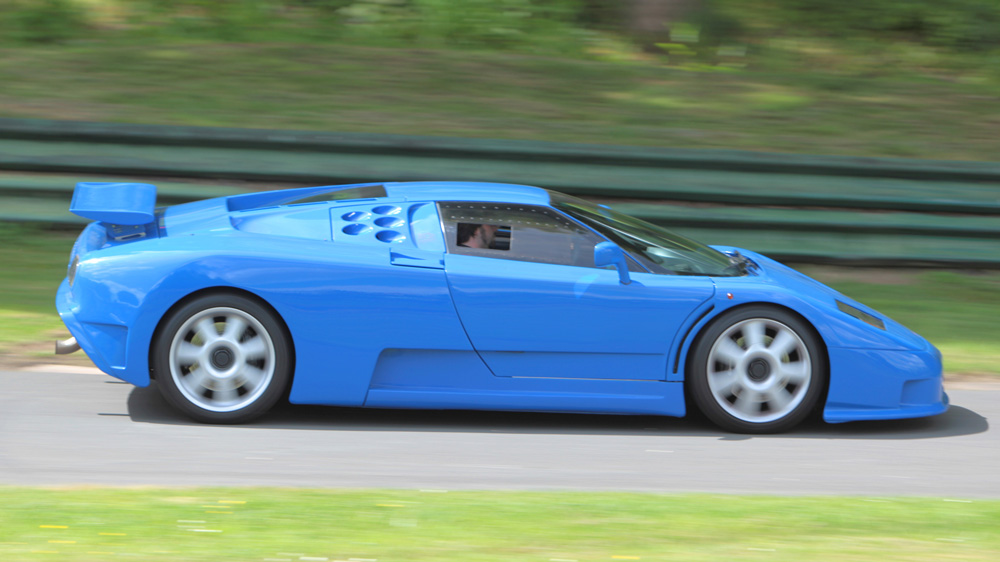 For the Centodieci, Bugatti’s head designer Achim Anscheidt and his team enhanced the overall design language of the EB110 with aerodynamic and functional changes necessary for today’s cutting-edge power trains. Compared to the more voluptuous curves of Bugatti’s recent offerings, the sharper, more angular aesthetic of the 1990s supercar is still recognizable in the new vehicle, but its lines and sculpting are more refined and subdued.

Most noticeable is the Centodieci’s minimized C line that so defines the flanks and facilitates air flow on the Chiron and Divo. All but replacing that signature feature are five round air intakes on each side, the same as the EB110. In addition, the front horseshoe grill has also been reduced in size. At the highly ventilated back, a light bar with eight illuminated sections replaces the two oval rear lights of the earlier car, and four exhaust pipes stacked in pairs on each side take the place of the original two. The Centodieci’s rear wing also reflects that of its predecessor but can be adjusted. 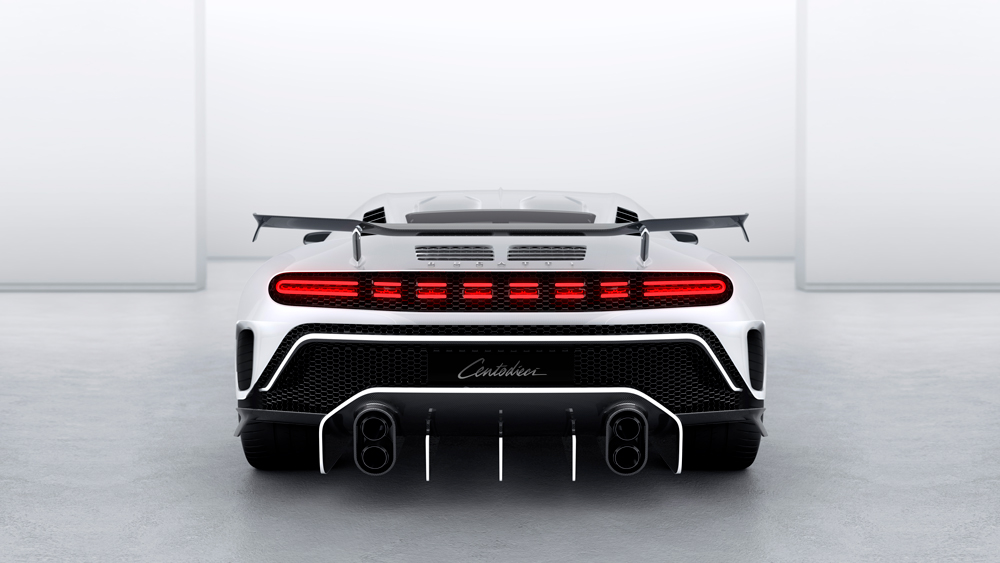 To be expected, most all of the changes to form function to control and cool an 8.0-litre W-16 engine—displayed under glass—packed with 1176kW, as opposed to the EB110’s 3.5-litre V-12 with 450kW (in the most souped-up version). The Centodieci, which weighs 20 kilograms less than the Chiron, crushes zero to 100km/h in 2.4 seconds and runs with 74.5 more kilowatts than both the Chiron and Divo. And while the Chiron tops out at 420km/h, the Centodieci keeps pace with the Divo at 380km/h, sharing the latter’s emphasis on lateral acceleration. 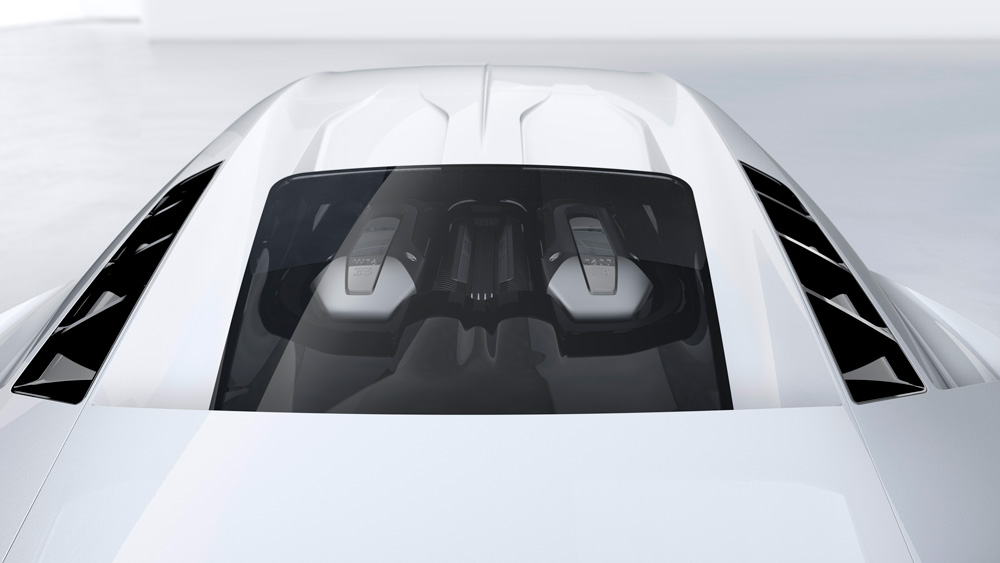 To be manufactured in Molsheim, France, the Bugatti Centodieci will be limited to only 10 examples, each priced at a minimum of €8 million (plus taxes). The first deliveries are expected in 2021.