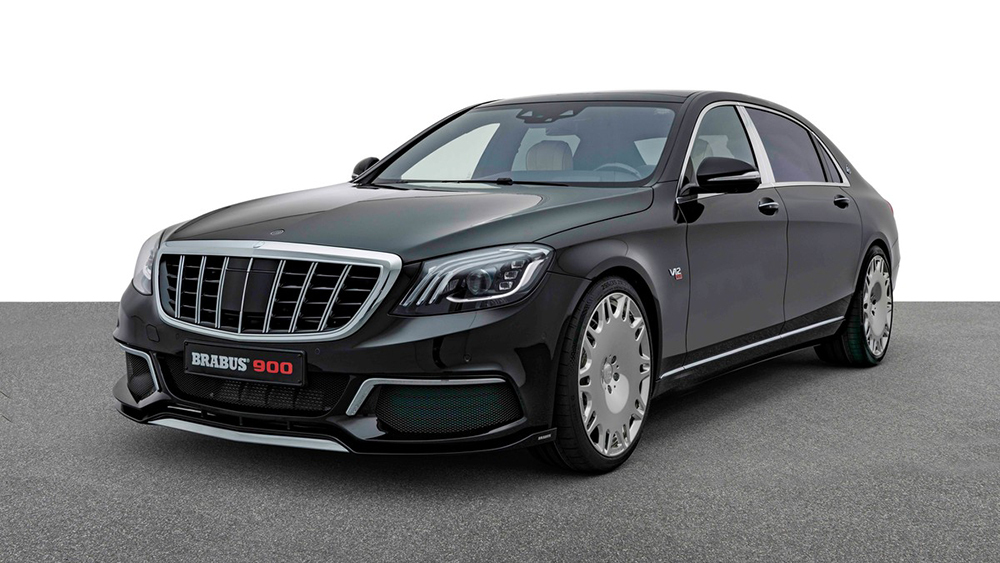 Want to embarrass a Ferrari 812? Tell your driver to floor it.

The Mercedes-Maybach S 650 was already a fast, luxury dreamliner thanks to a V12 that’s got 621kW on tap and 1000Nm torque. That propelled the elongated beast from a dead-stop to 100km/h in 4.6 seconds. Not too shabby, right? But German tuners Brabus think everything needs to become a land missile, even a Maybach, so they figured out a way to cram 671kW under that sleek hood, and substantially ticked the torque up to 1500Nm. The new sprint to 100? A bleary-eyed 3.7 seconds.

“We figured, ‘why not?,’” quipped Peter Moeller, vice president and chief technology officer for Brabus, when we asked him the impetus for the build. Gesturing to the car on his stand at the Geneva Motor Show, Moeller said, “This is the biggest and best engine you can get.” Popping the bonnet, Moeller explained that Brabus slaps on larger turbos and bores and strokes the engine (presumably it’s now up to at least 6.3-litres). “The stock engine comes with one intercooler, so we add another for extra power and to help it keep running smoothly in hot countries where our clients are, like the United Arab Emirates,” Moeller explains. Additional functional hood scoops help that massive power plant gulp as much air as it can, and the menacing front end look is completed by a custom bumper and a front splitter. In the rear, an upgraded snarling exhaust is added, along with an enlarged diffuser.

“We also take all the chrome trim and coat it again in something we call Shadow Black,” he says. “It gives it a nice effect, especially on the wheels.” The interior, which is sumptuous enough to induce envy from private jet owners, gets a special diamond quilting pattern in the leather, and Brabus logos abound, including in the custom digital dash.

The speedometer goes up to 400km/h though the actual top speed is limited to around 350km/h. “Nothing will pass you in this, though,” Moeller chuckles. While Brabus claims to have been mindful of fuel efficiency, noting a rating of 12.7 litres per 100 km (which translates to more than 18 mpg), we seriously doubt you’ll see those kinds of numbers on the road.

“This is the seventh car, and all have gone to European buyers,” Moeller notes, adding that one was requested with bulletproof armour. “We do have one order for the US market and we’ll be delivering that soon.” The cost of a speeding luxury train? More than $900,000. When asked if most of the buyers are driving or being driven, Moeller says the bulk opt for the drool-worthy backseat, though with all those ponies at the ready, it would seem the driver’s seat would be the most fun.