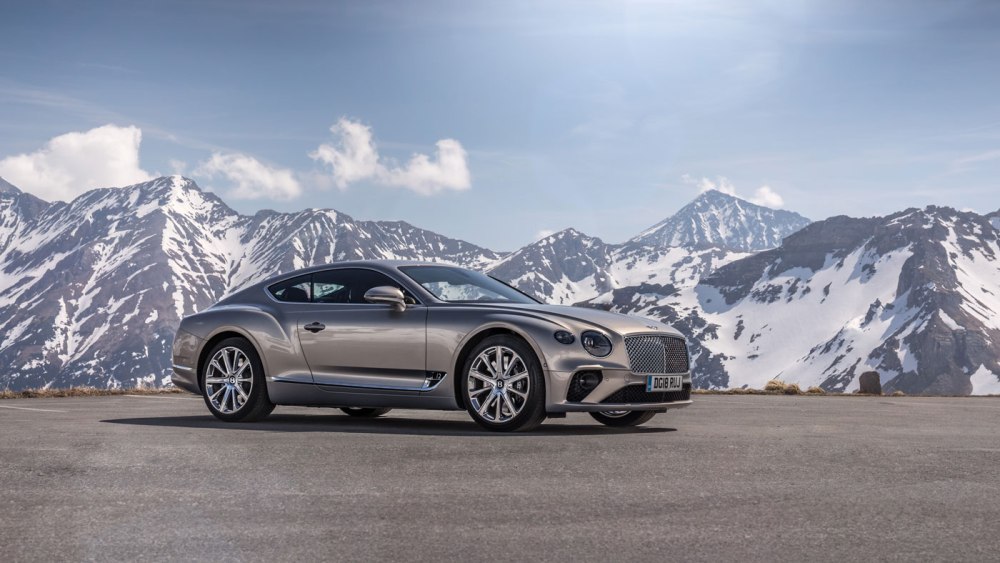 During a test-drive in the Alps, we found the grand tourer’s makeover to be remarkable.

History is littered with unfortunate examples of revolutions gone awry—both from politics and within the four-wheel world. Perhaps that’s why English automakers are conservative in their approach when it comes to redesigning their most popular cars.
Cue Bentley and its best-selling Continental GT coupe, a piece of automotive art that feels like it’s been with us forever. The grand-touring car arrived in 2003, and for over two generations it has seemed to barely change.

And after a first drive in the European Alps, it left us rattled. You know that phrase “a riddle wrapped in an enigma”? Well, this is a revolution wrapped in an evolution.

As expected, the evolution comes about in the exterior. The third-gen GT gets a further refinement of its design ethos, which we’ll call streamlined sophistication. The body is aluminium, and a special super-heated forming process allows for especially complex and delineated character lines on the fenders, sides, and rear. 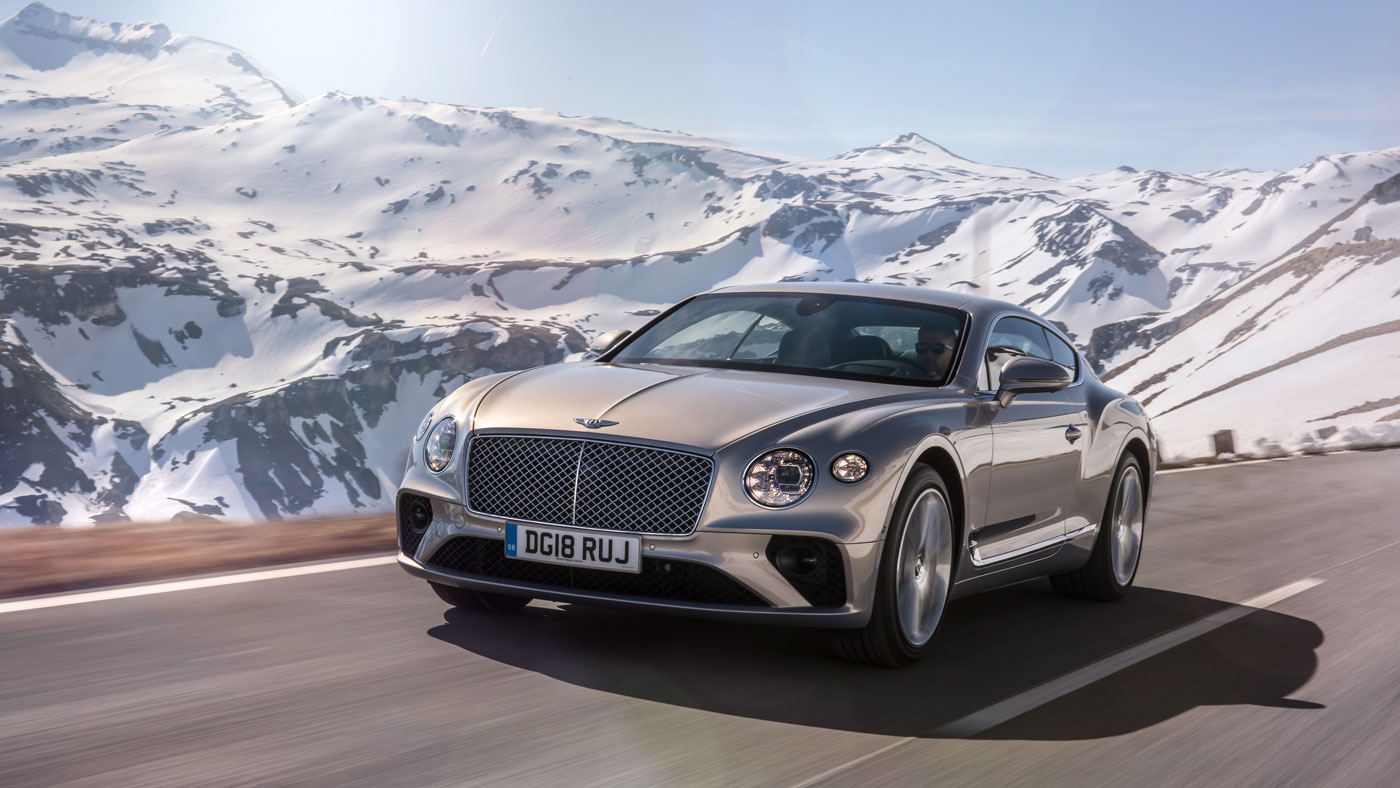 The body is aluminium, and a special super-heated forming process allows for especially complex and delineated character lines on the fenders, sides, and rear. Photo: Courtesy Bentley Motors Limited.

Check out that new air intake behind the front wheels and see the sensuous scooped-out hollow that begins at that intake and flows backward until it’s washed out by the flared fenders over the rear wheels. The back has never looked so good, with teardrop taillamps and a defiant flip over the trunk. Overall, it’s a knockout result. This is one handsome coupe.

Since we’re talking design, we’d be remiss not to also take a look at the interior. Bentley’s attention to leather, carbon fibre, and wood is always first rate—by the gods, that leather quilting! — but the integration of the latest VW Group electronics gives us both driver and centre digital screens that are fast-loading, crisp, and easy to use. (The centre console is a touch screen and can also be operated by real buttons and knobs.) The mix of new- and old- world aesthetics is superlatively done. 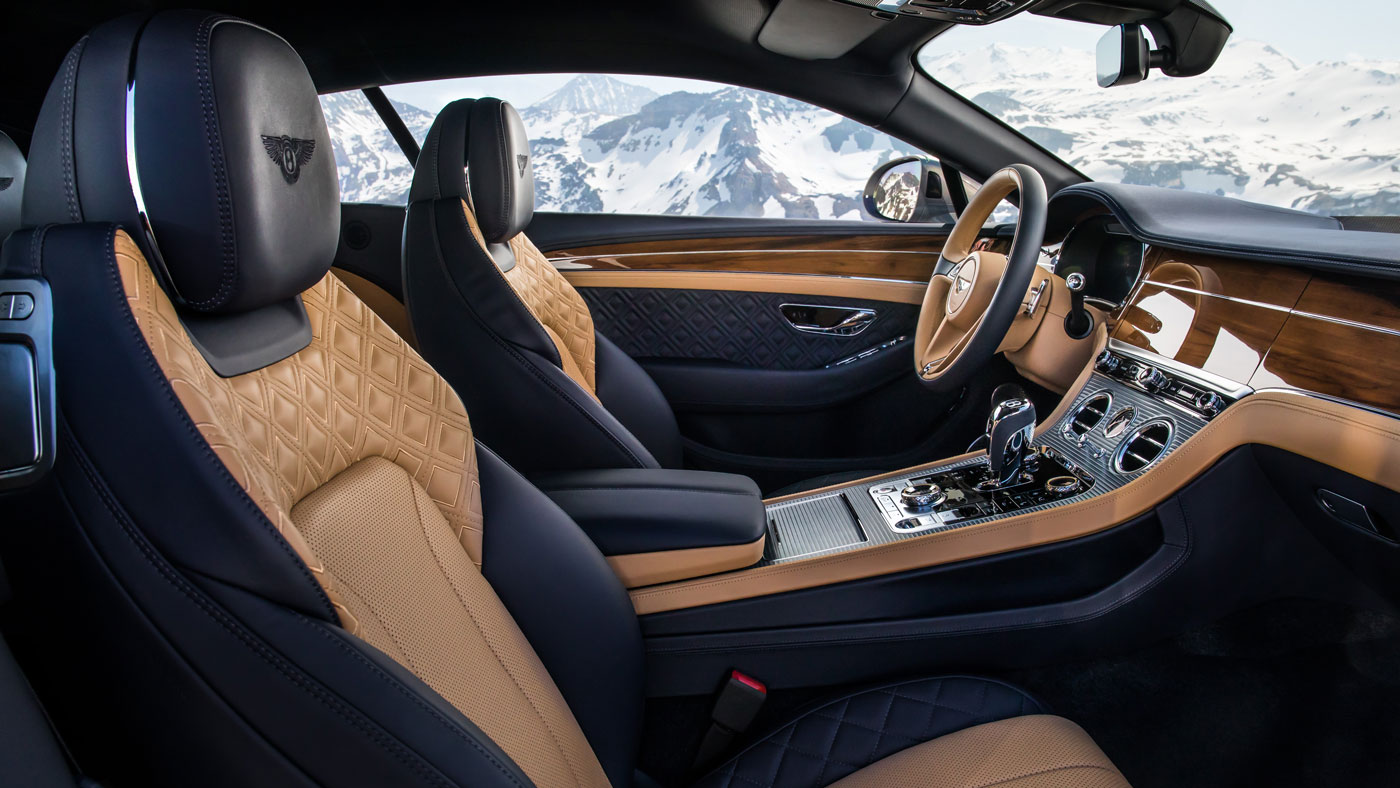 The Brits aren’t above a little gimmickry, either. See the “Bentley Rotating Display,” which is rather like a hidden bookcase door. The centre console revolves in place to show either the digital screen, a wood veneer, or three round dials. It’s a silly option, but when a passenger first steps into the car, it’s all they will want to talk about—at least until you start up the 626 hp, six-litre W-12, the only engine available when it first goes on sale. The fact that this generation comes with launch control should tell you something. It will take you from zero to 96 kmh in 3.6 seconds on its way to 333 kmh.

This is the revolution of the new Continental. The modus operandi of the Conti has always been the ultimate grand touring car, and it still does that as well as it ever did. But now it handles like a raging sports car, too, an unmistakable truth that’s apparent as soon as you slip it into Sport and start slamming around back roads. 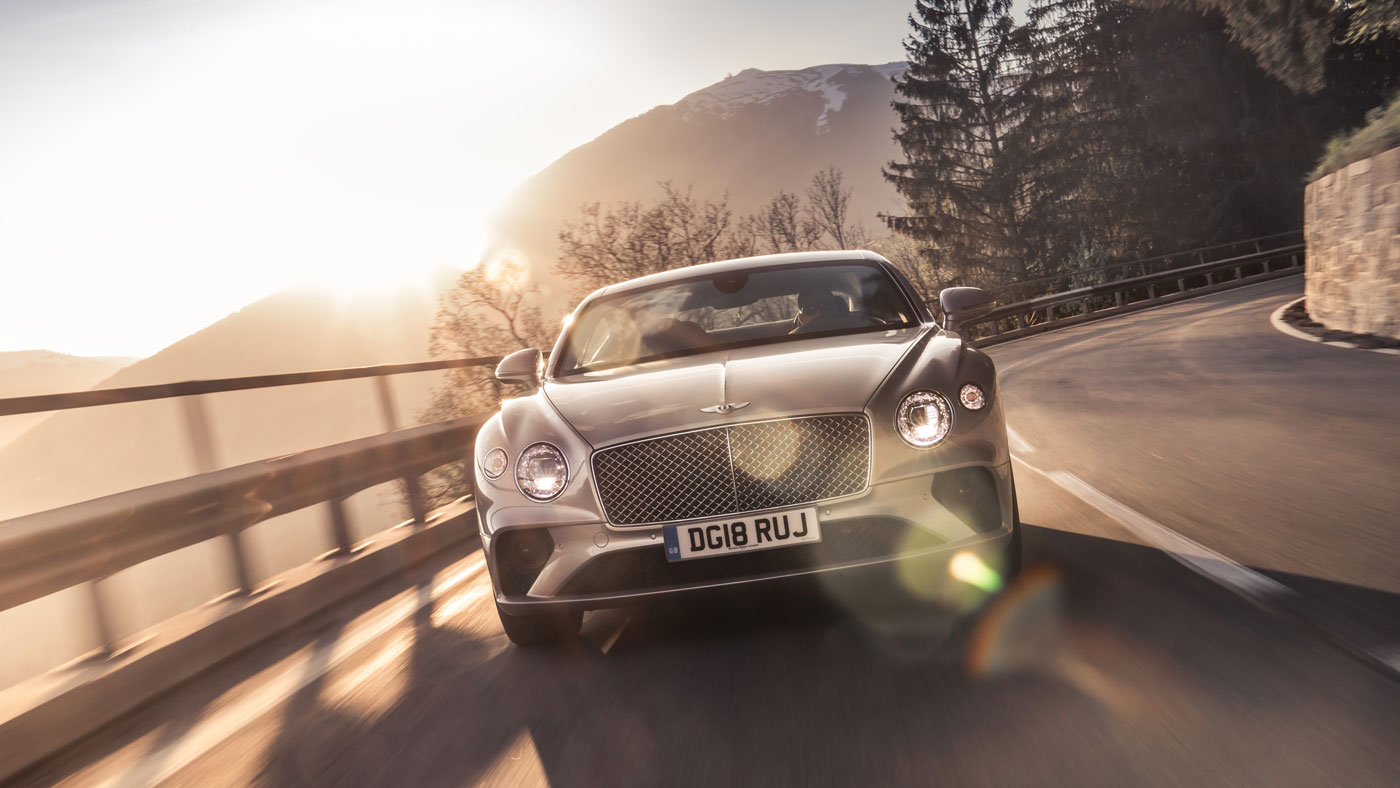 There’s a suppleness and overall swiftness that was never there before. It slices up paved terrain like a Ginsu knife. Credit the new platform—the same one the Porsche Panamera rides upon—which allows the engineers to move the front wheels forward. This gives the car better balance, with 45 percent of the weight in the aft, making the nose itself less heavy and far defter in turns.

The car also handles flatly due to the technically sophisticated 48-volt-powered active roll bars that are rolling across the VW Group fleet, having started at Porsche and making its way over to the new Lamborghini Urus SUV. There is no more convincing way to magic away excessive weight in a big vehicle. And the new GT even comes in at 77 fewer kilos than the older one. 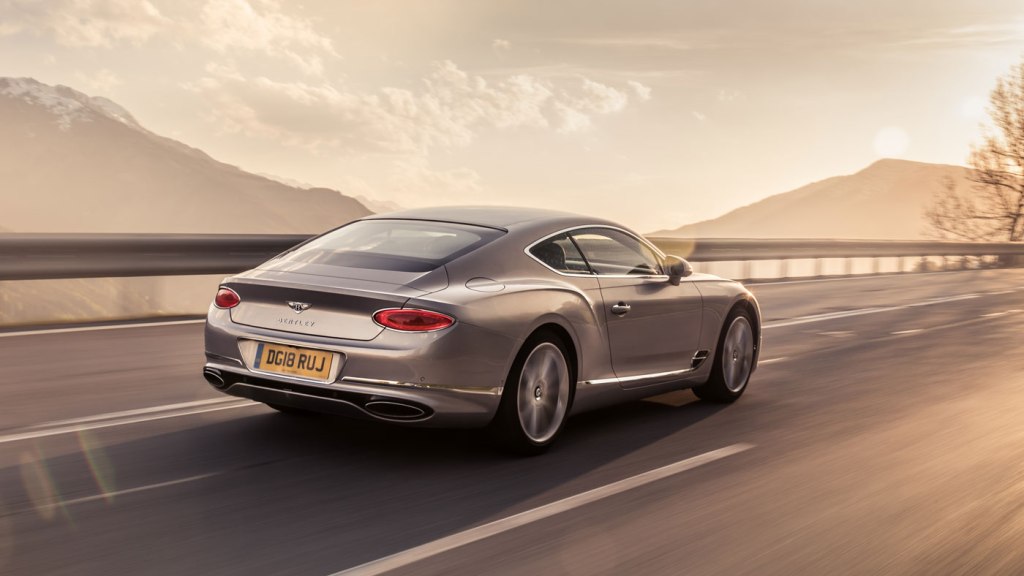 The Bentley Continental GT’s back has never looked so good, with teardrop taillamps and a defiant flip over the trunk.Photo: Courtesy Bentley Motors Limited.

Add in a bunch of other performance aids, like a multi-plate electronic center differential (that distributes torque to any given wheel) and an eight-speed dual-clutch transmission, and the GT becomes a car in which you can truly enjoy a mountain pass.

If and when you prefer to simply cruise around in town or take in the scenery (which is likely most of the time), the Bentley will not only leave you in the comforts of a cosseting seat and great stereo system, but it will also soak up potholes thanks to its air suspension.

Comfort, grand touring, and sports-car handling—turns out that the revolution is upon us after all.