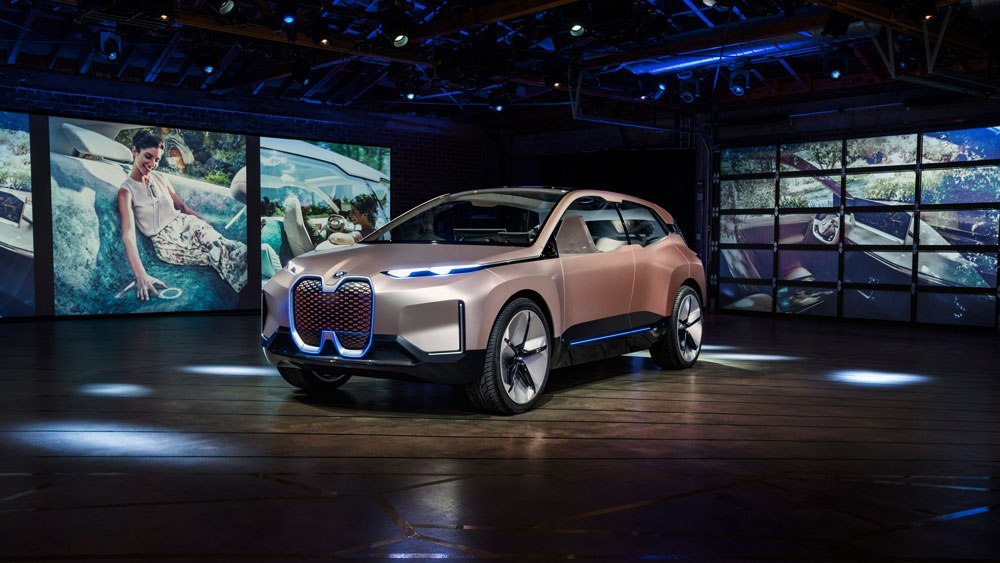 The all-electric, autonomous prototype features touch sensors in the dash and seats.

In the coming years, the Ultimate Driving Machine might very well drive itself, and BMW’s Vision iNext concept—presented at this year’s Los Angeles Auto Show—gives us a glimpse of what that might look like.

“The task for BMW is how to innovate and inspire,” said BMW Group design director Adrian van Hooydonk at the unveiling event in downtown Los Angeles. Van Hooydonk has been in his role for nearly a decade, and before that, worked alongside his predecessor Chris Bangle, known for his cutting-edge and often controversial designs. The Vision iNext concept is a symbol of BMW’s commitment to the next era of driving one in which many, if not all, cars will be electric and fully autonomous.

As mobility itself is changing, so must car companies change their ideas about vehicle design, according to van Hooydonk. “The shape of the car is clean, bold and sexy,” he tells us. “It looks powerful without too much effort, and we believe that’s what [electric] mobility will feel like.” 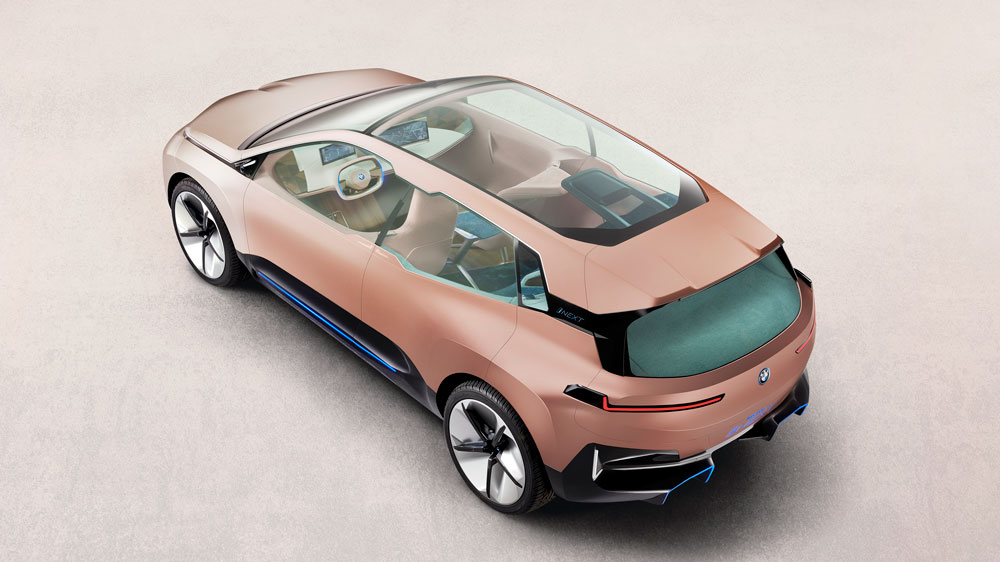 The Vision iNext concept has a similar footprint to the X5 and X6 crossovers, but with much more interior space due to its electric motors, which are much smaller than a traditional internal-combustion engine. Here BMW’s signature kidney grille is tall, narrow and exaggerated, flanked by four laser headlights. The body has been designed for maximum aerodynamics and efficiency, and is painted in Liquid Greyrose Copper. 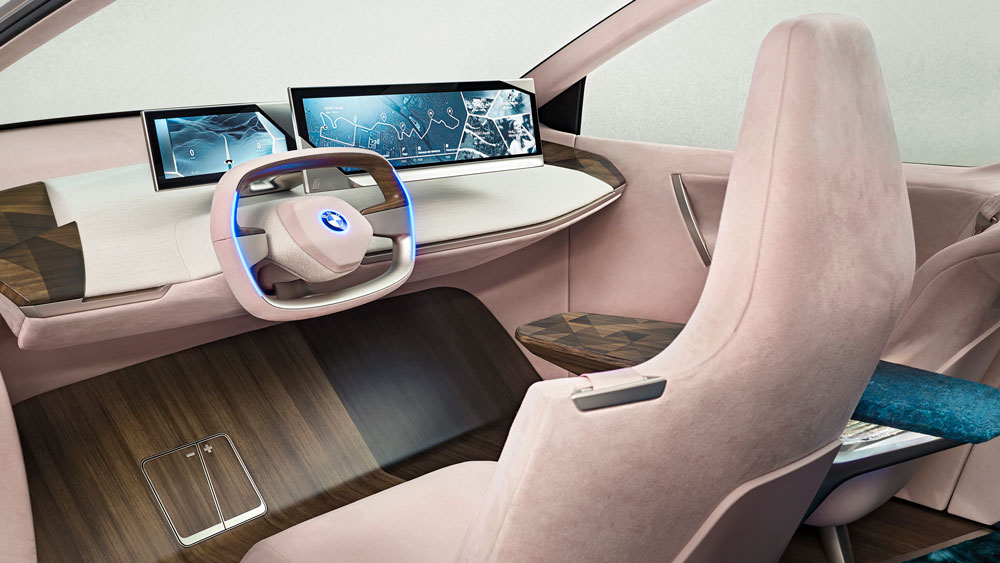 The interior, inspired from a hotel lounge.
Photo: Courtesy of BMW AG.

The paradigm shift is most evident in the interior, which was inspired by the architecture of boutique hotels. Here, instead of a traditional car layout, the cabin becomes a lounge, with seats that swivel to face one another so passengers can talk more easily. Instead of obvious screens or buttons, touch sensors are invisibly integrated into the front dash and the rear seats; occupants can then access the car’s functions by simply pressing or drawing on the wood or fabric. 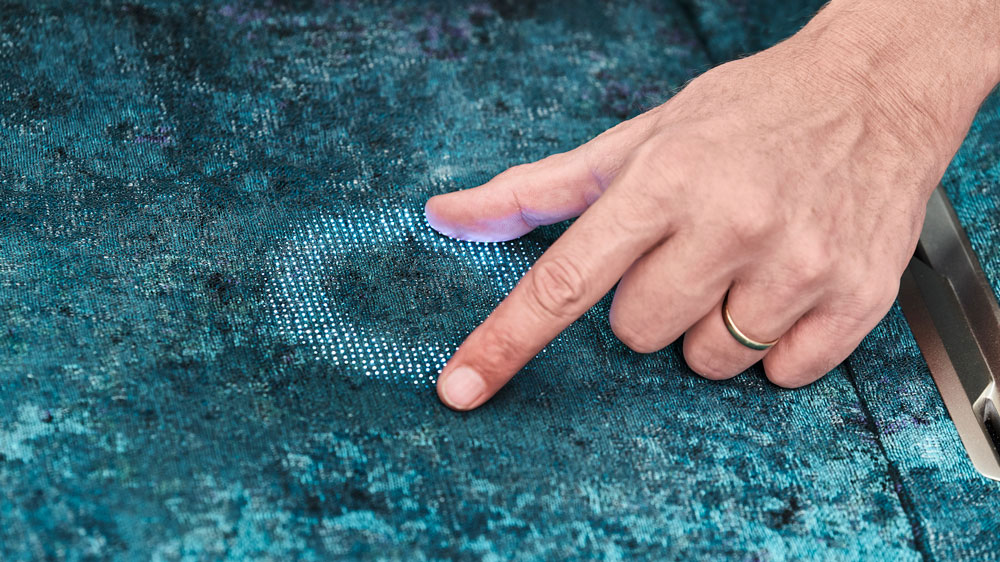 Touch sensors are integrated in the rear seats.
Photo: Courtesy of BMW AG.

Although the marque hasn’t released exact power and range specifications, BMW executives say we could see an all-electric production utility vehicle similar to the Vision iNext Concept in the next few years. CEO Harald Krueger also announced that the company would have level 3 autonomous driving technology (i.e. “eyes-off” driving with some human intervention) available for all customers by 2021, with the potential for level 4 (limited autonomous driving) that same year, depending on the rules and regulations in each market.