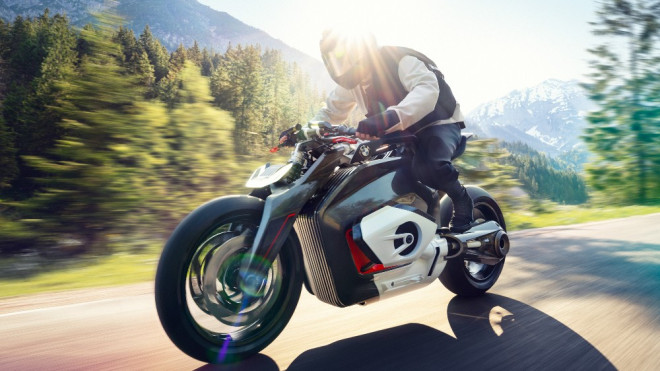 Like many luxury marques, BMW is committing to our electric future—and not just with high-design car concepts.

In late June, the Bavarian automaker’s motorcycle division, BMW Motorrad, revealed its latest electric bike concept, the Vision DC Roadster, at its NEXTGen event in Munich, according to CNET. While no performance specs were made available, the bike, which looks as street ready as any of the company’s previous attempts, offers a striking hint of what an actual consumer electric motorcycle from the company would actually look like.

Like any good BMW concept, the Vision DC Roadster has plenty of style to spare. But as sleek as the black-and-white bike may be, it’s significantly toned down compared to the company’s recent concepts—in particular, the Vision Motorrad Next 100. While there are still some daring design touches, like the exposed universal shaft and the Duolever fork, the company has mainly drawn inspiration from its 95-year history to produce a bike that will turn heads without looking out of place on the highway.

“The Vision Bike shows how we’re able to retain the identity and iconic appearance of BMW Motorrad in distinctive form while at the same time presenting an exciting new type of riding pleasure,” BMW Motorrad Head of Design Edgar Heinrich said in a press release.

You don’t need to look any further than the Vision DC Roadster’s engine for proof of that ethos. Since electric engines are much more compact than their gas-powered counterparts, BMW Motorrad maintained the look of its trademark “boxer” engine by placing the bike’s large vertically fitted battery atop the smaller, cylindrical motor. And from there, two side elements protruding with cooling ribs and integrated ventilators make sure the bike isn’t at risk of overheating. 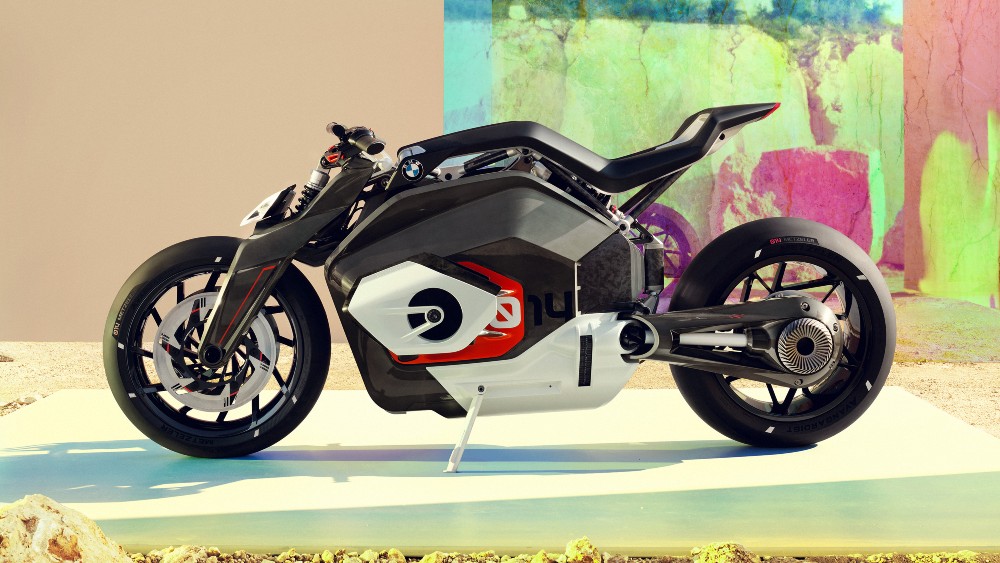 While BMW was quick to say there are no plans to release the Vision DC Roadster, which it calls “a highly emotional naked bike with electric drive,” it seems pretty clear that the underlying building blocks from the concept will make their way into a production motorcycle at some point. Either way, with the bike and the company’s other recent car concept, the Vision M Next, the future’s looking bright for fans of the Ultimate Driving Machine—and the environment.