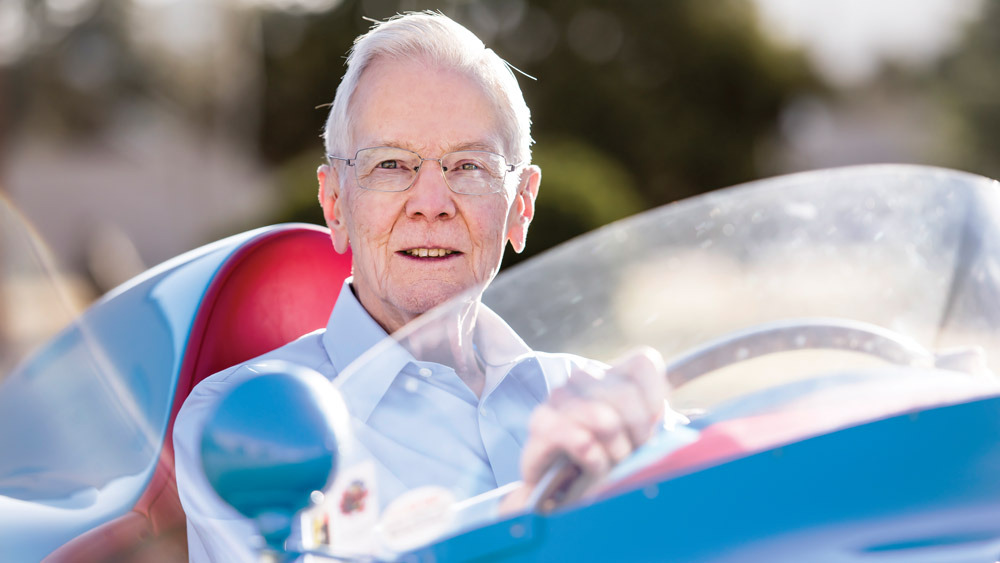 Cherished by a naval officer for 58 years, the rare four-cylinder from Maranello will soon move on through Gooding & Company.

An automotive equivalent of biblical Job, the 1955 Ferrari 500 Mondial owned by retired Rear Admiral Robert Phillips has experienced renown, ruin and finally, a return to glory. 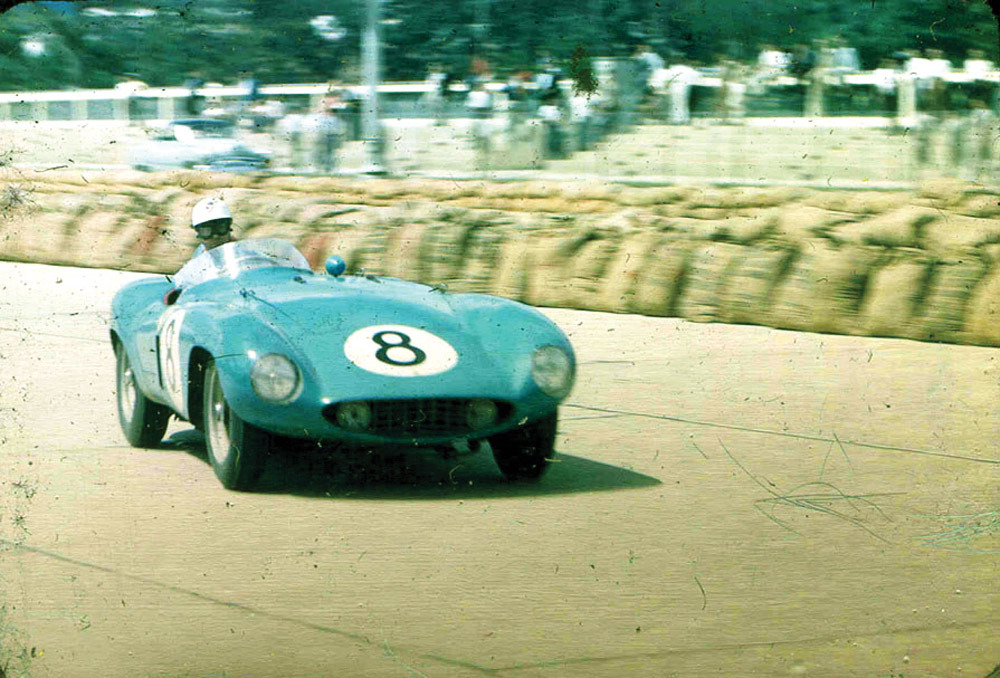 Unfortunately, it was eventually left to languish in storage at a Rambler dealership in Richmond, Calif. It is there that Phillips—then rising through the ranks of the US Navy—found it in 1960.

“Here was this mess, filthy and covered with mud,” says the admiral. “I grabbed a rag off the shop floor, wiped the engine’s valve cover, and saw ‘Ferrari.’ I had to save it.” After spending US$2200 (two-thirds of his annual salary at the time), he worked on the racer by hand for nine months, and the car soon meant far more than its provenance or prancing horse pedigree. It became family. 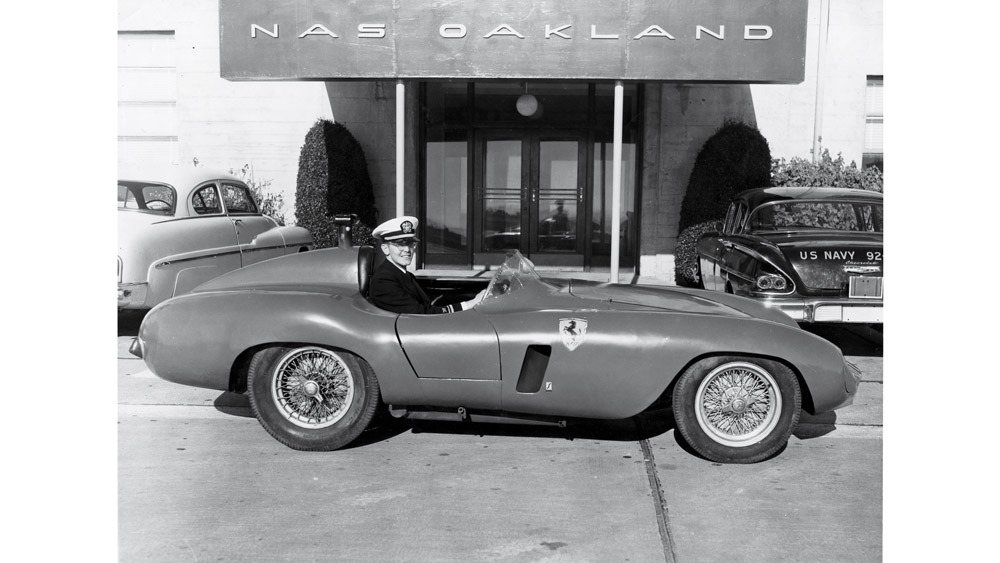 “My mother called it her first grandchild, because of the gestation period, and my son refers to it as a sibling,” Phillips says. In 2008, after an eight-year restoration conducted by specialist David Carte, the Mondial was named finest Ferrari in the field at the Pebble Beach Concours d’Elegance.

The acclaimed automobile will be back at Pebble this month, but the return is bittersweet. The admiral, now 82 years old, is ready to relinquish the roadster at the concours’s official Gooding & Company auction, where it’s estimated to fetch as much as US$7.5 million ($10.3 million). 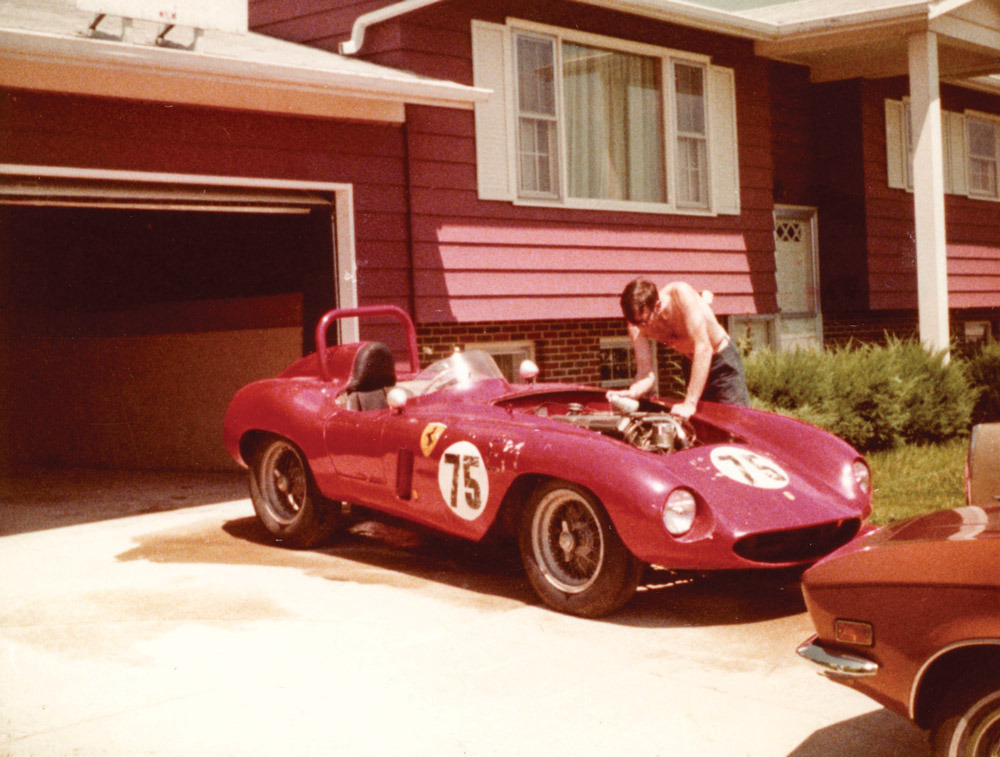 Robert Phillips in his early years with the 1955 Ferrari 500 Mondial. Photo:

“We always examine a car’s history, originality and condition before considering representation,” says Gooding & Company founder, David Gooding. “The wonderful thing about this one is that it checks all the boxes beautifully. We see it as a great responsibility, privilege and pleasure to find the next caretaker for this car.”

When asked what he hopes for the Ferrari’s future, Phillips is emphatic: “Sitting on a museum stand—or in a private collection that nobody gets to see—is not where this car belongs. It needs to go to someone who will drive it, show it, and talk about it.”