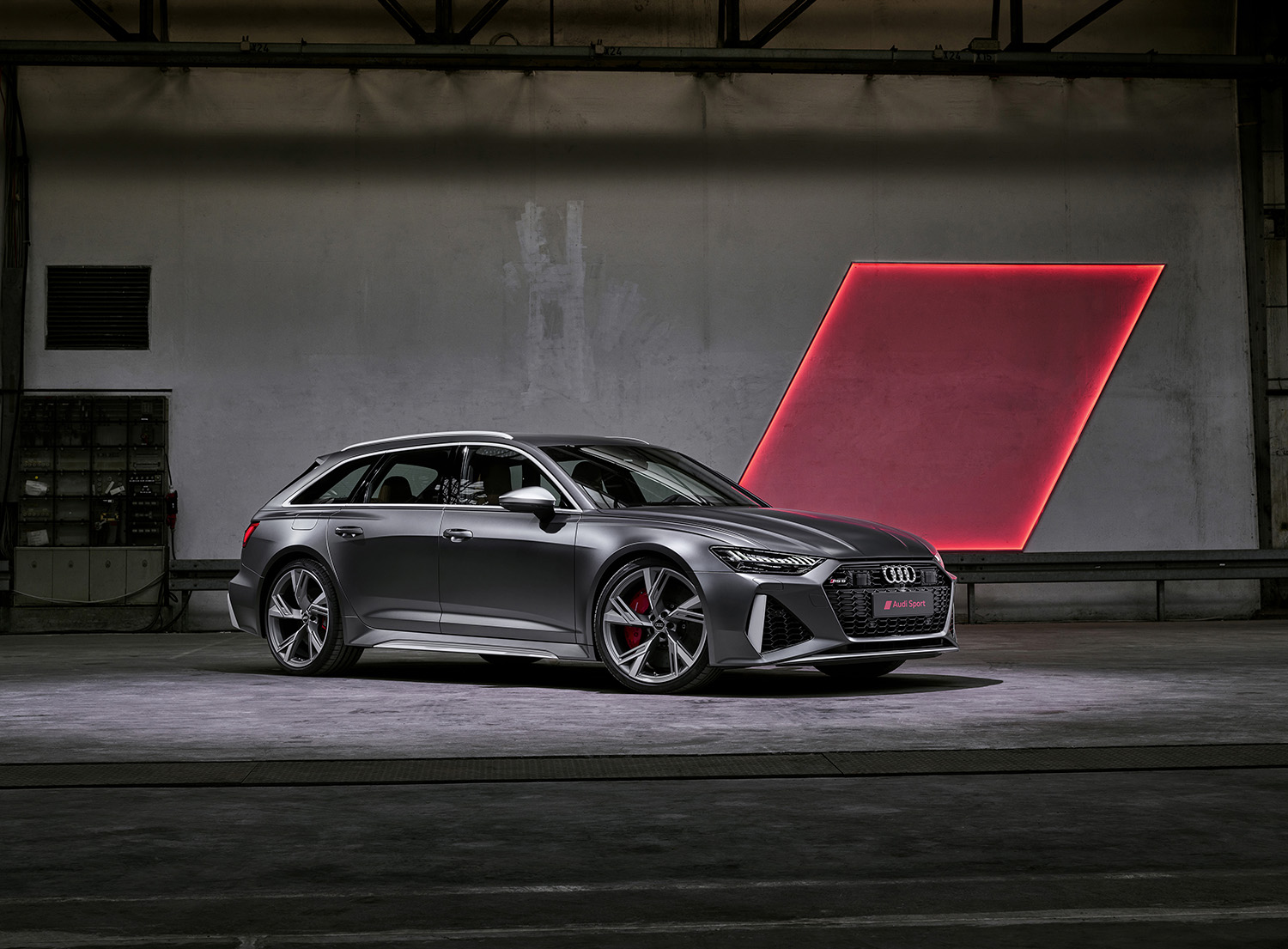 More aggressive than ever.

Ever since the first RS was unleashed 25 years ago, Audi has built a reputation for building high-performance wagons. The new Audi RS 6 Avant leans into that history, ushering in a new chapter of frankly ridiculous levels of performance.

How ridiculous? Well the 4.0 litre V8 TFSI powerplant delivers an astounding 441kW and 800Nm of torque taking it from 0-100km/h in a swift 3.6 seconds. Certainly, impressive numbers for a car with enough space for two kids and the dog. 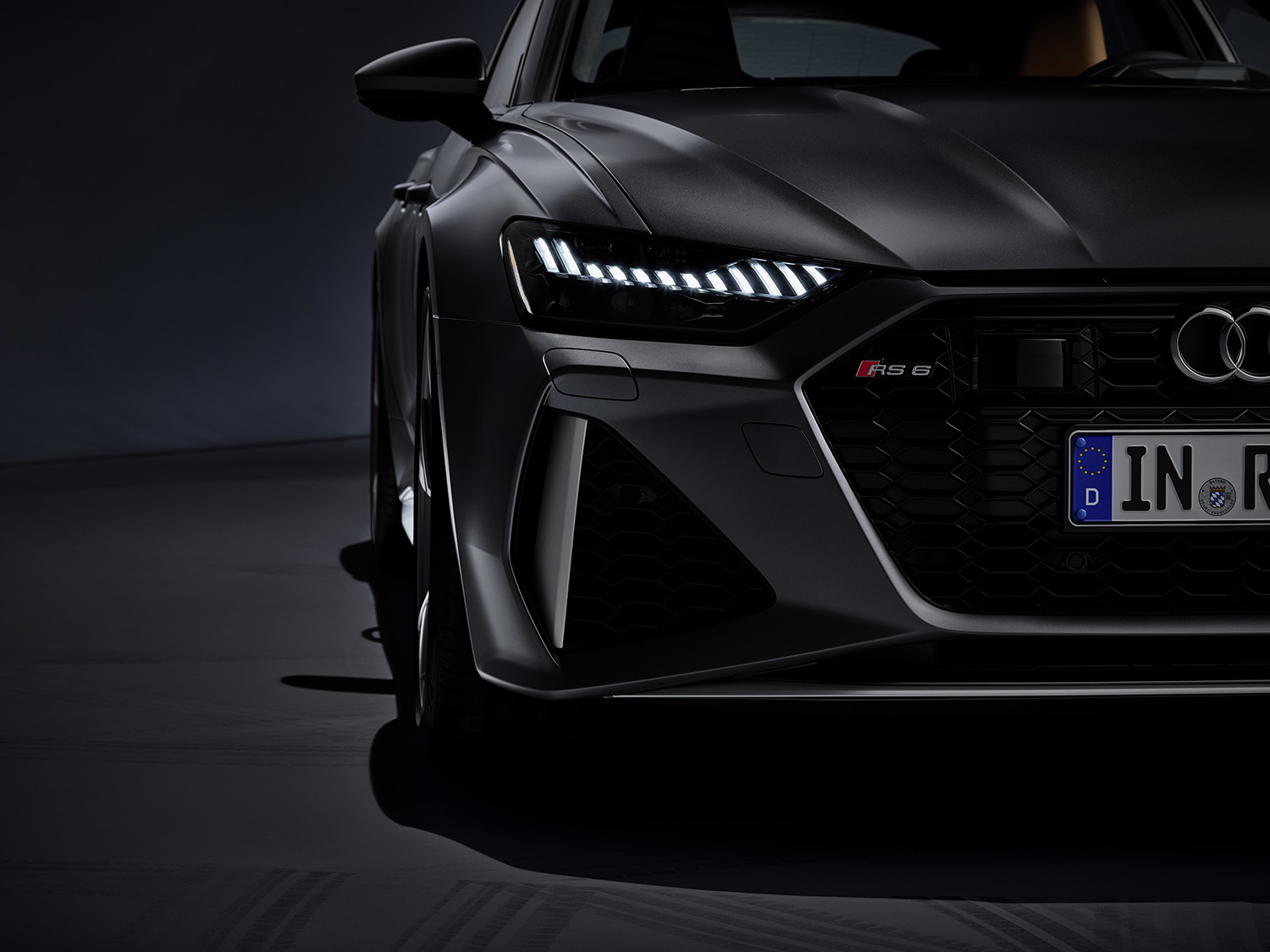 Not only is it faster than its predecessors its smarter and more efficient as well. The RS 6 has been fitted with a 48-volt hybrid system giving the powertrain a helping hand while the MHEV technology works to give fuel savings of up to 0.8 litres per 100km on everyday roads.

Of course, the car has space for the family – and you want it to be capable of carting them around with relative ease and safety. With wheel-selective torque control, the car gains agile and safe handling. The RS 6 also makes use of adaptive air suspension and controlled damping which gives the car a lower look by as much as 20mm. 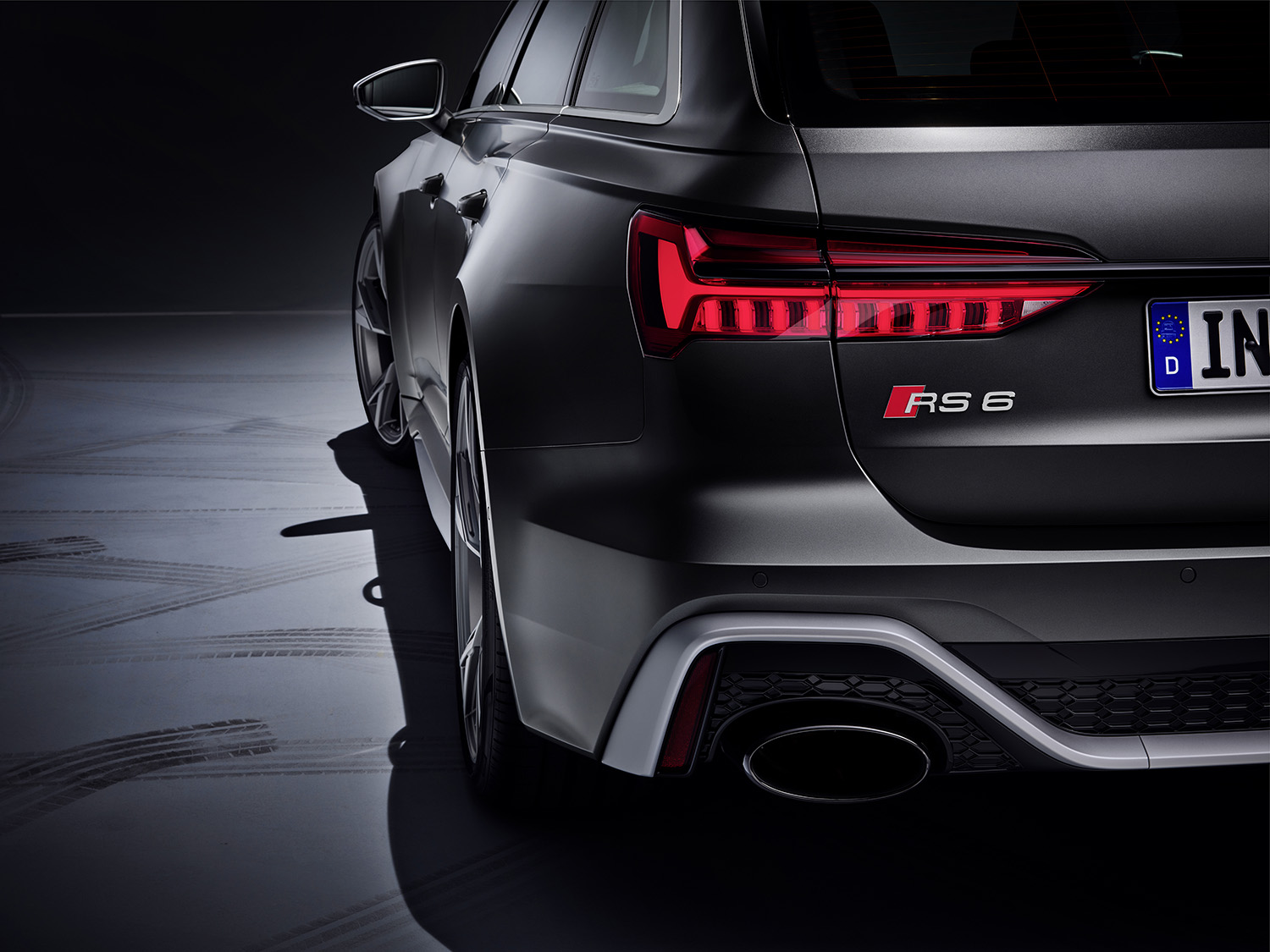 On looks, the new RS 6 Avant is decidedly more aggressive than its A6 sibling. The body has been widened with its broad flared wheel arches, creased panels and angry reshaped snout, the RS 6 Avant doesn’t suggest its sporty nature, it screams it. 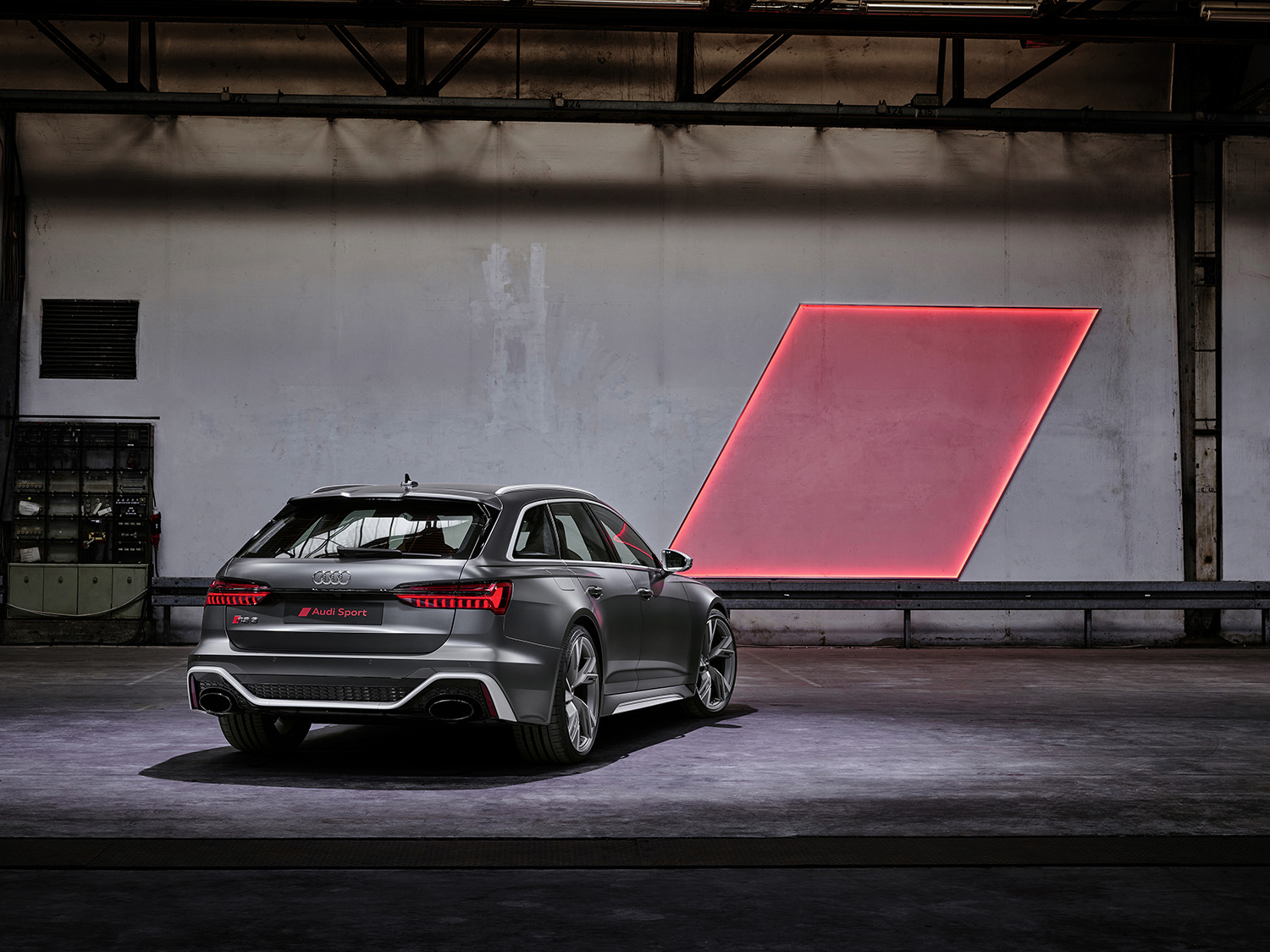 Inside however, the screams are muffled, albeit by Nappa leather or Alcantara sports seats, carbon, wood or matte aluminium inlays, and a luggage compartments with capacity between 565 and 1680 litres. There are more than 30 assists systems available including adaptive cruise assists, lane change warning and 360-degree cameras. 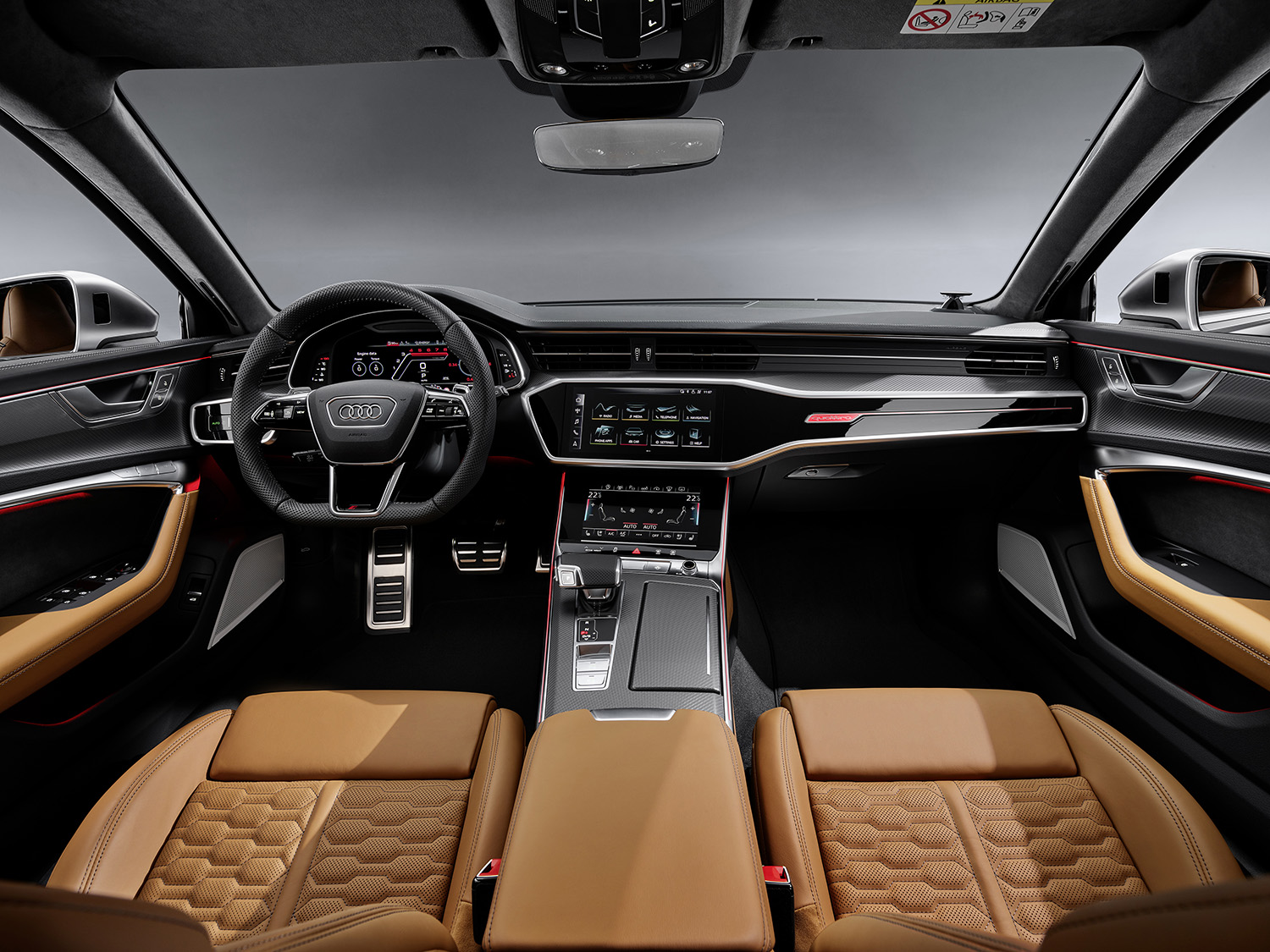 The Audi RS6 Avant is slated to reach Australian shores sometime in mid-2020, with pricing due to be announced closer to launch.