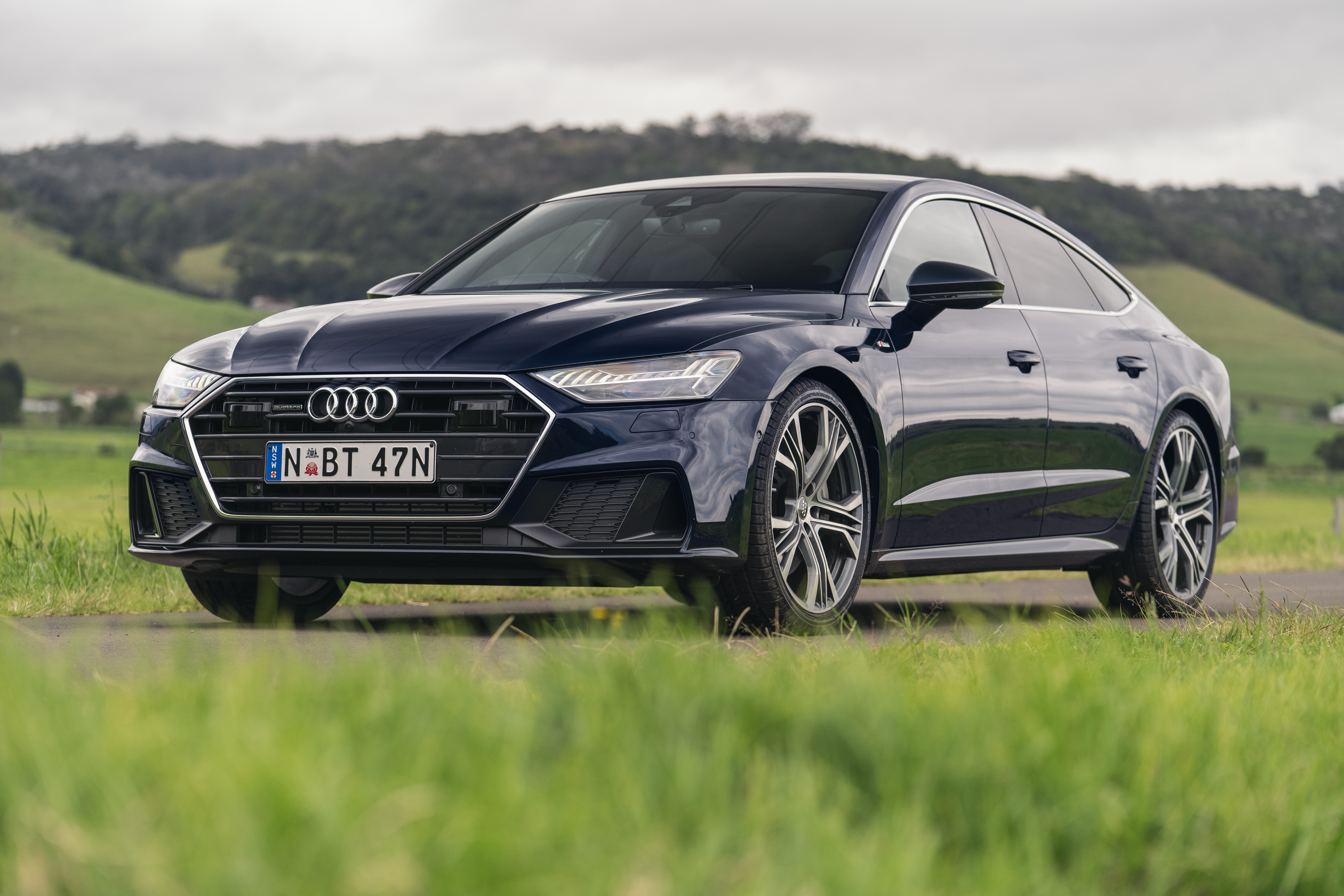 Audi-s new-generation A7 brings Sportback to the Future

The shape-shifting nature of luxury executive sedans has stretched a little further with the introduction of Audi’s new-generation A7 Sportback – an aggressively styled, fastback four-door sedan.

The new A7 Sportback replaces the original model of 2011, which was a striking example of a relatively new category of luxury “four-door coupe”.
The sleek sedan silhouette, arguably pioneered by Mercedes-Benz a few years earlier with its CLS in 2004, has spawned a number of contenders including subsequent CLS generations, the BMW 6 Series Gran Coupe (and imminent 8-series replacement) and the Porsche Panamera. 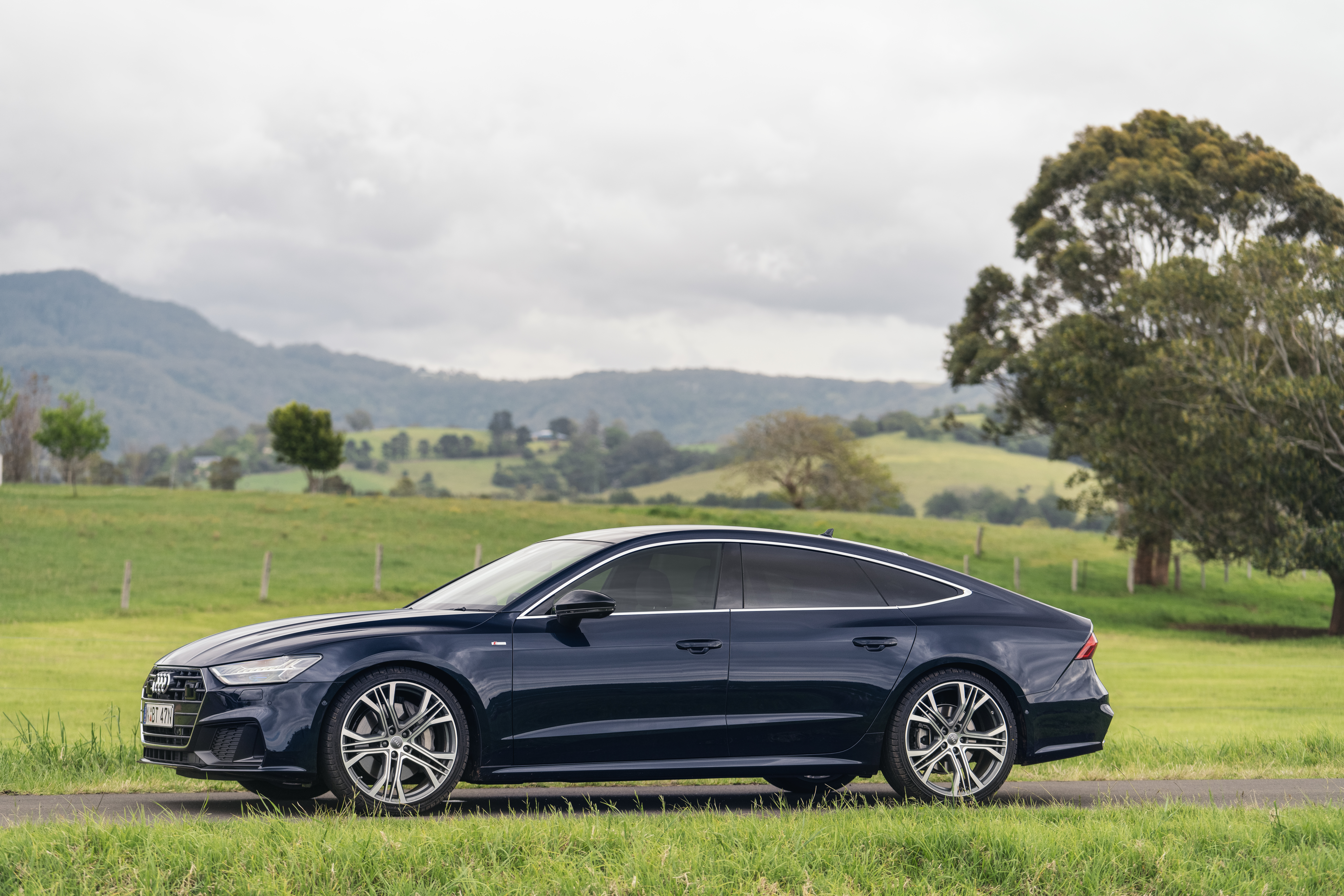 Audi claims the A7 Sportback incorporates the design of a coupe, the seating accommodation of a sedan and, with its liftback tailgate and fold-flat rear seats, some measure of the practicality of a wagon. 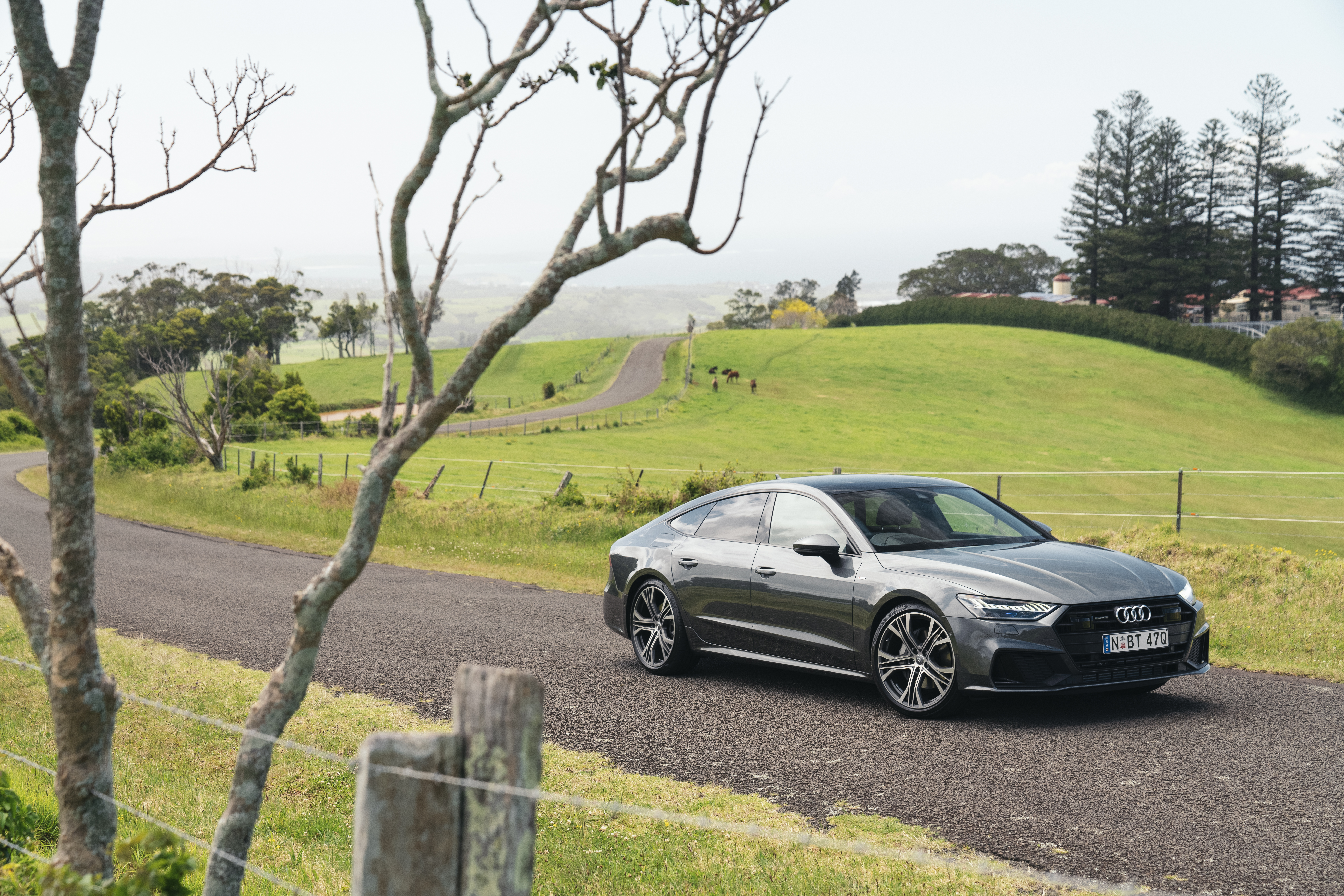 Compared with the outgoing A7 Sportback, the new model boasts improved head and legroom for rear occupants and wider cargo loading access – though luggage capacity, at 535/1390 litres (rear seat up/down), appears identical to its predecessor.

Launched on the Australian market next week, the A7 Sportback will initially be available only in the top 55 TFSI Quattro S tronic guise, which translates to a turbocharged, 3.0-litre V6 engine (making 250kW/500Nm), incorporating a mild hybrid system and with a seven-speed transmission and (naturally) quattro all-wheel drive. Pricing before options is $131,900. 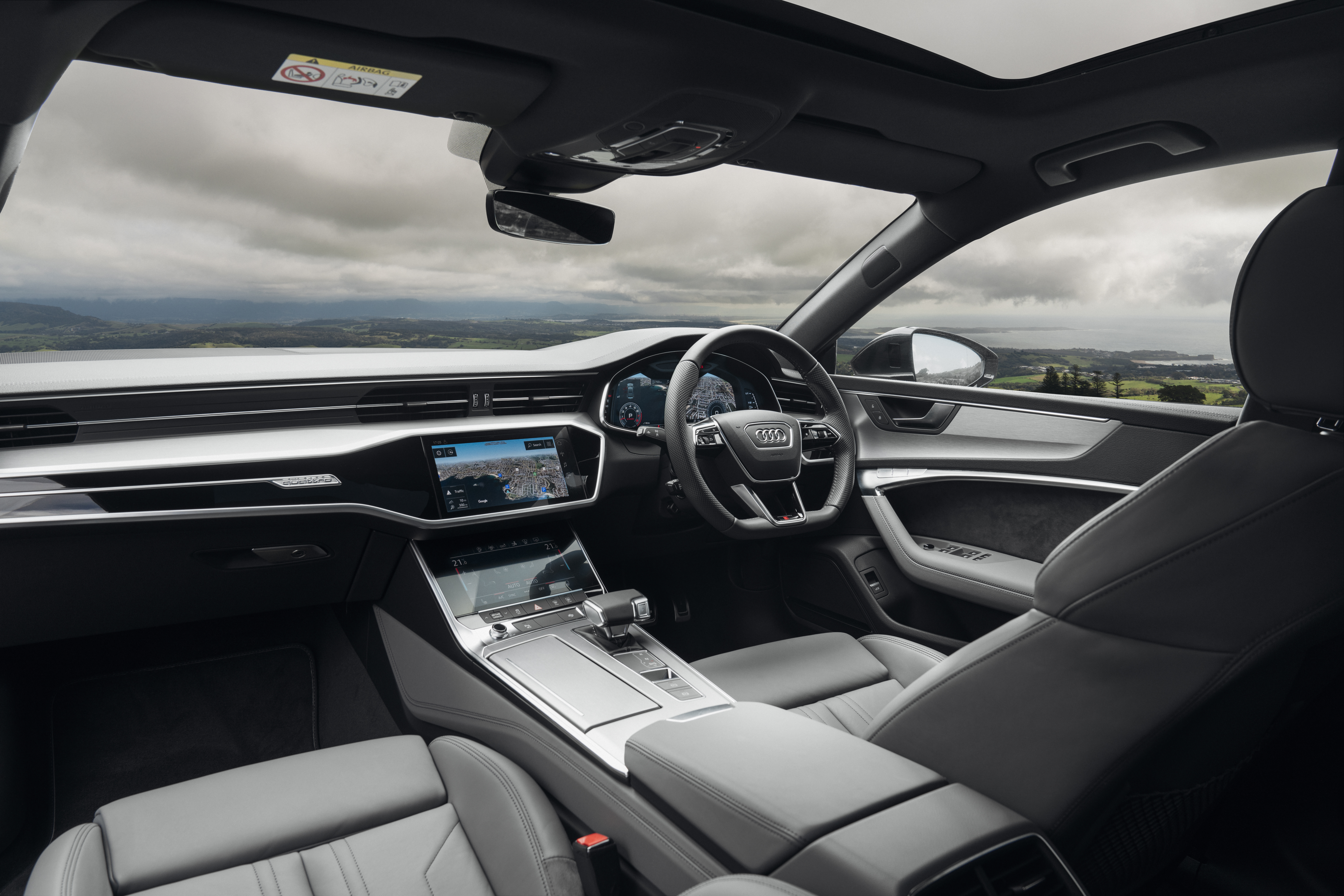 The new executive express is long, wide and low, at 4.97m, 1.91m and 1.47m, respectively. Housed within its handsome and yachting-inspired exterior, the clean and architectural styling of the interior includes a 10.1-inch display which, in addition to the latest-generation MMI touch-screen display (and standard head-up display), supersedes all but a few hard buttons and switches from the cockpit. 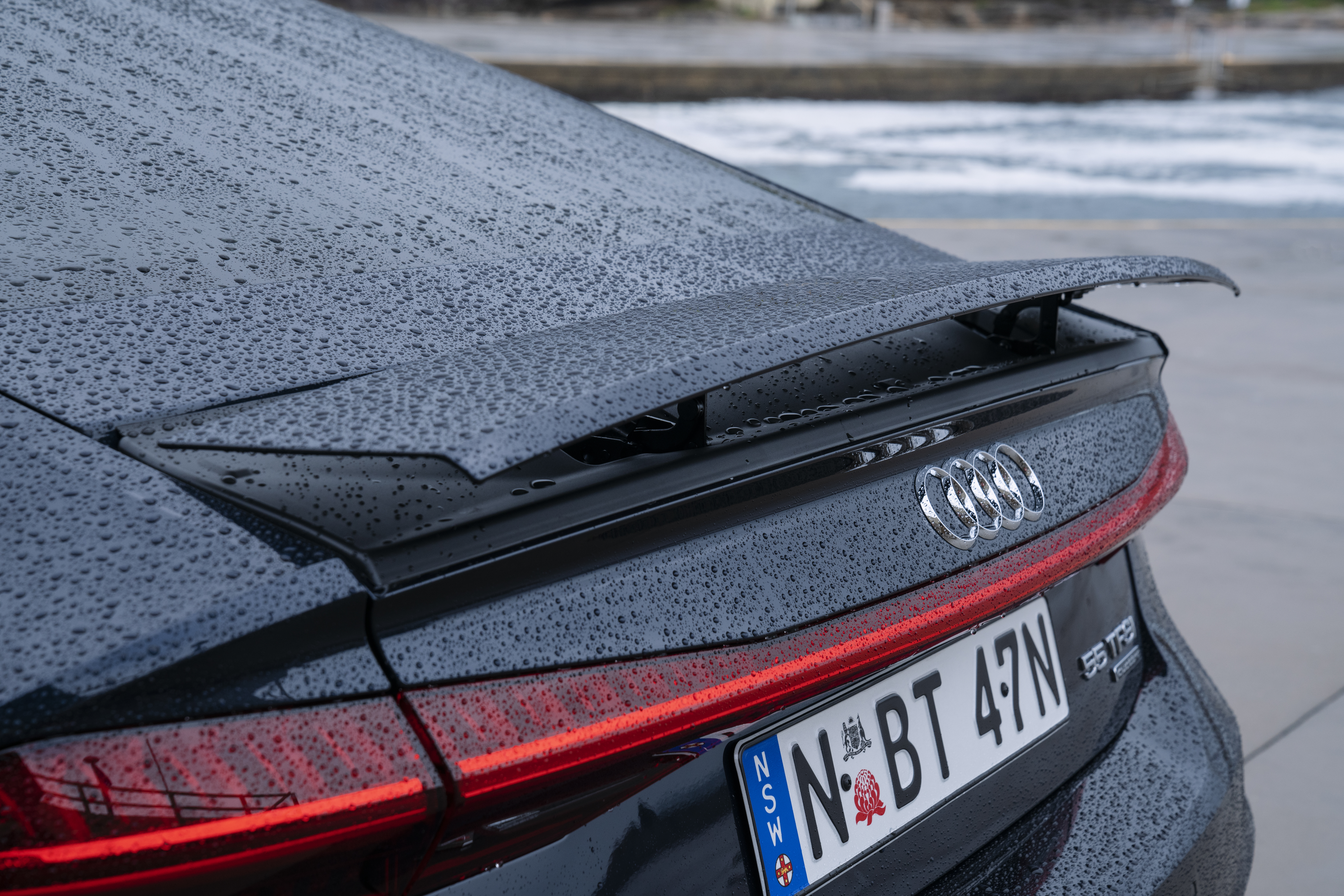 An S line sports interior package is standard on the launch 55 TFSI models, though a couple of the A7 Sportback’s most advanced self-parking features – namely, garage pilot and parking pilot – will be introduced next year.