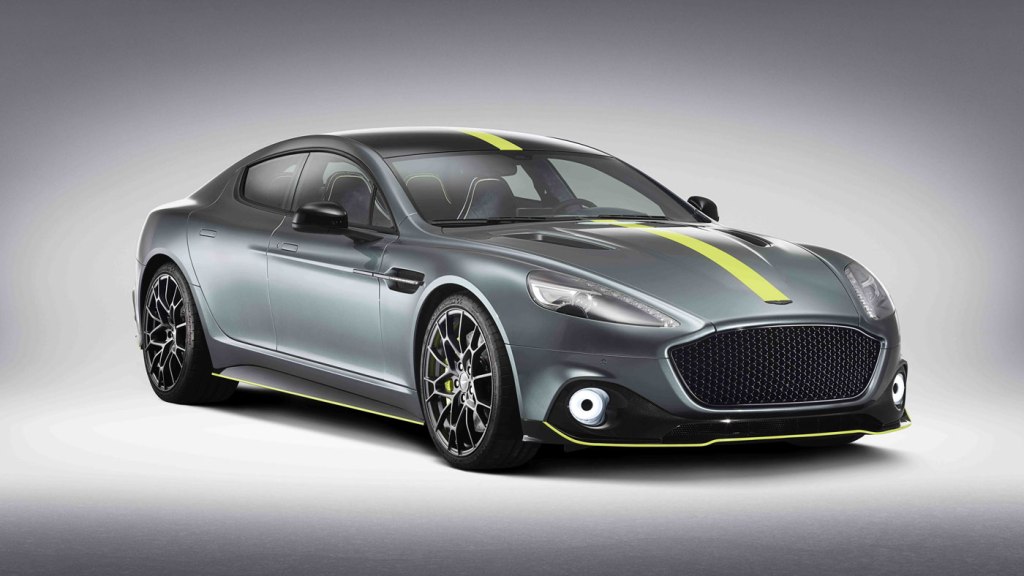 Created in collaboration with Aston Martin Racing, only 210 examples of the 580 hp variant will be produced.

Aston Martin is sprinkling a little of its AMR racing-division magic on its elegant Rapide four-door sedan, as evidenced by the unveiling of its new, special-edition 2019 Rapide AMR. Developed with the help of Aston Martin Racing, the car sticks closely to the Rapide AMR Concept showcased at last year’s Geneva Motor Show, which may be why Aston labels this new production version its “most extreme four-door” ever.

Whereas the standard Rapide S is a masterpiece of refined elegance, this AMR version throws subtlety out the window with its track-focused persona. Bold exterior changes include a new vented carbon-fibre hood, carbon-fibre splitter, wide side sills, rear diffuser, and carbon-edged trunk-lid spoiler. Stick vinyl numbers to the doors and it could join the grid at Le Mans.

The dynamic front design is also distinguished by the addition of a glossy black mesh grille insert and bold circular daytime running lights borrowed from the Vanquish Zagato.

Thankfully, there is considerable substance to compliment this racy style. Under that carbon hood, the Rapide’s 5.9-litre naturally aspirated V-12 gets upgraded to Vantage GT12 spec. That means an additional 28 hp, raising max power to 580 hp. According to Aston, that should deliver zero-to-96 kmh sprinting in 4.2 seconds and a 329kmh top speed. 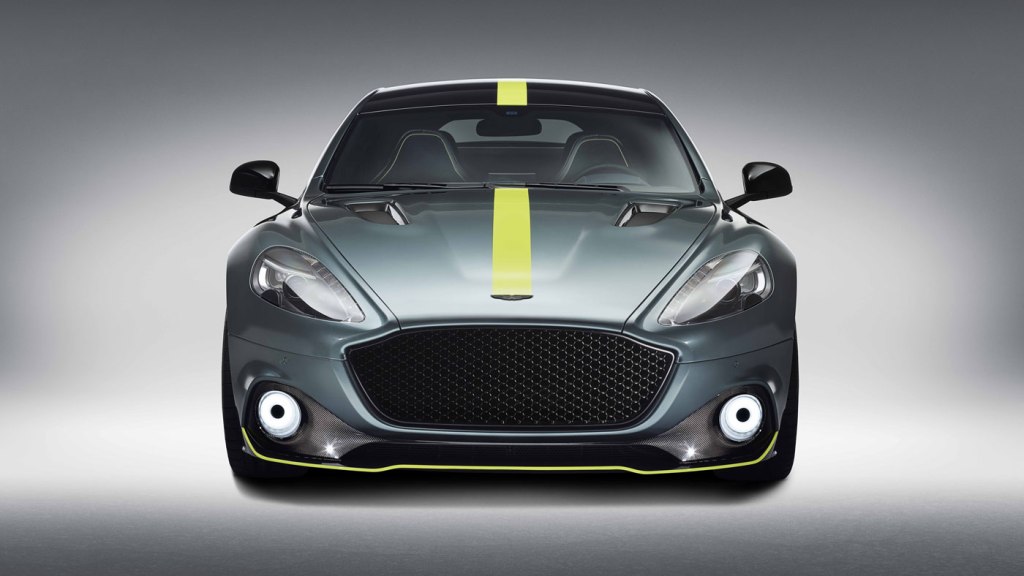 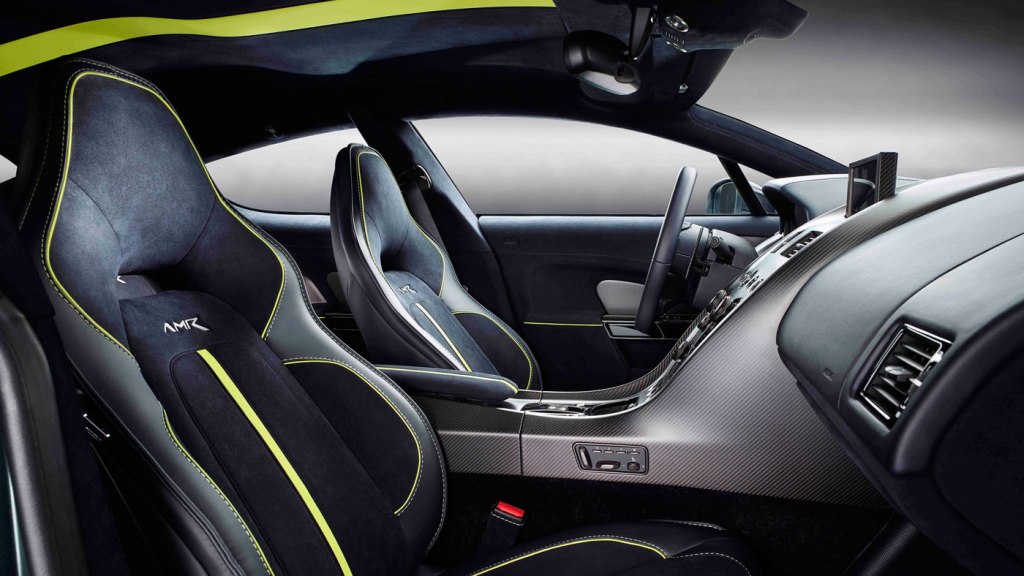 To ensure the Rapide AMR stops as effectively as it goes, it comes with huge new carbon ceramic rotors—a first for the Rapide—clamped by six-piston calipers up front and four at the rear. Another first for the Rapide is the addition of standard 53cm forged alloy wheels at each corner, wrapped in ultra-high-performance Michelin Pilot Super Sport rubber.

The interior also gets a race-inspired treatment, with heavily bolstered sports seats trimmed in leather with grippy microsuede inserts and a new carbon-fibre centre console. Check the option box and you can get the same steering wheel design featured in Aston’s One-77 supercar.

Arguably your biggest decision will be which of the five available colour schemes to pick. Choose from Mariana Blue, Scintilla Silver, Lightning Silver, Onyx Black, or Stirling Green, with a choice of Lime Green, China Grey, or Clubsport White for stripes and accents.

With a starting MSRP of AU$322,000, the Rapide AMR represents a AU$45,000 premium over the Rapide S. Only 210 examples will be built, with deliveries commencing later this year.