The British automaker announced the launch of its new Aston Martin Automotive Galleries and Lairs program.

A truly special car deserves an equally special home. That’s Aston Martin’s thinking at least, as the company will now design and build tailor-made garages for its customers’ vehicles.

The storied British automaker announced the launch of Aston Martin Automotive Galleries and Lairs last week in Pebble Beach. As part of the program, the company will work with customers to build anything from a minimalist garage that seamlessly blends in with their home to a full-blown “retreat” where they can store their entire collection of cars.

According to the company, the new service will be part of Q by Aston Martin, the company’s bespoke division. It will give clients a chance to work with the automaker’s design team as well as renowned architects, who will be hand-selected based on the location and scope of each project. And each “gallery” or “lair,” no matter the size, will be designed to showcase the customer’s car as the focal point. 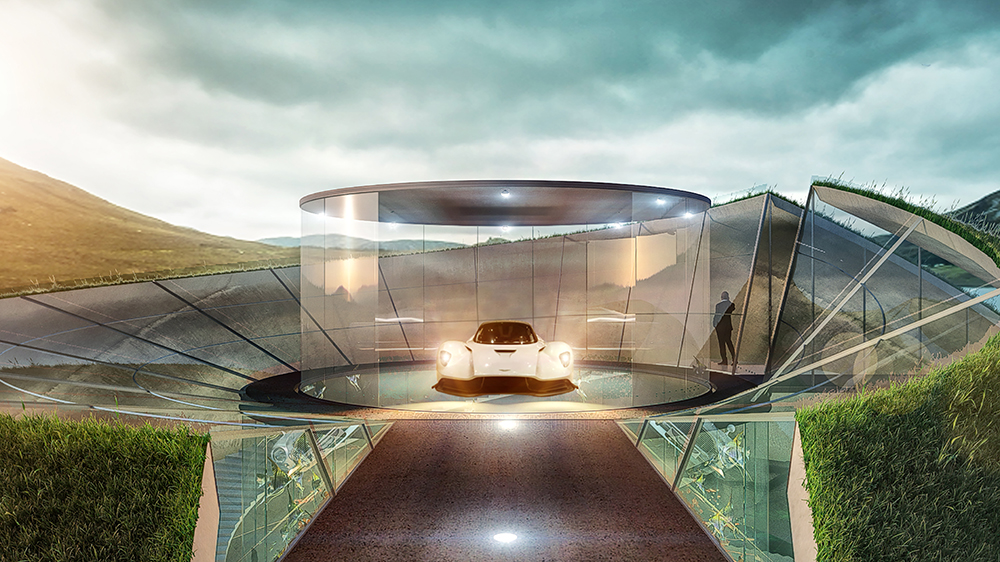 While each space will be designed to the customer’s personal wishes and desired specification, it’s clear that the company wants them to think big. A series of mock-ups show the full spectrum of choices available to clients, from a simple-but-classy garage that looks like a modern art gallery to a much larger space that looks like the secret underwater hideout of a James Bond villain. The program can even extend to an entire home built around a client’s car.

Of course, the Automotive Galleries and Lairs service is just one small part of Aston Martin’s architectural design efforts. Earlier this month, the automaker announced that chief creative officer Marek Reichman and his team had designed the interior of a new 66-floor residential tower in Miami dubbed Aston Martin Residences. The same team has also collaborated on the company’s first global brand center in Tokyo, as well as on the interiors of numerous Aston Martin dealerships around the world.

While no pricing has been announced for the bespoke garage program, expect it to be substantial. After all, this is an automaker whose latest vehicle, the jaw-dropping Valkyrie, starts at US$3.2 million. Check out more mock-ups of Aston Martin’s “galleries” and “lairs” below: 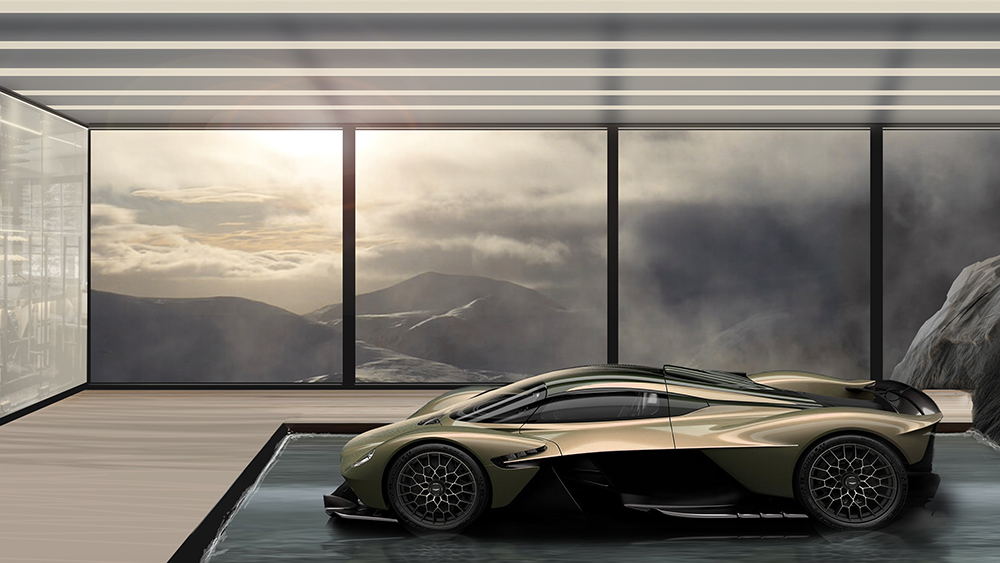 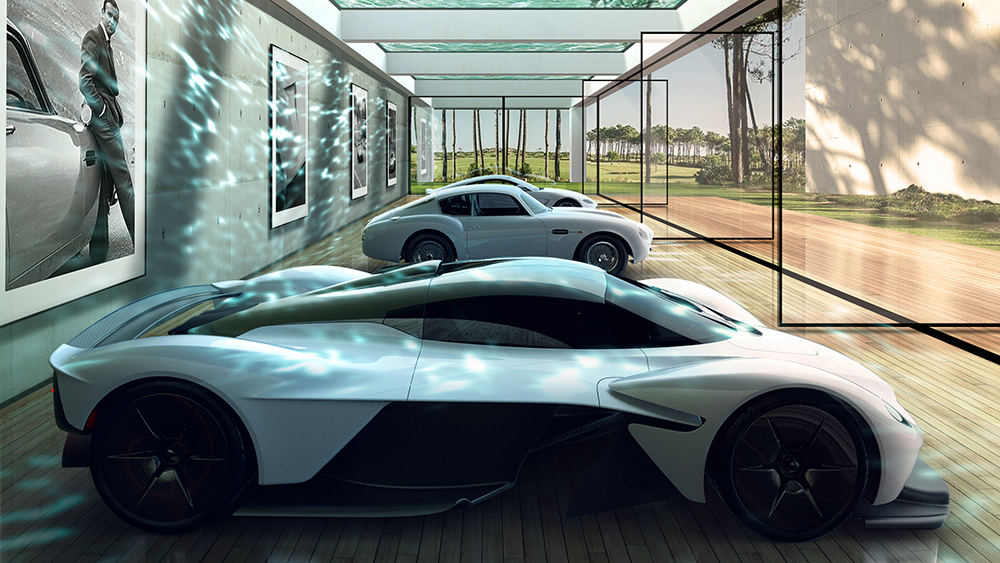 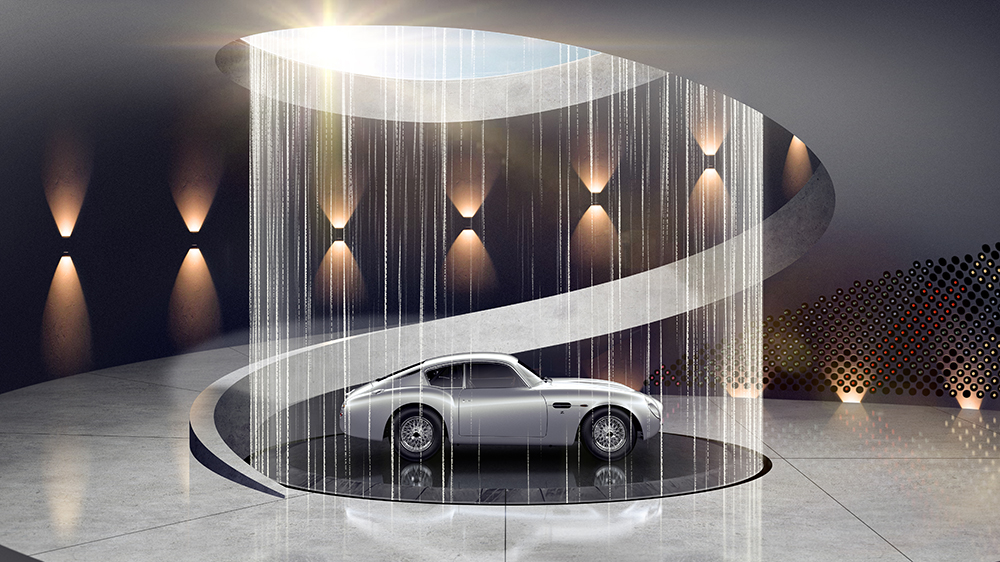 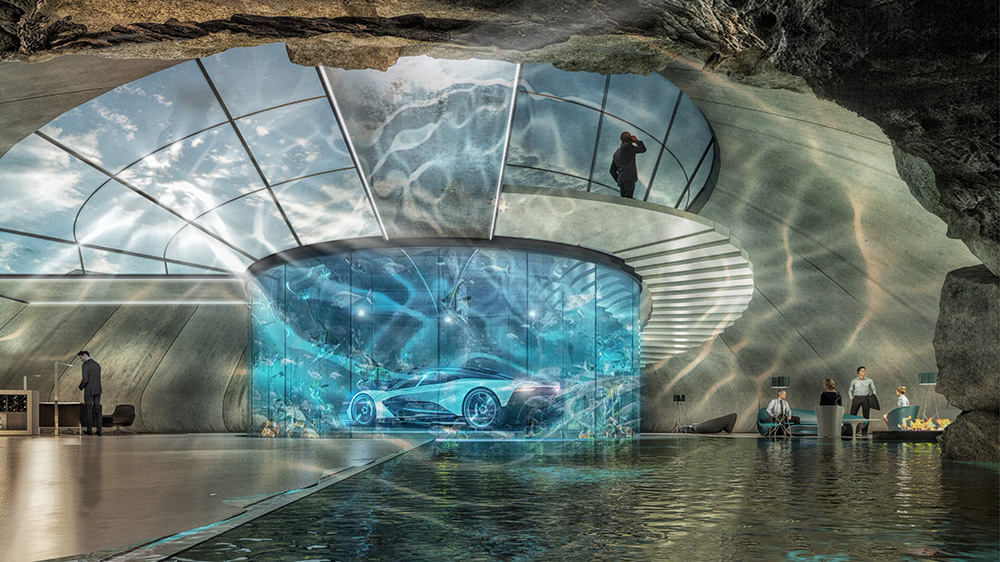