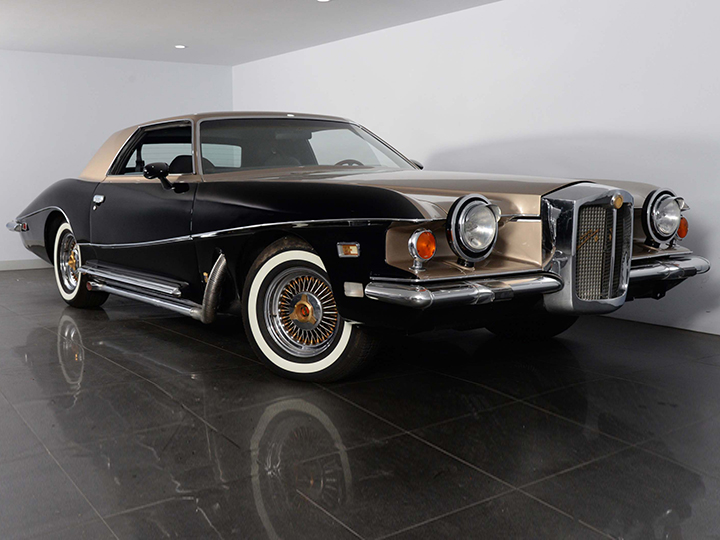 A rare chance to roll like the Rat Pack

The 1972 Stutz Blackhawk was specifically built for Sammy Davis Jnr, including black leather and gold-plated interior.

A rare chance to roll like the legendary group of American entertainers known as the ‘Rat Pack’ has arisen in the guise of a Stutz Blackhawk Coupe once owned by singer Sammy Davis Jr.

Now for sale from car dealer Sydney City Prestige with 88,000 miles (141,600km) on the clock, the 1972 Blackhawk was specifically built for Davis Jnr, including black leather and gold-plated interior. The black-and-gold exterior paintwork was applied in 18 to 22 handrubbed lacquer coats over a six-week period, and the total production time was more than 1500 hours. Measuring more than 19 feet long, the extra-heavy guage steel body was hand-made in Italy and fitted with the running gear from a Pontiac Grand Prix – a 7.5-litre (455 cubic inches) V8 engine tuned to produce 317kW and 570Nm with a GM TH400 three-speed auto. Impressively for a 2.3-tonne car of its era, the Blackhawk would accelerate to 100km/h in 8.3 seconds and top out at 210km/h. Fuel use was rather less impressive at eight miles per gallon (30 litres per 100km). The Stutz Blackhawk Coupe is at Sydney City Prestige.