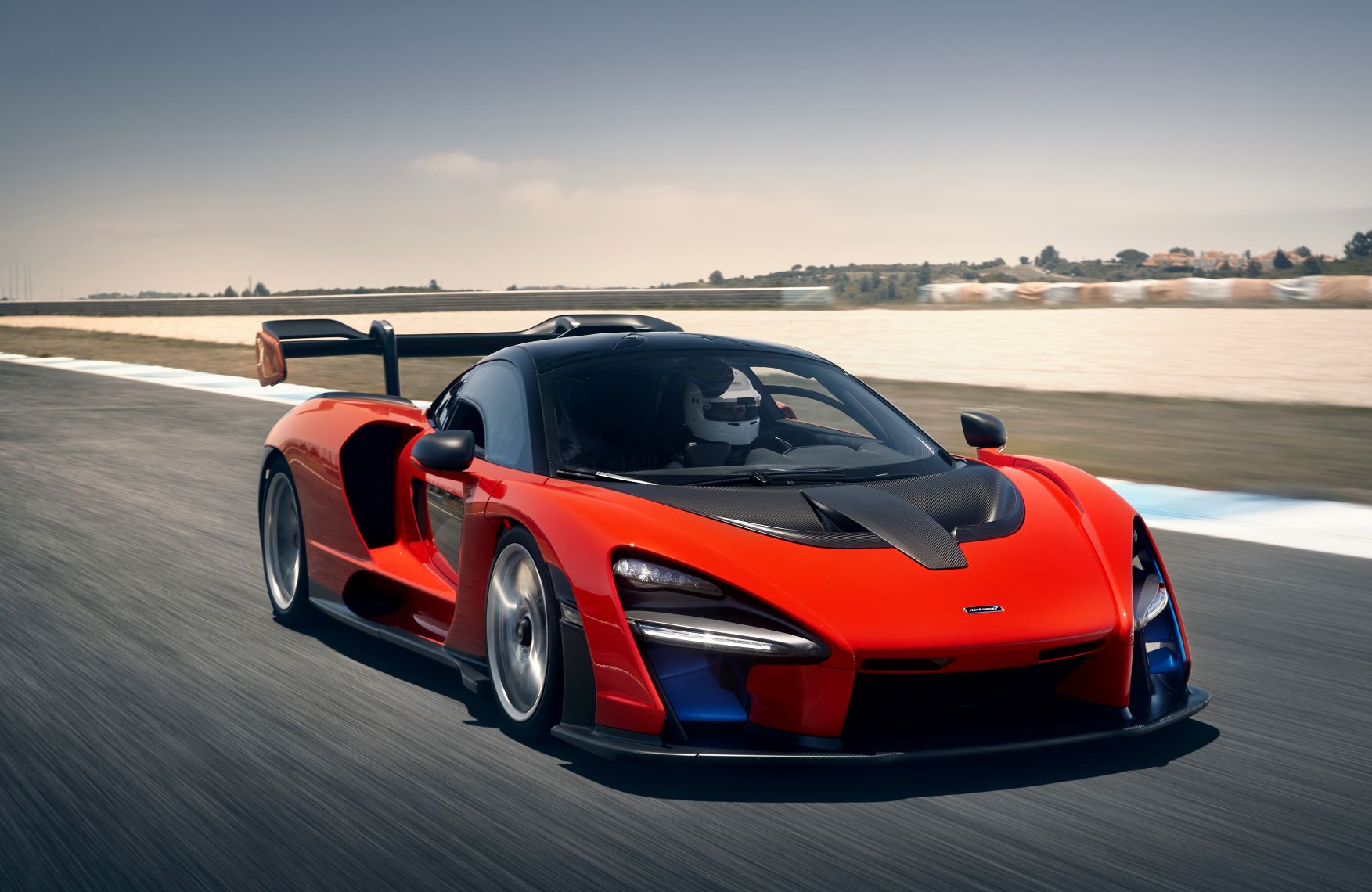 A circuit experience in the McLaren Senna, part II

The second instalment of our two-part, tarmac-shredding experience in the ultimate road-legal track car.

The McLaren Senna is definitely a car to be built up to. Even supercar veterans will need to take some time to get used to the difference that the huge downforce makes to corner speeds and braking points. It’s not scary, even in the slower corners, where there is much less of the traction-boosting Hand-of-God effect from the aerodynamics squashing it into the ground.

There’s still huge grip, and I find it possible to get on the throttle amazingly early given the engine’s huge output reaching the tarmac exclusively through the rear wheels. It does start to slide as the limit approaches, especially in its ultra-aggressive Race mode, but the stability control system will still intervene before things get out of hand: there’s no sense of snappiness or scariness.

Downforce is the alchemical force that makes the Senna truly special, and which adds hugely to the speeds it can carry through the faster parts of the circuit. This point is driven home when I realise that I’ve been attempting several corners using the same gear as in the 720S, and which is suddenly too low because of how much quicker the senior car is travelling. 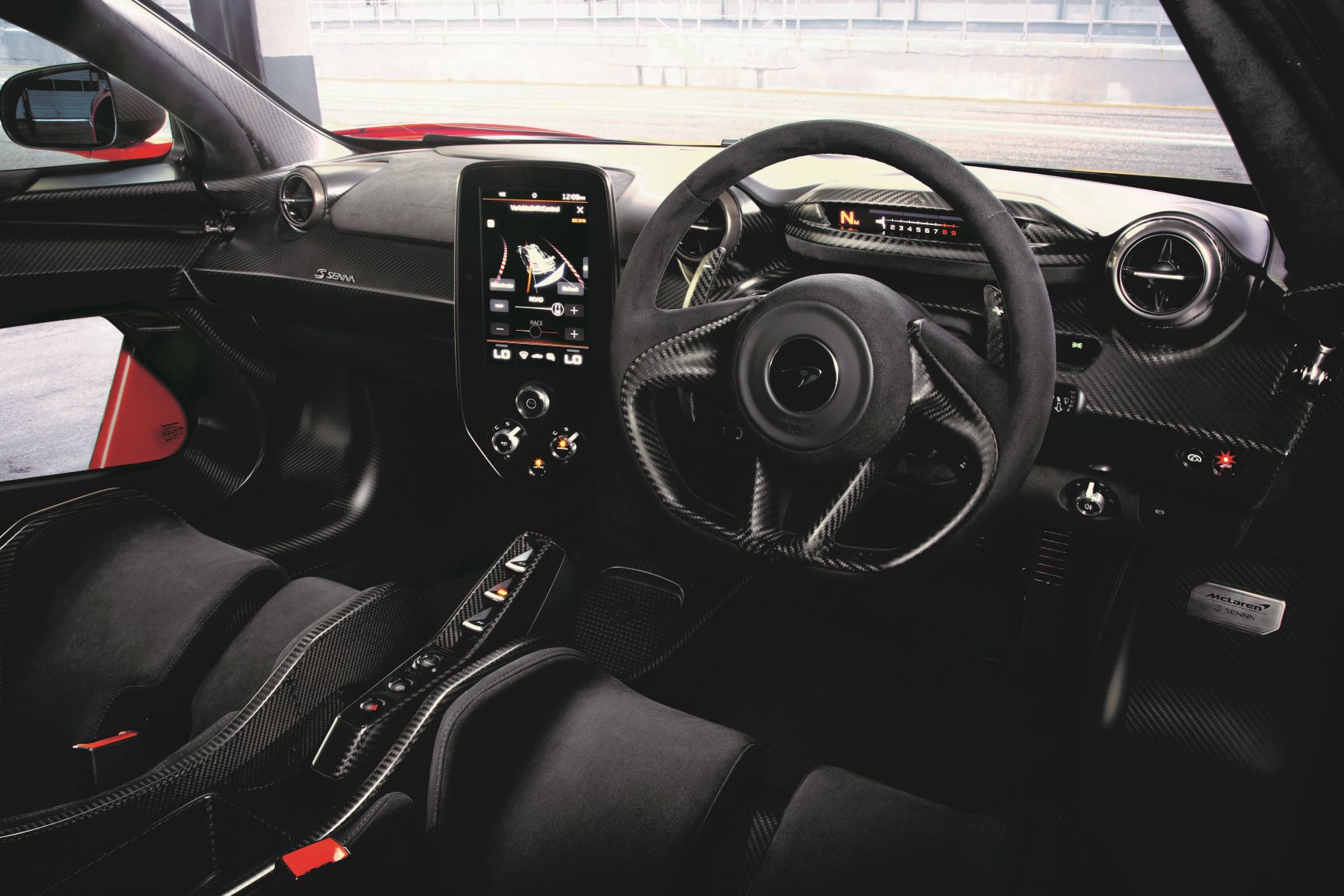 I’ve driven cars with significant aerodynamic-derived grip before, yet the Senna feels different to any of them. It’s devoid of the sensation of the car getting heavier and response gaining a treacly edge as speed adds assistance. The steering doesn’t require any more muscle to operate at 250km/h than it does at 100km/h – it’s as deft and accurate at each speed – and nor does the firm ride grow noticeably stiffer. There’s just huge grip, all the time.

Yet neither is the Senna just about cornering speeds. Performance is huge, the forces pushing you back into the firm embrace of the seat under full acceleration barely diminishing as the speedometer relays increasingly unlikely numbers. The Senna can be approaching 300km/h at the end of Estoril’s main straight, and still, braking for the tight Turn 1 can be left until after the car has passed the 200-metre countdown board and it will still handle the corner with room to spare.

The brake pedal is very firm – it takes serious pressure to deliver the level of retardation the car is capable of – but the feel through it is superb. The twin-clutch gearbox is similarly well resolved, shifting close to instantaneously in response to the carbon-fibre steering wheel paddles. 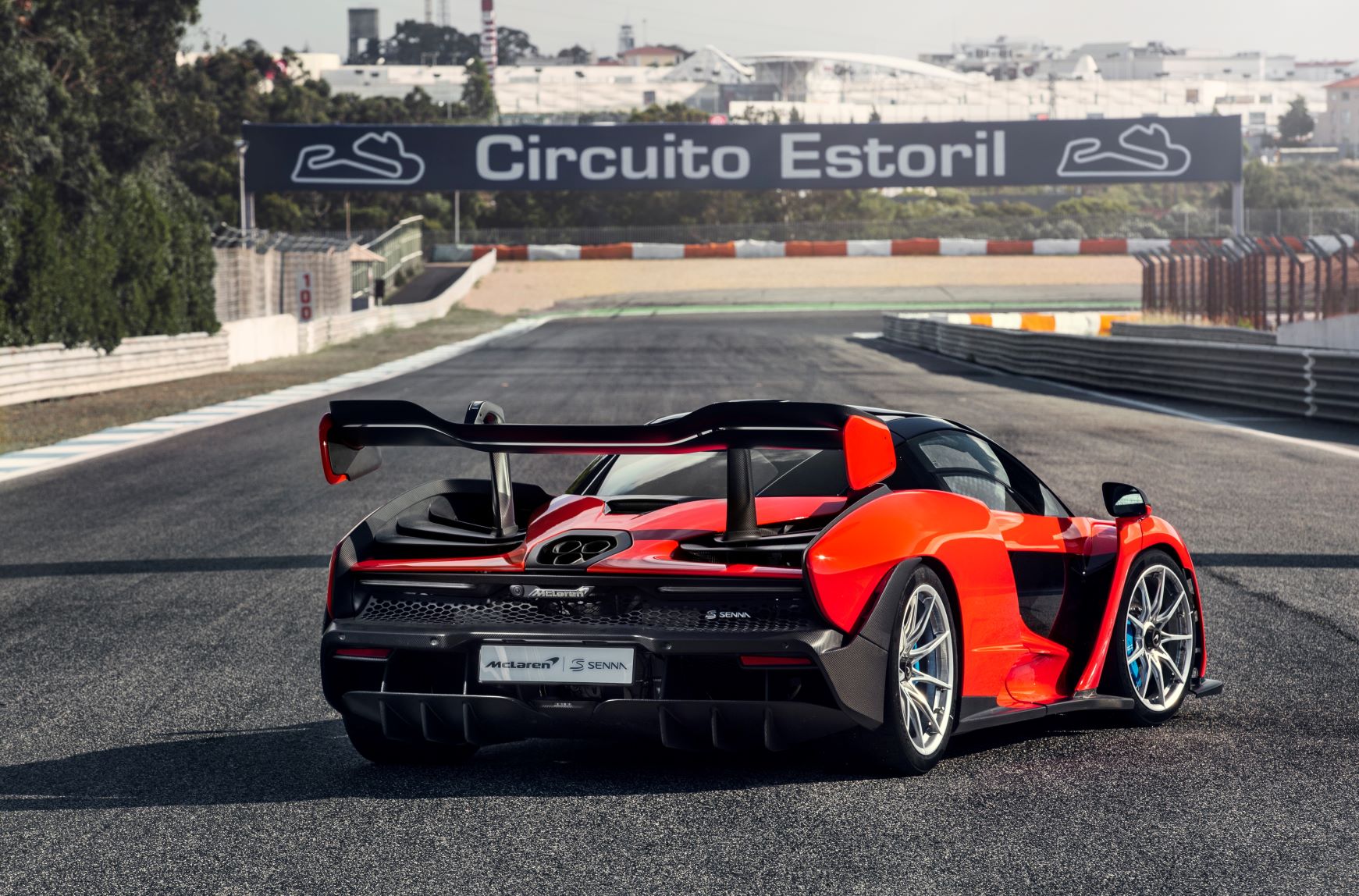 And what about Turn Five? It’s more of a challenge than the rest of the circuit, the speeds involved making it feel impossible not to ease the throttle while turning the wheel. But on the very last of my allotted dozen laps I manage to keep my foot flat against the floor as it grows bigger in the windscreen, staying flat all the way through. The Senna takes the kink with a complete absence of drama. By contrast, I’ve almost sweated through my flameproof race suit.

The Senna is an amazing car, but also a serious workout. The extra physical strain of operating a car capable of producing so much g-force in so many different planes soon adds up. If owners aren’t in prime shape when they take possession, they will be considerably fitter at the end of a few trackdays.

Driving a car on a track would, normally, result in a hedged, partial judgement. But that’s not really the case with the Senna, with the company admitting that it has been designed pretty much entirely for circuit use. That has led to some serious compromises on everyday usability, not least with luggage space that is limited to a helmet-sized aperture behind the front seats. 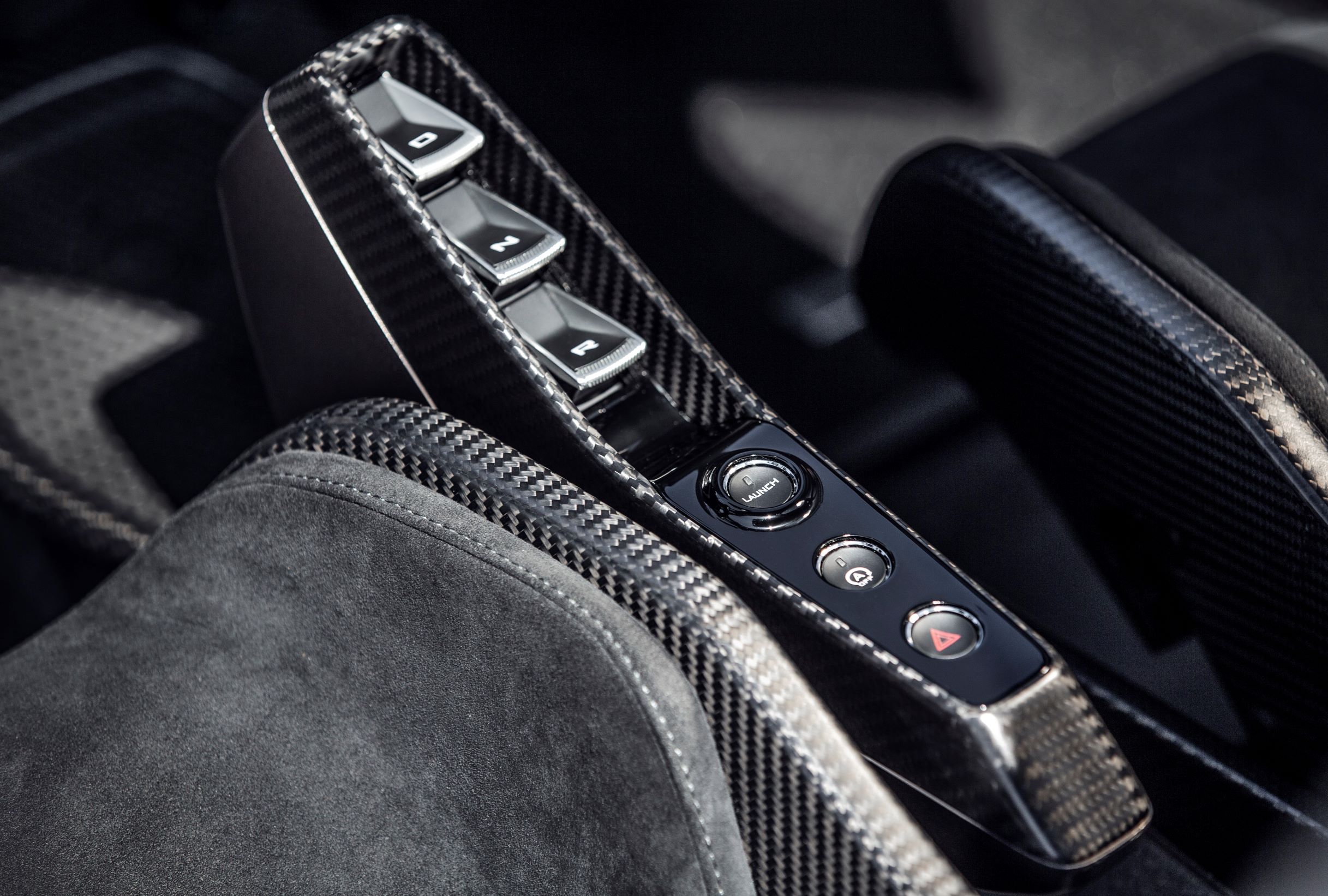 To be critical, it doesn’t sound particularly pleasing either, loud rather than melodious. Buyers will undoubtedly use their Sennas for road trips and enjoy every moment of them, but that will be in willing acknowledgement of the car’s limitations.

McLaren has already announced another Ultimate Series car for those seeking a more road-biased offering – the three-seat Speedtail. But the fact the entire production of 500 Sennas has been sold out before the first car left the factory is proof McLaren has hit upon a winning formula.

How long will it sit at the top of the performance car mountain? That’s a fascinating question, not least as the forthcoming Aston Martin Valkyrie is aimed at some very similar targets, as is the now Brabham BT62, which is now potentially road-legal. McLaren is also set to build the even more extreme track-only Senna GTR for those who don’t need any road ability.

Then there’s Mercedes’s Project One which, to judge from the initial images, will lack the aggressive aerodynamics of the Senna, but which will offer buyers the chance to own a car with what is pretty much a Formula 1 powerplant in the back. These are great days for those with the desire and wherewithal to buy a hypercar.