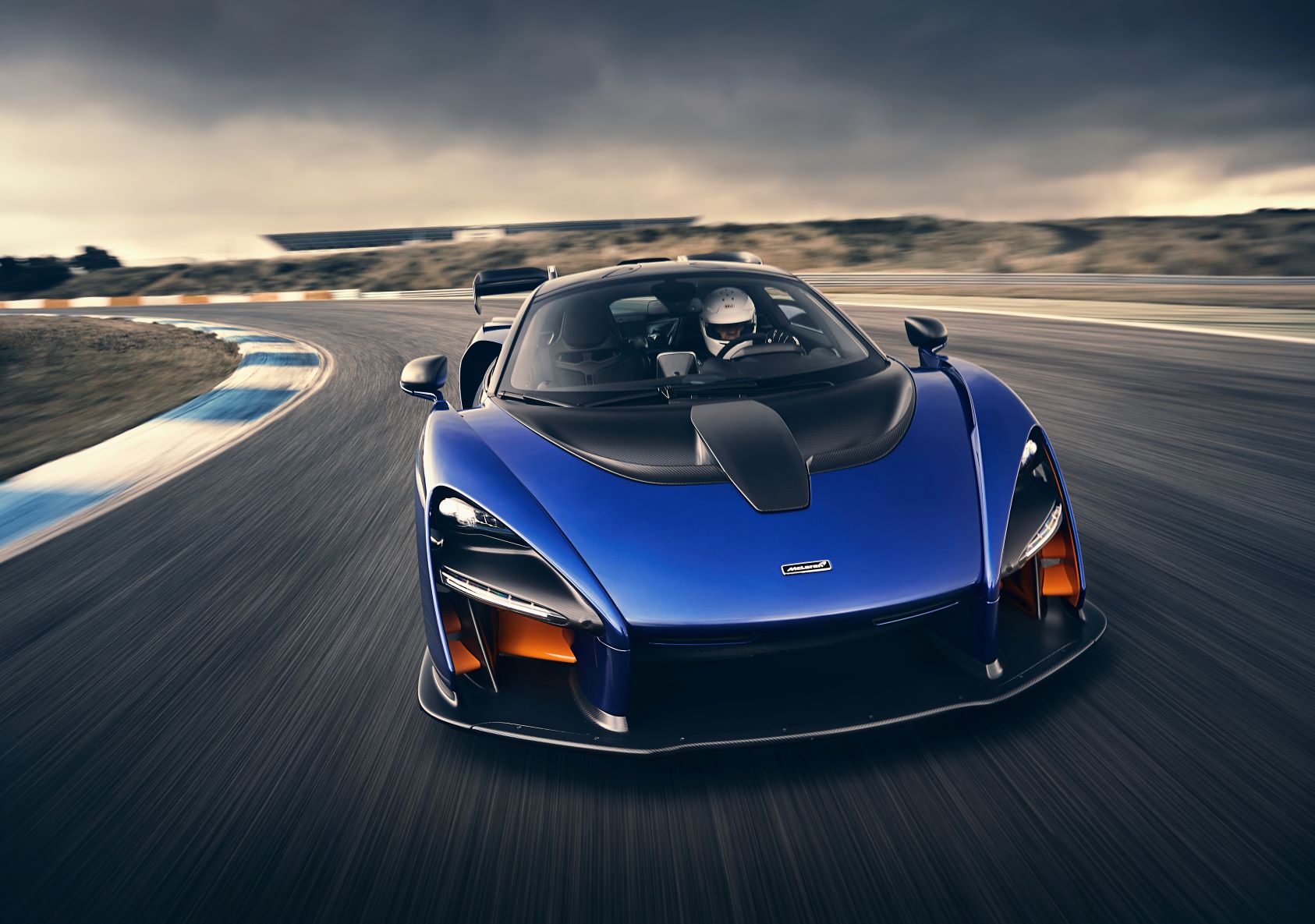 A circuit experience in the McLaren Senna, part I

On the Estoril Circuit in Portugal, where Ayrton Senna clinched his first ever Formula 1 victory, we experience downforce and *g*-force in equal measure.

Writing about cars for a living means regularly being asked to nominate superlatives. And although there is some interest in categories such as ‘most comfortable’ or ‘best for transporting awkward sized loads’, the most common has always been: ‘Which is the fastest?’

Meet my new answer: the McLaren Senna. I don’t know whether it would get close to the Koenigsegg One:1 that previously topped my personal list of hypercar experiences in a straight line, but on a race circuit (the only place I got to drive it), the Senna was supreme. It’s not a race car wearing number plates – there are no plans for a motorsport version – but that doesn’t stop it from being considerably quicker than many serious competition machines.

To name a car after the most famous racing driver of all time takes a huge level of confidence, yet it’s an association that the Senna proves entirely worthy of. 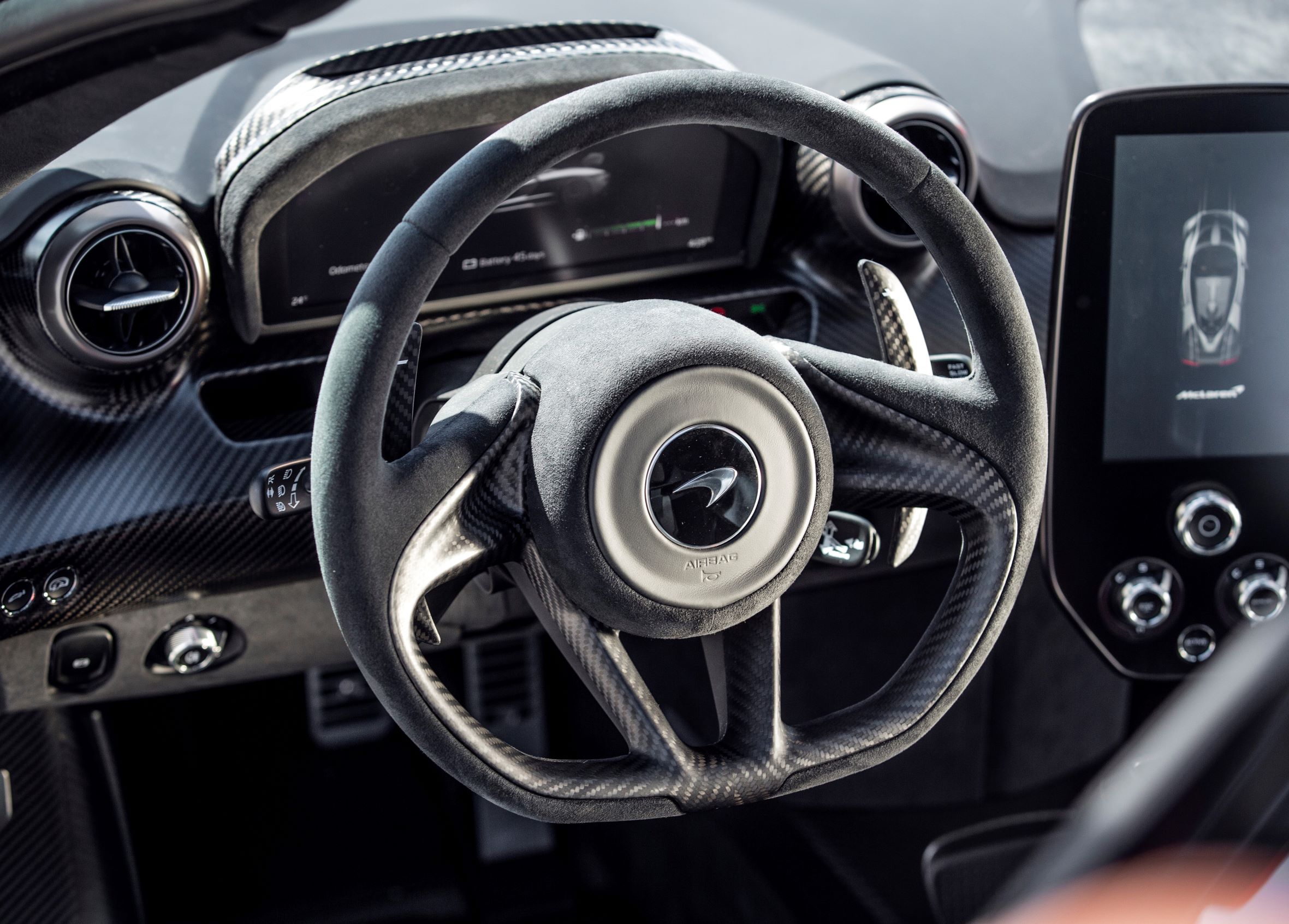 Unlike McLaren’s previous ‘Ultimate Series’ car, the P1, the Senna doesn’t have a hybrid powertrain. Indeed, it shares most of its core architecture with the company’s less exotic offerings, yet is still born from a highly mutated form of the brand’s core DNA – it’s aimed at those who want a track-focused machine with just enough road legality to allow it to be driven to and from racetracks.

At its heart is a development of the carbon-fibre structure of the 720S, along with a turned-up version of that car’s almighty 4.0-litre twin-turbocharged V8, now delivering a peak of 596kW.

More effort has been expended on the other side of the power-to-weight ratio, with an aggressive diet which has pared the Senna’s mass back to just 1198kg in its lightest configuration and which has involved the use of materials even lighter than standard carbon-fibre, plus a stripping-out of anything that might be regarded as a luxury or frippery. There are no carpets, almost no soundproofing and the seats use padding applied directly to a carbon frame.

For owners determined to shed every surplus gram it is even possible to order a car without air conditioning, although the company admits that just two of the 200 cars which have already been specified have involved that stipulation. 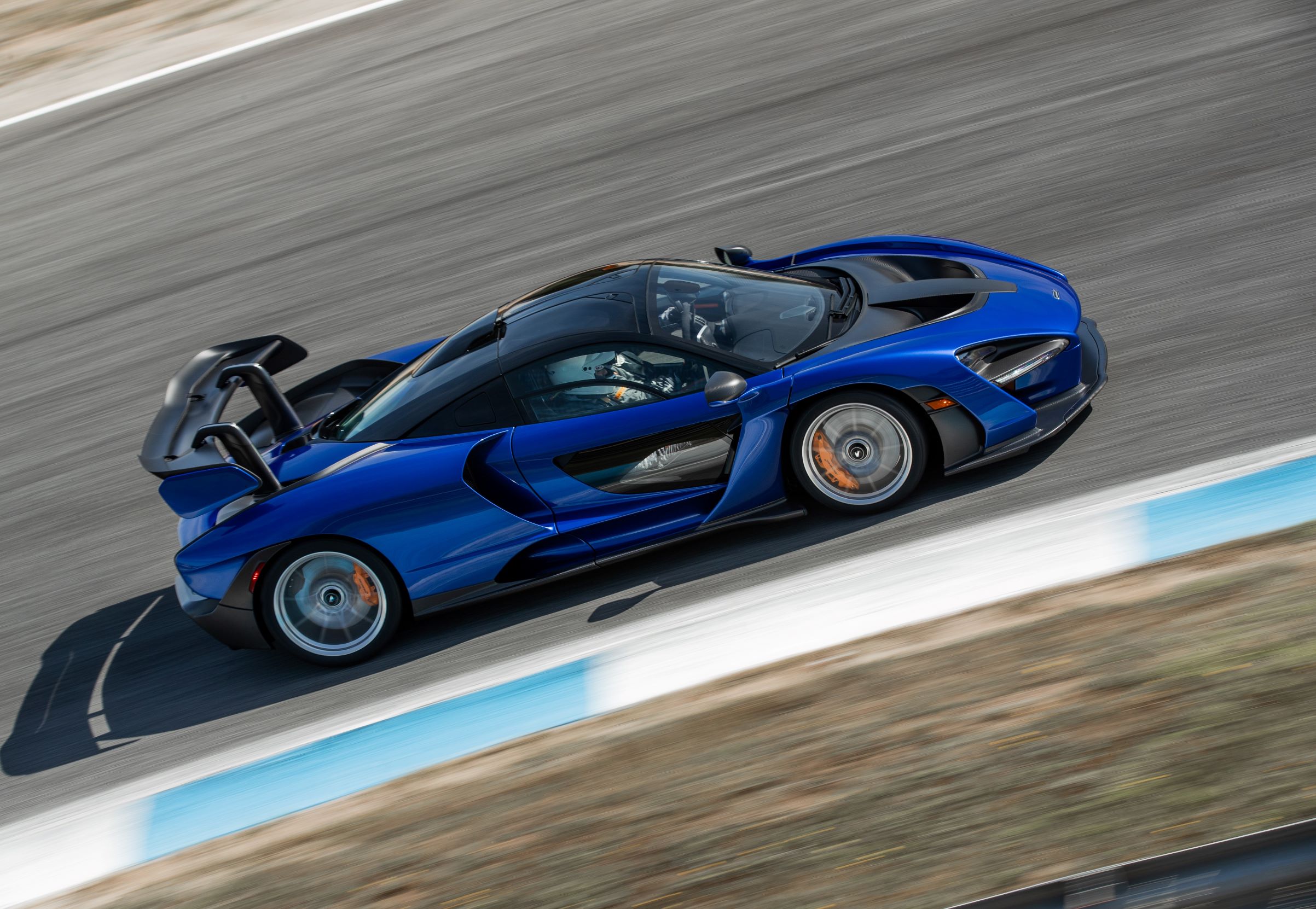 While it might sound crazy, the deadliest of the Senna’s killer statistics isn’t power, weight or even the potency of its acceleration (the company claims that 200km/h will arrive just 6.8 seconds after a full bore start) but rather downforce. The Senna might not be the most elegant looking hypercar, but its aggressively sculpted form follows a functional requirement: to extract the maximum possible amount of assistance from passing airflow. That vast rear wing produces up to 500kg of downforce by itself, with the other aero elements and the huge motorsport-style underbody diffuser adding another 300kg. So at the 250km/h point, where peak downforce arrives, the car is being pushed into the ground by a force two-thirds greater than the one delivered by gravity alone. Short of buying a race car, there’s no other way to currently experience numbers like those.

To make acquaintance with the Senna in its natural environment, McLaren took Robb Report to the Estoril Circuit in Portugal. It’s a suitably demanding track, and is also the site of Ayrton Senna’s first ever Formula 1 victory. My total time in the car would be limited to 12 laps, split into two stints and without any element of road driving. Yet it was enough to prove that the Senna is a genuine reset point: the supreme hypercar experience of the moment. 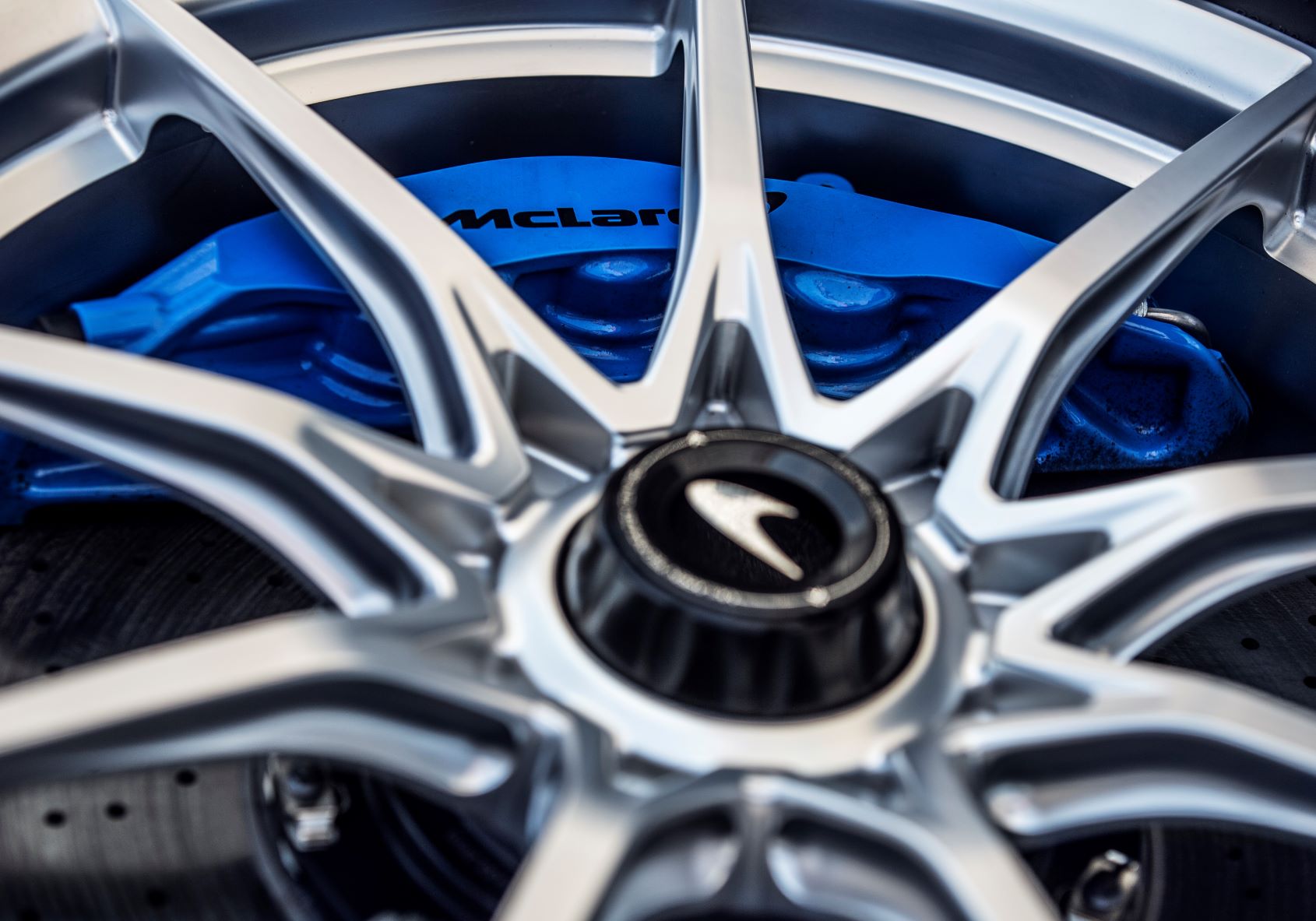 Before experiencing the car, I’m sent out to familiarise myself with the track in a 720S. McLaren’s confidence – not to mention its corporate sense of humour – is demonstrated by the fact that an enormously potent supercar has been turned into training wheels. Estoril has two long straights, some very tight and technical sections but also the truly spectacular Turn Five, a very fast right-hander which my instructor assures me the Senna will be able to take flat-out.

Before even getting into the minimalist cabin, there are plenty of hints at the speeds and loads I’m going to experience. Firstly, I’m helped into a full motorsport grade HANS device in addition to the fireproof overalls I wore in the 720S. The engine starts with a button mounted on the ceiling, and even through the sound-deadening insulation of the full face helmet, it sounds louder and angrier than the 720S did.

Rumbling down the pitlane the Senna feels taut and keen to turn; I’ve been told to build speed gradually to bring the tyres up to temperature, but I drive half a lap at a speed that would have felt daring in the 720S and the Senna is still rubbing sleep from its eyes …

To Be Continued Tomorrow