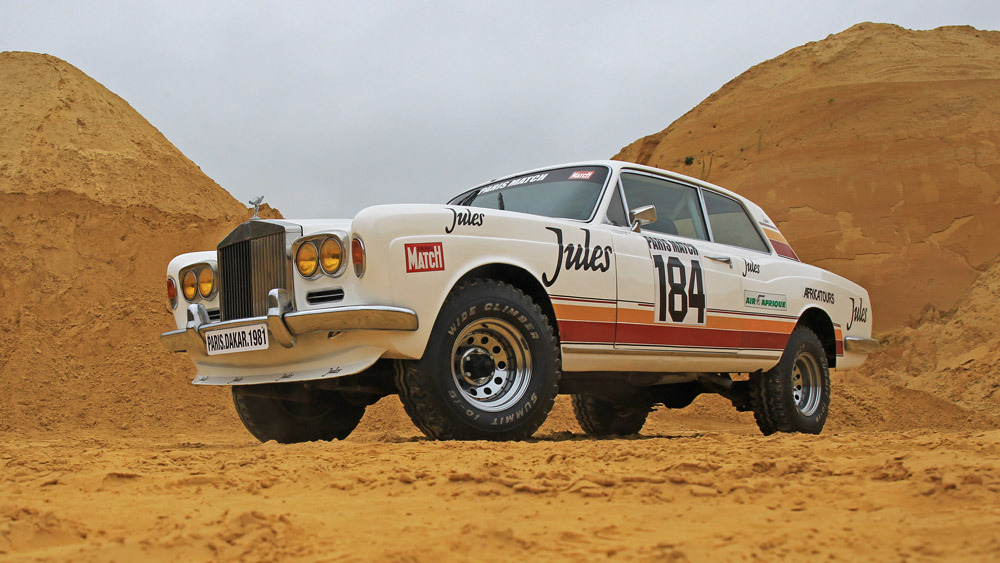 The Seventies-era Corniche that competed in the 1981 edition of the desert endurance event takes another turn in the sand.

If only the Spirit of Ecstasy could talk. One minute she was mounted atop the famous Rolls-Royce grille serenely wafted by the warm winds on French roads. Next, she is clinging on for dear life, being shot-blasted by Saharan sand as her owner lives out the dream to enter the Paris-Dakar Rally.

The new Cullinan might be the first official 4×4 from the house of Rolls-Royce, but at the launch event for the SUV they proudly showed pictures of Lawrence of Arabia and Indian Maharajahs off-roading. Reportedly, they also showed images of a 1970’s Corniche, covered in 1981 Paris-Dakar Rally stickers and riding on monster sand tires. 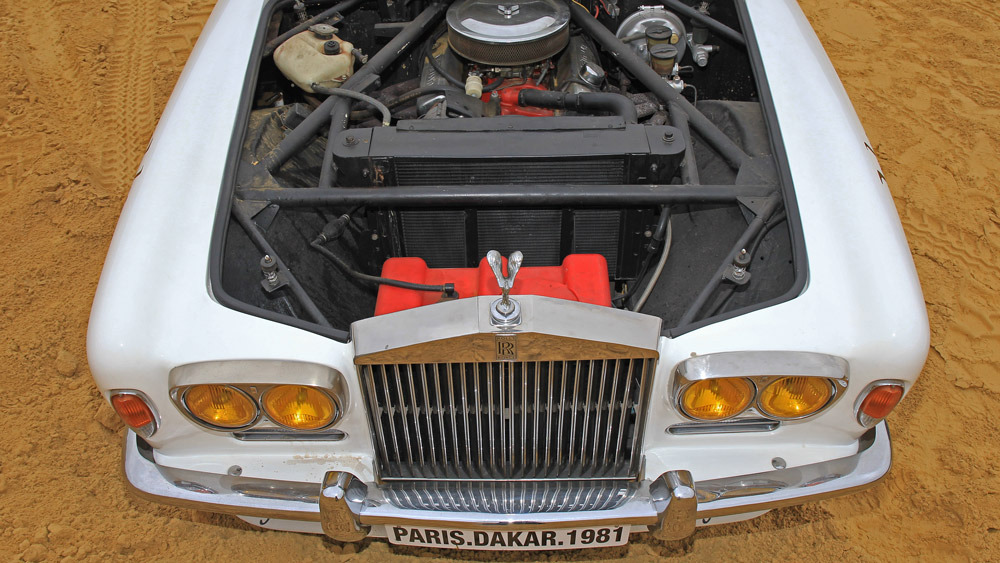 Technically, the Dakar Corniche is not really a Rolls-Royce. The original silky-smooth 6.75-liter engine was swapped for a 260kW Chevy V-8. To save weight and bolster strength, the chassis and transmission were replaced by that from a Toyota HJ45, and large amounts of the body were recast in fibreglass. Many original parts were scrapped. And not with much love lost, it seems.

“It was the car of Jean-Christophe (Pelletier), my co-pilot. And because the car was often (breaking down), we decided to put it in the desert,” recalls the car’s driver, suave Frenchman Thierry de Montcorgé. 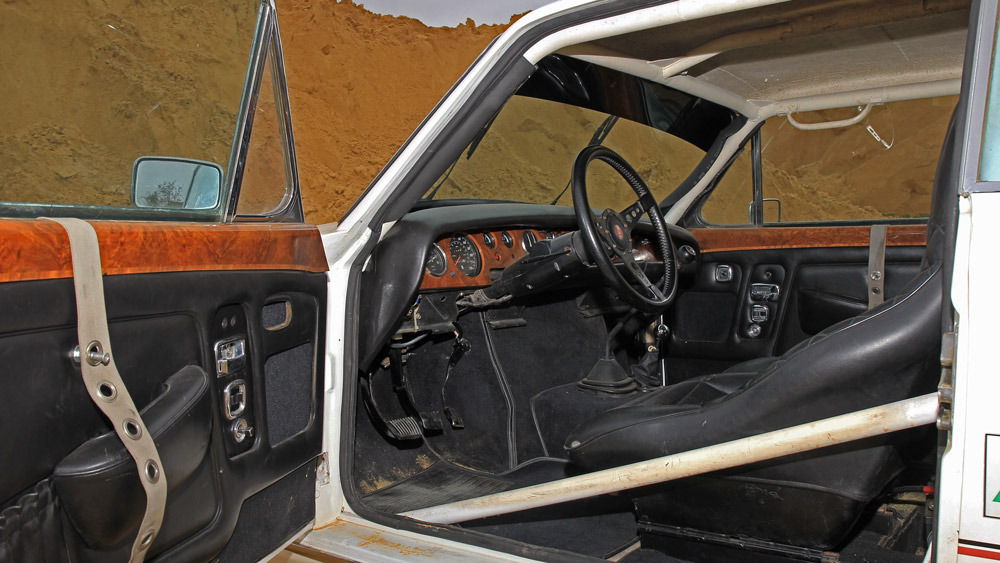 In 1981, the Dakar had only been running for two years. It started as a fun post-Christmas jaunt to Senegal. But, by 1981, Range Rover entered a works team and top drivers like Le Mans ace Jacky Ickx were on the entry list.

Despite securing the biggest sponsorship deal in the rally’s short history (from Christian Dior’s aftershave Jules), the Rolls was seen as comedic at best. But midway through the race they were 13th, and the view of the car had changed completely. 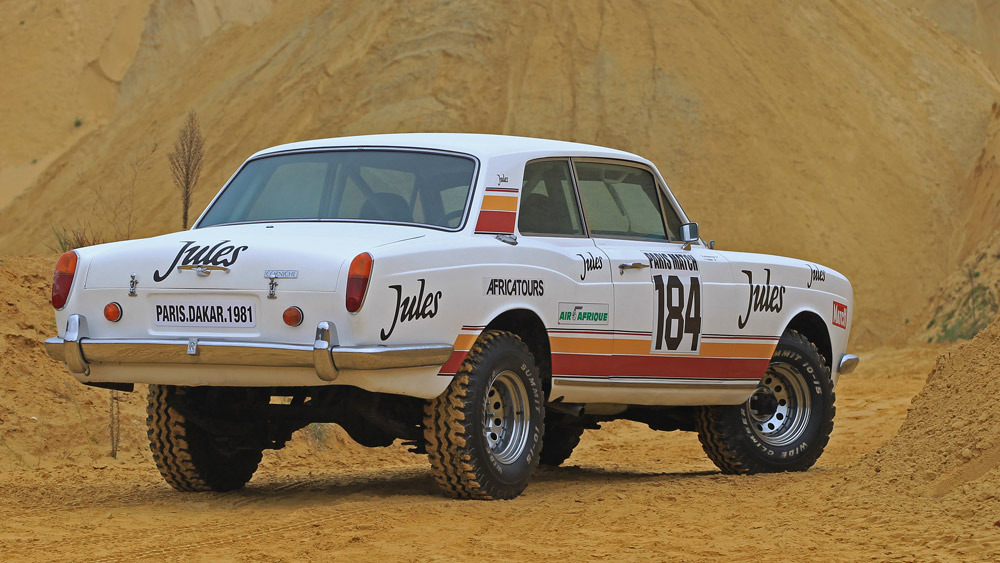 De Montcorgé has invited me to a sandpit just outside Paris to drive the Corniche. He designed it to be strong and comfortable and have huge grunt. With up to 800 kilometres a day to endure, little else mattered. One stage, en route to the near-mythical oasis of Timbuktu, stands out in de Montcorgé’s mind as where the Rolls was at its best. “It was a big desert south of Algeria. In my memory, the sand was very white and it was so smooth and the car was running perfectly. I keep this image in my head.”

I pull the original Corniche door shut with a very un-Rolls-Royce-like clunk, and ignite the V8, which is connected to a pair of exhaust pipes emanating from beneath the doors. Ballet shoes would be better than work boots to operate the pedals, which sit uncomfortably close to each other. Given that the brakes are next to useless and second gear seems to suit most eventualities, I stick with only the one important pedal. 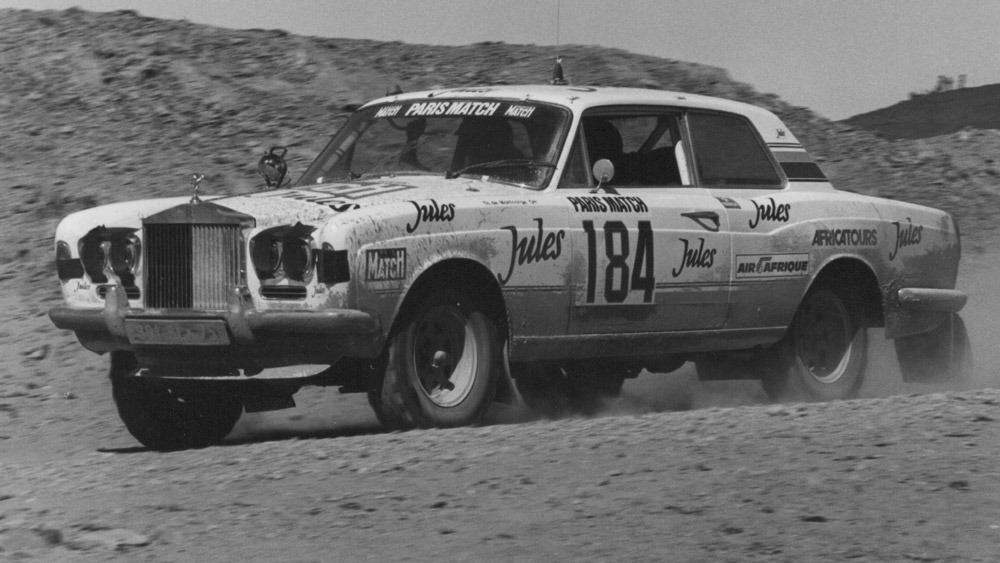 The course we have is a 800-metre lap up and over a pile of sand. It’s hard to walk on but the massive tires chomp into the silica and propulsion is never in doubt. De Montcorgé had told me of a day when the Rolls charged up and over 30-metre dunes that entrapped most other cars. The Corniche never got stuck. I can imagine why not.

Despite having had its pure English DNA compromised, the Corniche’s steering is still finger-tip light, the ride is supple, and it has “sufficient” power—as Rolls like to say when questioned. I rarely get above 65km/h but can imagine floating over the Sahara at over 160km/h, the sloshing of fuel, Champagne, and Pomerol (for evening soirees) an accompaniment.

If only for a collision with a tree and vital time subsequently lost, the Rolls could have finished high on the Dakar leaderboard. Instead, it was allowed to finish unclassified—possibly because Christian Dior had provided enough champagne in Dakar for the whole event.