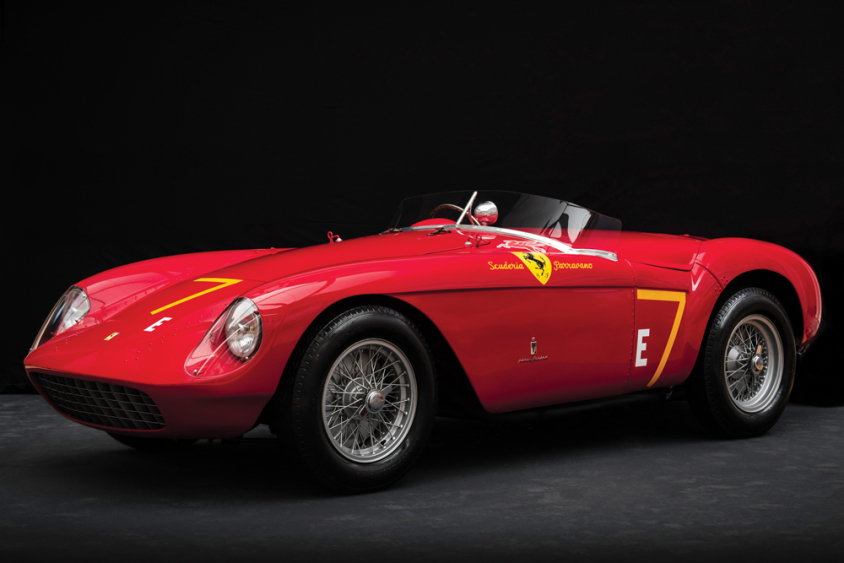 Although the final figures were down from recent years, The RM Sotheby’s event presented some quintessential cars on the block.

Even though a few high-profile cars on the docket this year inexplicably failed to reach their reserves—including a 2012 Aston Martin V12 with Zagato bodywork, a 2009 Mercedes-Benz SLR McLaren Stirling Moss, and a 2015 McLaren P1—the 2019 edition of the RM Sotheby’s Italian auction still made some headlines. 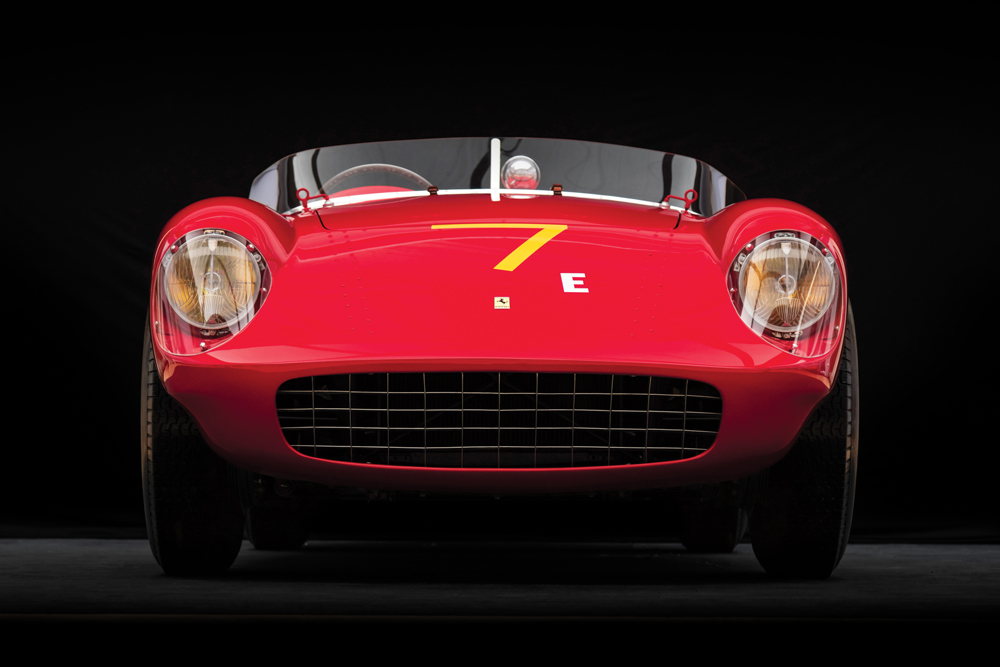 The top two sales of the night belonged to a 1954 Ferrari 500 Mondial Spider by Pinin Farina and a 1957 Porsche 550A Spyder by Wendler, two classic, mid-20th-century racecars that sold for about $4.2 (or AU$6) million and $3.8 (AU$5.4) million, respectively. “We have once again demonstrated that the best 1950s sports racing cars with strong provenance remain the most highly prized collector cars in this hobby-driven market,” declared Augustin Sabatié-Garat, an RM Sotheby’s car specialist and the auction’s manager.

Predictably, the matching-numbers Ferrari—the 12th example of only a baker’s dozen that were built—achieved the auction’s top price. The car, which retains its original engine, gearbox, and bodywork, is certified by Ferrari Classiche and was first raced by Scuderia Parravano, a California racing team that often employed some of the country’s best drivers, such as Carroll Shelby, Phil Hill, and Dan Gurney. The car appropriately seduced prospective owners with its well-documented ownership history (only three long-term owners over the past 60 years) and its eligibility for revered collector-car events, like the Mille Miglia. 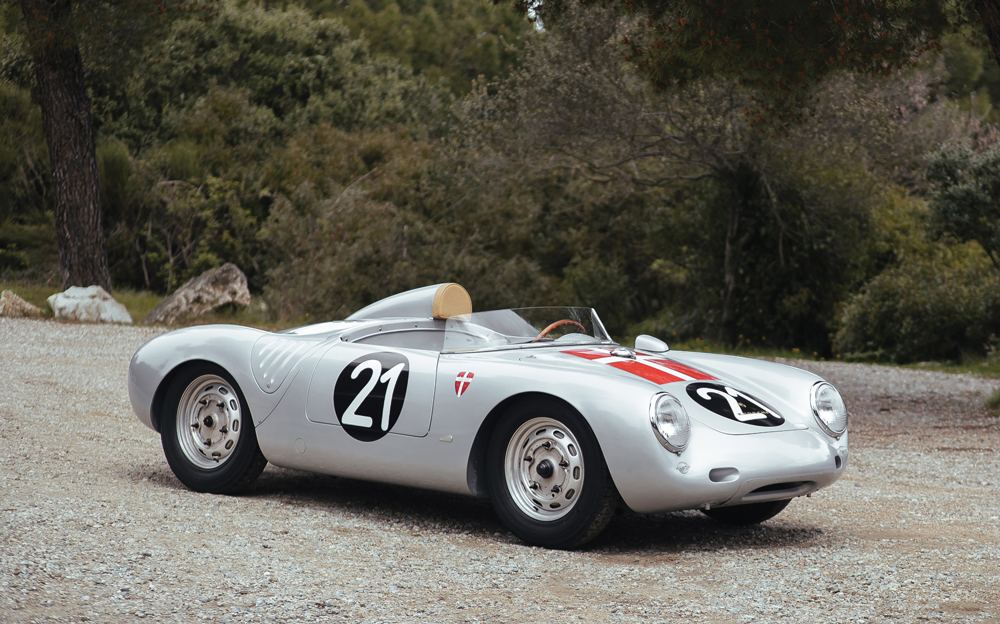 The 1957 Porsche 550A Spyder (bodied by Wendler) that was sold through RM Sotheby’s.
Photo: Courtesy of RM Sotheby’s.

The Wendler-bodied Porsche, like the aforementioned Ferrari, boasts an extensively documented history and eligibility for the world’s most prestigious motoring events. As the 15th example of only 40 550A Spyders built, this particular example benefited from a 100-point, body-off restoration in 2016—which required four years to complete—and has logged fewer than 110 kilometres of road time since that work was finished. According to Porsche engineer and factory driver Jürgen Barth, the car is “perfect in its original form, and all technical aspects are like it was in 1957.” 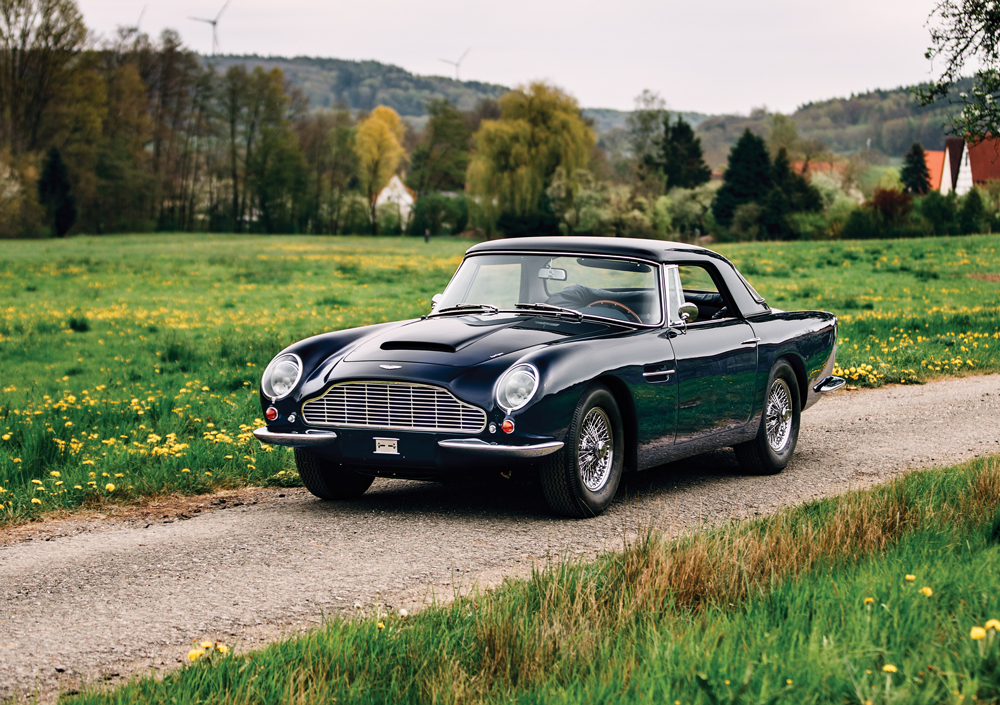 The two vehicles touted wonderfully restored originality. The Bugatti is one of only two remaining examples that retains its original Jean Bugatti-designed factory coachwork, while the British-made Volante stood out thanks to its matching-numbers componentry and its rare hardtop configuration. 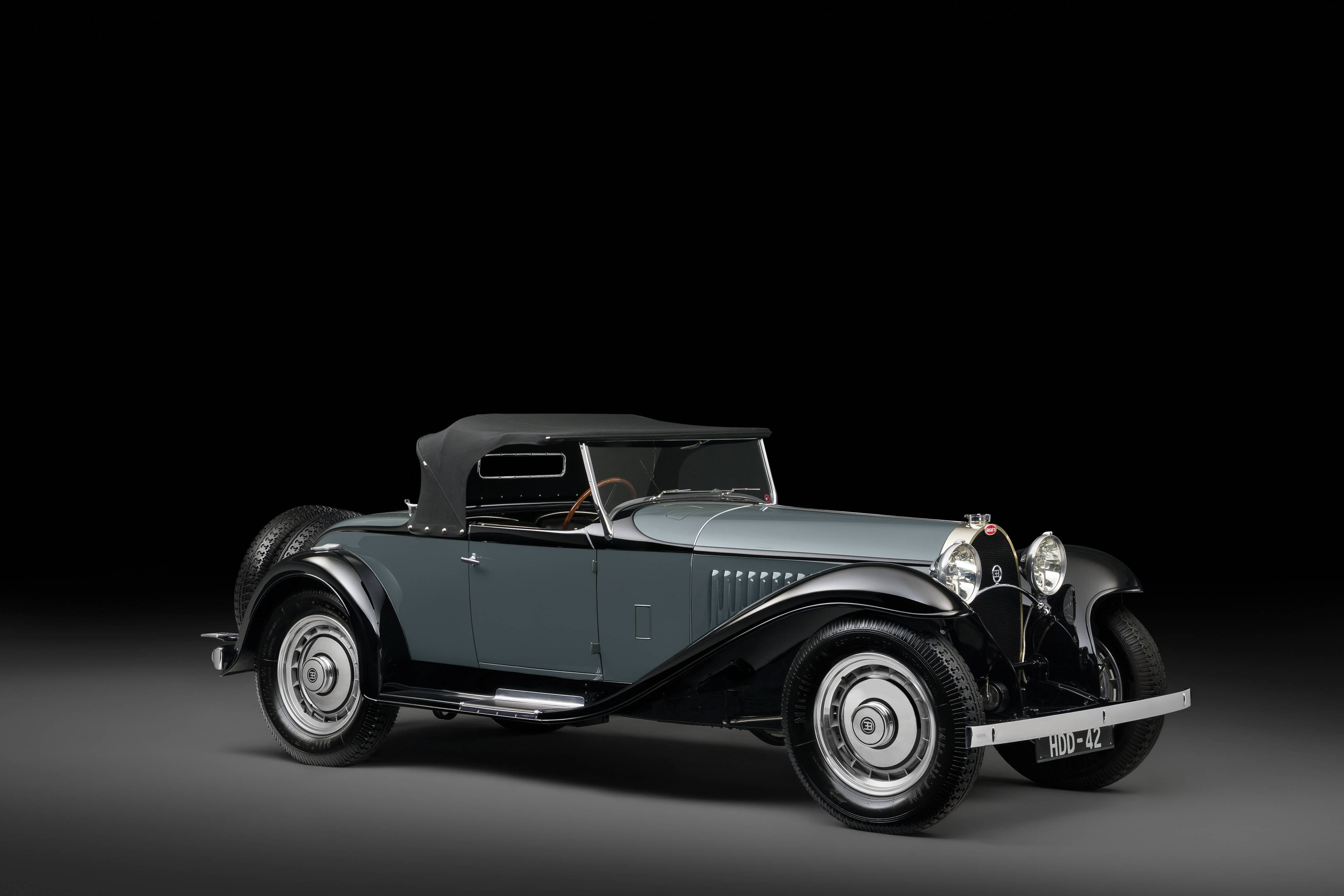 “Cars such as the Aston Martin Volante,” says Sabatié-Garat, “demonstrate how the appeal of timeless design and low production numbers are key factors in driving demand among enthusiasts and collectors.”