Back in 2020, Marcel Petitjean auctioned off nearly 100 classic sports cars from his vast collection, but the former racing driver still has more gas in the tank, so to speak.

The Frenchman is now sending some of his finest Ferraris under the gavel at RM Sotheby’s in Paris. The sale, which is fittingly titled the Petitjean Collection Part II, comprises 28 rare Prancing Horses that will each be offered without reserve on the evening of February 2. Of course, you can bid online, too.

Petitjean, who was a privateer racer during the late 1960s and early ’70s, started amassing an impressive collection of classic models as a long-term financial investment after he retired from the track. When his plans for an auto museum fell through, the 76-year-old decided to part ways with two-thirds of his collection in 2020, and, now a little more in 2022. As before, the majority of the cars on offer have been kept in storage at Petitjean’s home near Strasbourg rather than being regularly driven. As such, the rarified rides are presented in pristine condition.

“The collection has been built over many decades and represents some of Ferrari’s most important road cars of the era,” Oliver Camelin, RM Sotheby’s director of sales Switzerland, said in a statement. 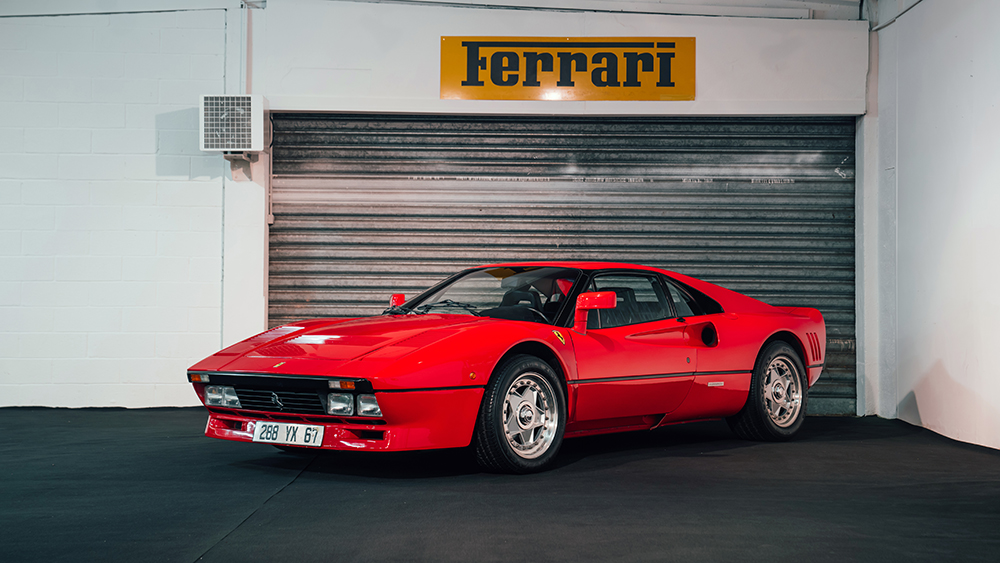 The auction is led by Petitjean’s gorgeous 1985 Ferrari 288 GTO. One of just 272 built, the twin-turbo V-8 originally belonged to racing driver Bepp Mayer, who drove it a scant 4,340 miles or so. After acquiring the car, Petitjean only clocked up another 1,615 miles before carefully storing it. Sporting the signature Ross Corsa exterior, the ‘80s classic comes to the block with its original toolkit, owner’s manual and service ledger. Originally priced around US$83,000 new, it is estimated to hammer down for between €2.4 million and €2.6 million (approximately $3.7 million–$4.08 million at the current exchange rate). 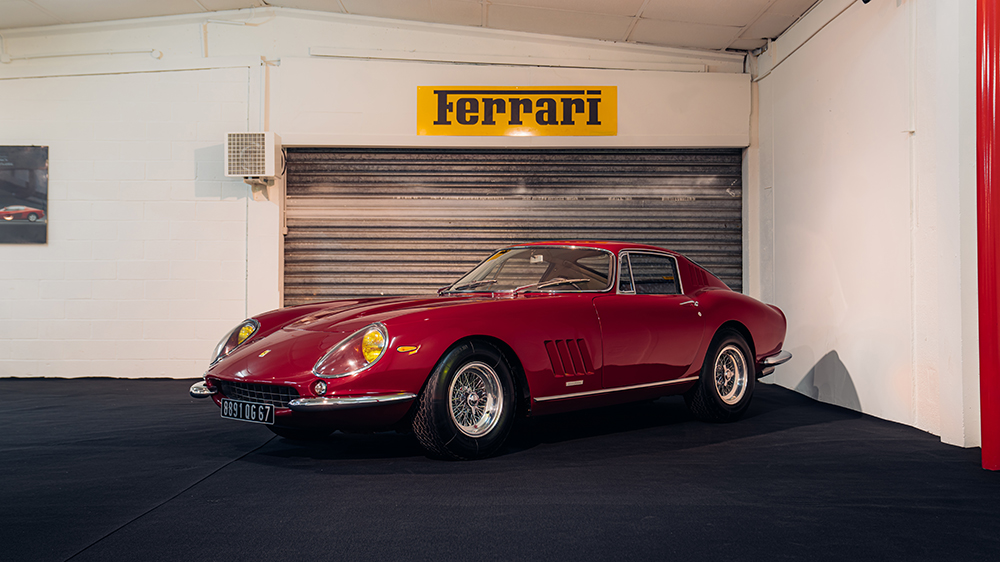 Another standout of the collection is the sleek 1966 Ferrari 275 GTB/4. Presented at the 1966 Paris Motor Show, this was the first production Ferrari to be fitted with the four overhead camshaft version of the V-12. This particular model was used as a demonstrator and press car before Petitjean snapped it up and started driving it to race meetings. The retro rarity was treated to an engine rebuild in the ‘70s, after which it was dry stored. A testament to the coupe’s pedigree, it’s expected to fetch more than $3.2 million.

“The 275 GTB/4 and 288 GTO are perhaps two of the most significant examples of their respective models in existence,” adds Camelin. 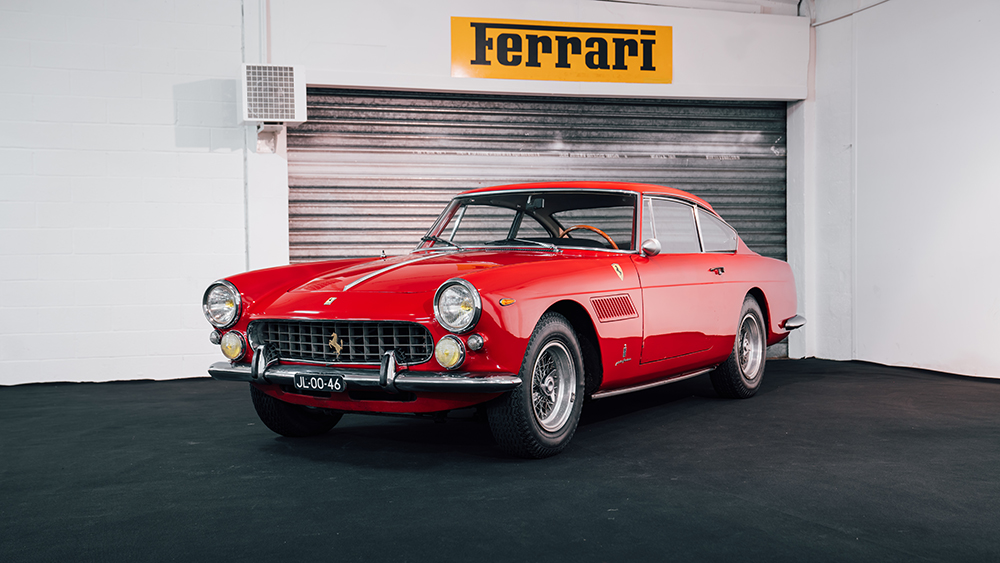 Other highlights include a restored one-of-201 1959 Ferrari 250 GT cabriolet that has appeared at various car shows and a vintage 1964 Ferrari 250 GT/L Berlinetta with the original Argento paint and Rosso leather. Both cars are expected to reach up to $1.65 million, respectively. 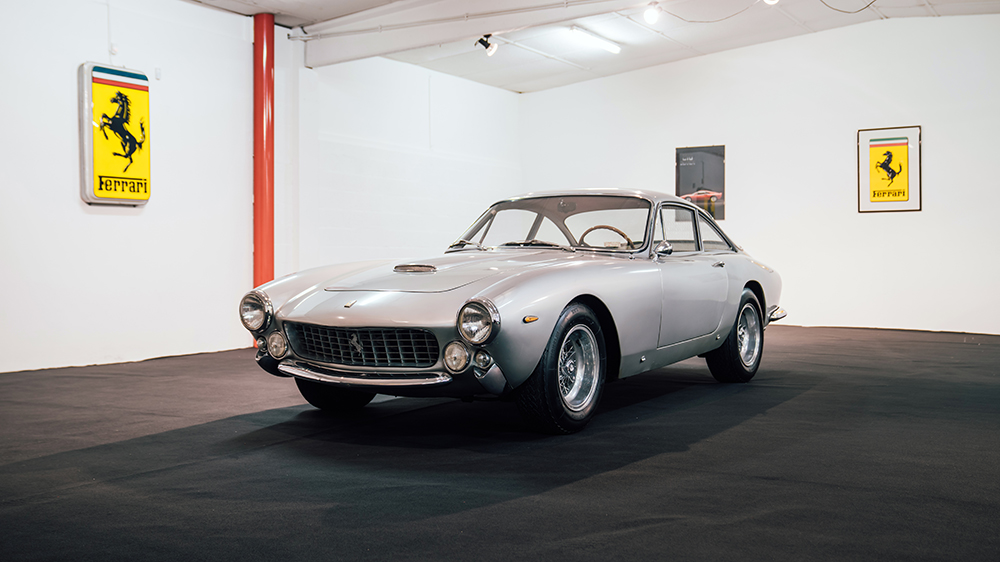 The auction is expected to pull in the big bucks, too. The last Petitjean Collection sale realised $8.3 million (€7.3 million) and attracted bids from all across the globe. Giddy up, gents.