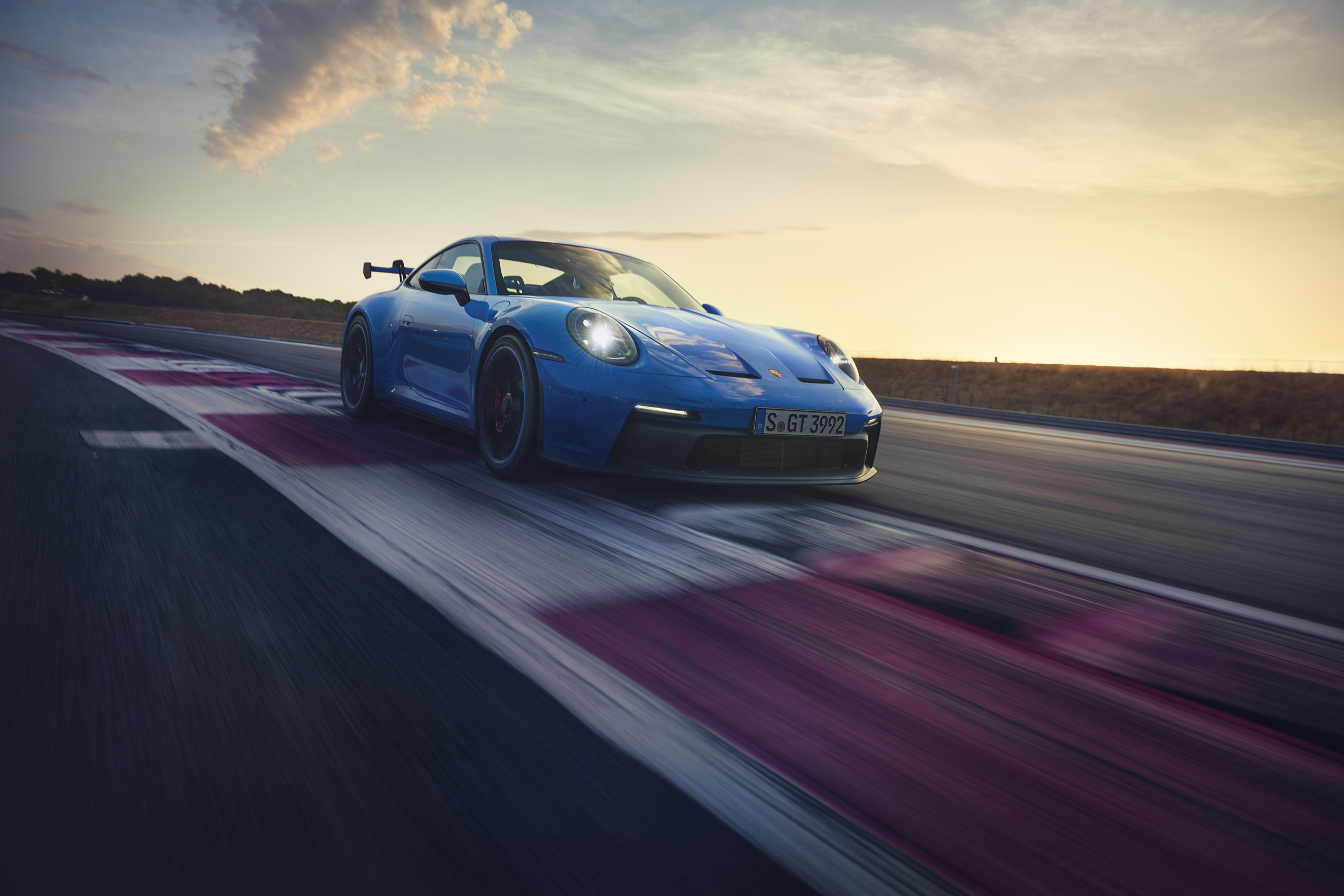 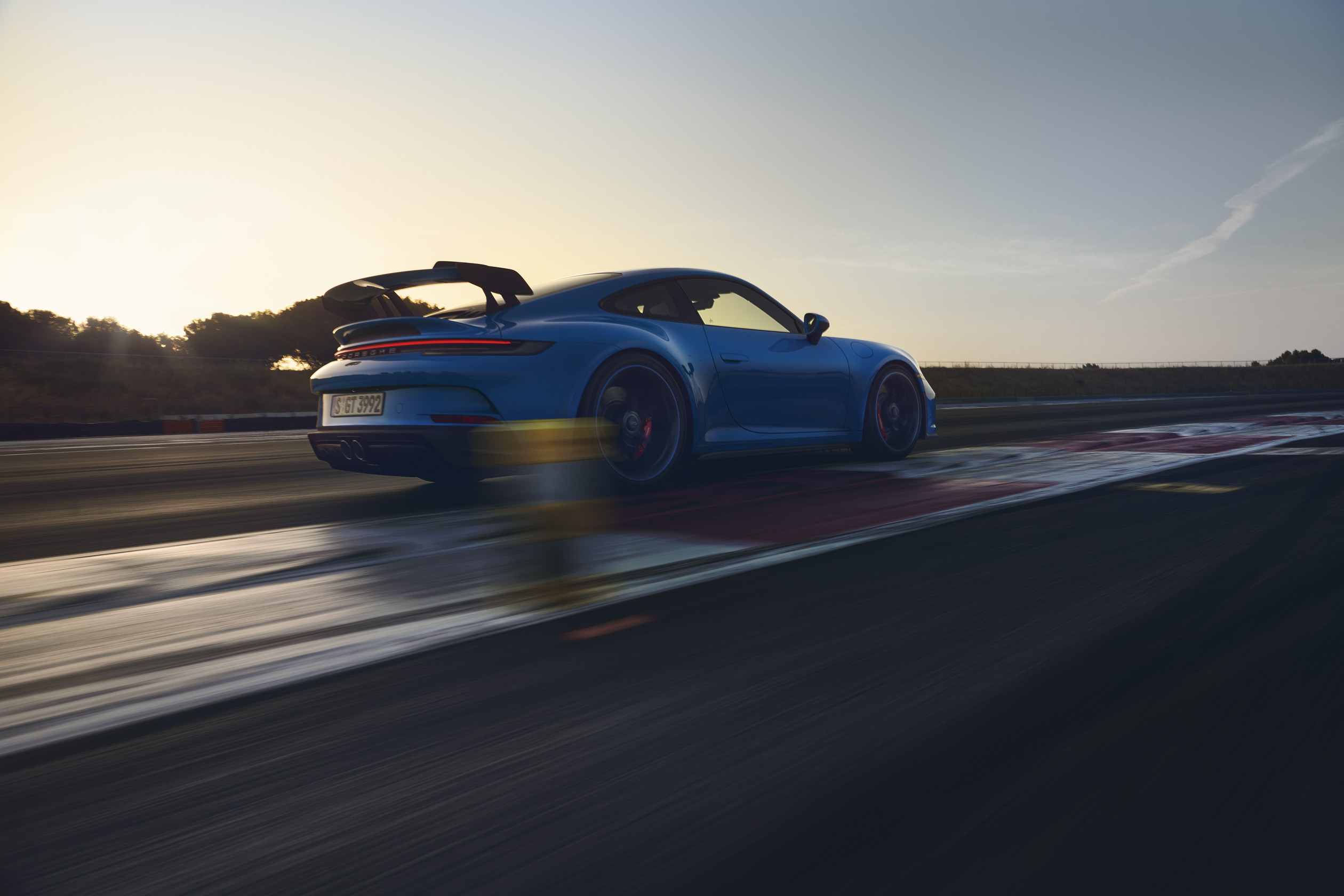 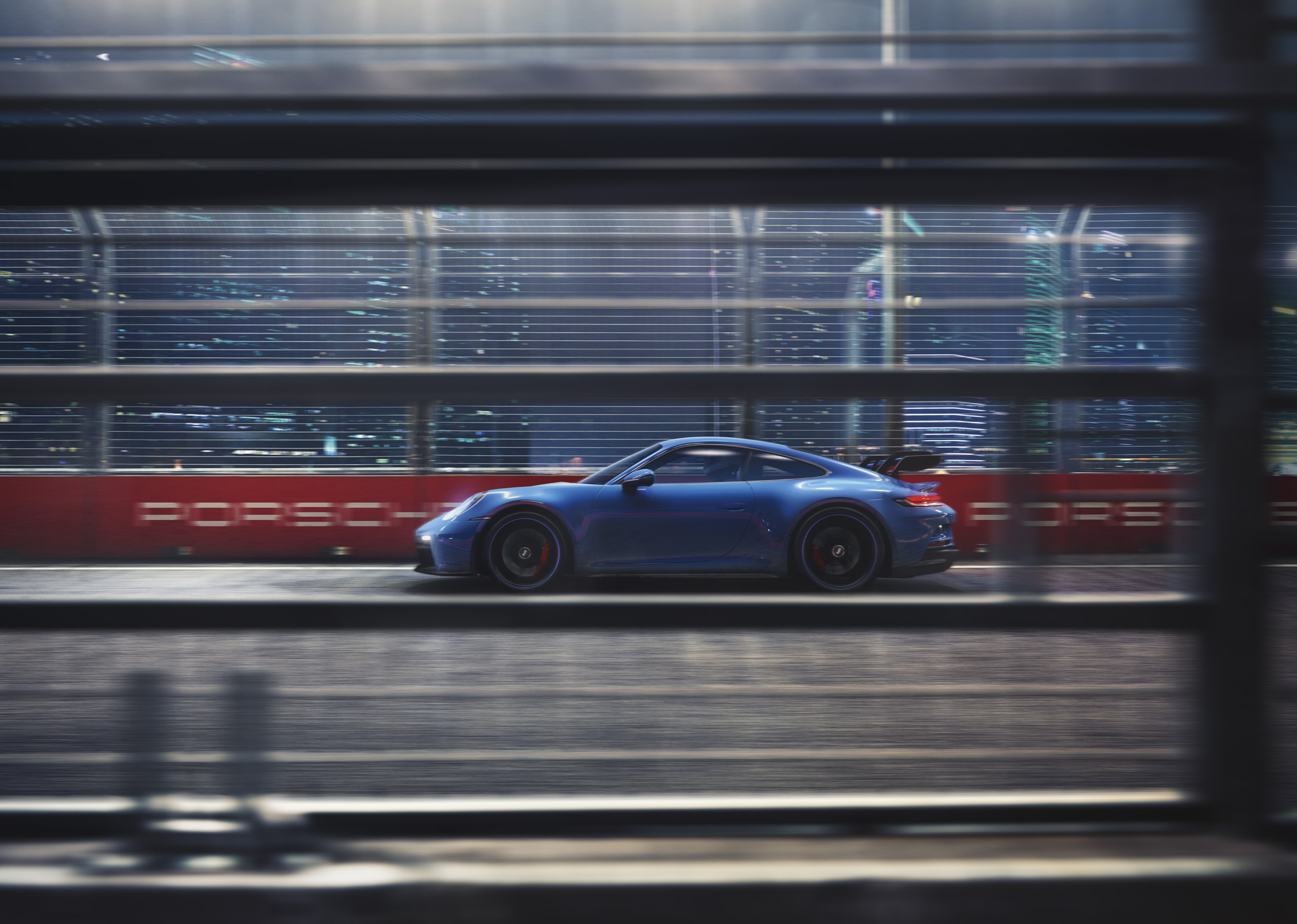 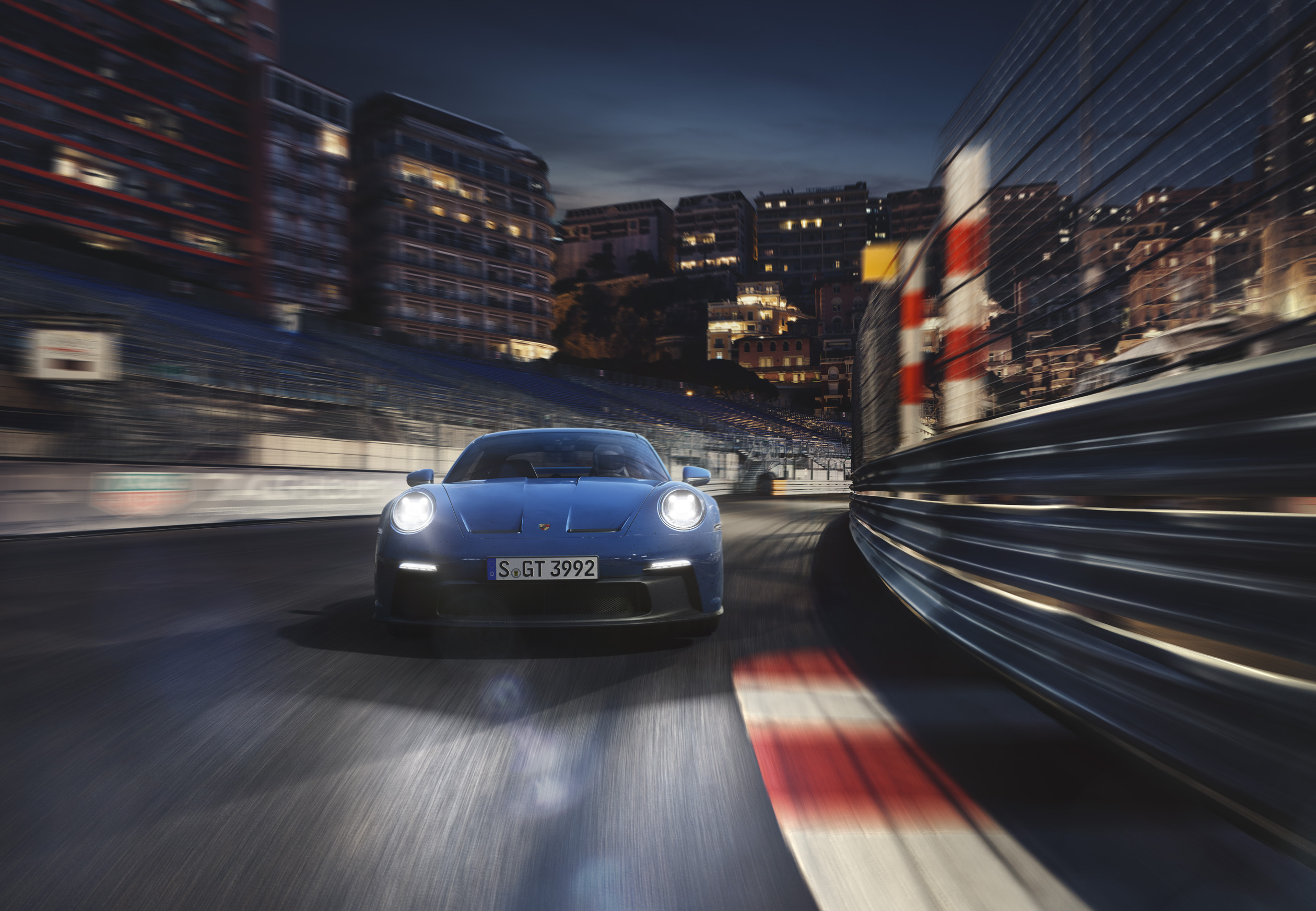 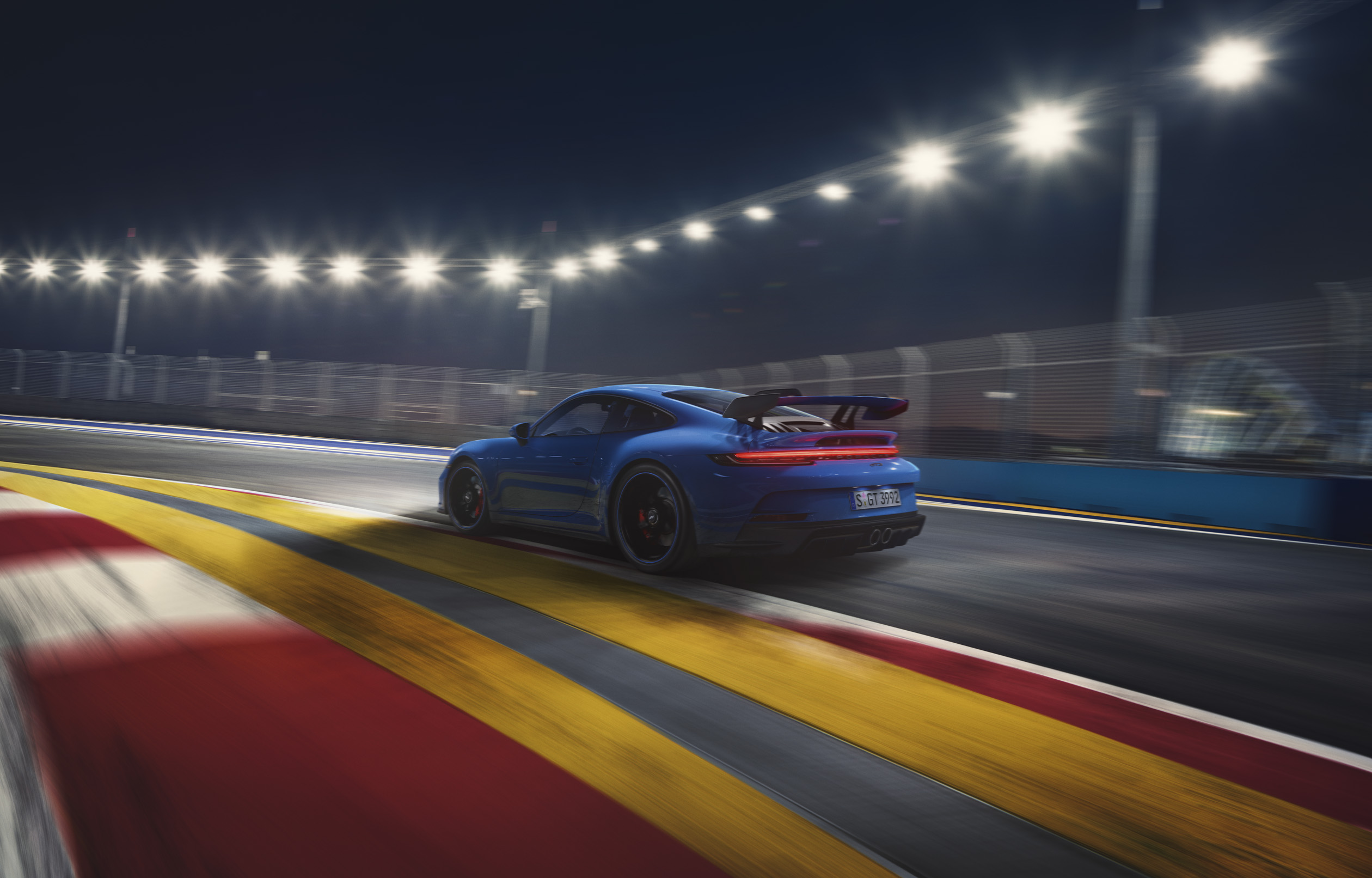 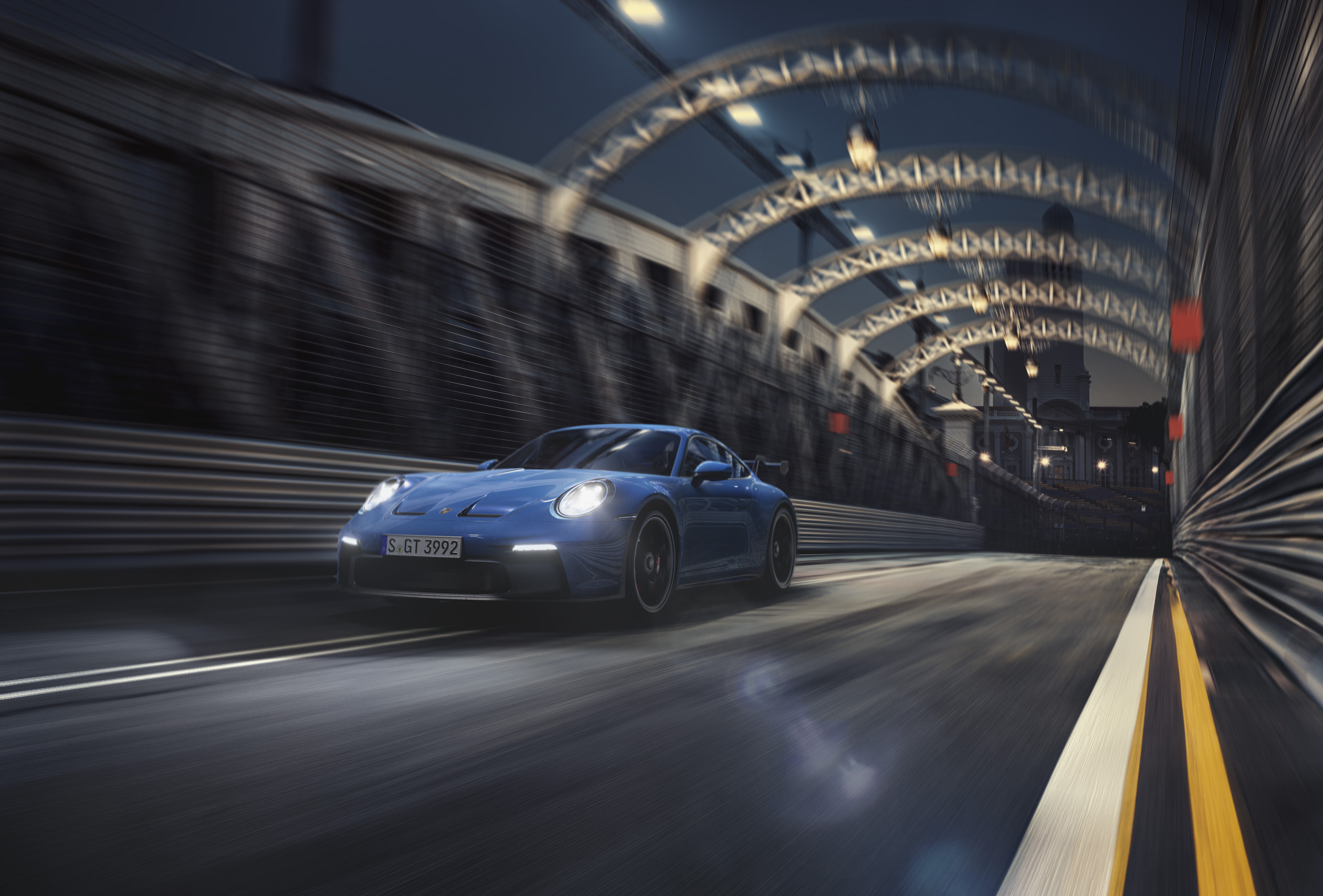 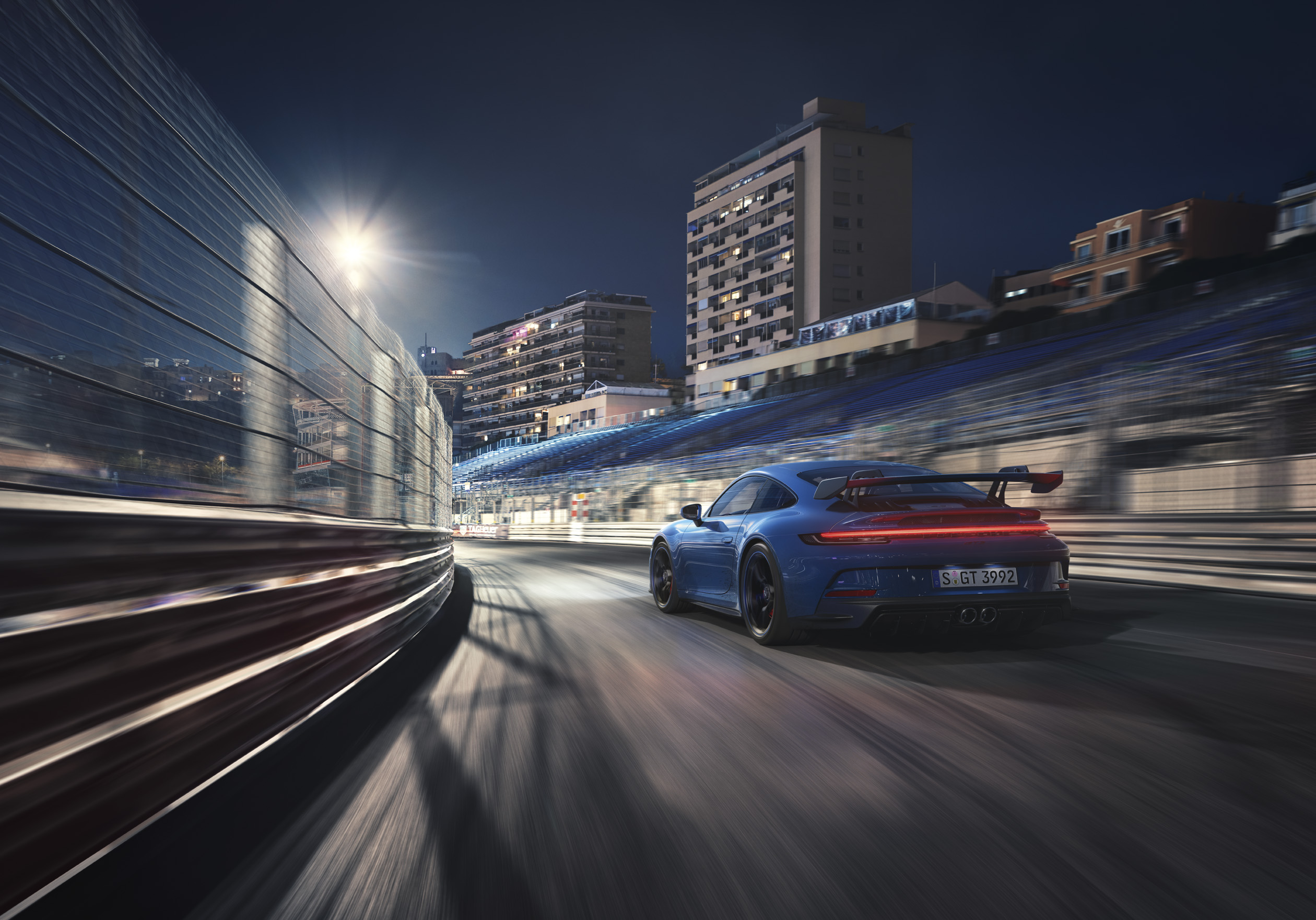 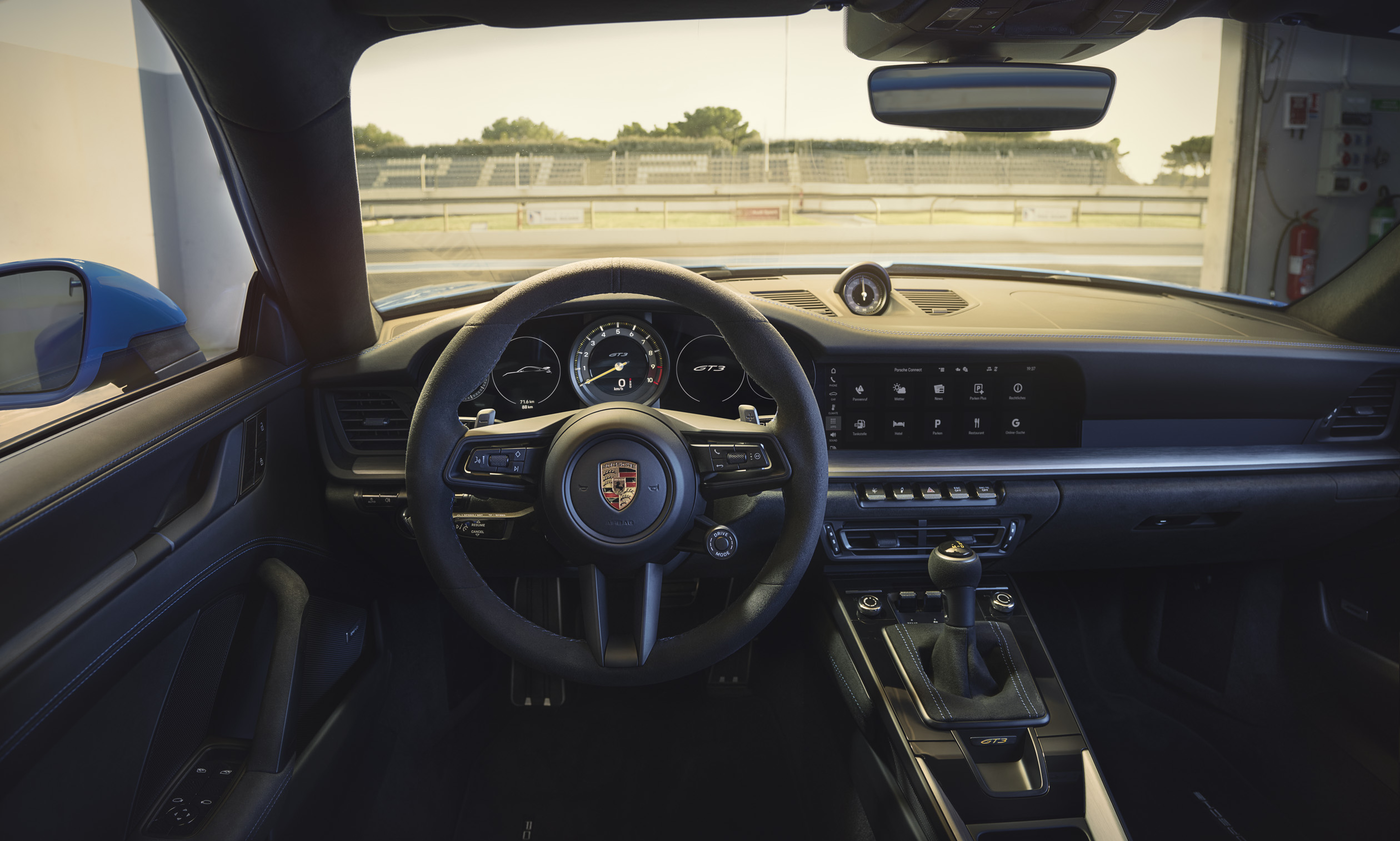 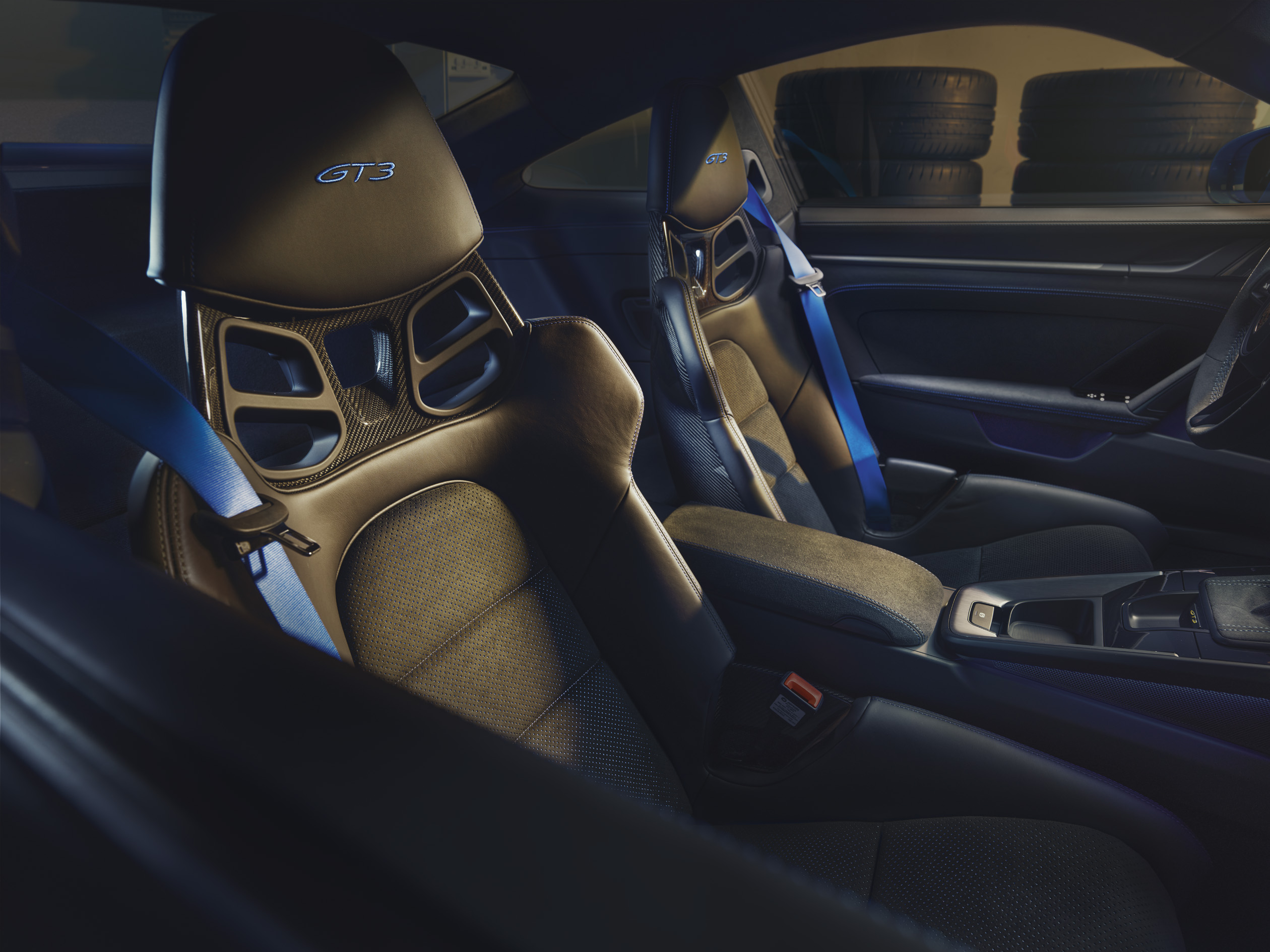 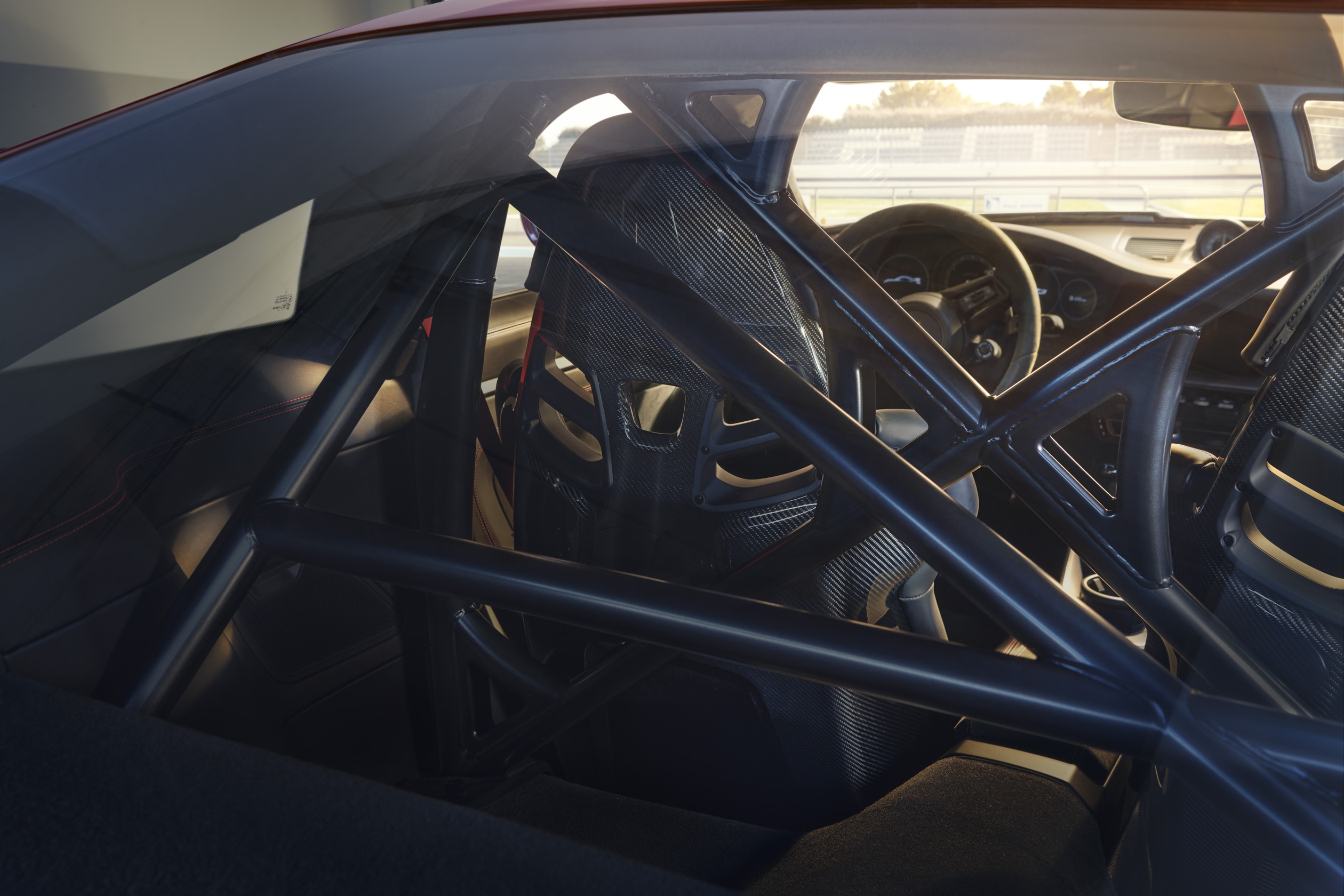 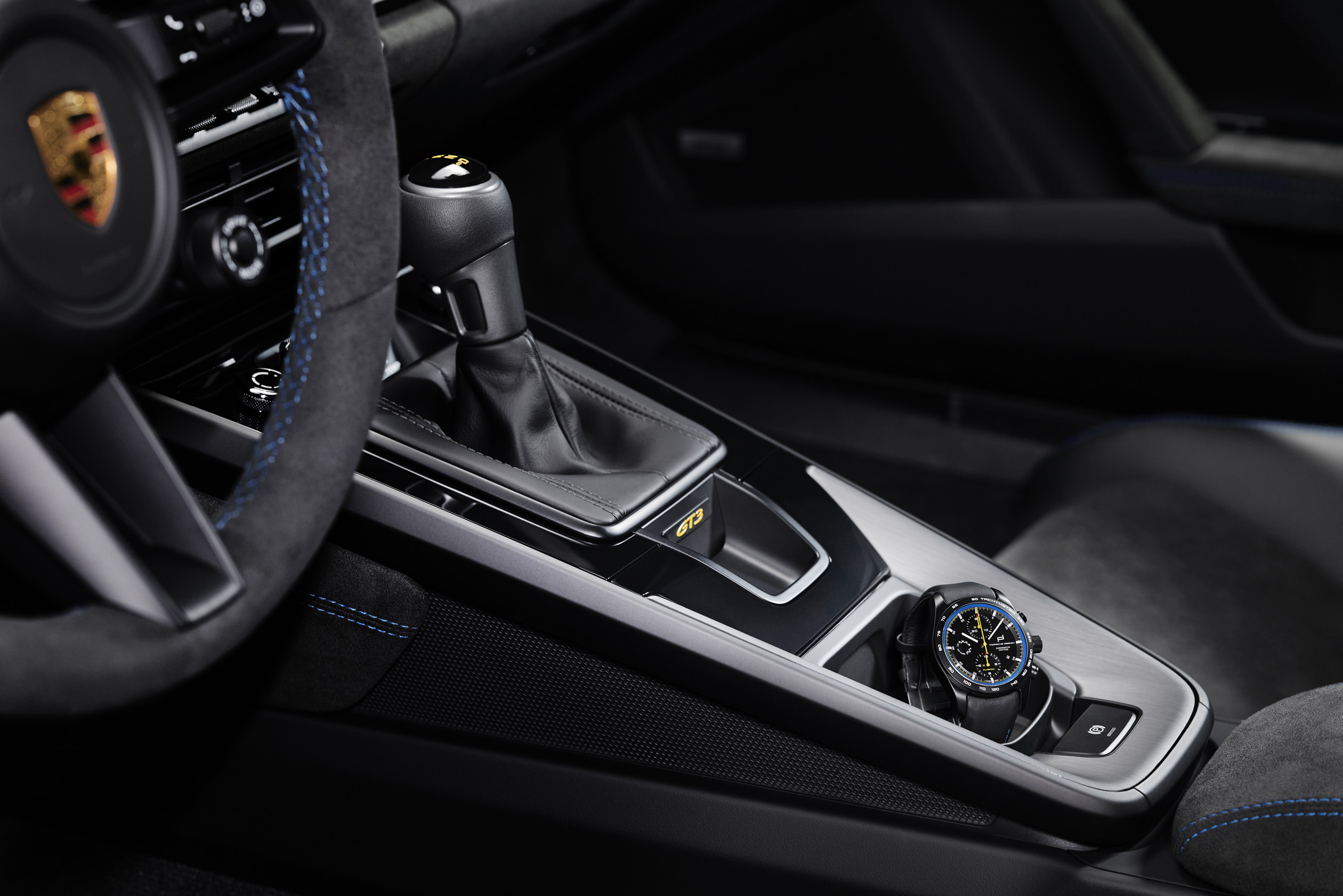 The latest out of Stuttgart laps the Nurburgring some 17 seconds faster than its predecessor.

The ‘911’ badge carries a bit more weight to it than most.

Which is why the latest to come out of Stuttgart is the Porsche 911 GT3 – the seventh edition of the nameplate –  has been developed in close proximity to Porsche Motorsport and brings the marque’s racing know-how to the fore.

The double-wishbone front axle and sophisticated aerodynamics – including the swan neck rear wing and diffuser – arrive inspired by the 911 RSR race car. The 375kW four-litre six-cylinder donk is based on the 911 GT3 R – a tested endurance racer – and is embedded here practically unchanged.

The engine screams to 10,000rpm and boasts a 318km/h top speed, with 320km/h available to those who choose the manual transmission. It’s faster than the previous 911 GT3 RS and accelerates from zero to 100km/h in 3.4 seconds.

Beyond the engine, Porsche’s sophisticated aerodynamics generate more downforce without noticeably affecting the drag coefficient, meaning it’s planted around the corners – as demonstrated by its ridiculously quick Nürburgring Nordschleife lap of just 6:59.927 – some 17 seconds faster than its predecessor.

Despite a wider body, larger wheels and additional technical features, the weight of the new GT3 is on a par with its predecessor. With manual gearbox, it weighs 1418kg and with PDK 1435kg.

The cockpit is in line with what’s offered on the 992 model – including the track screen – which, at the touch of a button, brings the rev counter to focus alongside tyre pressure, oil pressure and temperature, fuel tank level and water temperature.

Especially for the Porsche GT models, customers are increasingly requesting customised equipment. For this reason, the Porsche Exclusive Manufaktur range is also available for the new 911 GT3 and is supplemented by GT3-specific options such as a lightweight roof made of exposed carbon fibre.

Porsche Cars Australia will confirm local pricing and specifications at a later date. The 911 GT3 is expected to arrive in Australia in the second half of 2021.