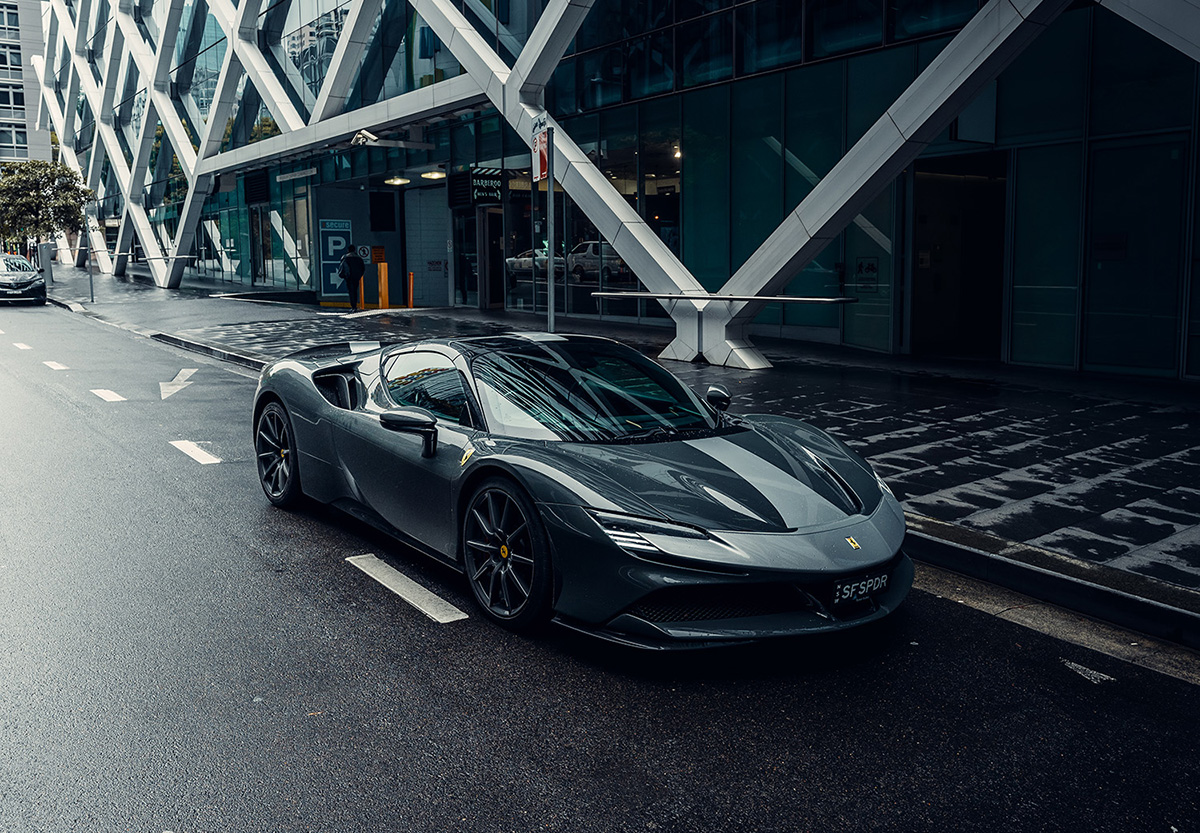 The SF90 Spider redefines the supercar, so too the famed Italian marque. And it is our undisputed Car of the Year for 2021.

Progress in the automotive world somehow manages to be exciting despite being incremental.

It’s not that long ago that a four-second dash to 100 km/h was the kind of thing that would make people give that low-blowing half-whistle that humans choose when pondering something they find simultaneously alarming and enticing.

Then the supercars—the Usain Bolts of car world—started exploring the three-second barrier, and now somehow we find ourselves in a universe in which you can explode from a standing start to 100 km/h in less time than it takes to say, “wow, two-point-five seconds is insane”. We’re talking road cars that leave race cars for dead, and-non racing drivers shaken and shit scared. 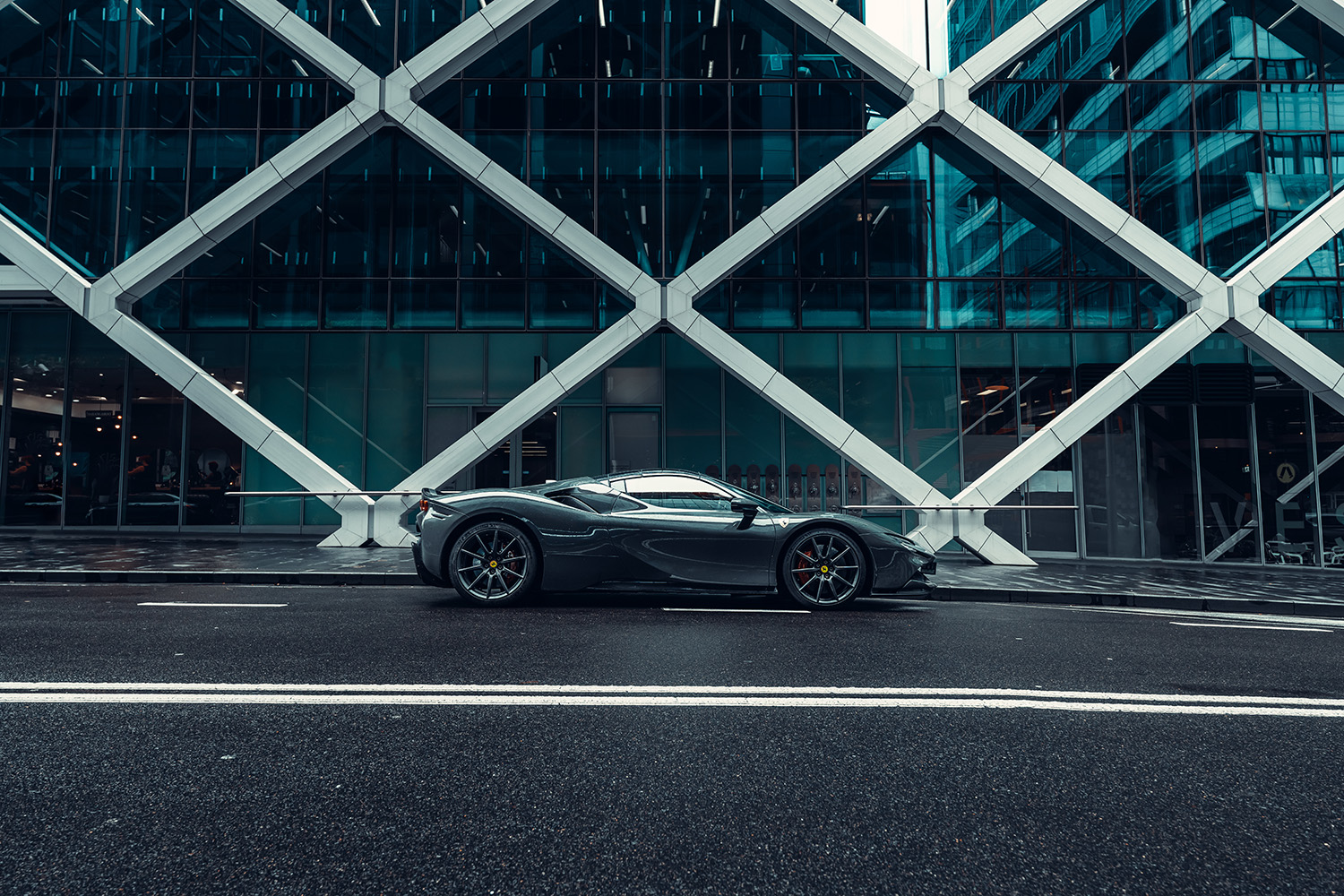 Sometimes, though, a car comes along—and it’s often a Ferrari—that doesn’t so much move the dial on what road vehicles are capable of as rip it right off and throw it into a black hole.

The new Ferrari SF90 is one of those cars; a technological tour de force that redefines the supercar (or hypercar, if you prefer that appellation), combines the best of the electric and combustion forms of propulsion and is so intensely invigorating to drive that I got out of it with my thumbs pulsing, hands vibrating and every muscle in my body feeling like I’d spent the past half hour bracing myself on a particularly violent theme-park ride.

Yes, I have been lucky to drive many, many fast cars in my time. Indeed I drove the stupidly quick Lamborghini Huracan Evo Fluo Capsule just an hour before the SF90. But I have never experienced anything with road tyres and street registration like this Ferrari. 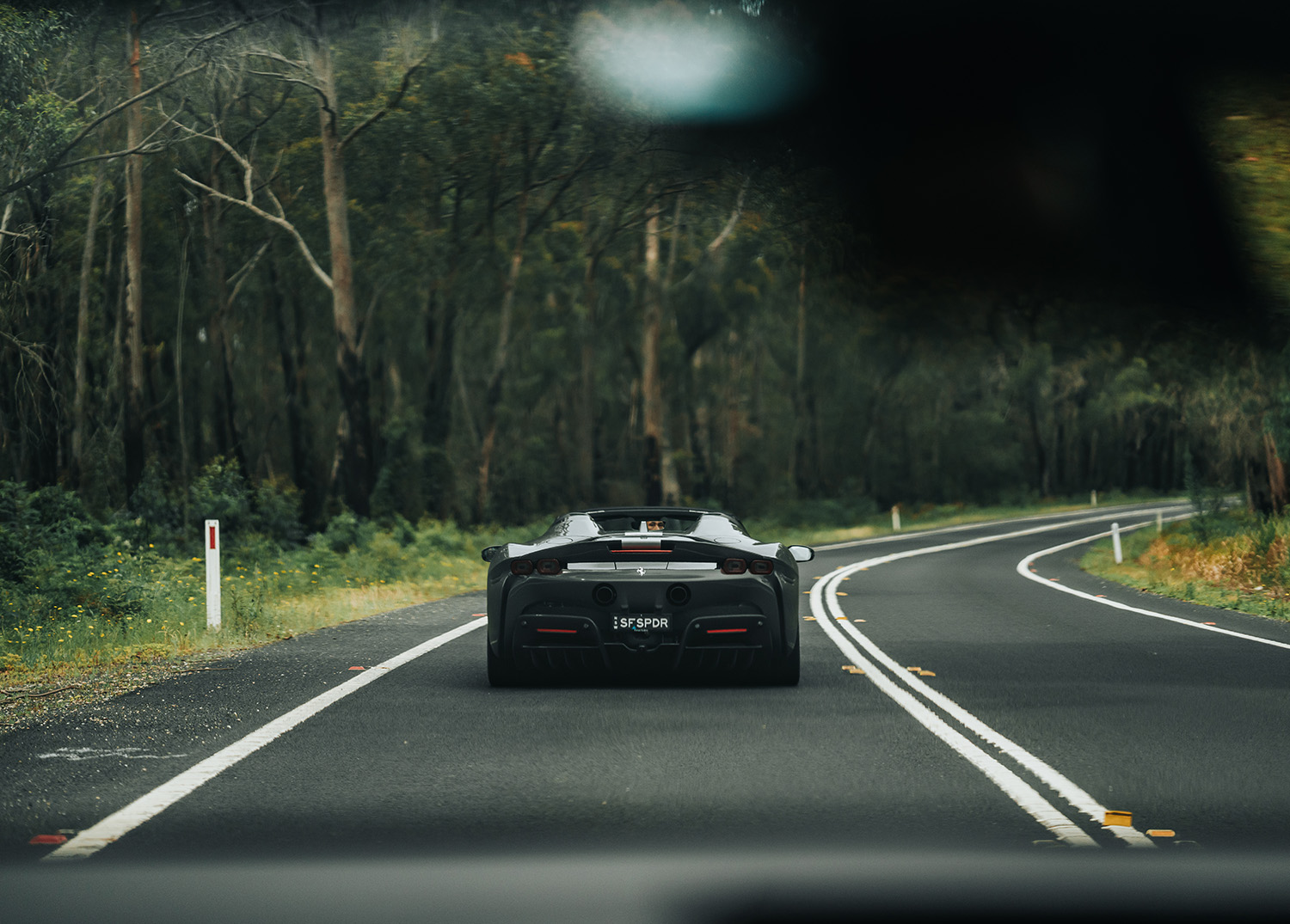 The car we’ve picked for COTY 2021 was the first SF90 I’d driven, and this being Robb Report, it was the very best of them: the Spider with the optional, track-focused Assetto Fiorano package. That also made this particular Ferrari the most expensive thing I’ve ever driven, by a massive margin. The list price of $929,888, plus $111,000 for the Assetto Fiorano additions (and deductions, it saves you 30 kilograms of weight, via titanium exhausts and springs, plus lashings of carbon fibre outside and in, cutting the weight of this Spider to 1,640 kilograms), plus a hefty $400,000 worth of options took the total to a wallet-frying $1.4 million. 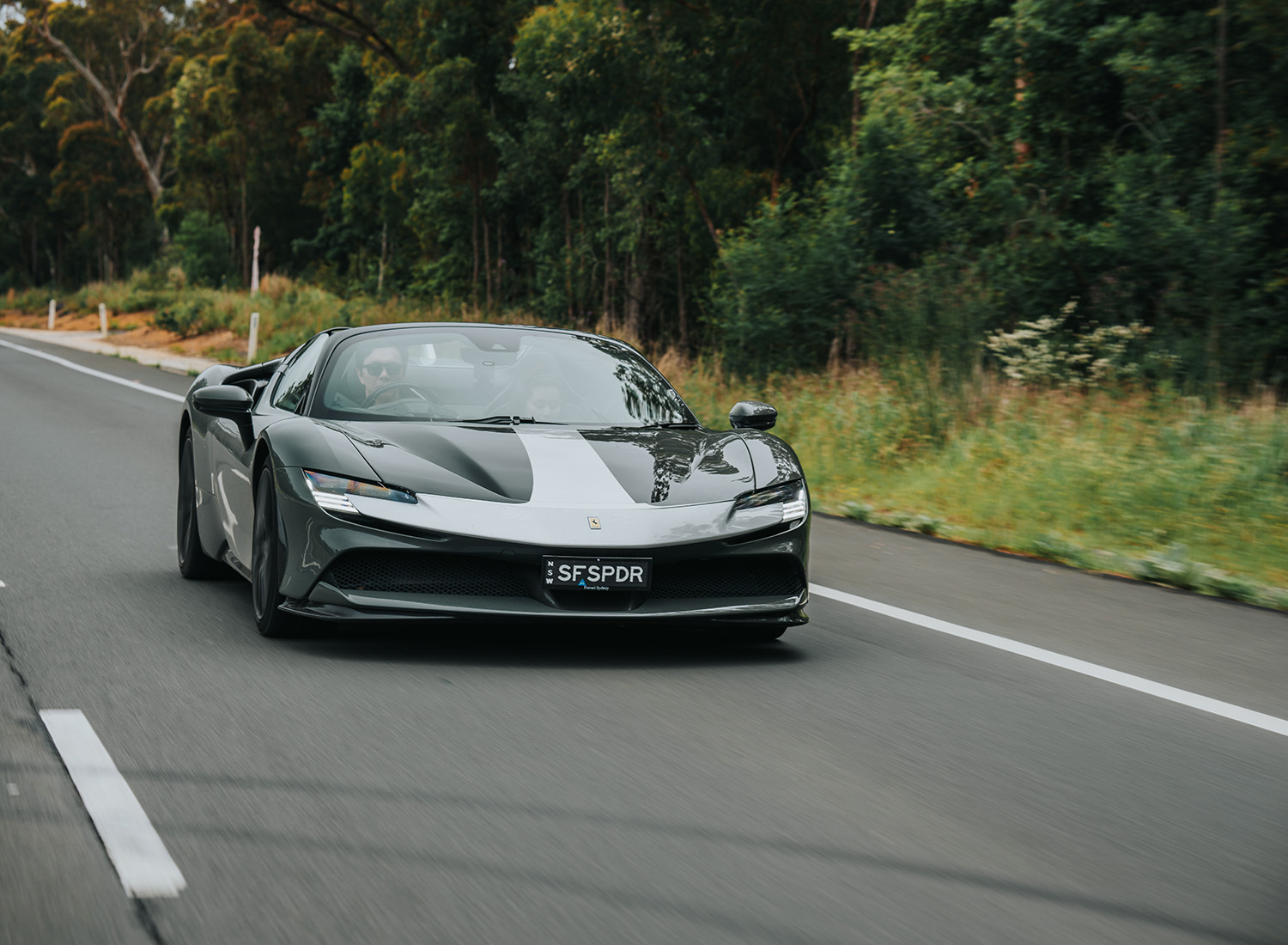 For that much money, obviously, you’d want a lot of car, and with the SF90 you’re getting it, because it’s effectively a freakishly powerful twin-turbo 4.0-litre V8 Ferrari (good for 546 kW and 800 Nm) with a very serious electric sports car mashed into it (three electric motors, one between the eight-speed gearbox and the engine and a pair on the front axle, which can produce 360 kW on their own) to create the most potent plug-in hybrid on the planet.

Read the full article in the new Car Of The Year Issue on select newsstands and available here.