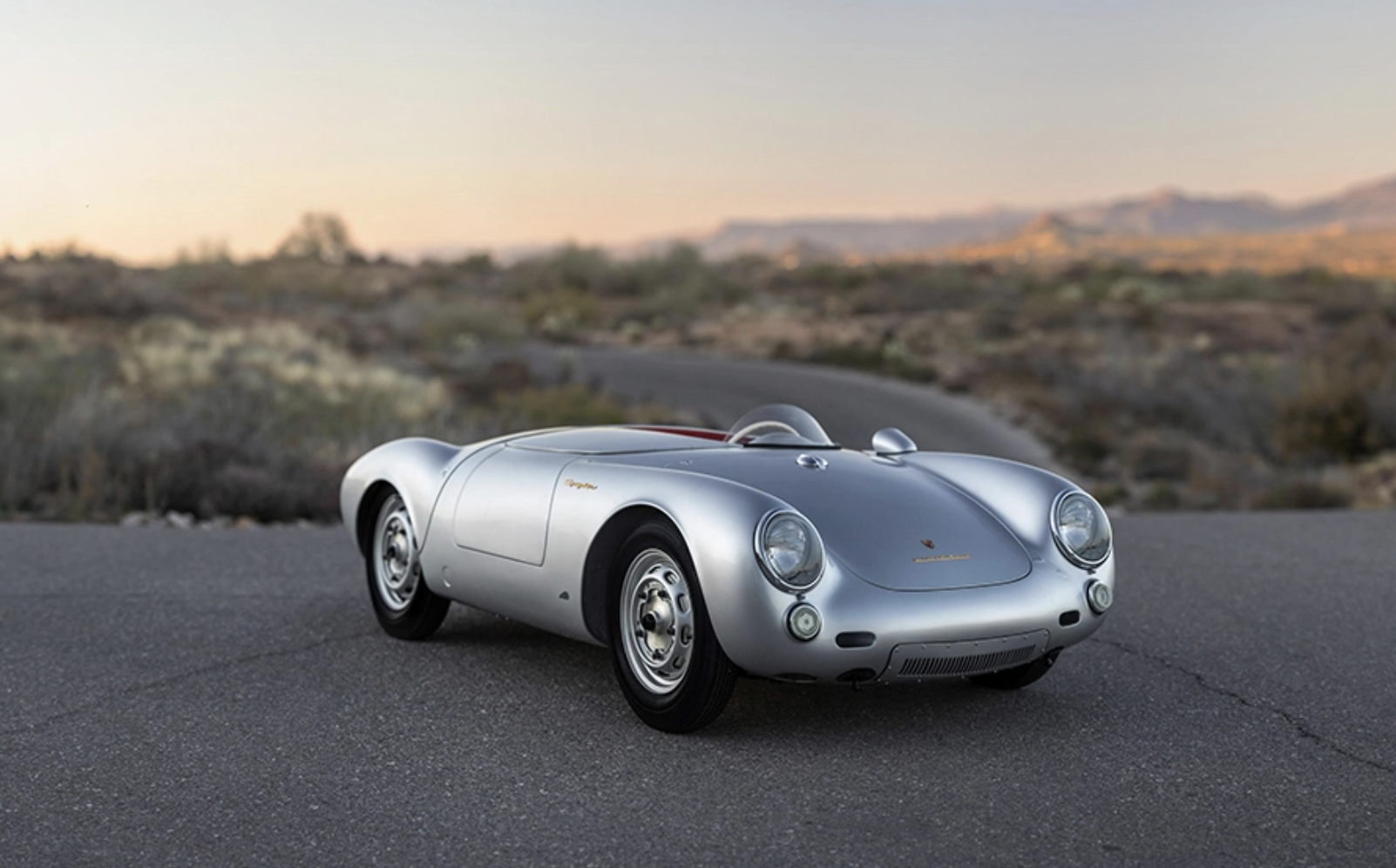 The distinguished lot was offered in a Bonhams auction on March 3 in Florida.

The distinguished lot, chassis no. 550-0036, was offered in a Bonhams auction on March 3 at the Fernandina Beach Golf Club in Florida. The two-door coupe is one of just 90 examples ever made and features four-wheel independent suspension and hydraulic drum brakes. The original four-speed manual transaxle remains in place, alongside a period-correct Type 547 four-cam engine by legendary engine builder, Billy Doyle. Its gorgeous aerodynamic exterior is the handy work of German coach maker Wendler Karosserie. 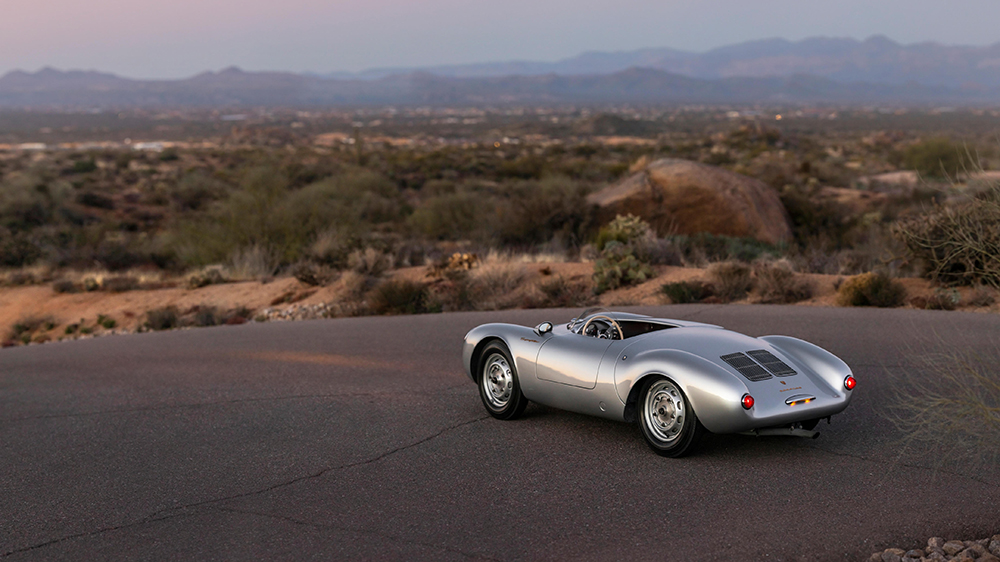 Arguably one of the most important Porsche models ever produced, the 550 Spyder was the marque’s first racing car, debuting in 1953. Its body was fashioned after the 1948 Porsche 356/1 prototype designed by Ferry Porsche, but it was the vehicle’s speed and agility that made it the stuff of automotive legend. The race car competed in numerous European races, including events held at Germany’s famous Nürburgring and Hockenheim. It took first in class and sixth overall in the 1954 Mille Miglia, its first race, then came in third overall at that year’s Carrera PanAmericana.

When Sports Illustrated wrote about the Porsche 550 series at the time, writer Griff Borgeson called it “fast and fiercely powerful, one of the most successful competition sports cars in history, and it has a personality no less complex than Dr Jekyll’s. At brisk highway speeds it is very easy to drive, docile, perfectly manageable, superbly responsive.”

The vintage photograph of the car outside of Wendler Karosserie. Bonhams

The auctioned model was given to Bonhams by its custodian of 50 years. A Porsche aficionado, the unknown owner bought it in 1972 when it was nearly complete but missing an engine. Billy Doyle was then commissioned to source and rebuild its engine, no. 90-034, and fit it to the 550 Spyder. The resulting 1,498cc mill is the same size as the original but offers 25 more brake horsepower, with 135bhp at 7,200rpm. (Notably, the series’ original engines already achieved a top speed of 137 mph and accelerated from zero to 60 in under 10 seconds—no small feat for the time.)

This model has had three other owners—acclaimed Le Mans racer Theo Helfrich, Ludwig Fisher who showcased the car throughout Europe and an American military man. In early 1980s, the model had bodywork done at the Northeast Body & Paint Shoppe Inc. of Lincoln, Nebraska. Over a decade later, Porsche experts at Willison Werkstatt of Lake Park, Fla. completed a more comprehensive restoration that started in 1998 and finished in 2003, according to Bonhams. The car made its final public appearance at the 2003 Rennsport Reunion, following its late ’90s detail, before being carefully stowed away in a climate-controlled facility. 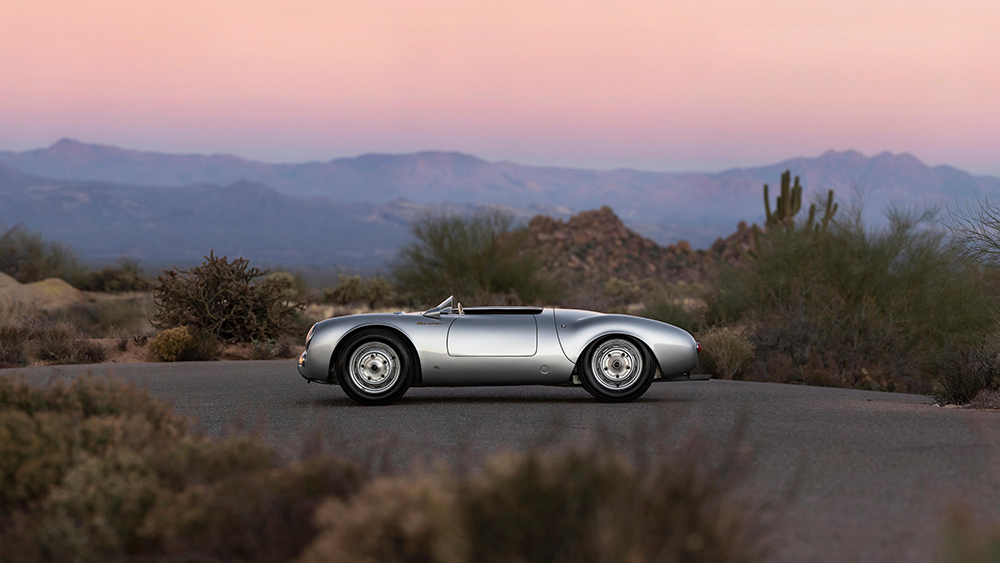 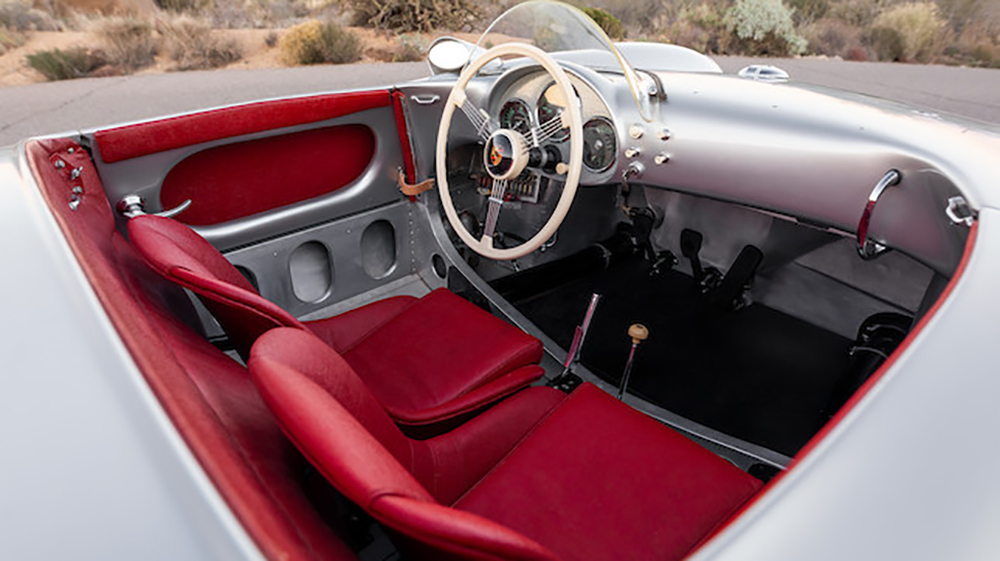 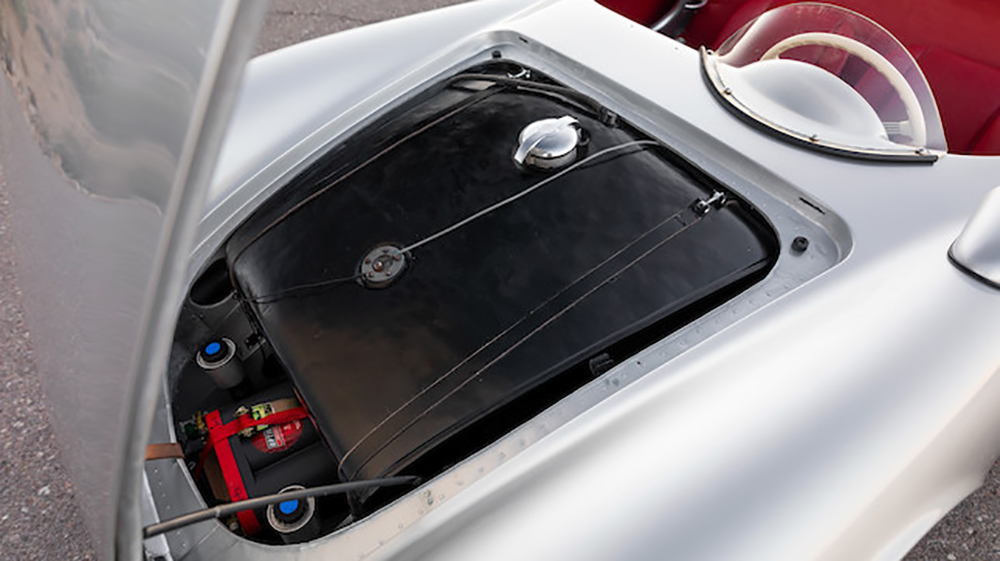 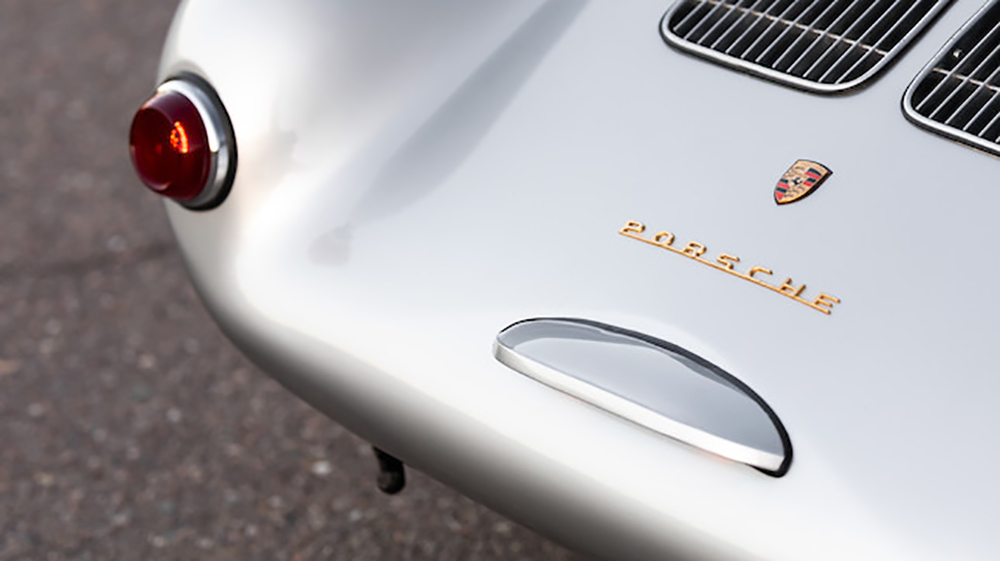