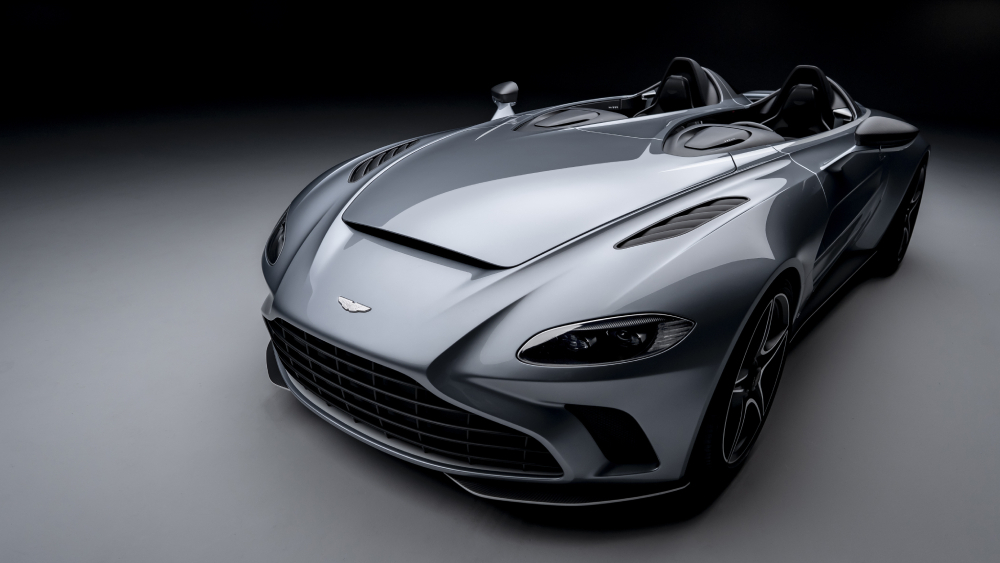 The new speedster takes its inspiration from the automaker’s storied racing history.

Spearheaded by its Q division, the British marque is debuting a new roofless V12 speedster that takes inspiration from both vintage cars and the company’s own storied racing history. But this new Aston Martin takes things a step further, joining other recently released vehicles to eliminate the windshield altogether for a truly open-air driving experience—and a striking profile.

Conceived just over a year ago, its streamlined exterior takes cues from fighter jets and principles of aeronautics, but also from the automaker’s own heritage. “There’s clear lineage from the 1959 Le Mans-winning DBR1 to our Centenary celebratory CC100 Speedster Concept in 2013,” said Aston Martin director of design, Miles Nurnberger, in a release. “There is also a bit of 1953 DB3S in the mid-section, so it really is our latest incarnation of the Speedster concept.”

Under the hood, the vehicle is powered by a scintillating 5.2-litre, twin-turbo V12 engine with a peak output of 522kW to help propel the bonded aluminium architecture from 0 to 100km/h in 3.5 seconds. The unique chassis supports a custom body made almost entirely from carbon fibre.

Created by our bespoke customisation service, Q by Aston Martin, the example being showcased today is designed in a conceptual @BoeingDefense F/A-18 livery. #AstonMartin #V12Speedster #AstonMartinMotorshow

The interior cabin space makes ample use of new technology as well, with satin carbon fibre and 3-D-printed rubber elements throughout. These are, of course, in addition to more traditional touches, like saddle leather and aluminium finishes that have become synonymous with Aston Martin Lagonda.

“For raw, driving thrills the V12 Speedster is unparalleled, the fully open element of the car adding a new dimension to the experience,” Aston Martin’s chief engineer, Matt Becker, said. “Driving doesn’t get any purer than this.” We, for one, would be happy to put that declaration to the test.

Prices are expected to start at approximately $1,450,000. See more images of the car below: