Covid is wreaking havoc in Africa with the pandemic limiting tourism and destroying livelihoods that so heavily depend on it. A tragic consequence of the virus is a surge in poaching. As money quickly dries up, employees take pay cuts and people look for alternative income, hunting big and small game illegally, both to sell and to feed their families.

To say that an upswing in poaching is destructive for Africa is an obvious understatement. Not only are these animals critical to the ecosystem but they have long dazzled high-end international travellers who support conservation efforts through their visits. Witnessing a herd of elephants galumph about in a puddle of water is a kind of majesty that can be found nowhere else on Earth, and many luxury safaris actually help preserve such wonders.

Tourism in Africa is a $223 billion industry that employs some 24.6 million people. National parks and conservancies, which protect wildlife from poachers, depend almost entirely on international tourism for financing. And while some African nations have long been criticised for over-tourism, there are examples that prove premium, sustainable tourism can have a positive effect. Rwanda and Botswana have recognised the benefit of low-impact tourism, where fewer, high-spending guests enjoy less congested wilderness spaces. 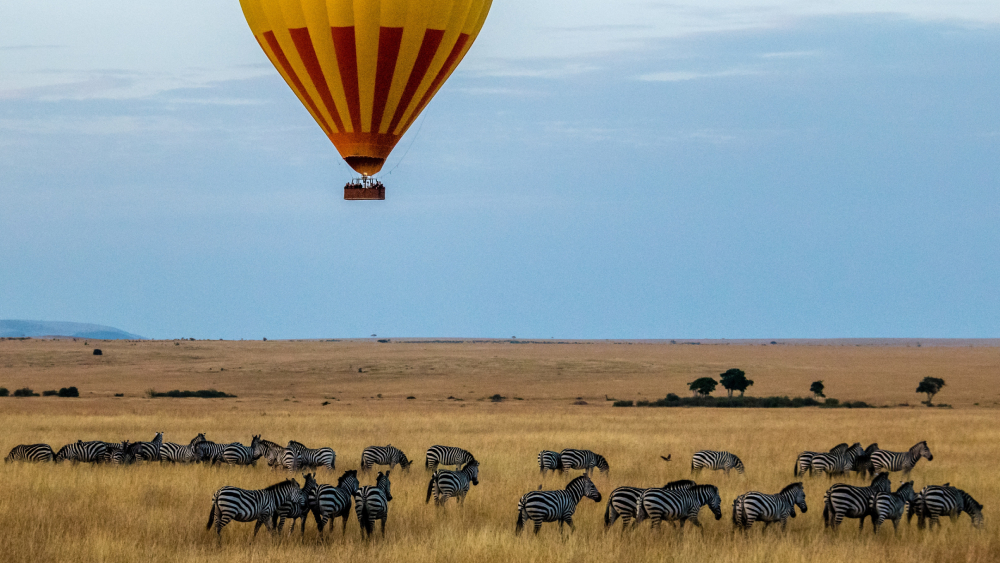 A hot air balloon over a herd of zebras in Kenya’s Maasai Mara National Reserve. Courtesy of Sutirta Budiman/Unsplash

The conservancy model demonstrates how tourism operations can directly benefit locals. In the Mara Conservancies north of the Maasai Mara National Reserve in Kenya, community-owned land is leased to luxury hospitality companies, which use it to create wildlife habitats for mindful tourism. Money is put straight back into communities (in 2019 the 15,000 landowners made around $6.73 million among them) while providing jobs and preserving land. But all of this is at risk as people continue to lose jobs and the luxury lease fees decline.

I visited some of theMara Conservancies early this year, when coronavirus was nothing but a strange flu in Wuhan, and saw how locals, tourists and wildlife can all happily coexist. The animal sightings—a leopard gliding up a tree, a lazy lion resting atop a termite mound—were especially magnificent with no other safari vehicles in sight, because the conservancies are private. It’s a revolutionary but fragile system. As tourism peters out because of Covid, community leaders could choose not to renew their leases. Put simply: Land that could be used for wildlife and wilderness to flourish might become grass for livestock.

Here’s a radical idea: The model could be scaled up through sponsorship from large donors or companies such as Disney, which spent weeks researching across Kenya for its 2019 blockbuster The Lion King, which grossed $2.2 billion. The studio has contributed $3.9 million to the Wildlife Conservation Network’s Lion Recovery Fund. Definitely a step in the right direction, but that’s less than one per cent of its gross sales for that single film. Could the company—and others like it—apply a greater portion of its significant power and earnings to one of these proven luxury-tourism models that sustain not only wildlife but economies, too? 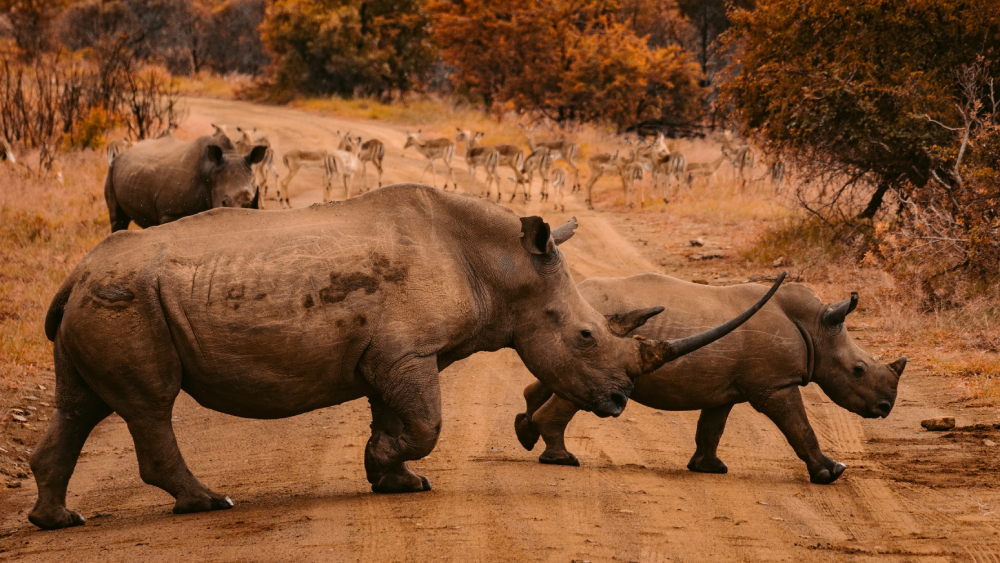 Roaming rhinos and antelopes in South Africa. Courtesy of redcharlie/Unsplash

What the pandemic has exposed is that tourism can’t and shouldn’t be the only answer. Researchers at the African Leadership University, which educates youth in conservation, have been investigating alternative economic solutions, such as the production of non-timber forest products (like shea butter in Ghana), breeding wild animals for consumption and subsistence fishing.

There’s no quick fix here, but there is a fresh urgency to invest in sustainable solutions. Diversifying doesn’t mean an end to wildlife tourism in Africa—it’s probably the best way to save it.