Tag Heuer is making its smartwatches even smarter, with a longer battery life, twice the data transfer speed, a new charger display console and a better screen with a higher contrast ratio and improved colour definition. Two new models of the Connected Caliber E4 represent the fourth generation of Tag Heuer’s Connected smartwatch collection, first introduced in 2014. One is a redesigned 45mm model and the other, a smaller, 42mm size. Both contain the new calibre E4.

The screen on the 42mm version seems just as big as the 45mm because of a thinner, almost nonexistent bezel that is tucked under the crystal and angled toward the case. The smaller model is meant for users “with an appetite for elegance, but who want to stay connected,” said Tag’s Connected Watch director Teddy Florent in a digital press launch. 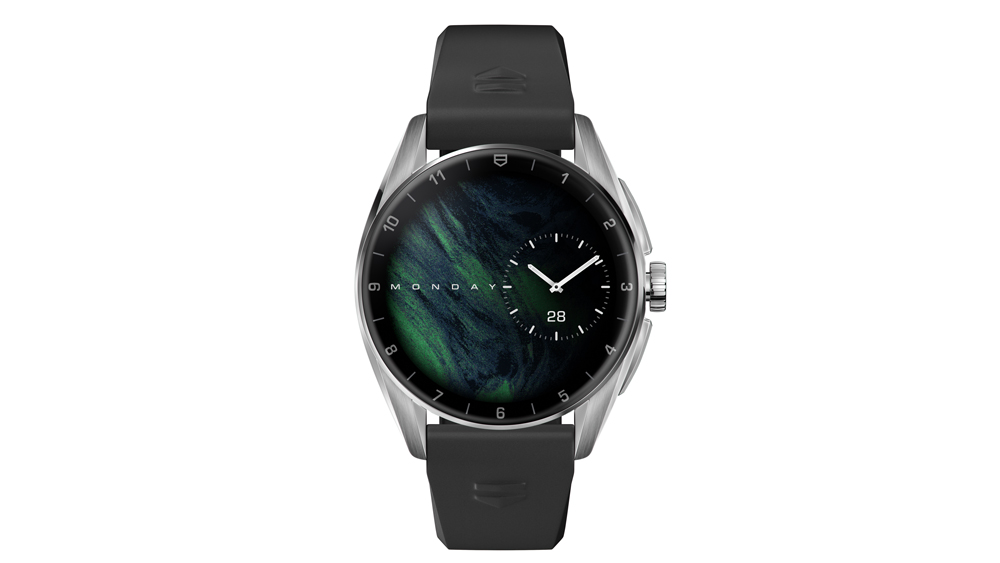 By contrast, the sportier, revamped 45mm model has a more visible bezel with a marked minute track and a ceramic insert, resembling traditional Tag Heuer sports watches like the Aquaracer and the Autavia. The bezel and case slope down slightly toward the wrist, making what really is a big watch feel less chunky on the wrist. At the same time, it has been endowed with a larger crown, coated in rubber, to make it easier to adjust, even with just a fingertip. On both models, the chronograph-like pushers—which give the watch a “more mechanical feel”—are more streamlined. There is a titanium case option for the 45mm model, another element that links the Connected series to Tag’s luxury mechanical sports watches. New face designs include the Riverside, an animated background that is constantly moving, representing time elapsing. 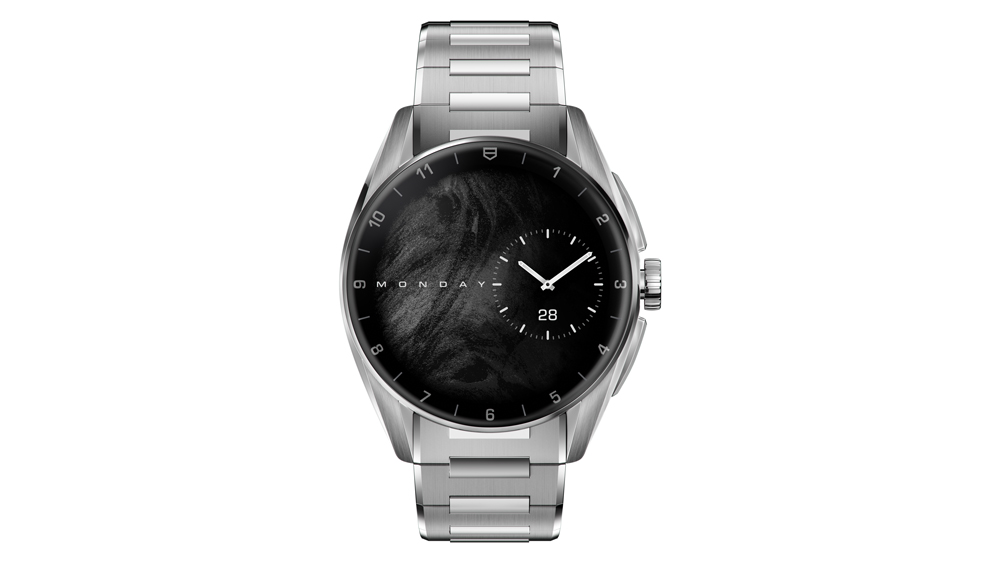 Technology-wise, both run on Wear OS by Google, and have Bluetooth 5.0, which boosts data transfer up to twice the speed as the third-generation Connected series, introduced in 2020. The 45mm model also has a longer battery life—30 per cent compared to the previous version. The 42mm model has a full day of battery life, even while using the Wellness app. A new charger doubles as a cool console stand, and when the watch is snapped into it, the time remains discreetly lit while it’s charging, so it functions as a bedside table clock. New digital features include a five-hour weather forecast, along with current wellness stats, including charts that track swimming, cycling, golf, running and walking performance. There is even a new guided workout feature led by an avatar-like fitness coach. 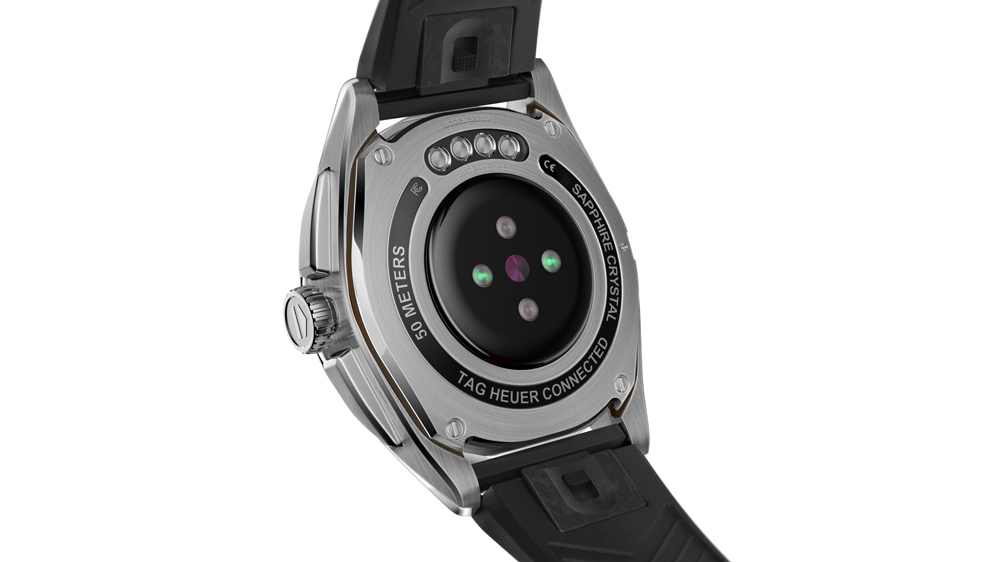 If it’s beginning to seem like your existing Connected model is out of date, don’t worry: Tag Heuer also just announced a new trade-in program, giving customers preferential access to the latest generation models, along with trade-in credits for some existing Connected watches. The older models will be recycled. “We want our customers to be able to take advantage of this new technology,” said Tag Heuer CEO Frédéric Arnault at a press conference. Customers will also have the option to upgrade to Wear OS 3 at no extra cost when it becomes available. 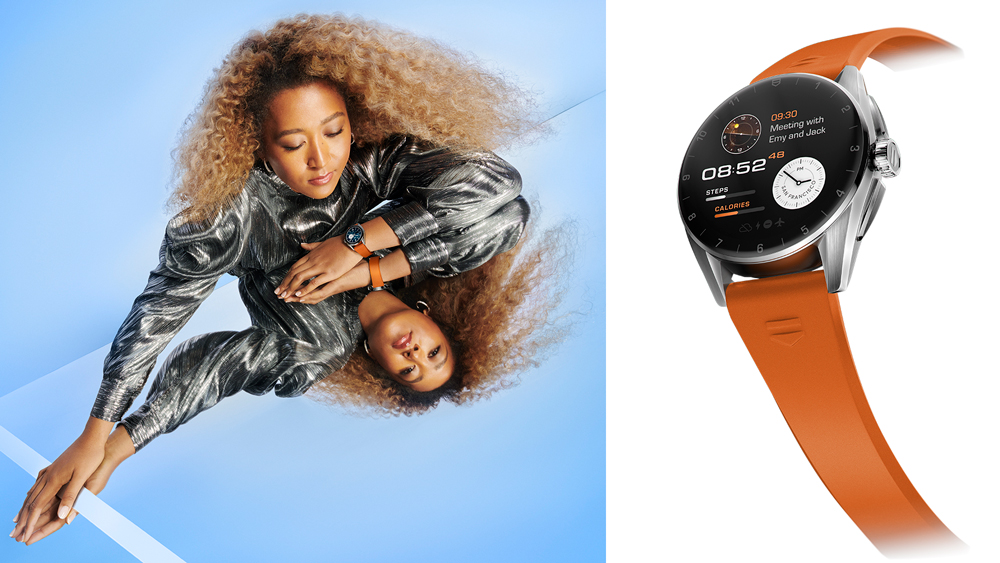 The new series will be supported by an ad campaign featuring tennis champ Naomi Osaka and Olympic sprinter Sydney McLaughlin. The black DLC titanium 45mm model is priced at $3650. Steel with a rubber strap is $2950, and with a steel bracelet, $3250. The 42mm model is priced at $2600. tagheuer.com