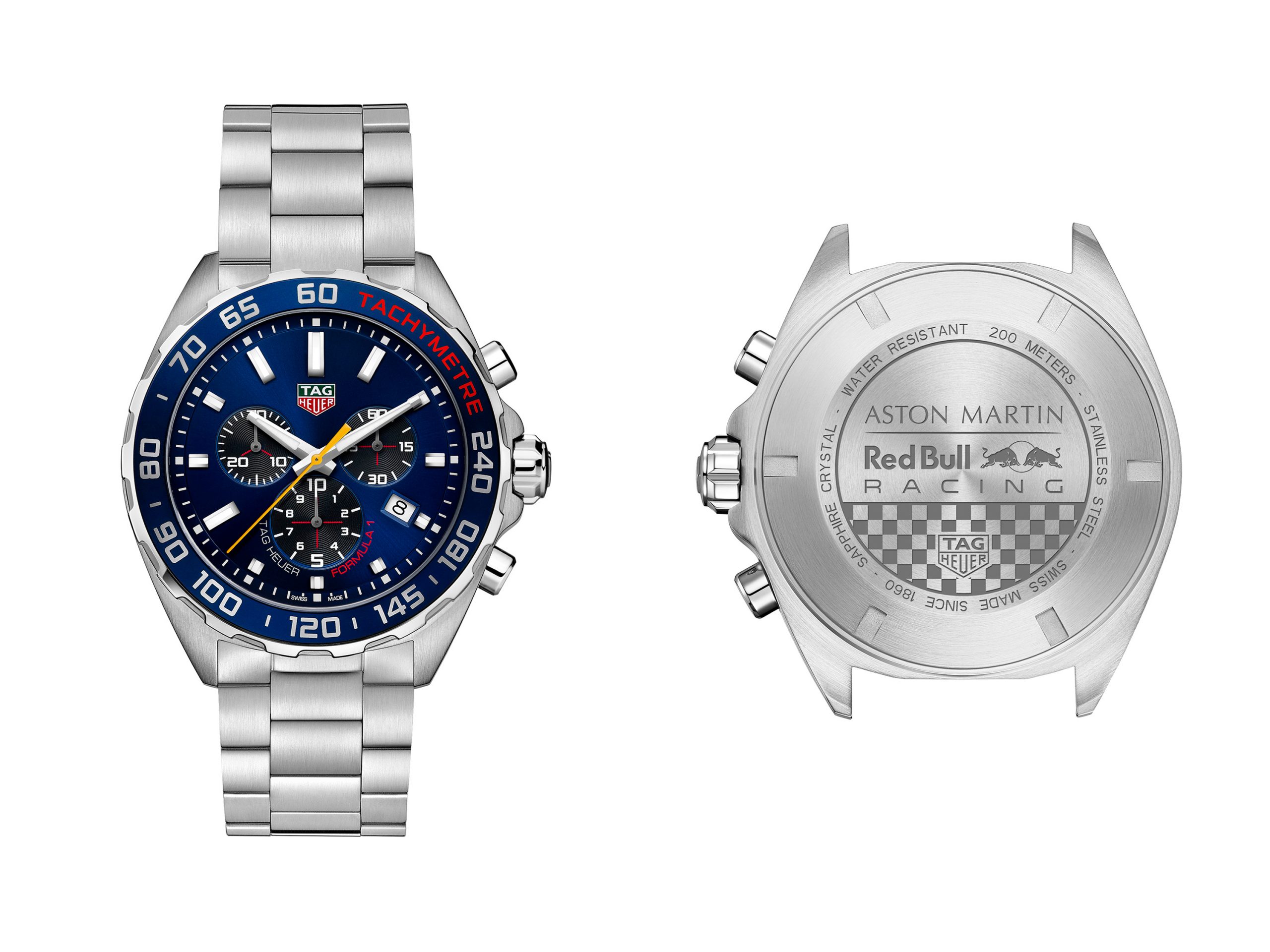 Motorsport and horology are old friends. Brands like TAG Heuer have been solidifying their spot in racing lore over the years, even going so far as to create the ‘Monaco’, after the famous grand prix.

And while we gear up (sorry) for our own Formula 1 grand prix here in Melbourne over the coming weeks, TAG Heuer has unveiled their second special edition watch commemorating their partnership with Aston Martin Red Bull Racing in 2016.

The 43mm special edition chronograph is young, sporty – much like the Verstappen and Albon pairing – and incredibly legible. Developed in close collaboration with the F1 team, the timepiece displays a sleek design which, naturally, draws inspiration from Aston Martin Red Bull Racing’s recently unveiled 2020 championship car.

The blue of the watch’s dial and aluminium fixed bezel matches that found on the car while the identifiable Red Bull colours make a cameo in the form of the yellow chronograph seconds hand and the red tachymeter font.

The steel screw-down case is engraved with the Aston Martin Red Bull Racing team logo over a chequered pattern. The quartz-powered chronograph is presented on a stainless-steel bracelet and includes a drivers’ extension – in case you want to wear it over your racing suit.

Much like the car it is inspired by, function takes precedence for this timepiece with the watch water-resistant to 200 metres and impressively shock resistant, enduring more than 60 quality control tests.

Here’s hoping when the lights go out in Melbourne, the Aston Martin Red Bull Racing team makes as good time as this new watch.