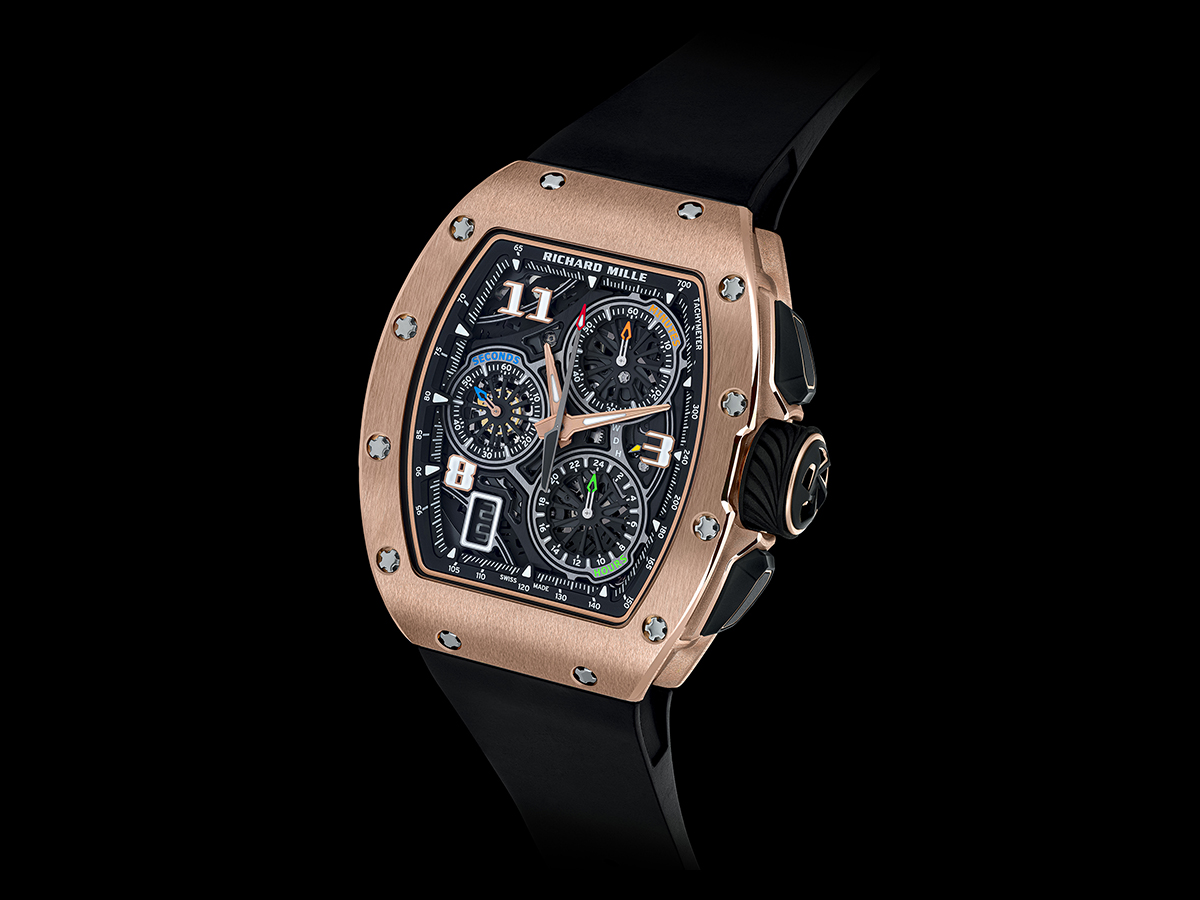 Richard Mille has released its replacement to the much-loved RM 11 flyback chronograph in the RM 72-01.

The timepiece maintains the Swiss haute horologer’s signature look through its iconic curved tonneau case, coming in at 38.4mm by 47.3mm and held together with 20 spline screws.

True to Richard Mille, the dial features skeletonised bridges and plates with micro-blasted surfaces and hand-polished pieces which add to the visual spectacle of the dial. Furthering its appeal, the chronograph layout of the RM 11 has been scrapped in favour of the 1-5-9 positioning of the subdials. 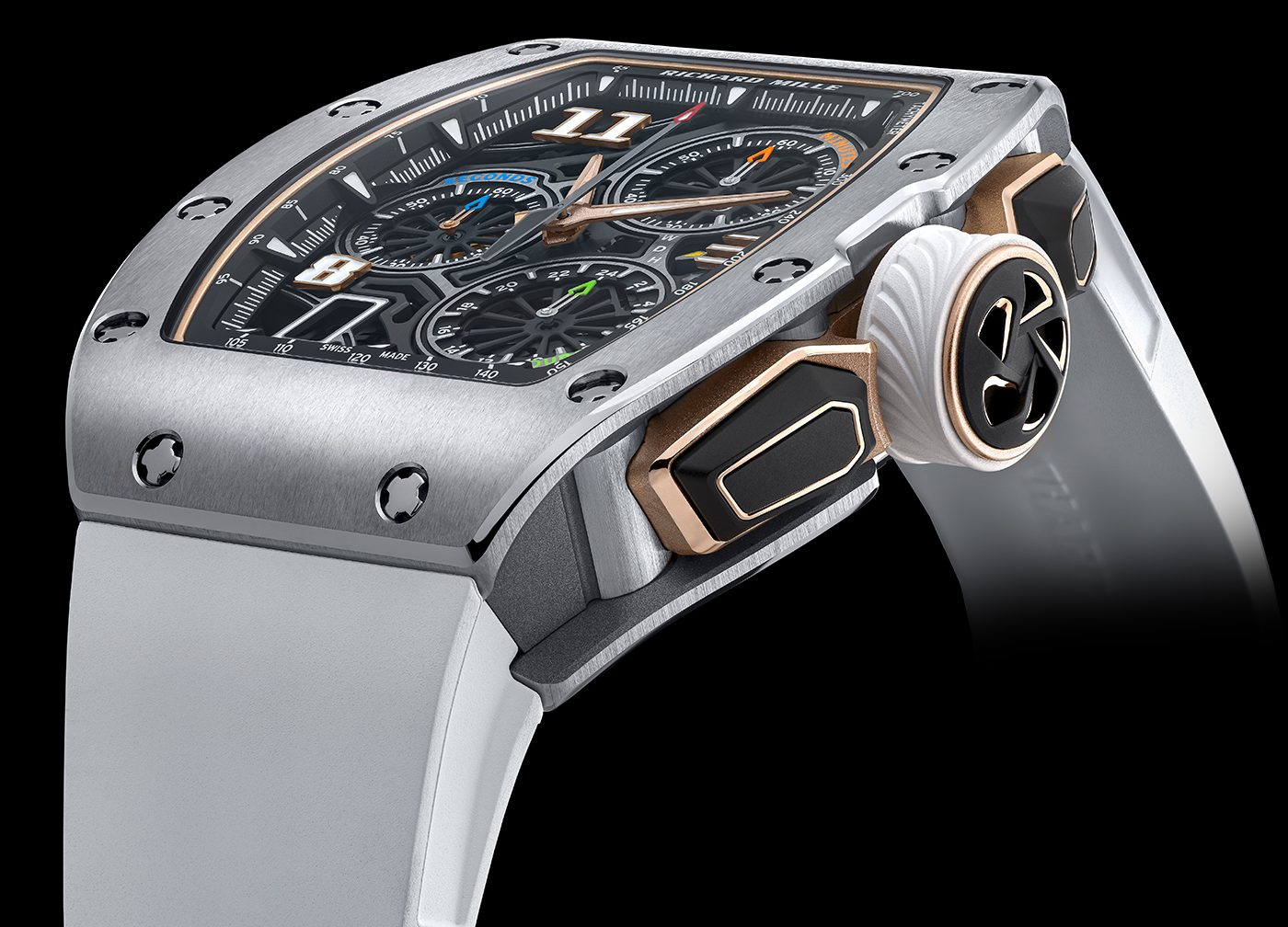 As is the case for all Richard Mille’s, a wide sapphire display back gives a clear view of the new in-house built movement – the titanium calibre CRMC1 – which is the first flyback chronograph entirely produced in-house with a mechanism patented by the brand in its history. 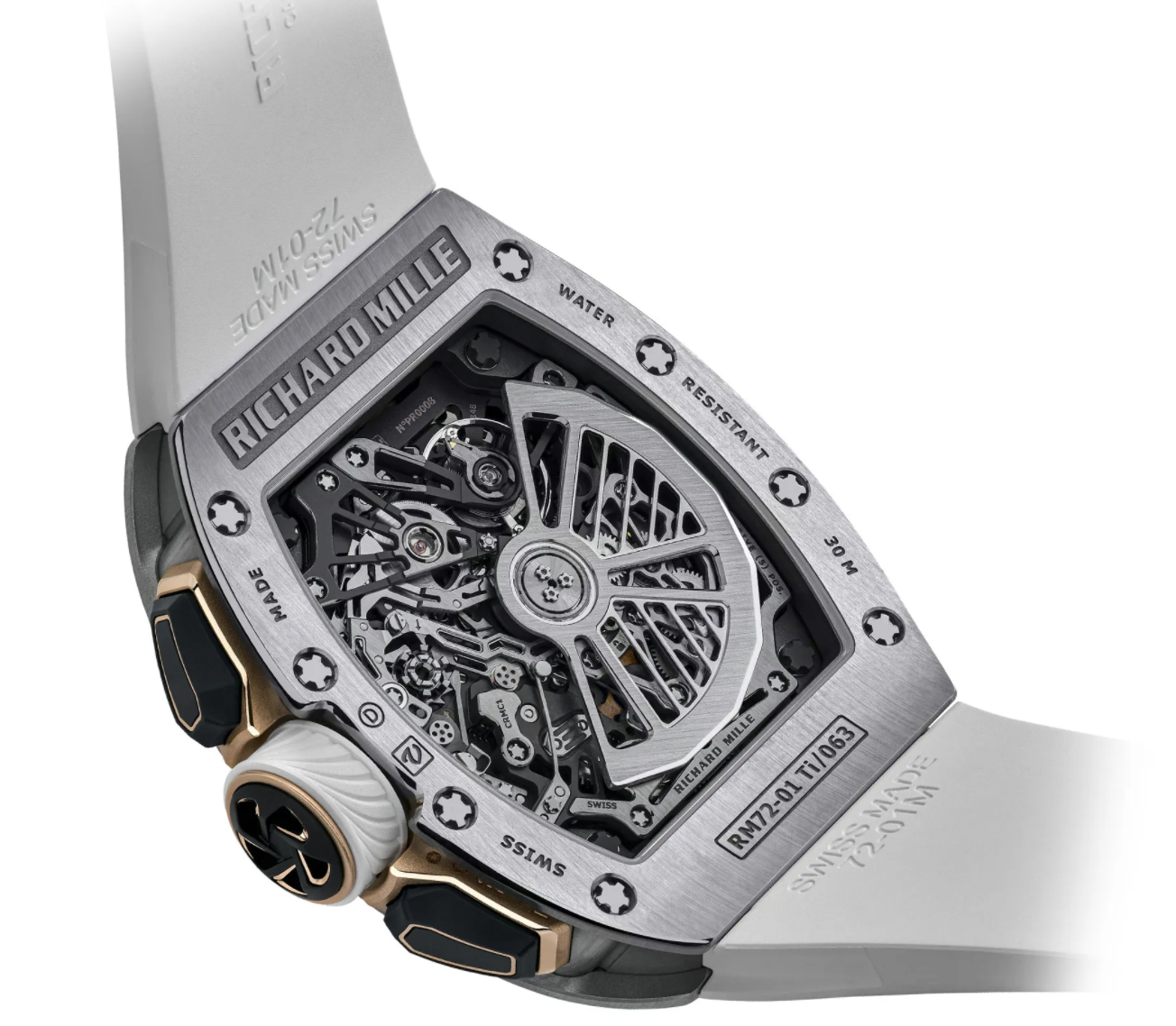 The new calibre boasts an oscillating pinion chronograph coupling system. This sees all three chronograph hands receive torque directly from the mainspring barrel, resulting in timekeeping that is completely unaffected by the use of the chronograph.

In typical fashion, RM 72-01 is attached to the wrist with an integrated tapering rubber strap, in either black or white.